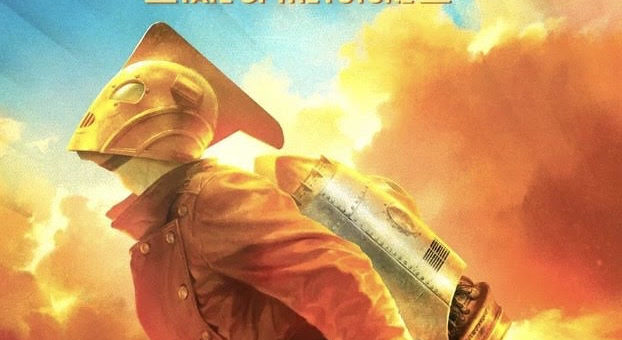 A cult classic Disney film, and one of the superhero genre’s most overlooked entries, it appears as though Funko Games announces brand new The Rocketeer Board Game!

Themed after the memorable 1991 classic, The Rocketeer: Fate of the Future is a new board game that is based around the beloved, jet-pack-wearing hero and his quest to protect the technology that helps him keep the skies safe. 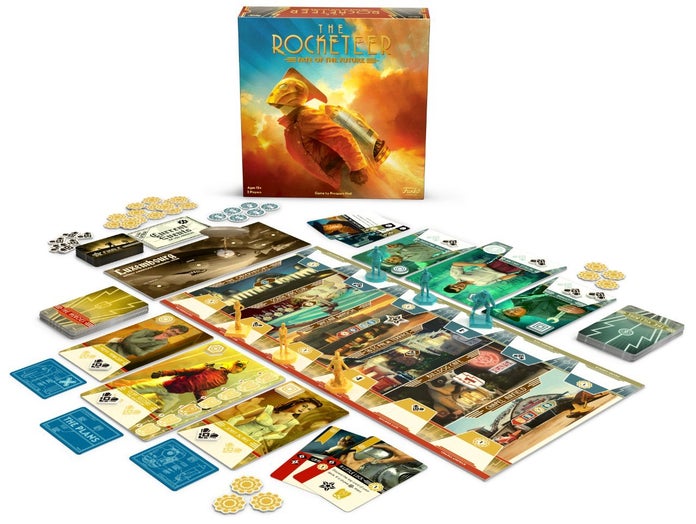 A game that requires two players, the objective is twofold; for those playing as the Rocketeer, they must protect the jet pack’s plans from the opposing players, or you’ll play as the villainous Neville Sinclair and attempt to weaponize the technology for war and profit.

The board game will include sculpted, miniature, pieces with the likeness of characters like Rocketeer, Sinclair, Jenny, Peevy, Lothar, and Valentine; with an additional miniature of The Luxembourg. 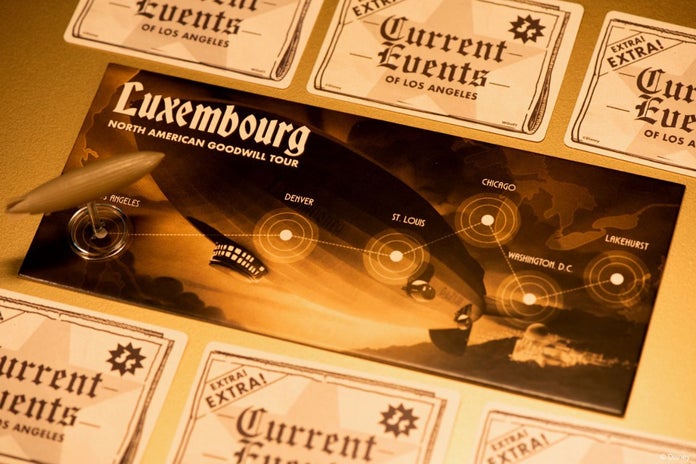 The game will retail to the public for $24.99, and will be made available at Gen Con; then hitting the general retail market later this fall.

Comicbook.com first reported the game, and relayed the description below,

The Rocketeer: Fate of the Future Game: Trouble is brewing high above the sicty of angels! The mysterious Rocketeer- who can blast through the skies with an ingenious jet-pack- must stop a sinister plot! Hollywood actor Neville Sinclair is scheming to steal the coket’s blueprints. 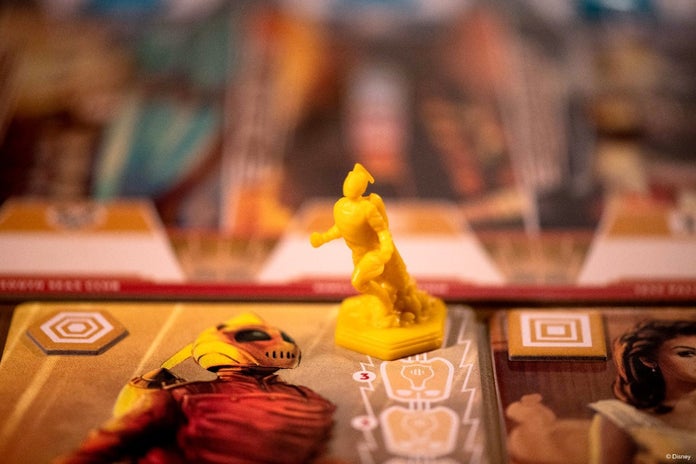 This breakthrough of modern engineering could revolutionze the future of flight. But in Sinclairs hands, it coul dfuel the dark future of warfare. Play as the heroes or the villains in this action-packed strategy game for two players. Wether for good or evil, you will detemrine the future!

The fantastically crafted game not only has the original and interesting gameplay but features many design elements that bring to life the art deco style of the 1930s that the original Rocketeer has come to be known for. 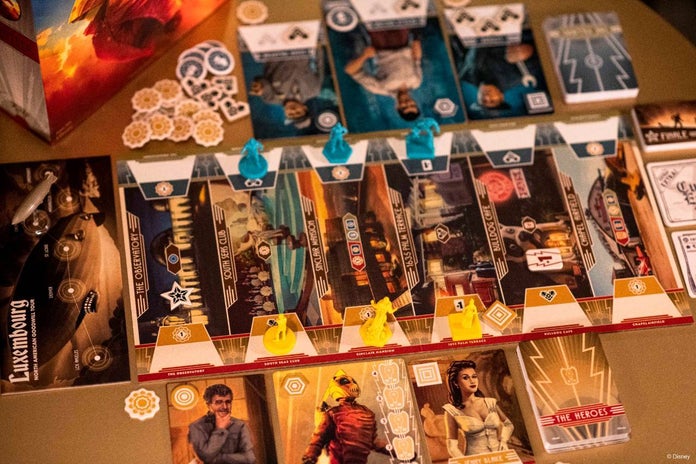 The game of cat and mouse combines the mental requirements of a simple strategy game while accompanying it with clever theming of a beloved Hollywood classic; all while being easily accessible to any fan wanting to enjoy a simple game with a friend.

With the news surfacing that Funko Games Announces The Rocketeer board game, What do you think about the film? does it make you want to experience The Rocketeer: Fate of the Future? Let us know below!