We had the fantastic opportunity to stay at Disney’s Riviera Resort recently in one of their deluxe studios, and we thought we’d take along for a tour of the room! 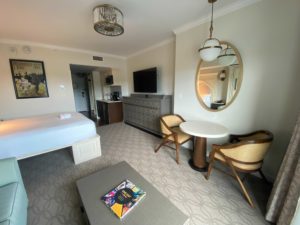 Walking into our room, we were taken aback by how beautiful the room was! 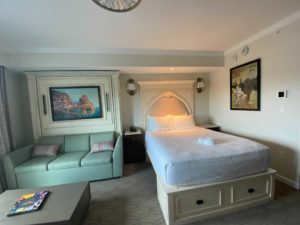 One thing we also noted was how spacious the studio felt when it could have easily felt cramped. 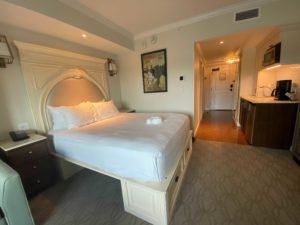 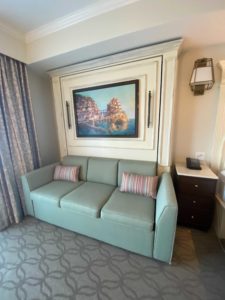 When the sofa is pulled down for the queen-sized bed, a painting of Perdita, Pongo and all of their puppies can be seen while they’re watching TV. 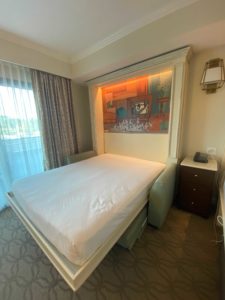 Can you believe this is where another bed is hidden?! 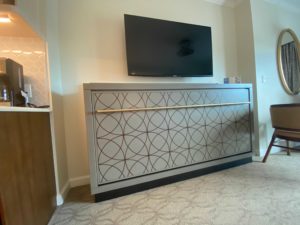 The single trundle pull-down bed revealed an adorable painting of Pascal in Rapunzel’s art style and even had its own built-in light that could be switched on and off when needed. 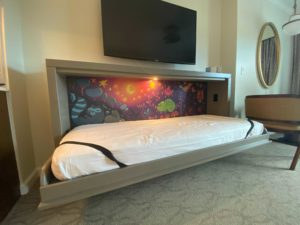 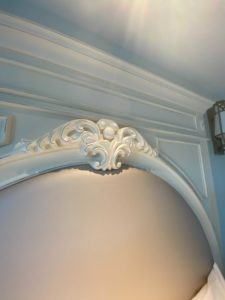 Beautiful details were incorporated into the room, including this elegant Mickey at the top of the bed frame. 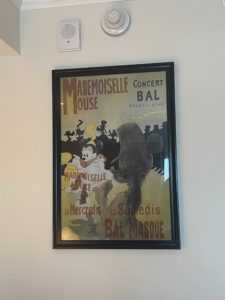 Of course, Riviera touches were also incorporated including a Mickey Mouse poster in French, and the Riviera Resort’s logo on the curtains. 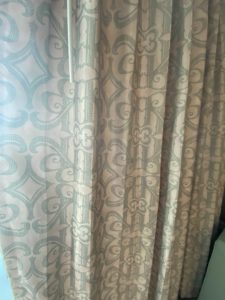 It wouldn’t be a Disney Resort stay without towels shaped into a Mickey head! 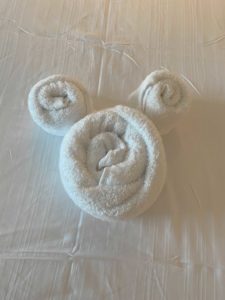 We didn’t have the greatest of views from the balcony with booking the standard view, however, we were so enamored with the room that we never even ventured out there! 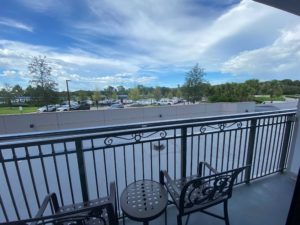 The studio included a full kitchenette, including a microwave, fridge, and coffee maker. 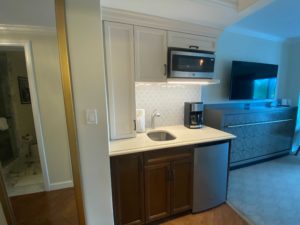 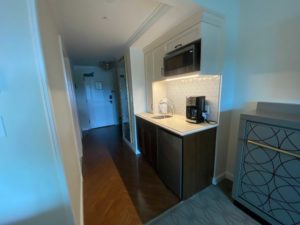 Other items included in the room were extra bedding and pillows, an ironing board, and a vacuum.

There is always a list of items that can also be requested when staying at a Disney resort that includes a crib and a smoothie maker, among other items. 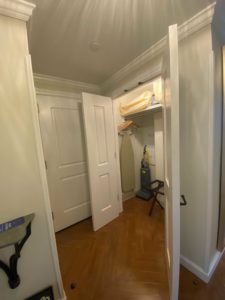 Now onto the bathroom, which featured a full sink, as well as a bathtub and two showers, with one of those showers being above the bathtub. 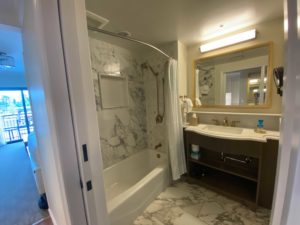 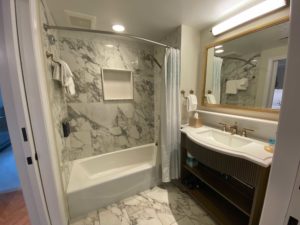 The bathroom was separated into two, with doors allowing each room to be closed off from another, so someone could be using the shower with someone else using the bath. 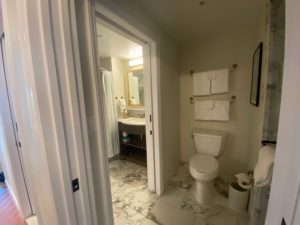 The second shower was in the same area as the toilet and boasted a rain shower head, in which the water falls directly from above. 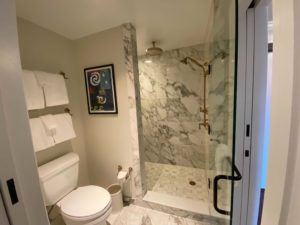 If you have never experienced a rain shower, you will be blown away by the relaxing experience that comes with it. The only downside is that every other shower will never compare! 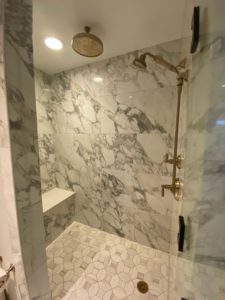 What do you think of the Deluxe Studio at Disney’s Riviera Resort? Let us know in the comments below.