If you’ve been following along with MickeyBlog you’ll know that we’re at the Magic Kingdom this morning. 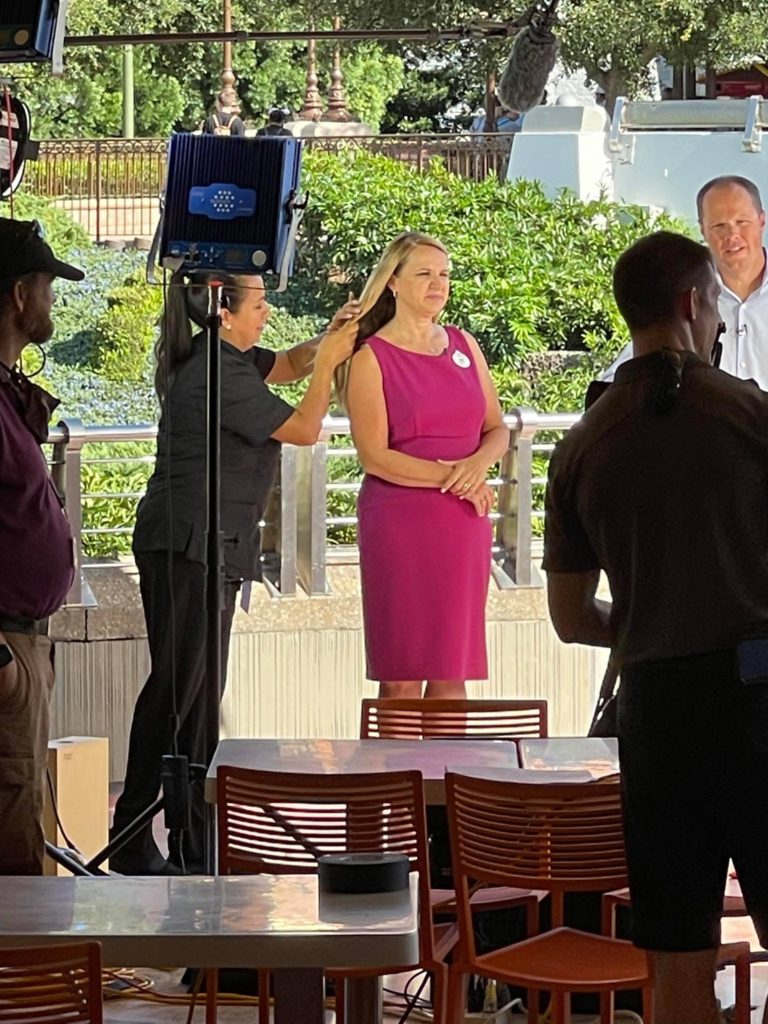 During our hunt for 50th Anniversary merchandise this morning, we noticed that filming was going on. 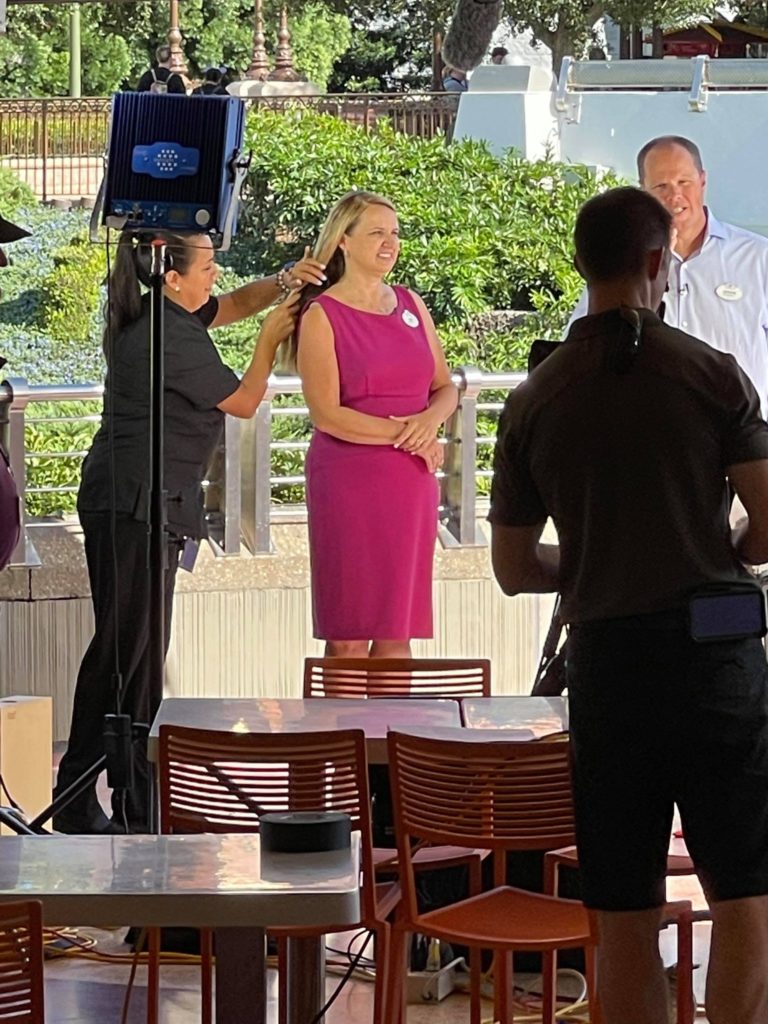 Just last week we reported that Tomorrowland Terrace was closing. 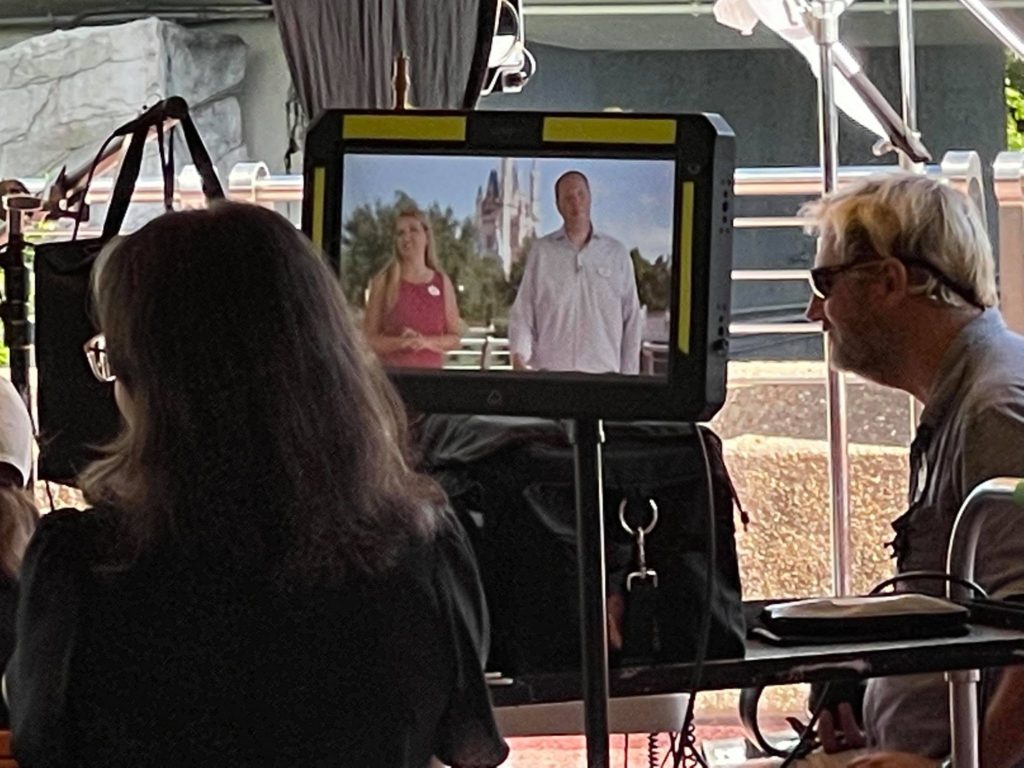 This eatery between Main Street USA and Tomorrowland served as a substitute for Columbia Harbour House during it’s lengthy closure. 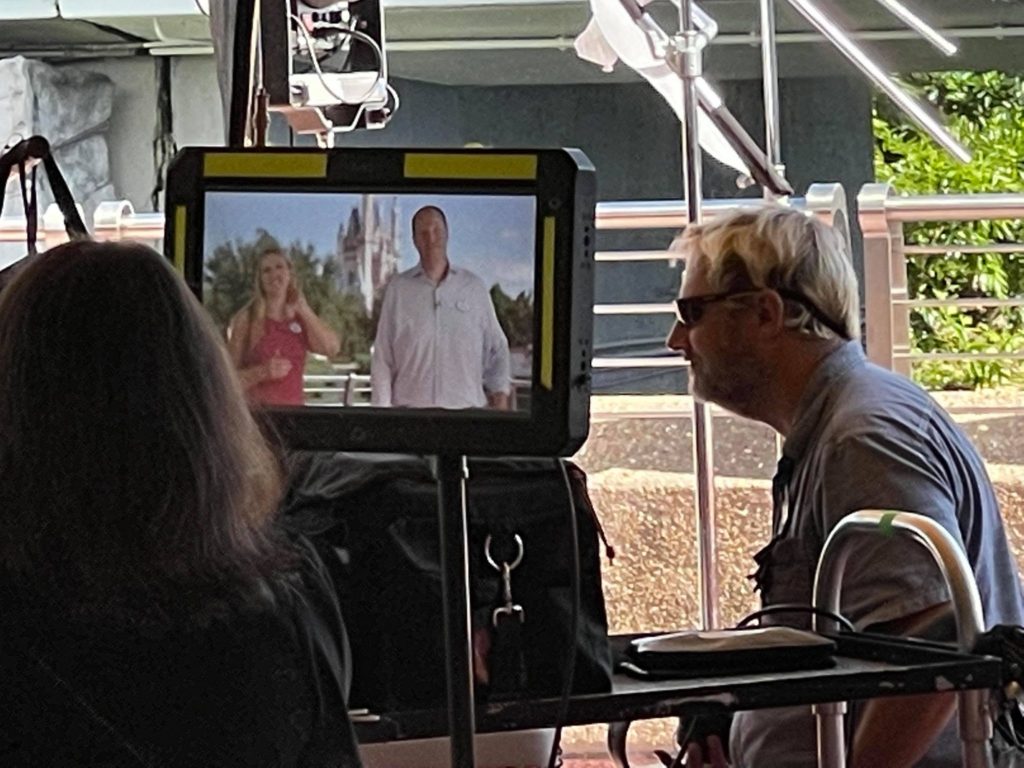 With Harbour House reopened now, the Tomorrowland Terrace is on hiatus. 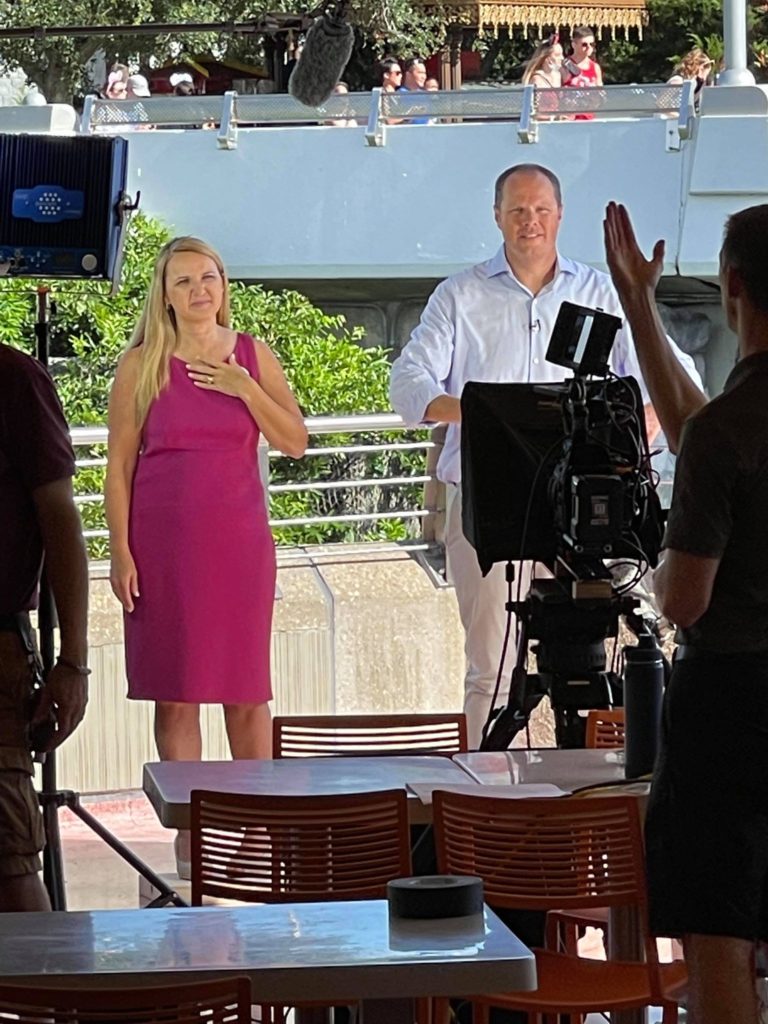 With it’s open air terrace and stunning views of the Magic Kingdom, that makes this the perfect spot for filming. 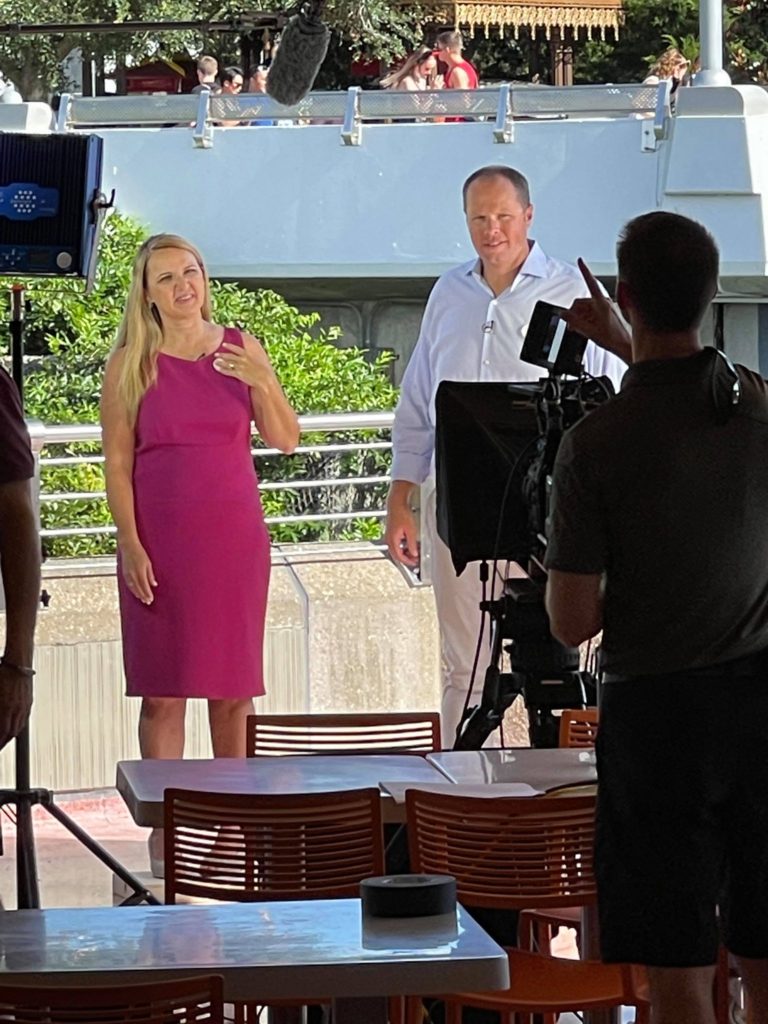 As we walked through the Terrace this morning, we noticed that a mini film set had sprung up. 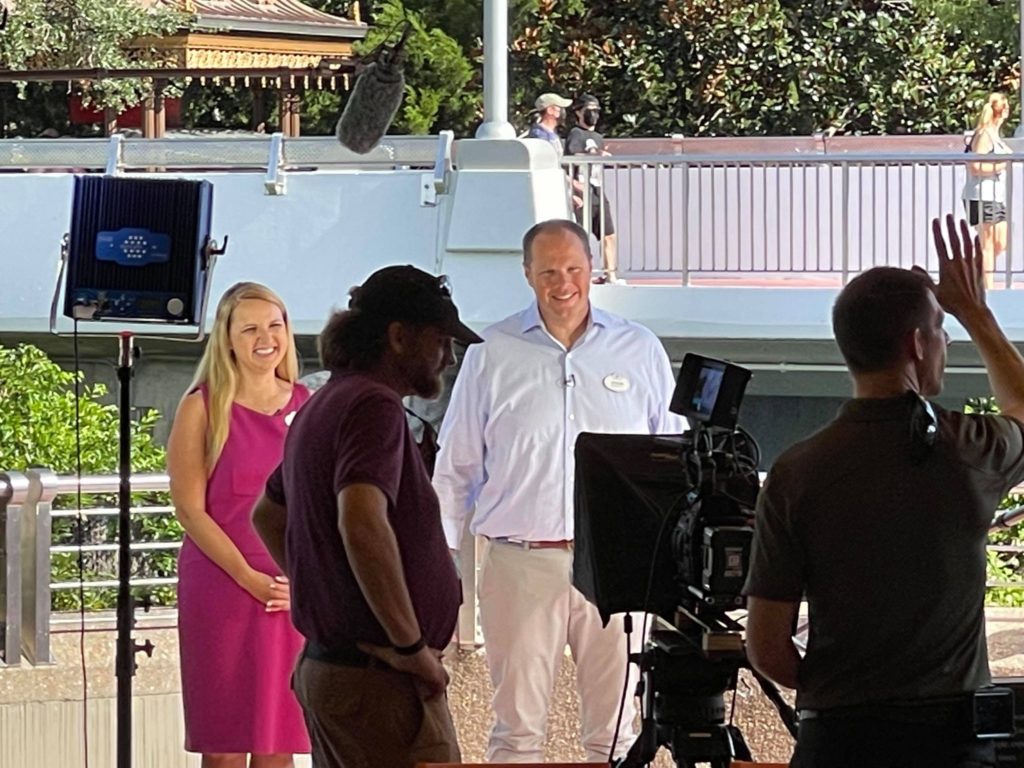 On hand were a man and a women with cast member nametags.

The duo were prepping for the shoot so it was hard for us to determine the content. 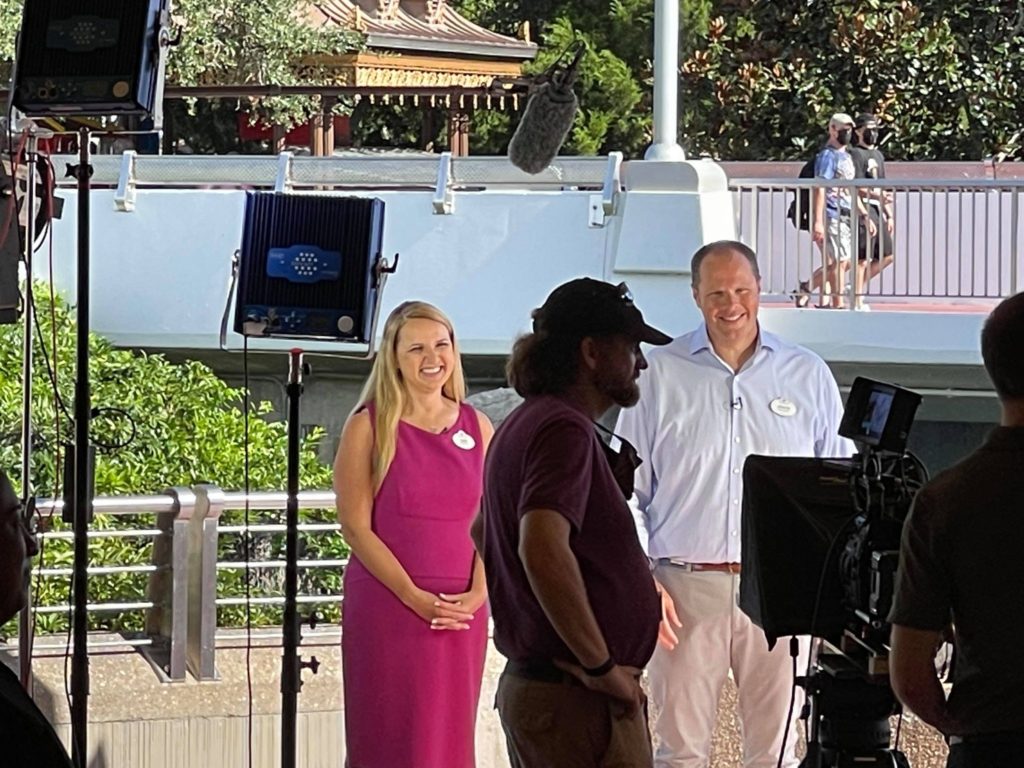 There are many things that it could be. 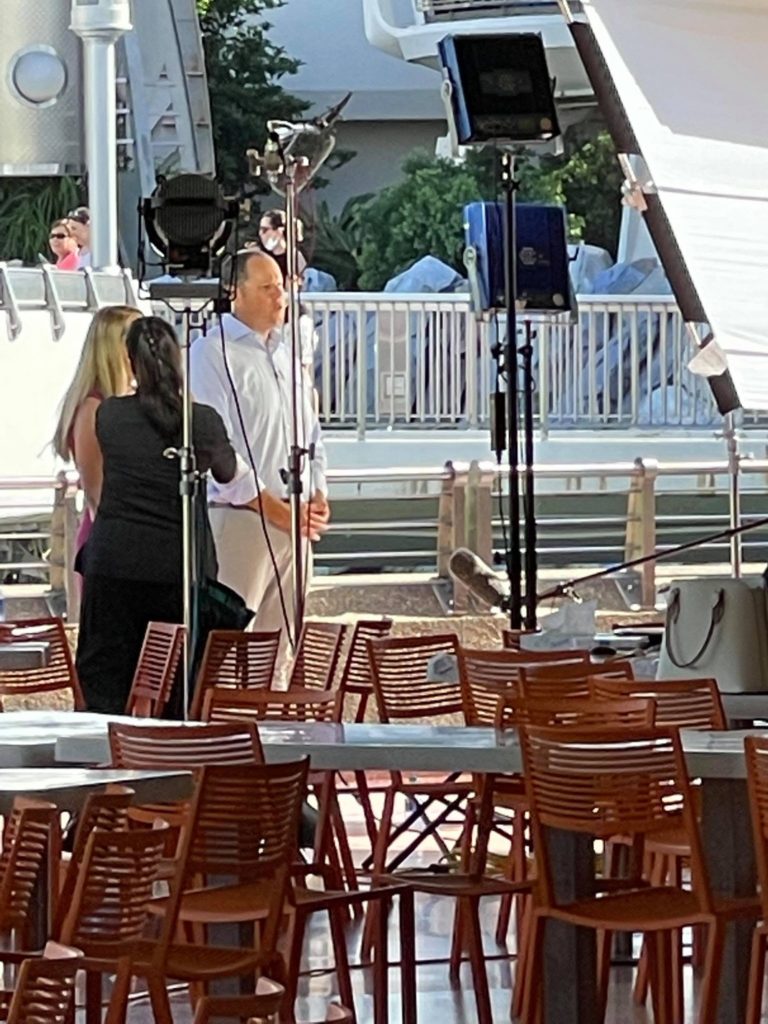 Our thoughts were something for Disney World’s 50th Anniversary, a PlanDisney how-two or even the latest news from Disney Parks Blog. 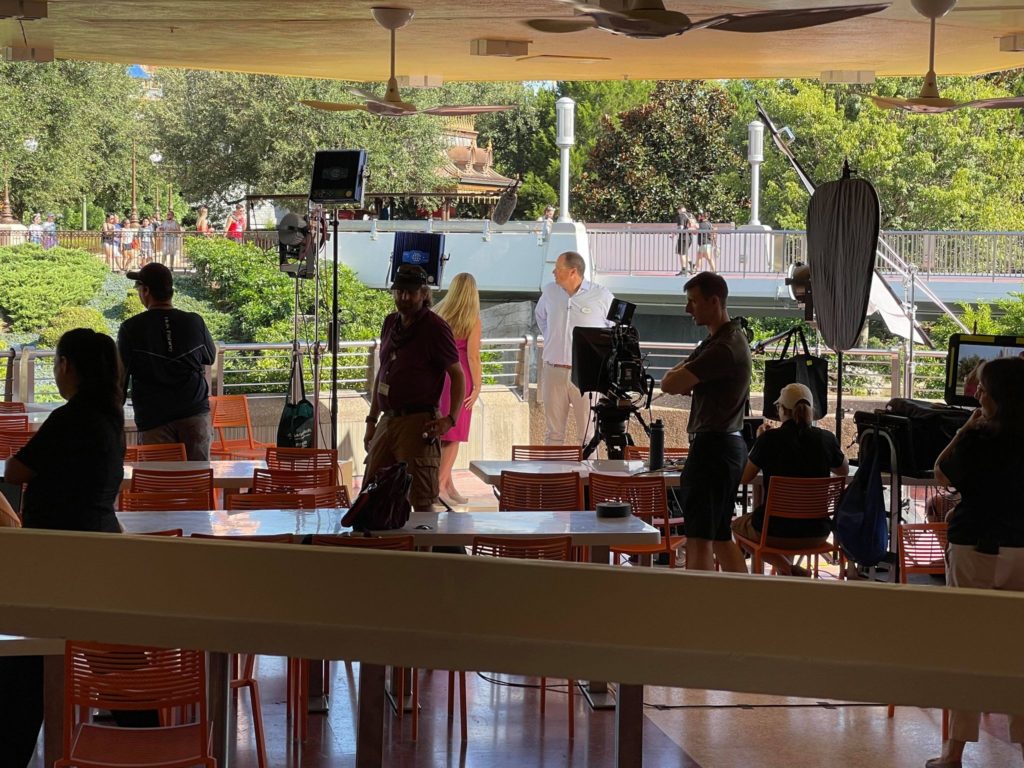 Filming happens at Disney all the time. You just don’t know it! 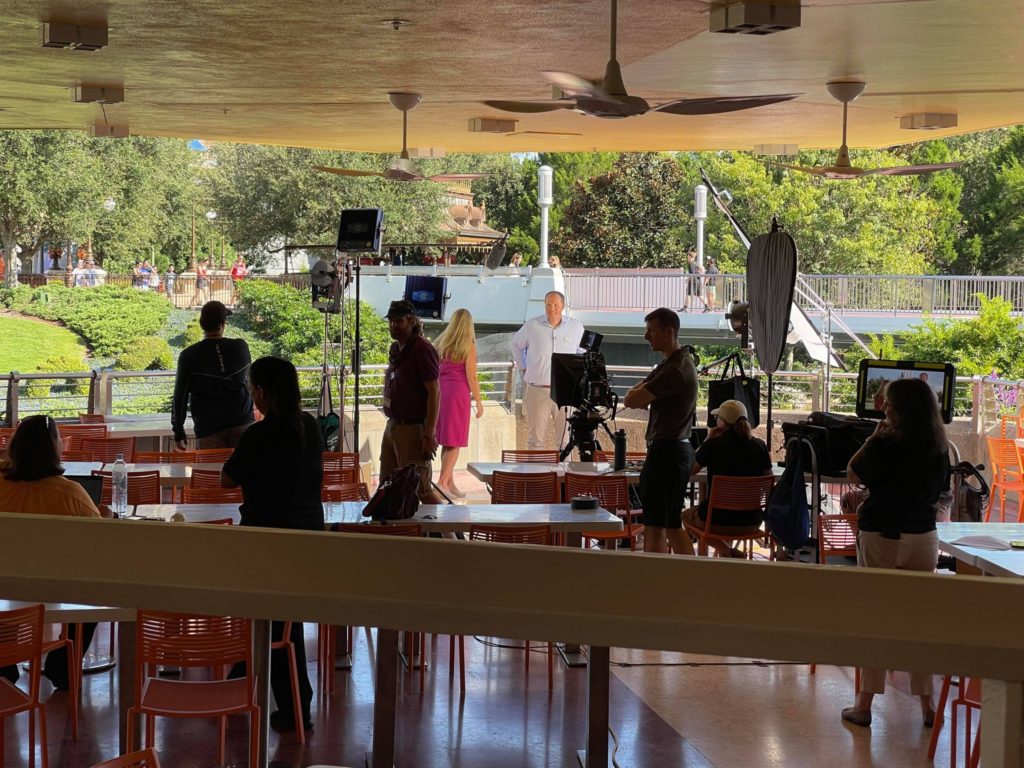 It’s rare to see film shoots happen out in the open like this which makes it a rare occasion. 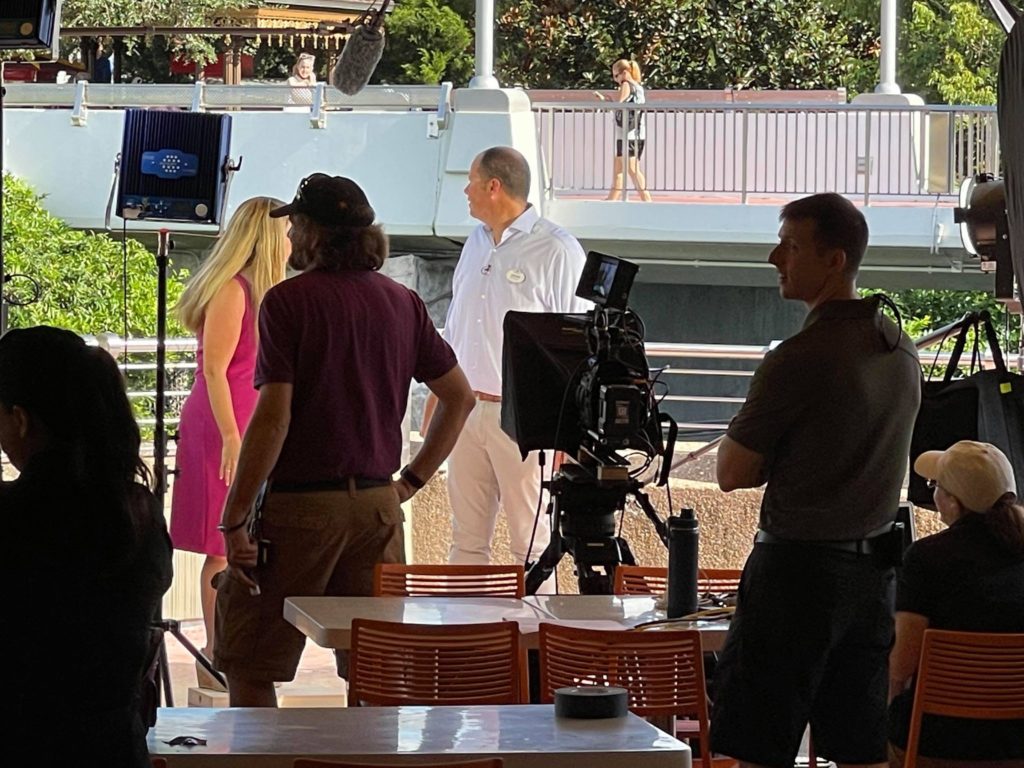 Disney usually has a whole system in place where they’ll move tall shrubs or other scenery or other props to hide the areas where filming is taking place. 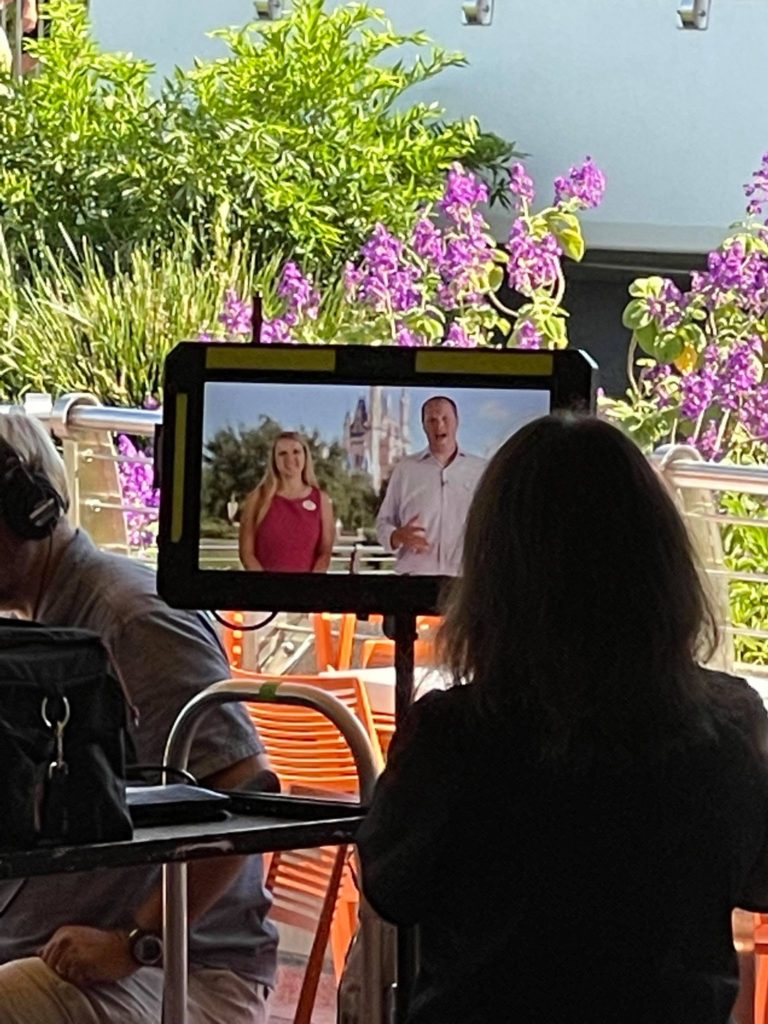 That way they can record undisturbed while guests walk right by. 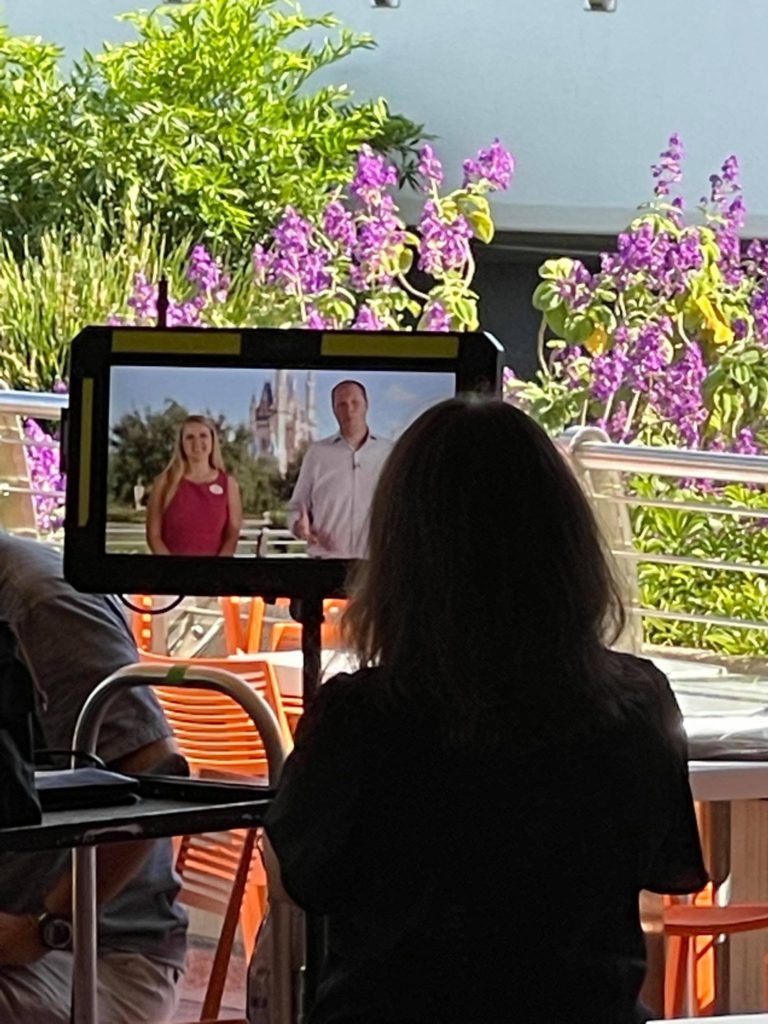 We’ve seen this happen many times, most recently during the last season of American Idol where they did a ton of filming for Disney night! 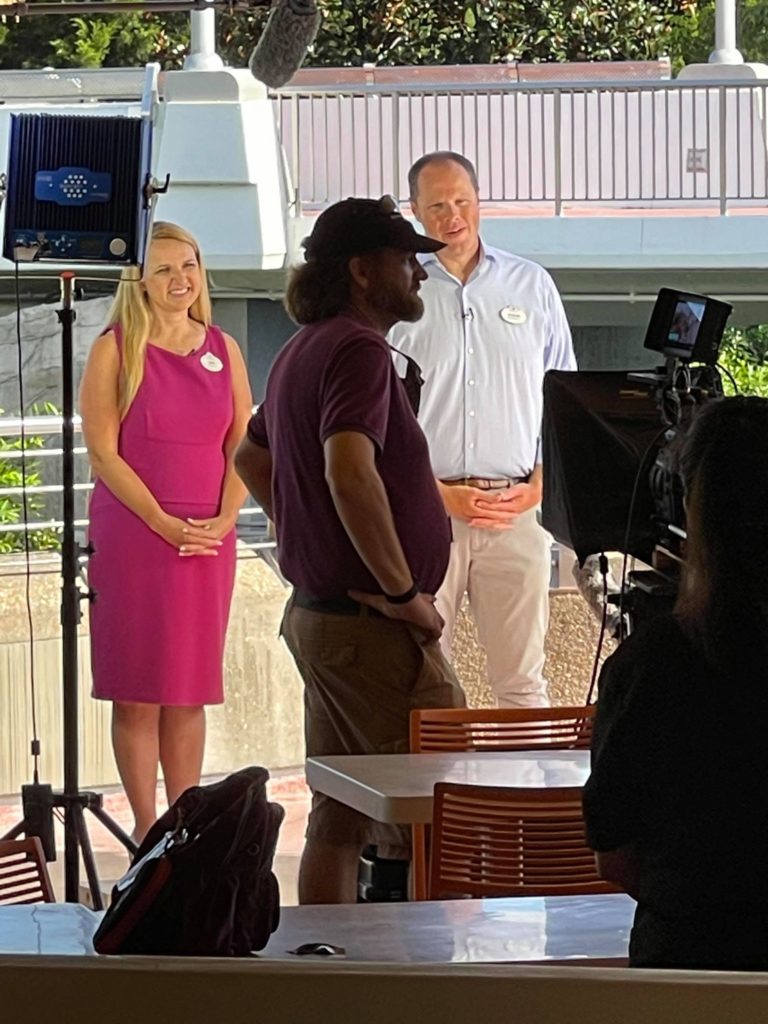 The sun is shining in Magic Kingdom today making it the perfect day to shoot. 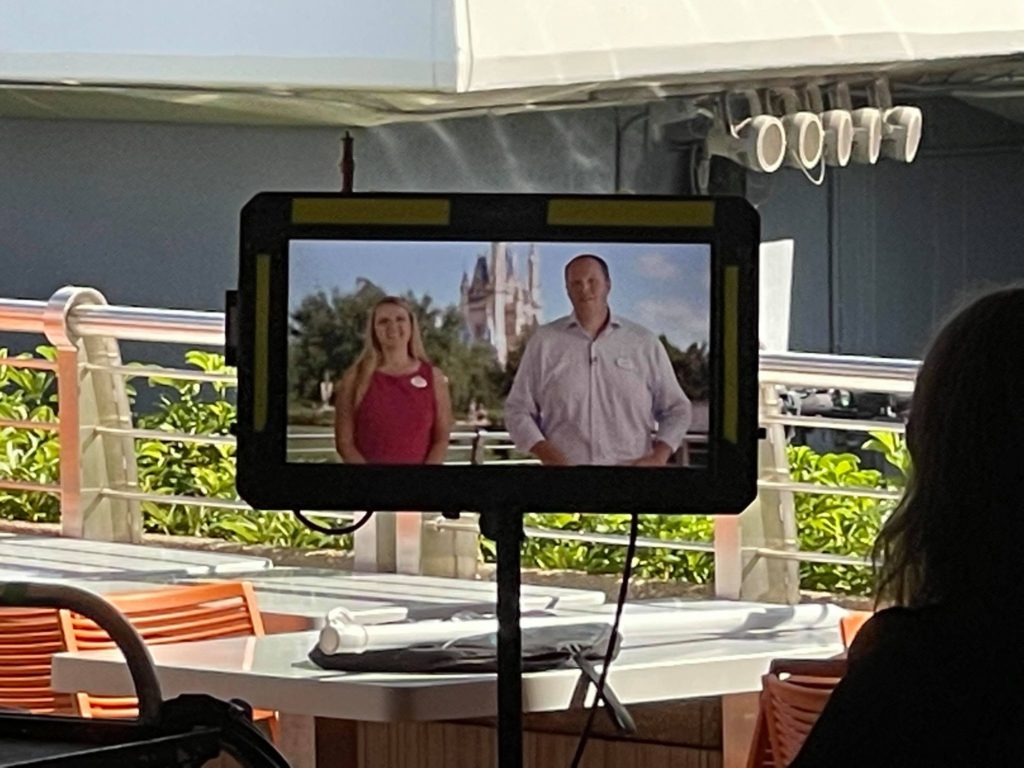 Just look at that frame! Cinderella Castle looks beautiful in the background! 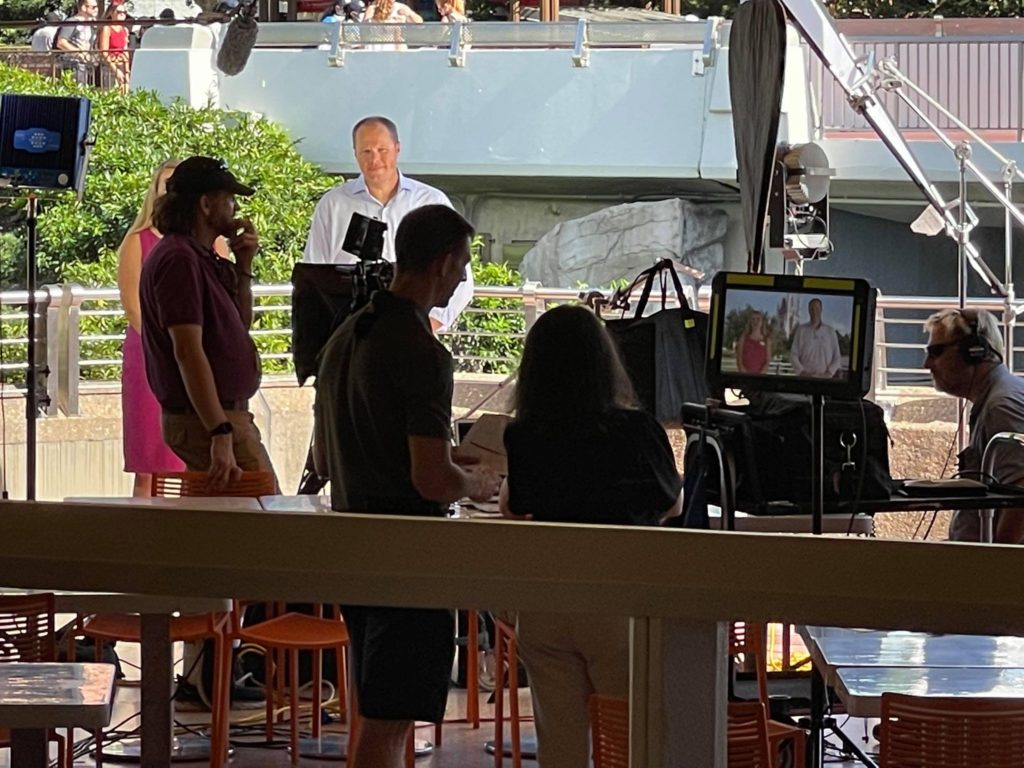 We’ll definitely be on the lookout for what the finished product might be. 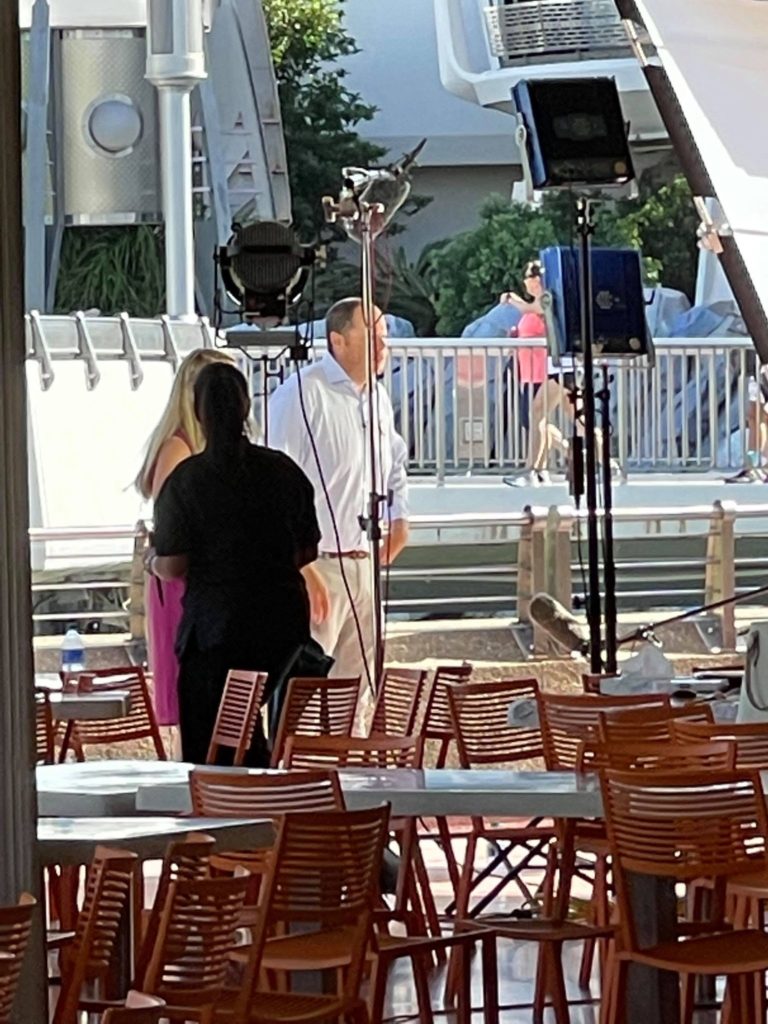 Keep following along with us and we’ll share the details with you as soon as we know more! 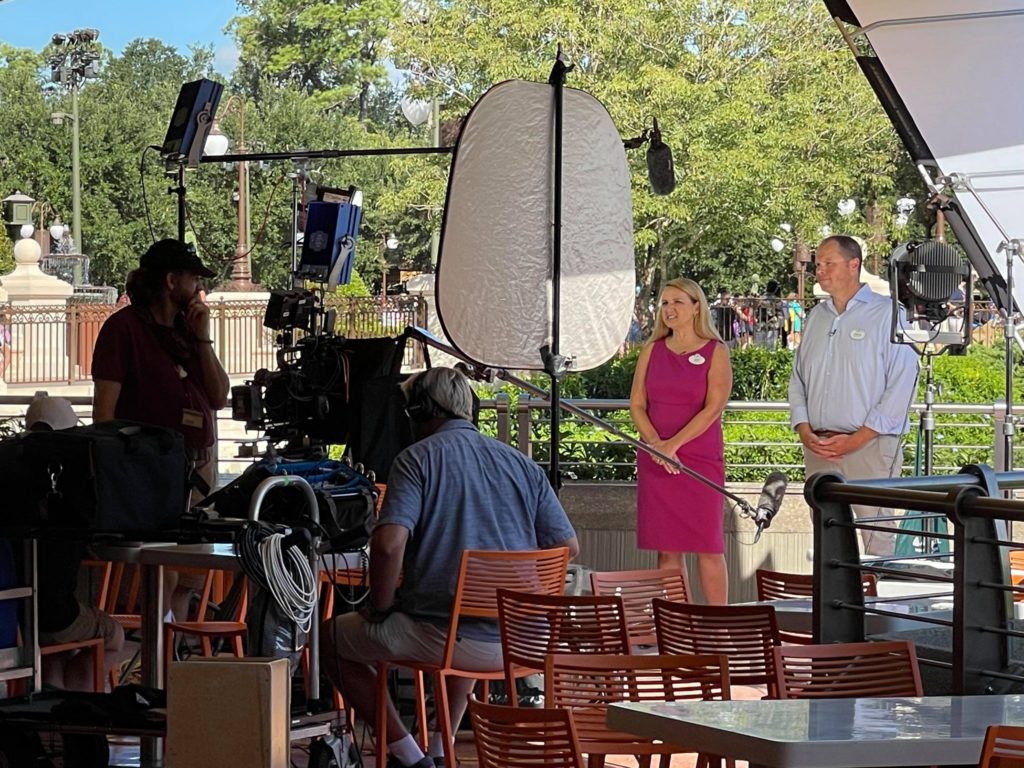 In the meantime, we’re continuing our hunt for new 50th Anniversary Walt Disney World merchandise which just dropped this morning! 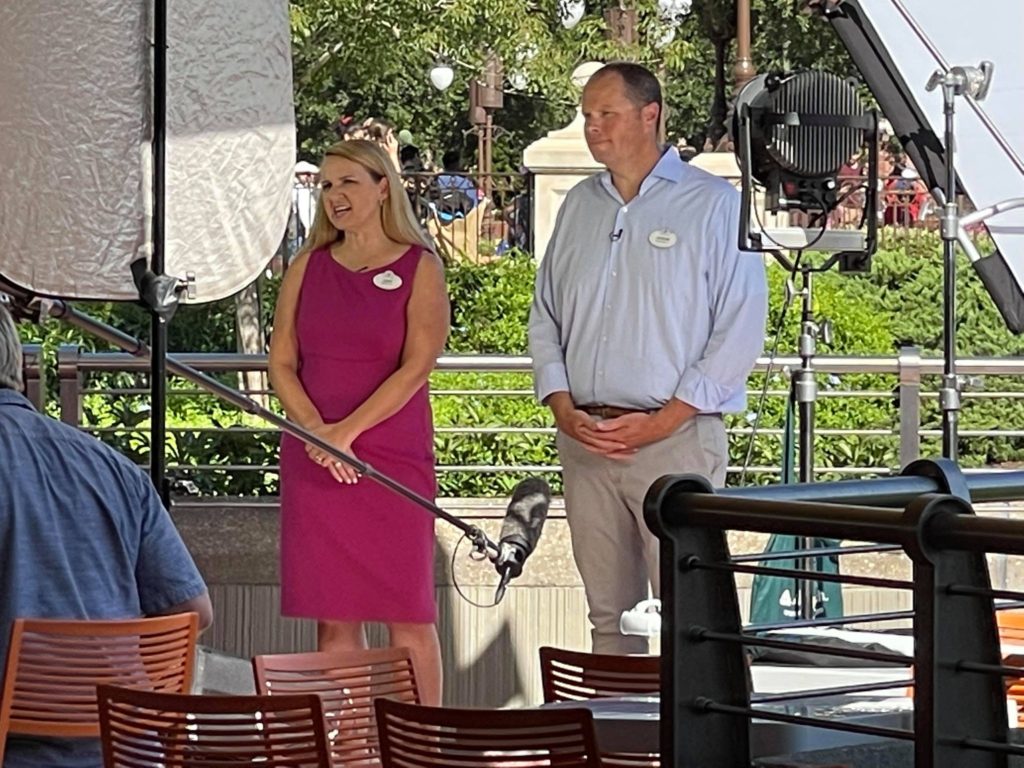 Today marks the 50 days until the 50th Anniversary kick-off on October 1st. 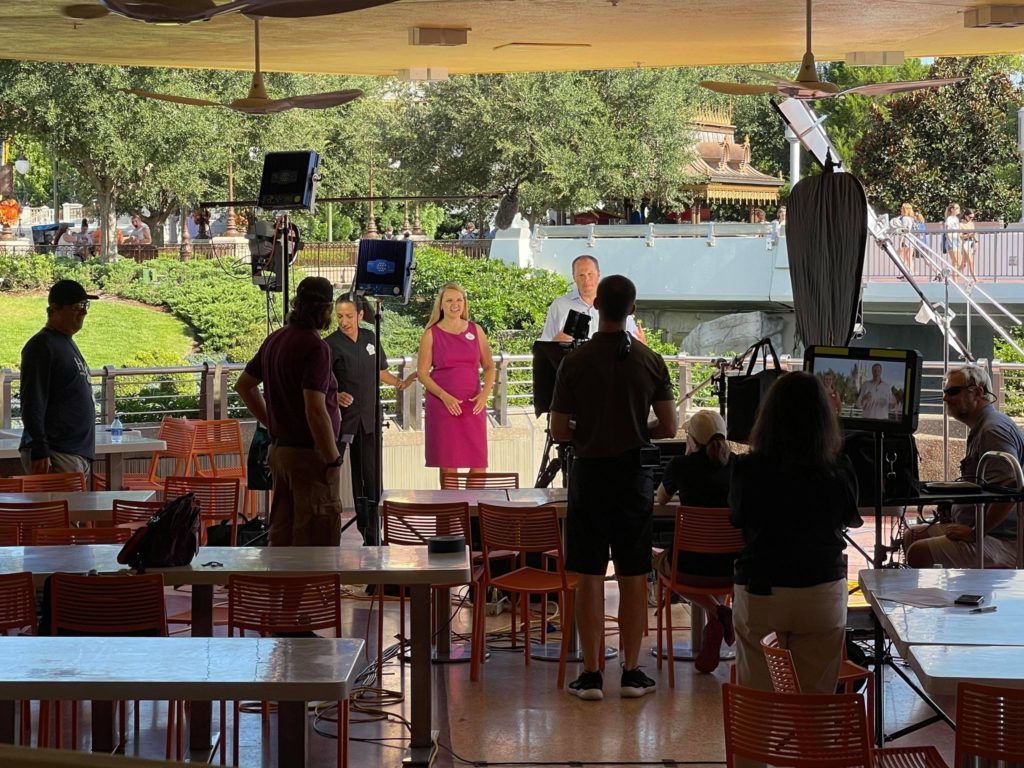 With that in mind, we’ll be coming to you LIVE! from the theme parks each and every week so that you don’t miss these magical happenings! 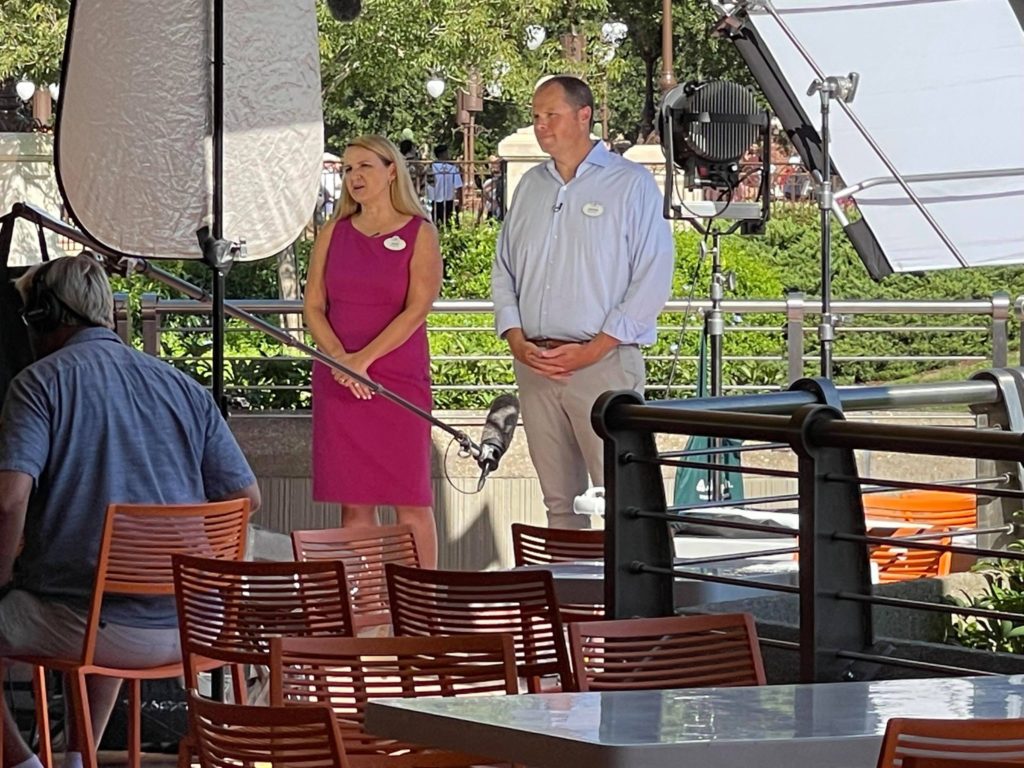