“What If … ?” Begs Questions Around Peggy Carter

It was a long three weeks to wait for the next Marvel release on Disney+. However, it appears the Marvel Cinematic Universe had plenty of time to come up with all sorts of new timelines for us to explore in their next original series, “What If … ?” The series dropped on Disney+ today with its first episode: “What If … Captain Carter Were The First Avenger?” 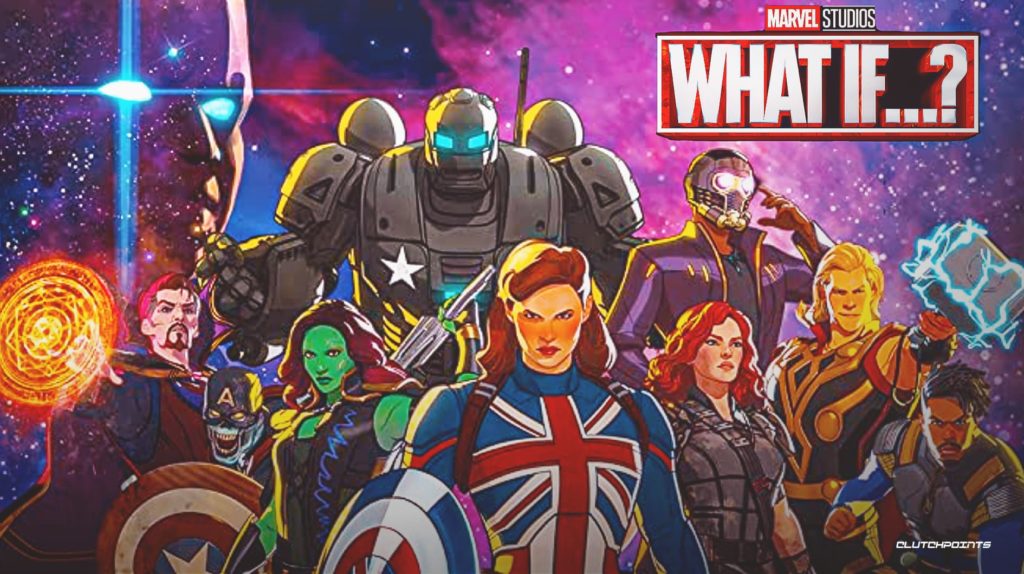 In “Loki,” Miss Minutes described the tiny changes that can trigger a nexus event during the TVA orientation video. Something as simple as being late for work was enough to create a new universe, and the writers of “What If…??” have definitely taken this to heart.

The episode begins with the ever-familiar Marvel fanfare. The difference, as we’ve seen before with color changes in other Marvel shows, is the sudden shift of the logo to match the cell-shaded animation style of this new show.

Jeffery Wright’s Uatu “The Watcher” opens the show with a narration. To anyone who watched “Loki”, this should sound familiar. Gone are the strands of thread and in is a prism analogy to describe the infinite possibilities of the multiverse. 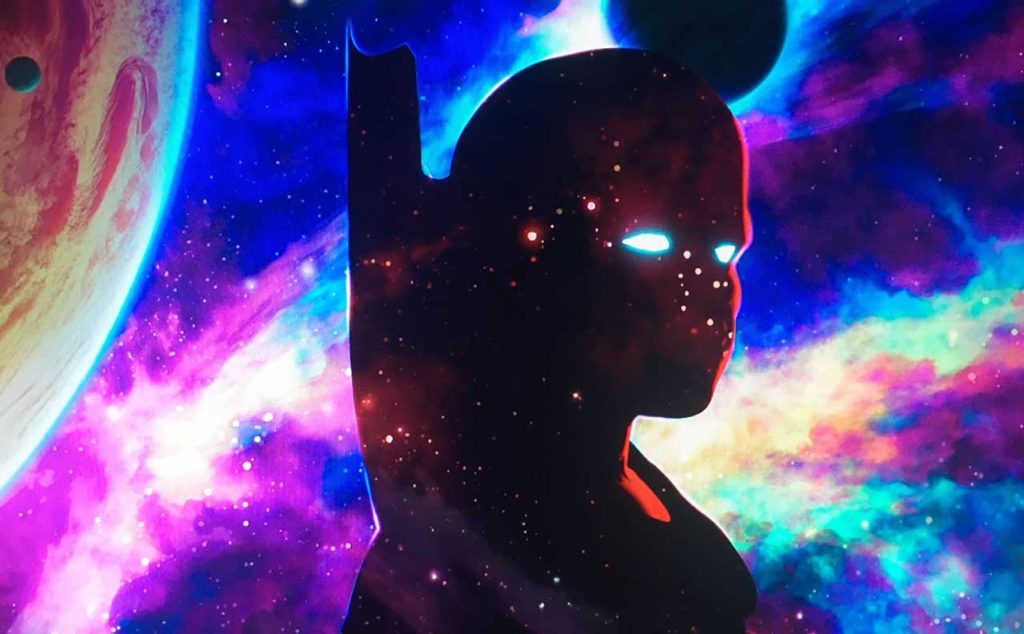 “Wouldn’t you be more comfortable in the booth?” asks Stanley Tucci’s Dr. Erskine to Peggy Carter as the episode starts, offering one of many throwbacks to lines in “Captain America: First Avenger.” A skinny Steve Rogers enters the chamber where he should become Captain America. 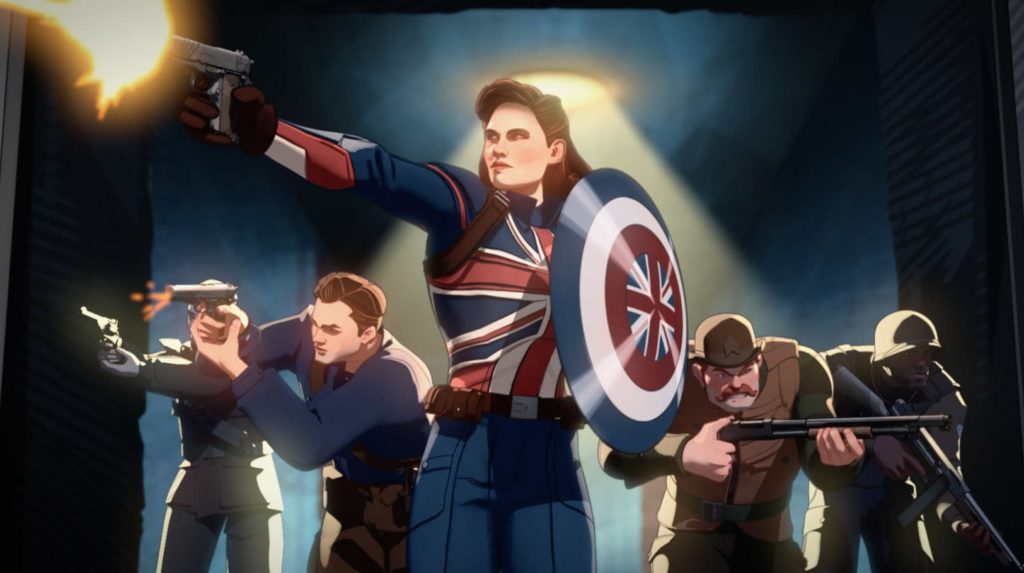 In the original 2011 movie, Peggy agrees and leaves the floor. However, in “What If … ?,” Variant Peggy replies, “No, I’d prefer to stay.” (It appears Peggy took inspiration from fellow Disney+ show “Hamilton” to be in “the room where it happens.”) 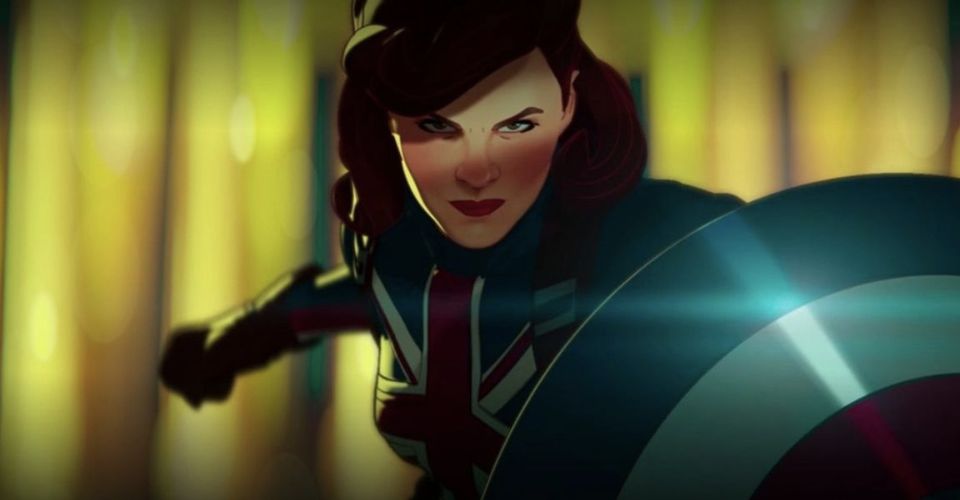 The other members of the audience follow her lead and remain as well. This causes the Nazi infiltrator to push up his plan and attempt to steal the serum pre-transition. An explosion leaves Rogers partially paralyzed, kills Tommy Lee Jones’ Chester Phillips and nudges Agent Carter to enter the chamber instead to come out as Captain Carter.

With Chester Phillips dead, John Flynn becomes the new head of the SSR. Flynn first appeared in the Marvel One-Shot “Agent Carter” as the SSR sexist boss who refused to acknowledge Agent Carter’s skills and knowledge. 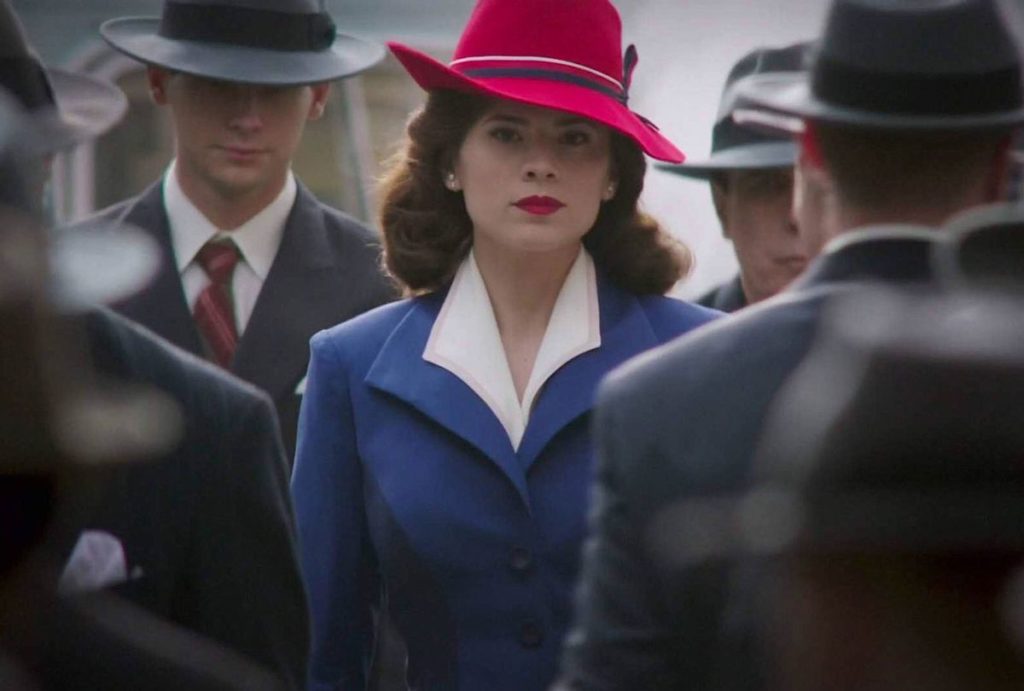 He continues this tradition declaring the project a failure because he “got a girl” instead of an army. Howard Stark, on the other hand, is well aware of Peggy’s abilities and outfits her with the Vibranium shield and uniform well ahead of when he did the same for Steve Rogers. 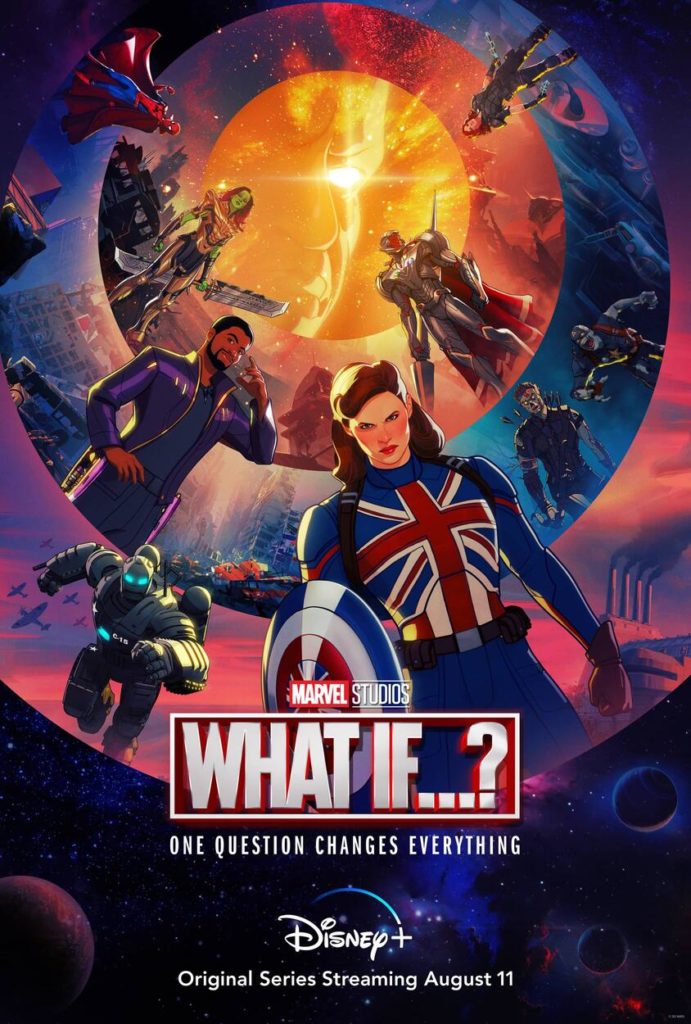 Despite the shakeup in the timeline with the Allies, the events behind enemy lines remain the same. Red Skull steals the Tesseract, and Bucky’s unit is still captured. The well-supplied Captain Carter is able to intercept the Tesseract thus robbing Hydra of their research catalyst. She then puts it in the hands of a heavily funded Howard Stark. This comes in handy during the rescue of Barnes and the Howling Commandos as Rogers assists Carter wearing a Tesseract powered Iron-Man suit.

At this point, it appears the universe attempts to correct itself. Peggy, Rogers and the Commandos attempt the exact same ill-fated train heist that resulted in the presumed death of Bucky Barnes. However, this time it results in the capture of Steve Rogers and his super suit.

They can do this all day 🙌 Get ready to see Captain Carter and Steve Rogers in action in Marvel Studios’ #WhatIf, an Original Series, streaming in one week on @DisneyPlus. pic.twitter.com/Vtdy0zNe2a

With the Tesseract in hand, Red Skull splits away from the Nazis in order to summon an interdimensional squid. This plotline mirrors S.H.I.E.L.D’s Project Pegasus in the first “Avengers” movie in which they mean to use the cube as an interdimensional gateway. In further similarity the plan backfires, and the creature immediately kills Red Skull.

The moment has arrived 💥

Step into a whole new universe in the first episode of Marvel Studios’ #WhatIf, now streaming on @DisneyPlus. pic.twitter.com/SXJjk5Ef2a

For the most part, the episode is a retelling of “Captain America: The First Avenger” and doesn’t venture too far off the rails. Given the promise of the series, most fans may find this episode a little too safe, which is an odd comment for a show that features a giant squid monster. 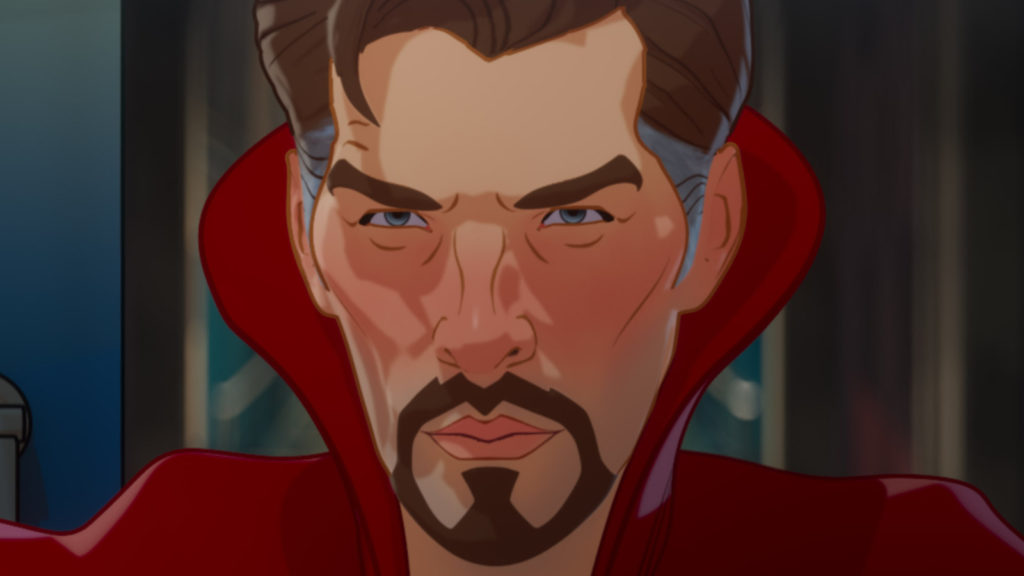 The series as a whole holds a 90% Fresh rating from Rotten Tomatoes, so I believe that this will be the weakest episode. This isn’t necessarily a bad thing, but a positive outlook for the series as a whole. Considering this episode fulfilled many dreams of seeing Peggy Carter slam Nazi soldiers with a Union Jack shield, it is certain that we are in for a wild ride for the next eight weeks.