In the new animated series Spidey and His Amazing Friends, coming to Disney Junior and Disney Channel on Friday, August 6th, 2021 at 9 AM EDT/PDT, we meet younger versions of three of our favorite Spider-Friends from across the Marvel Multiverse: Peter Parker/Spidey (Benjamin Valic), Miles Morales/Spin (Jakari Fraser), and Gwen Stacy/Ghost-Spider (Lily Sanfelippo).

The new series is Marvel’s first full-length animated offering for preschoolers. Excitingly, it is a charming introduction to the beloved webslinger and his rogues’ gallery. Set firmly in the Marvel universe with a ton of references to the Spider-Man trilogy from Marvel Studios, as well as from the character’s numerous appearances in Marvel comics, the first two episodes of the series were all about inclusiveness and team work.

Spidey and His Amazing Friends

First of all, rest assured that if you are a fan of Peter Parker, this bright and colorful animated series is recognizably Marvel, featuring many classic heroes and villains that fans of all ages will enjoy (because at MickeyBlog, we know that the parents watching these shows love them just as much as their tiny Spider-Mans-in-training). 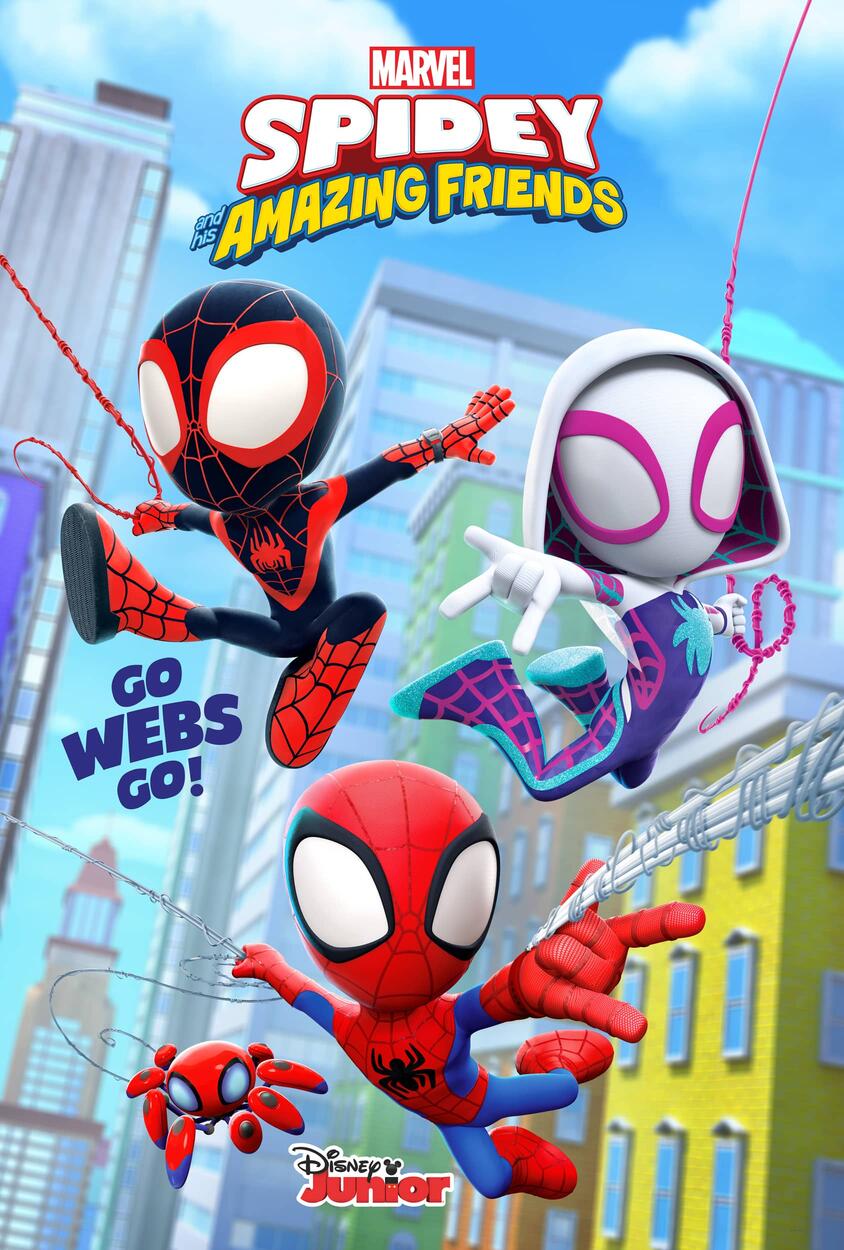 In an interview with The Los Angeles Times, Spidey executive producer Harrison Wilcox said, “We are going back to where Spider-Man as a comic started. We are telling stories that are very reminiscent of those early stories. It was a lot of fun to bring back the lighthearted joy and wonder of early Marvel comics.”

And after viewing the first two episodes of the Spidey series, I can say that the creative team certainly delivered on that promise. 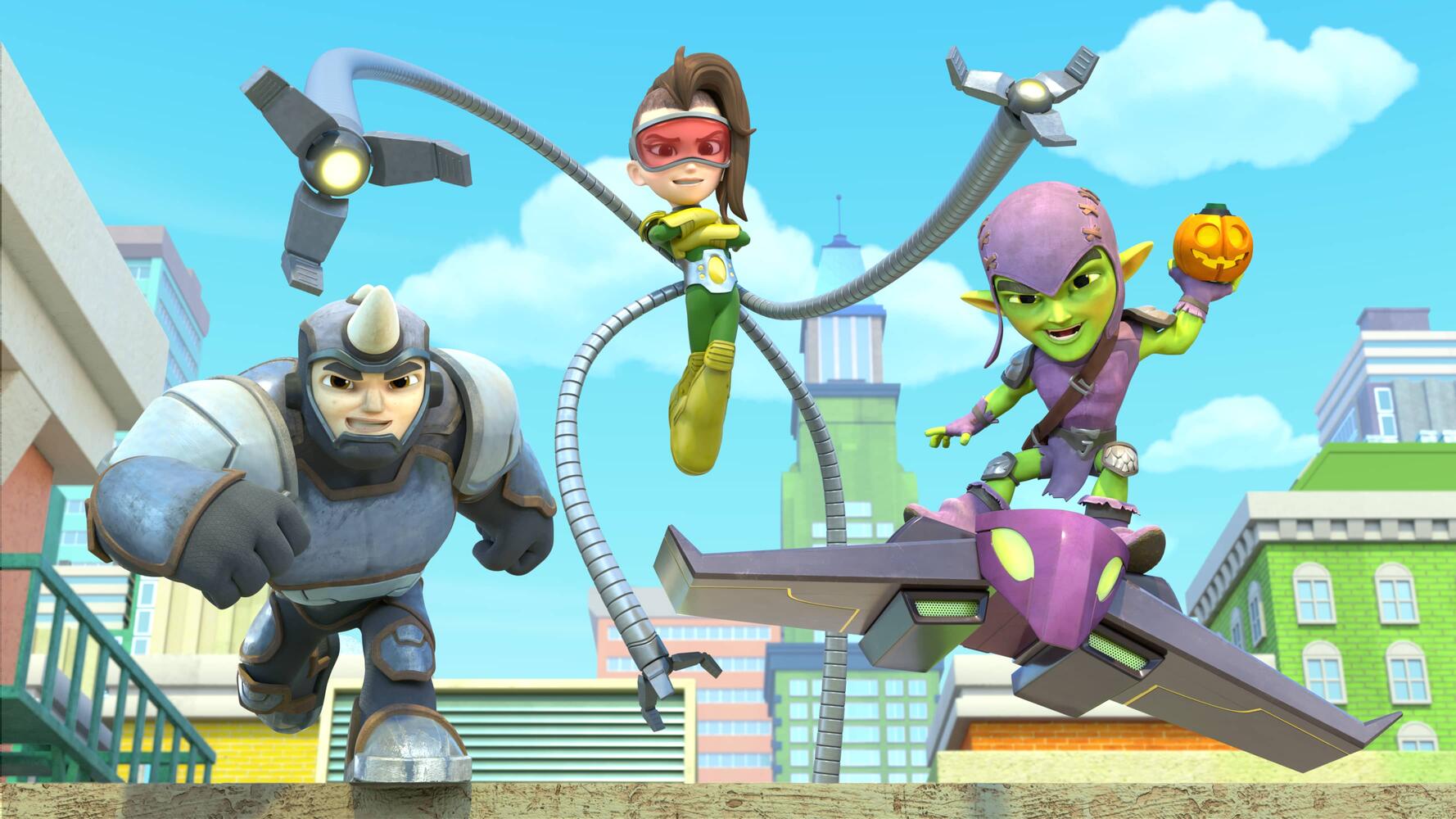 Although the world may be simplified and adapted for young viewers, the series features classic Spidey villains from the comic book universe that have yet to be introduced into the larger MCU, like Rhino (Justin Shenkarow), Doc Ock (Kelly Ohanian), and Green Goblin (JP Karliak), along with known Spidey allies from the comics like Hulk (Armen Taylor), Ms. Marvel (Sandra Saad), and Black Panther (Tru Valentino).

There’s also Peter Parker’s helpful Spider-Bot named Trace-E, and the helpful chirps are voiced by the legendary Dee Bradley Baker, an unexpected surprise that’s sure to delight all the other closeted Frog Lady fans out there (and fans of the upcoming all-ages animated series for Star Trek, Prodigy)! 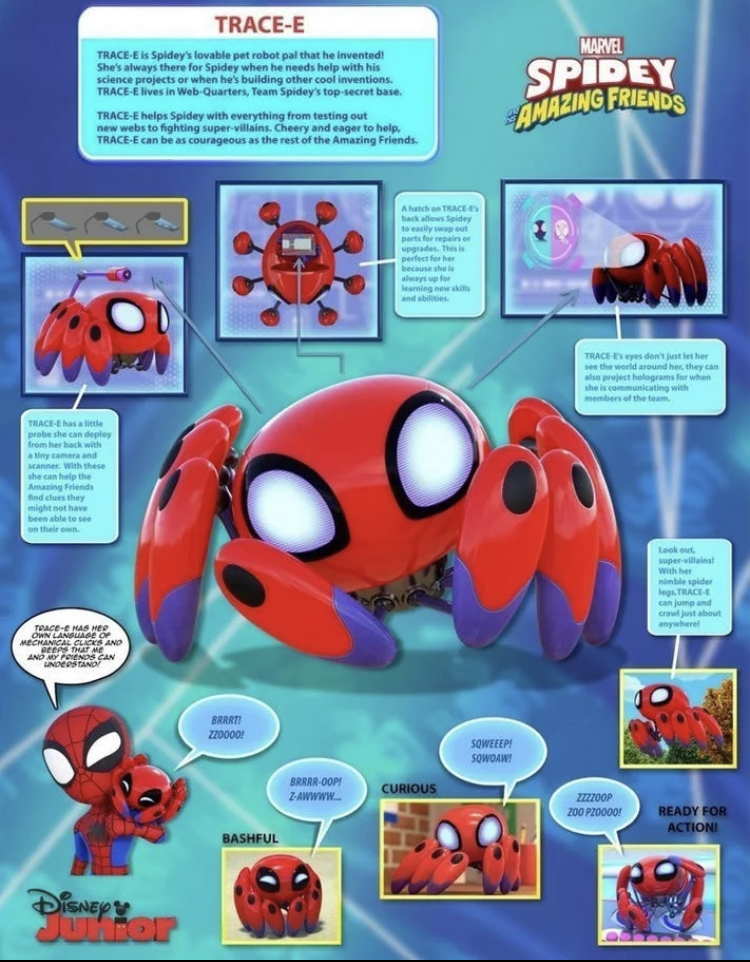 Plus, get ready to have your heart stolen by Spidey and Aunt May’s (Melanie Minichino) adorable cat, Bootsie, who was my favorite character (you’ll know why when you see her). 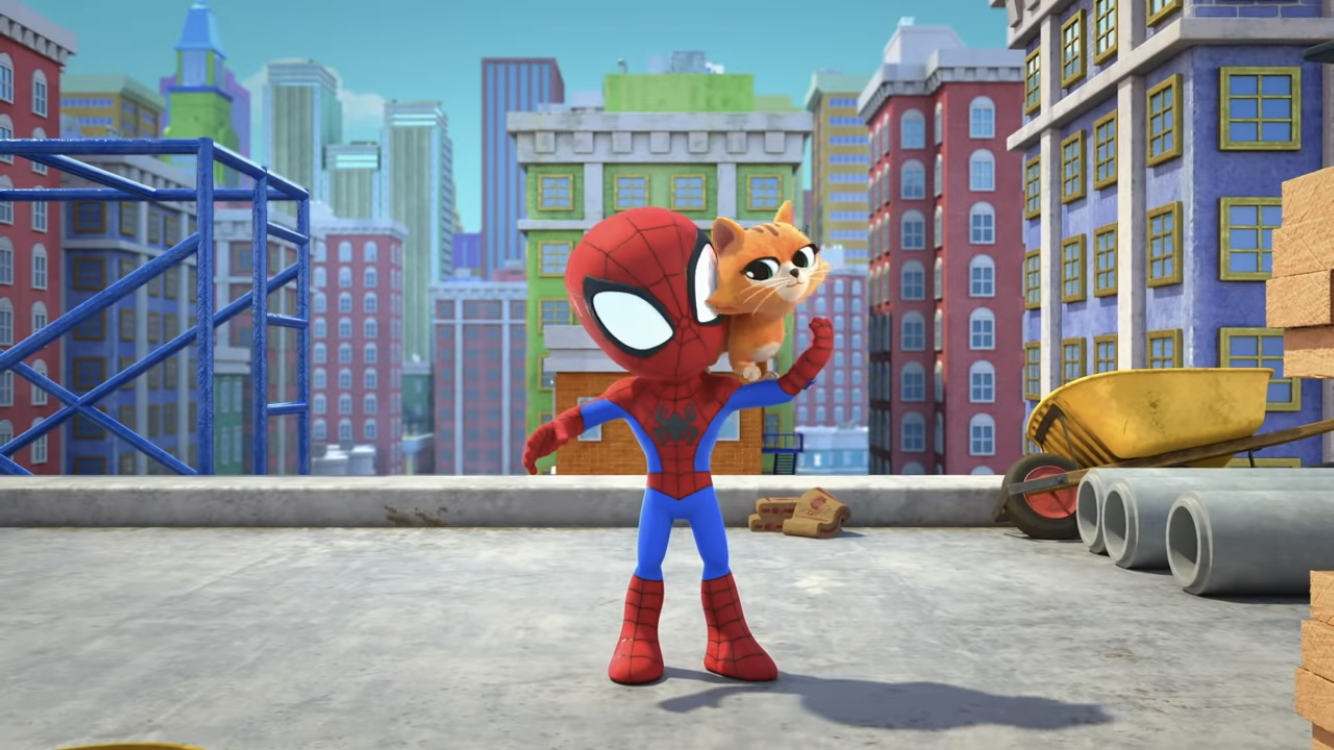 All of these voice actors give great performances throughout the first two episodes of the series, and Baker in particular gets to show off his robotic voice acting chops in one exceptionally fun action sequence between Spidey and Rhino that taught even this adult ADHD-er that it’s best to take things one step at a time.

Peter gets his powers in high school, and with his mission statement being “with great power comes great responsibility,” Spidey feels like the natural choice for the first hero to swing their way into Disney Junior. And the young voice talent bringing him to life, Valic, is thoughtful in his approach to the lines, adding more dimension to the number of teaching moments included in this brightly colored series. 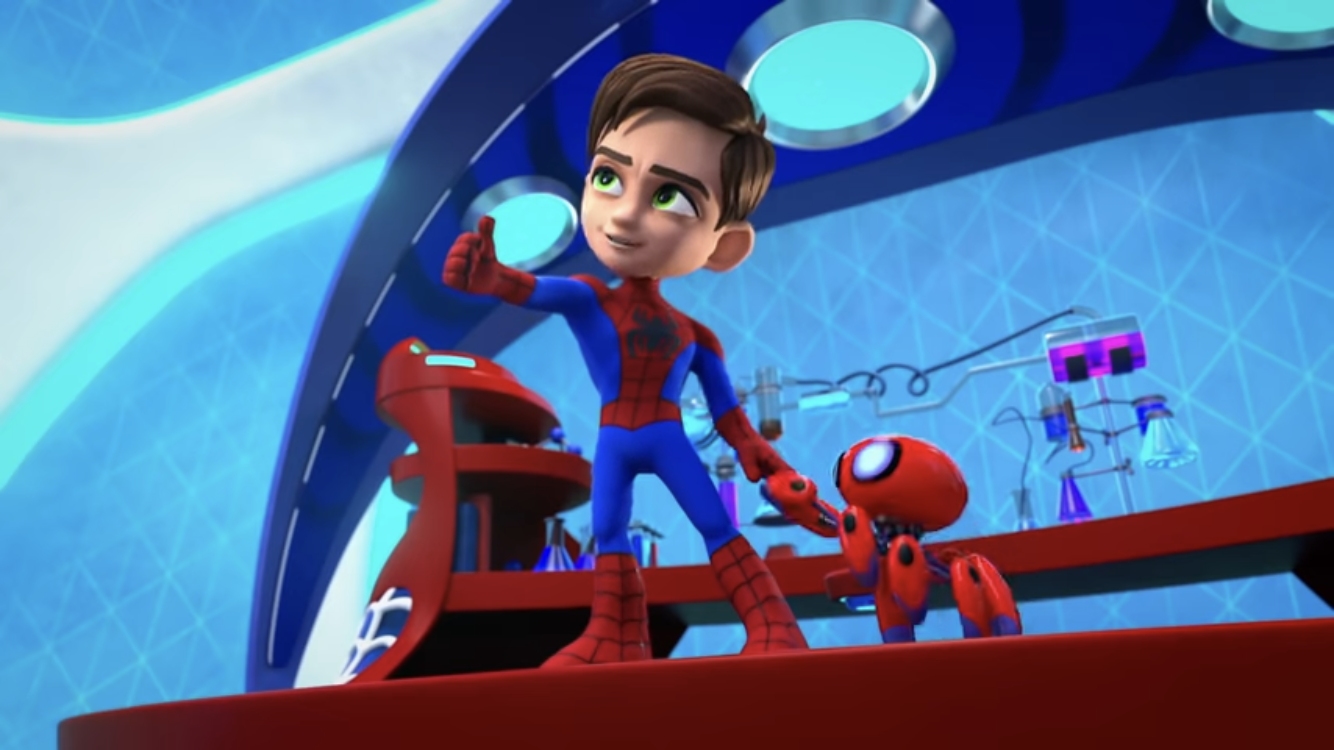 Disney Junior has an educational resource group that ensures the content is in line with what preschoolers are learning in school and core curricula. Thus, Spidey’s problems on the show feel both age appropriate – one storyline is about Peter trying to find his missing backpack so that he’s not late to see Ninja Cat with his Aunt May – and entertaining to watch.

And for viewers still learning about how to interact with the larger world, the narration gently introduces timeless lessons like patience and the value of working together. “We are really helping shape what the future can be by helping create a world that kids learn how to behave in,” said Lori Mozilo, Vice President of Original Programming at Disney Junior, in The LA Times. 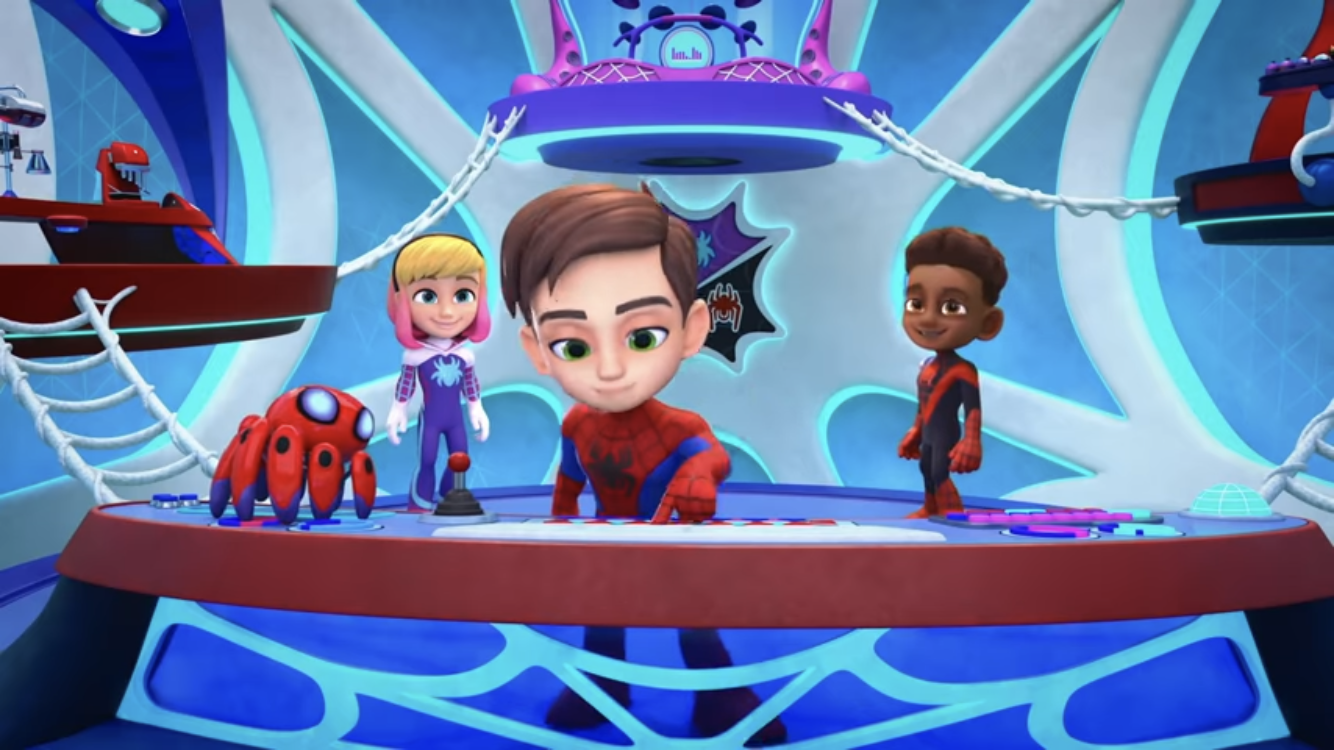 One of the best things about this new animated series is that it actively tries to change the gender norms that plague television aimed at the preschool age group – and this translates into a strong set of diverse characters. Notably, Gwen makes declarative statements that don’t need approval from her male counterparts (because she doesn’t need their approval for her great ideas, she just has them). 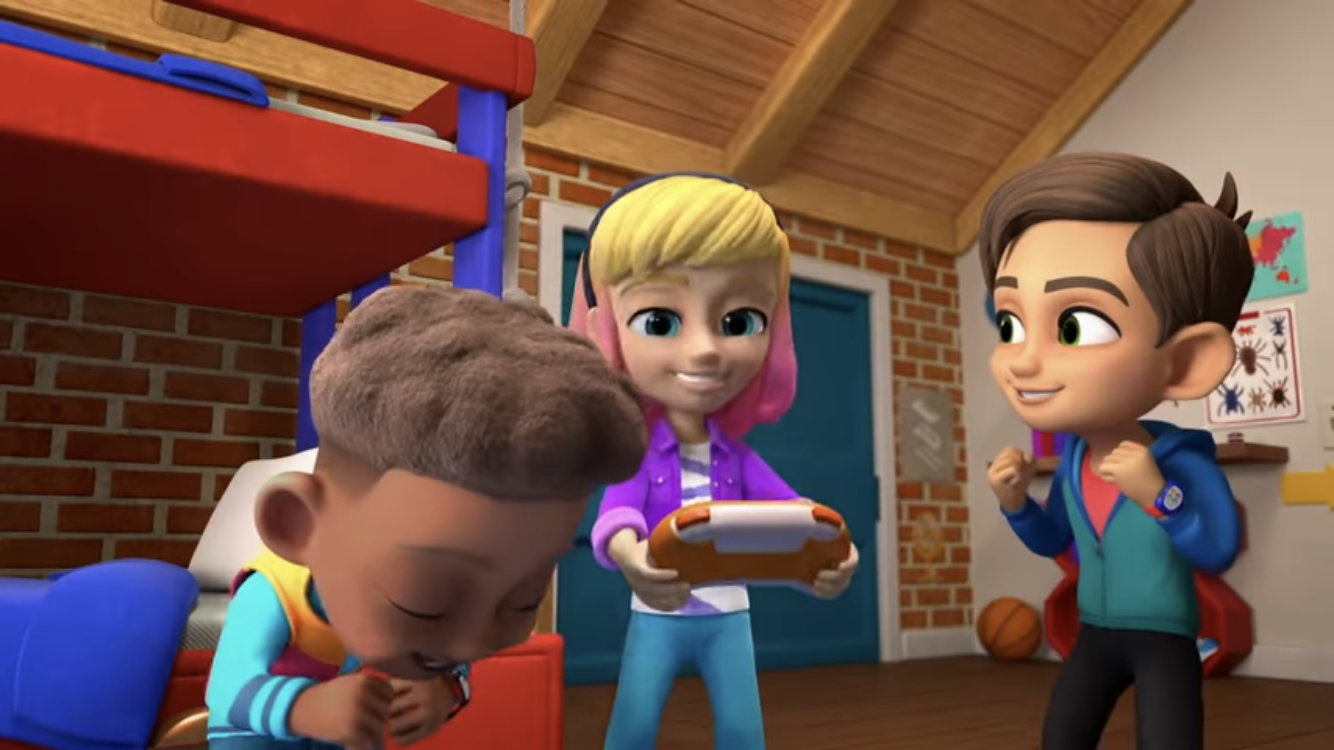 Overall, I’d give Spidey and His Amazing Friends a very strong A, and I don’t know about other MickeyBloggers, but I’m certainly ready to get my picture taken with my new amazing Spider-Friends at the Disney theme parks.

Spidey and His Amazing Friends will be released on Disney Junior and Disney Channel on Friday, August 6th, 2021.