Loki season one may have officially ended, but fear not, as Cosbaby has just released preorders for three different Loki variant designs.

All of these designs are exclusive to shopDisney and Disney Stores across North America, so make sure to buy directly from their website or stores if wanting to purchase.

Loki can be seen in a suit and tie, adding a stylish (and not green!) to our favorite anti-hero. 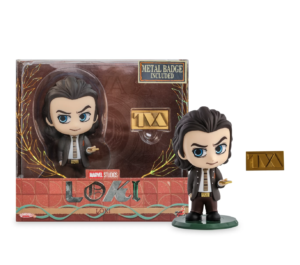 He can be seen holding an ever-powerful Tempat. 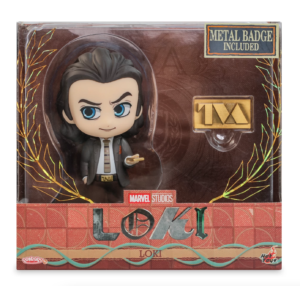 A metal TVA badge is included with the Loki bobblehead alongside the figure. 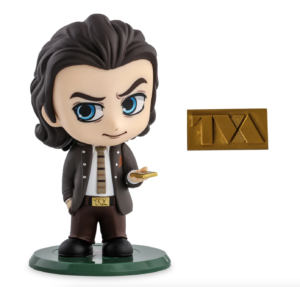 Details included on the figure include a TVA embellished belt buckle and TVA detailing on the blazer.

President Loki may be our absolute favorite Loki variant of all, second only to Alligator Loki! 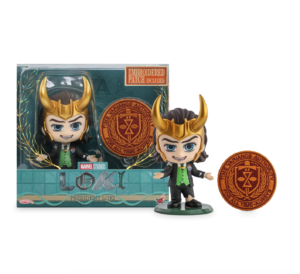 He can be seen wearing his election black and green suit, with ‘Vote Loki’ button. 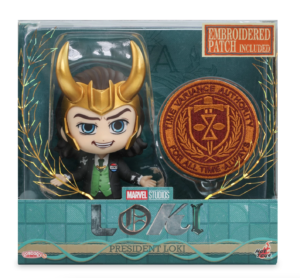 An embroidered TVA patch is included alongside President Loki for you to show your support for The Sacred Timeline™ in your everyday life. 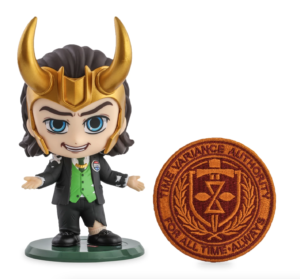 Small details on the figure include having the suit ripped exactly as shown in the Disney+ series.

Sylvie- for reasons unknown- is the least expensive of the three with a $5 difference. 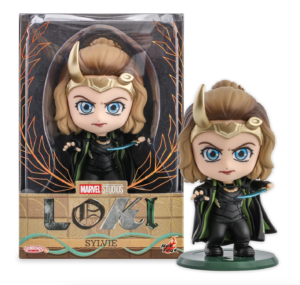 Although it is not seen in the display as with the other two designs, the Sylvie design also comes with an embroidered metal TVA badge. 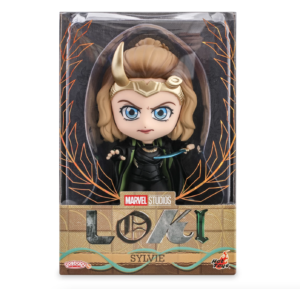 Sylvie is captured in her suit with one broken golden horn and includes her trusty blade. 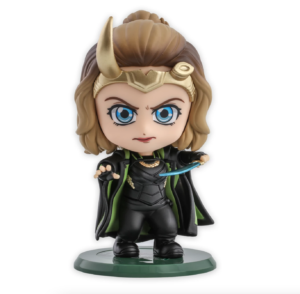 All three of these Cosbaby designs are expected to ship on, or around, August 27th.

Are you still looking for more Loki content while waiting for season 2? Check out our article on how everyone was right regarding the finale, yet no one really was.