If you’ll be visiting Disney Springs at Walt Disney World this week then you’ll definitely want to pop round to Vivoli Il Gelato where they are serving up a special treat to celebrate the premiere of Black Widow which opens on Friday!

This is a shake fit for a super hero!  It is made with cookies and cream gelato, milk, waffle cones, chocolate sauce, strawberry sauce, sprinkles, whipped cream and a spider!

The Scarlet Spider Milkshake is a limited time offer so get yours’s while you can! 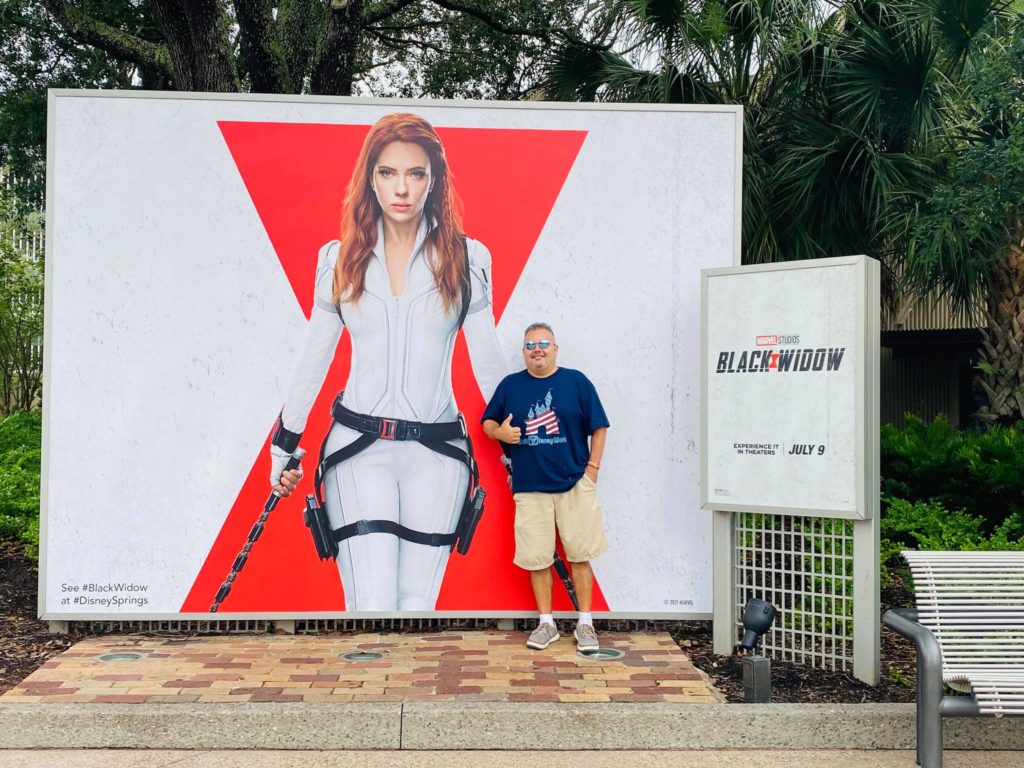 While you’re at Disney Springs, also take some time to pop by AMC theater to pick up your Black Widow tickets and to check out some of the awesome signage featuring Scarlett Johannsson advertising this much-anticipated Marvel feature-length film!  You’ll even find an awesome photo op to commemorate the occasion!

Also, whether you’re at Walt Disney World or in the comfort of your own home.  Don’t miss your chance to see Black Widow when it makes its debut on July 9th.

The official blurb for the film is as follows:
In Marvel Studios’ action-packed spy thriller “Black Widow,” Natasha Romanoff aka Black Widow confronts the darker parts of her ledger when a dangerous conspiracy with ties to her past arises. Pursued by a force that will stop at nothing to bring her down, Natasha must deal with her history as a spy and the broken relationships left in her wake long before she became an Avenger.
The film stars Scarlett Johansson, David Harbour, Florence Pugh, O-T Fagbenle, and Rachel Weisz. It is directed by Cate Shortland. It will be released in cinemas or those with a Disney+ subscription can watch it online for an additional $29.99 Premier Access fee.