Captain America and Black Panther appear to have teamed up to offer two new MagicBands. Our MickeyBloggers headed to Marvel Superhero Headquarters at Disney Springs today to check them out. 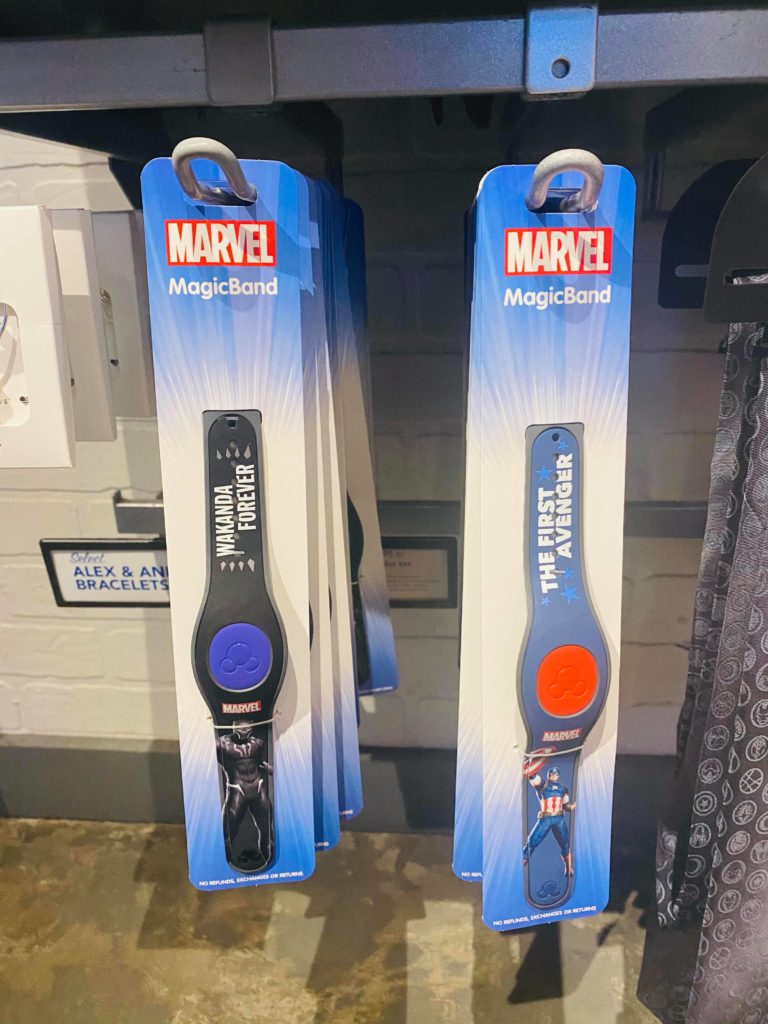 The image of a seriously buff Steve Rogers’ Captain America proudly stands on the bottom of one band, covered in a patriotic blue. 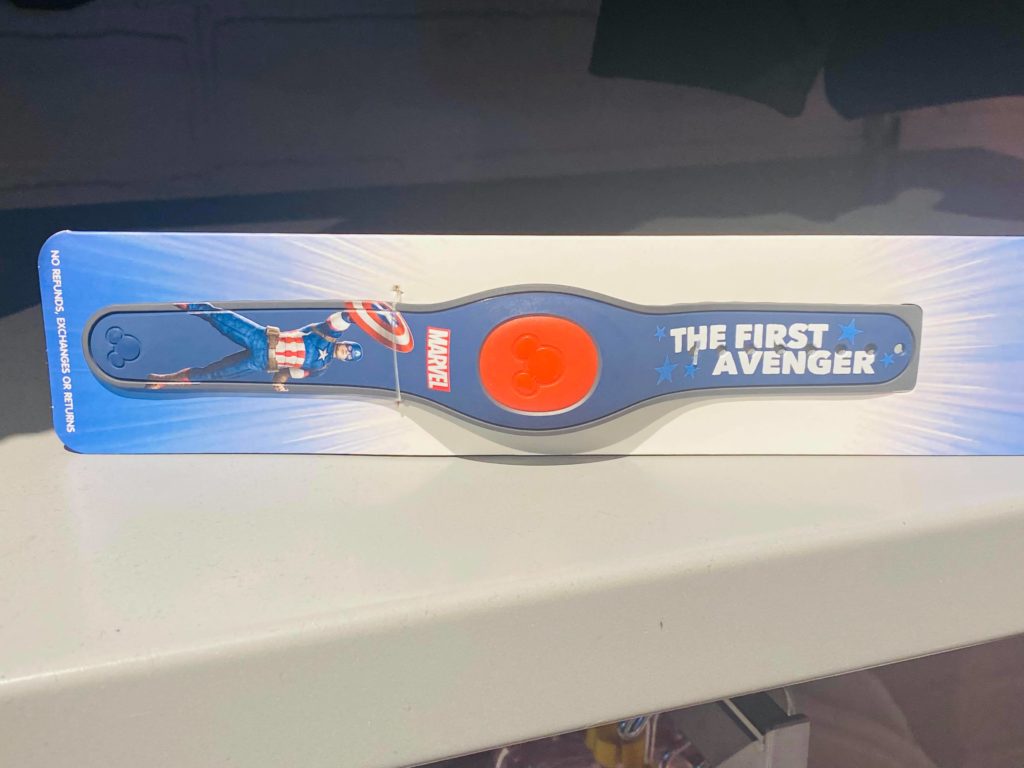 With a lighter shade of blue painted stars on the bottom of the band, this one really seems appropriate for the Independence Day holiday today. 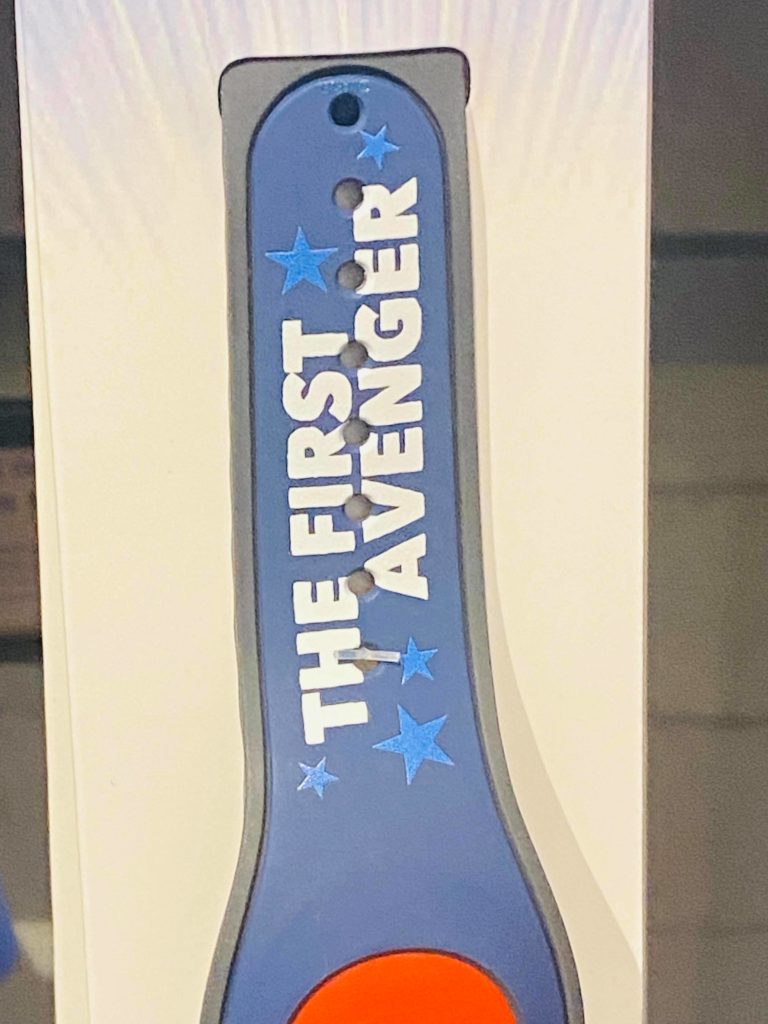 “The First Avenger” boldly covers the bottom of the band as well. Rogers’ character received the moniker when he created the role in the 1940s. 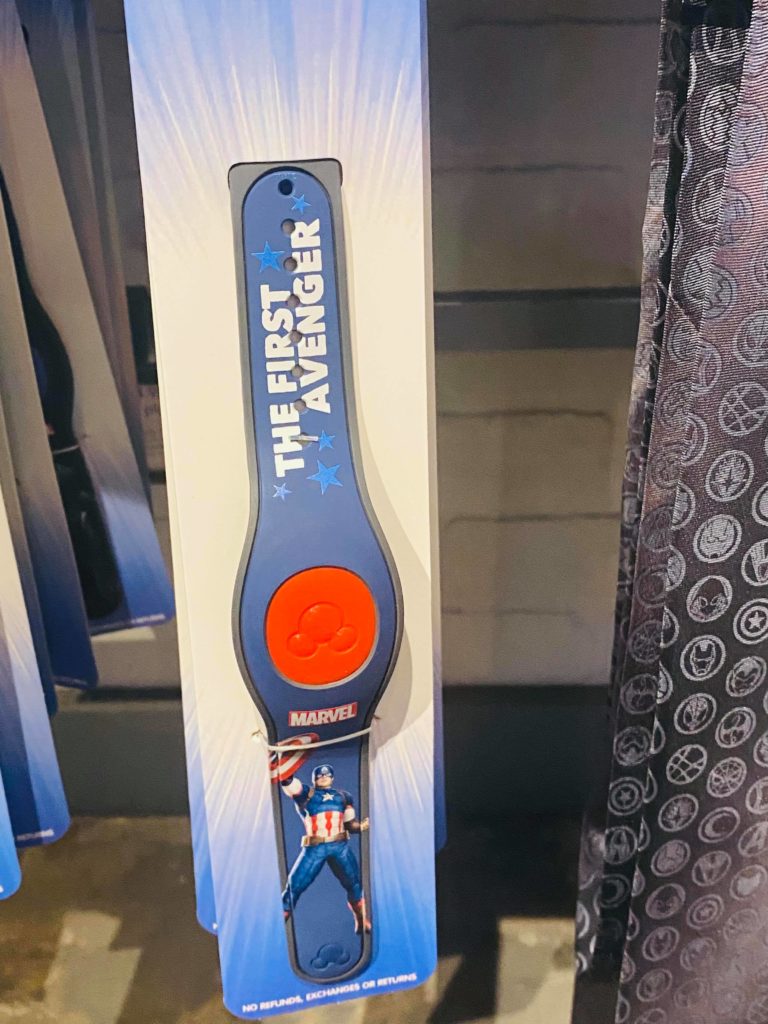 True to the character’s motif, the all-important RFID chip with Mickey silhoutte just had to be bright red for the “Star-Spangled man.” 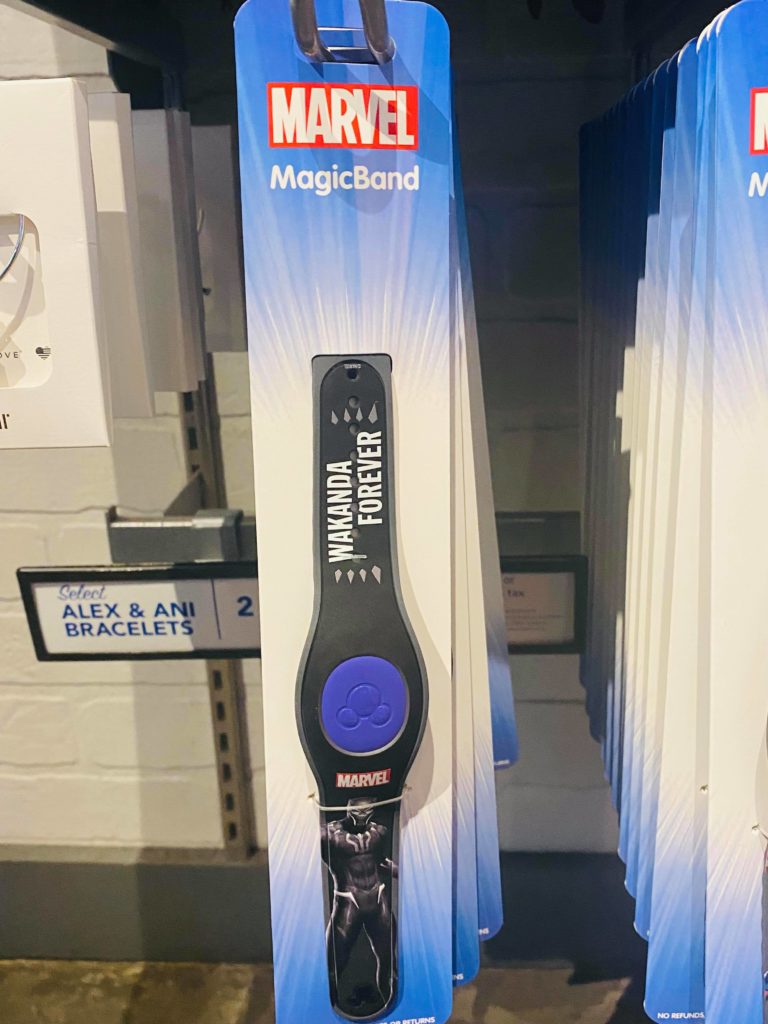 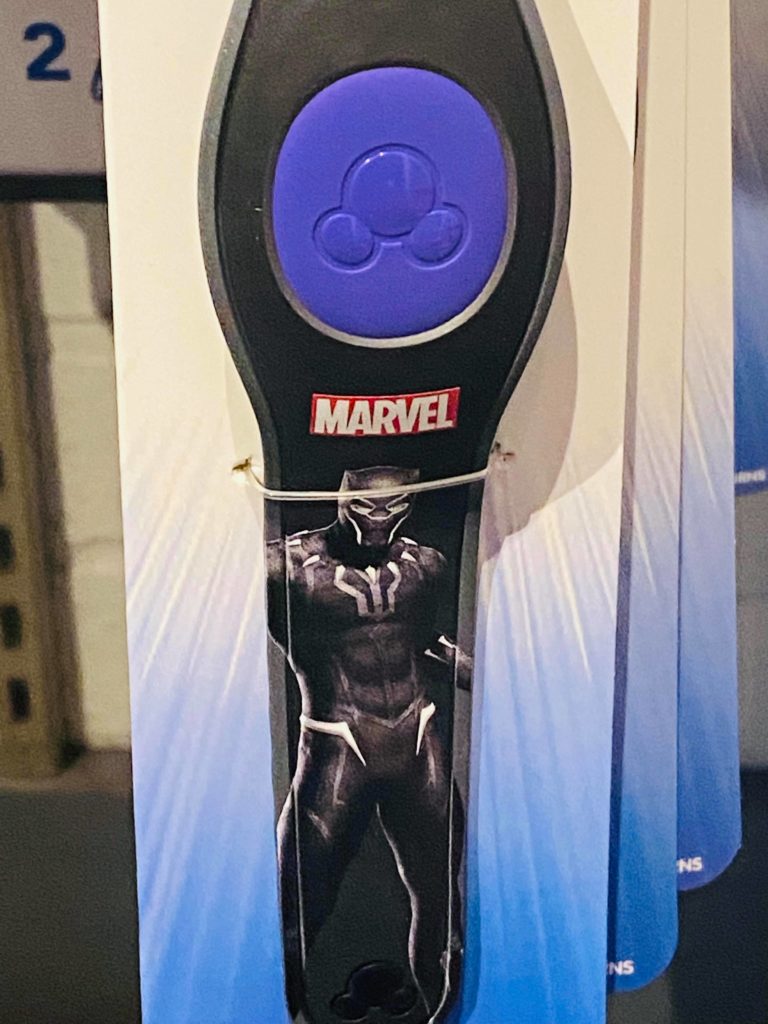 The top of the band features the Wakandan king ready to defend his kindgom. His vibranium suit and removable mask protect him while absorbing the kinectic energy he needs for his strength. 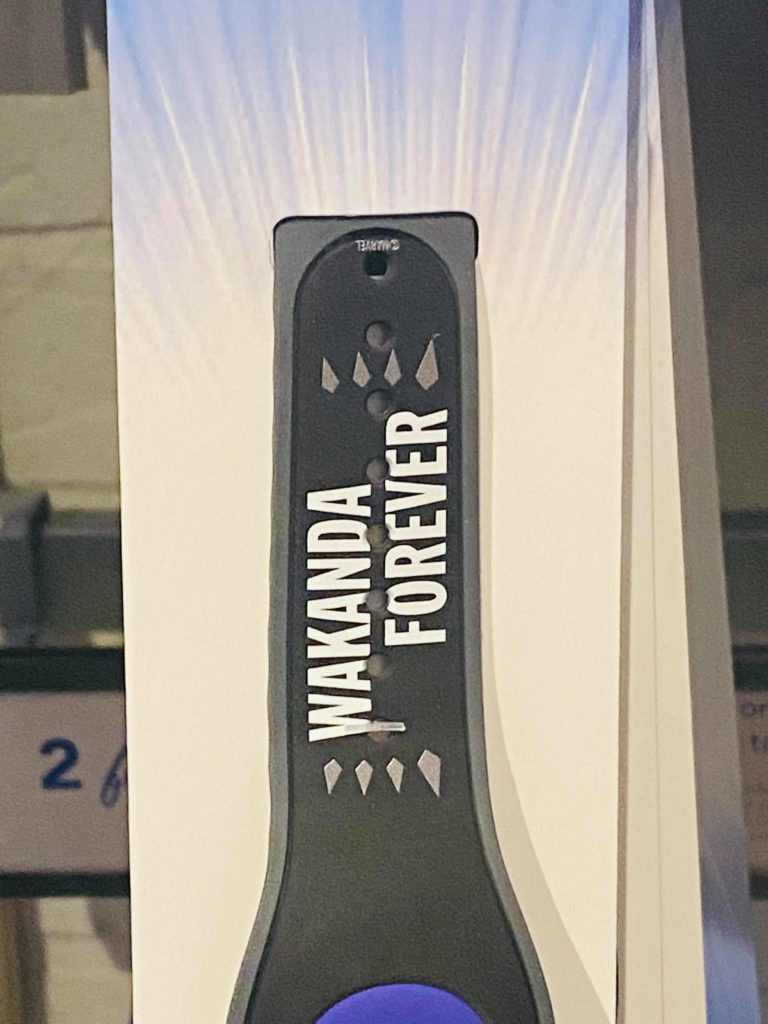 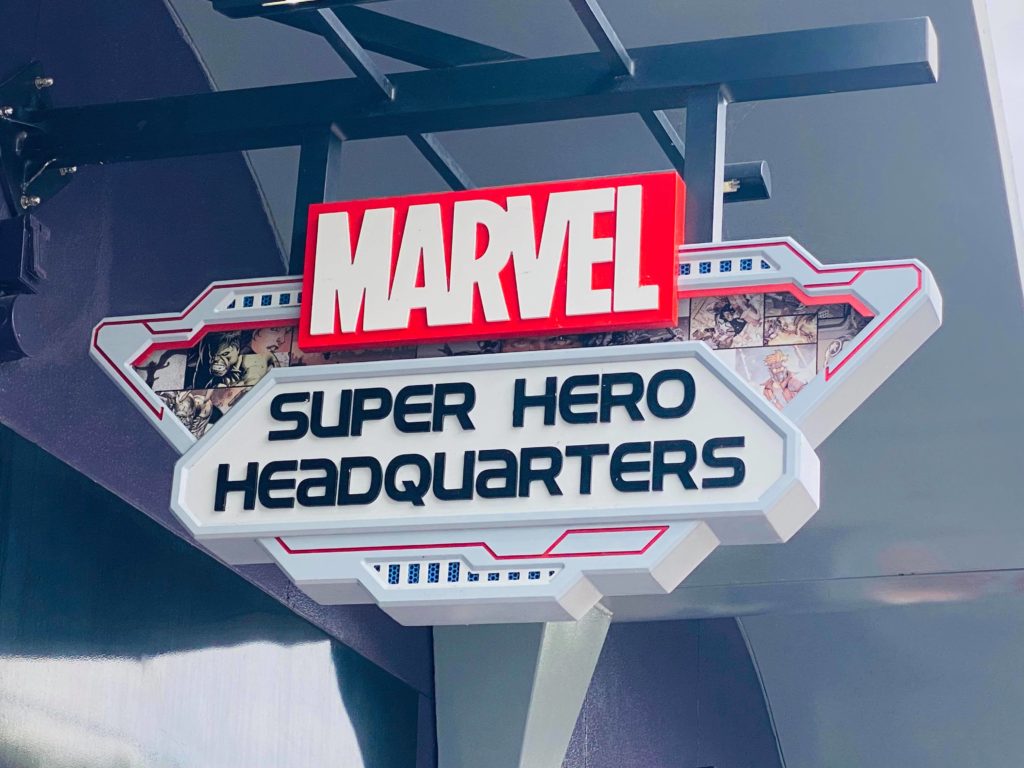 Avengers fans should head to Marvel Super Hero Headquarters in Disney Springs at the Walt Disney resort to find both new bands. They each retail for $29.99. 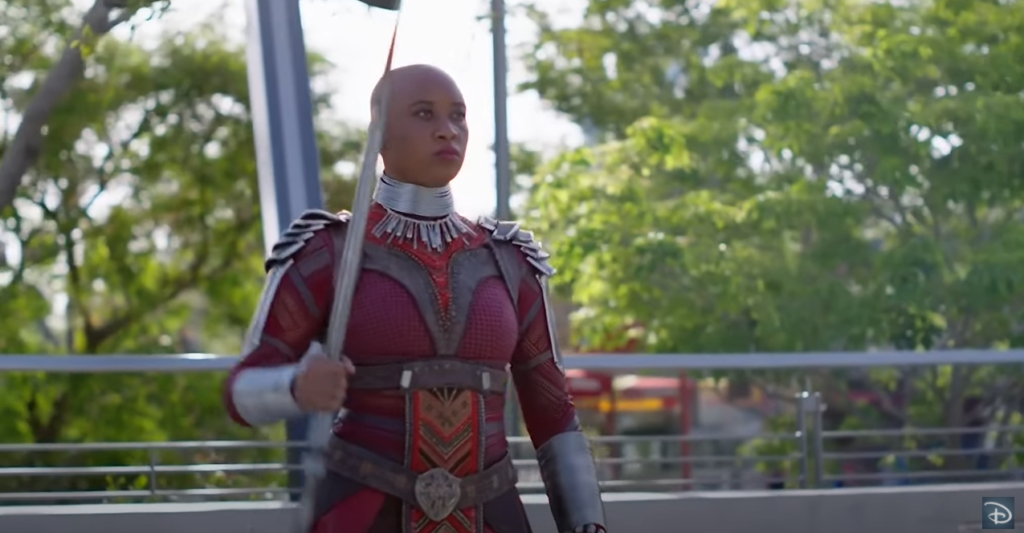 Across the country, Avengers fans can celebrate all things superheroes at the newly opened Avengers Campus at Disney California Adventure Park. There, guests can train to be a Dora Milaje from the General herself, Okoye. 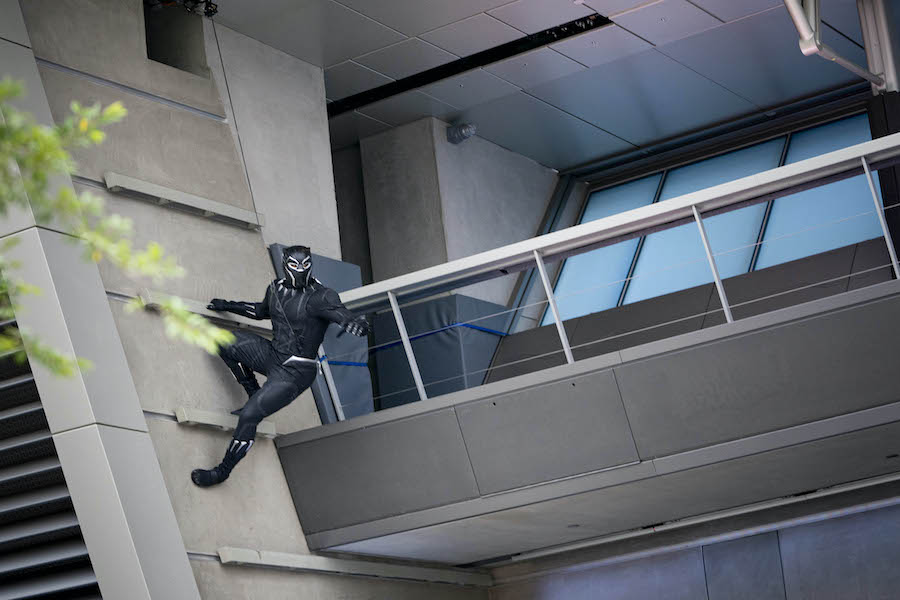 Black Panther and Captain America also make appearances throughout the day at the truly immersive new land at the resort.