Following “one of the preeminent scientists of our times,” the highly anticipated Disney+ series, “The Mysterious Benedict Society,” debuts on Disney+ this Friday.

Based on the best-selling young adult series by author Trenton Lee Stewart, the series follows the engaging story of four orphans as they use their incredible smarts and skills to save the world. 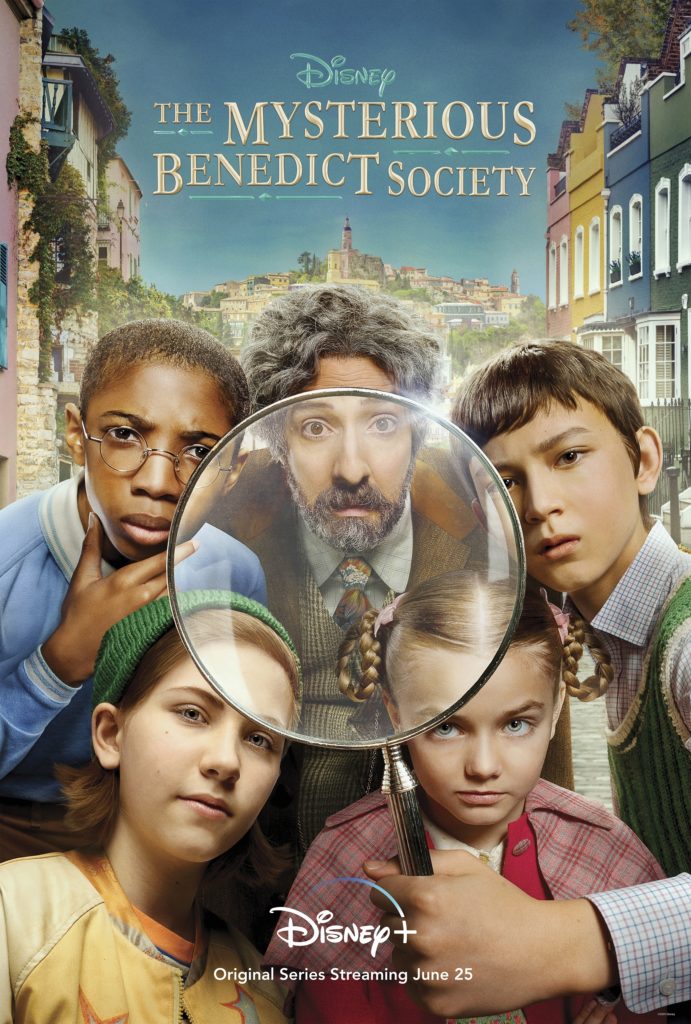 Mr. Curtain, the evil twin brother of the mysterious Mr. Benedict, wants to brainwash the world to follow his opinion of the government. Knowing his brother’s devious plan, Mr. Benedict mentors the children so that they can covertly invade the L.I.V.E. Institute undercover in an effort to thwart Mr. Curtain’s plans and avoid global destruction. 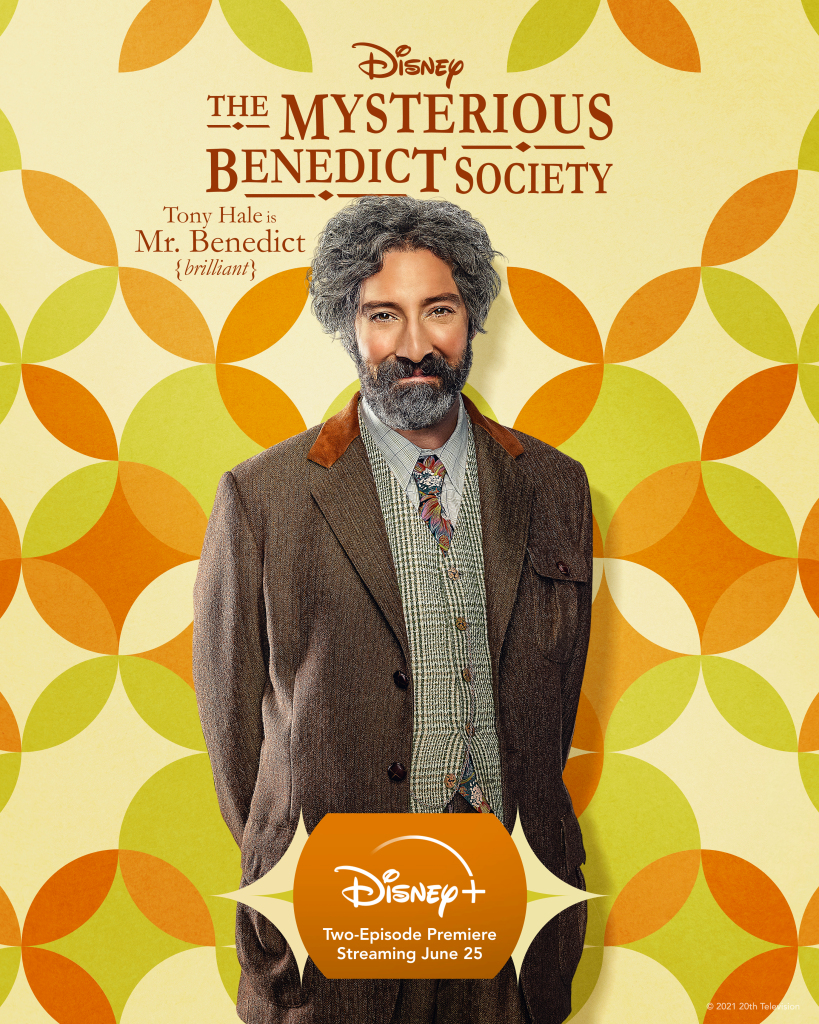 Best known for his work on “Arrested Development,” Tony Hale takes on the challenge of playing the clearly opposing foes and twin brothers. Disney released a series of new posters today highlighting the difference both in looks and demeanor of the two siblings. 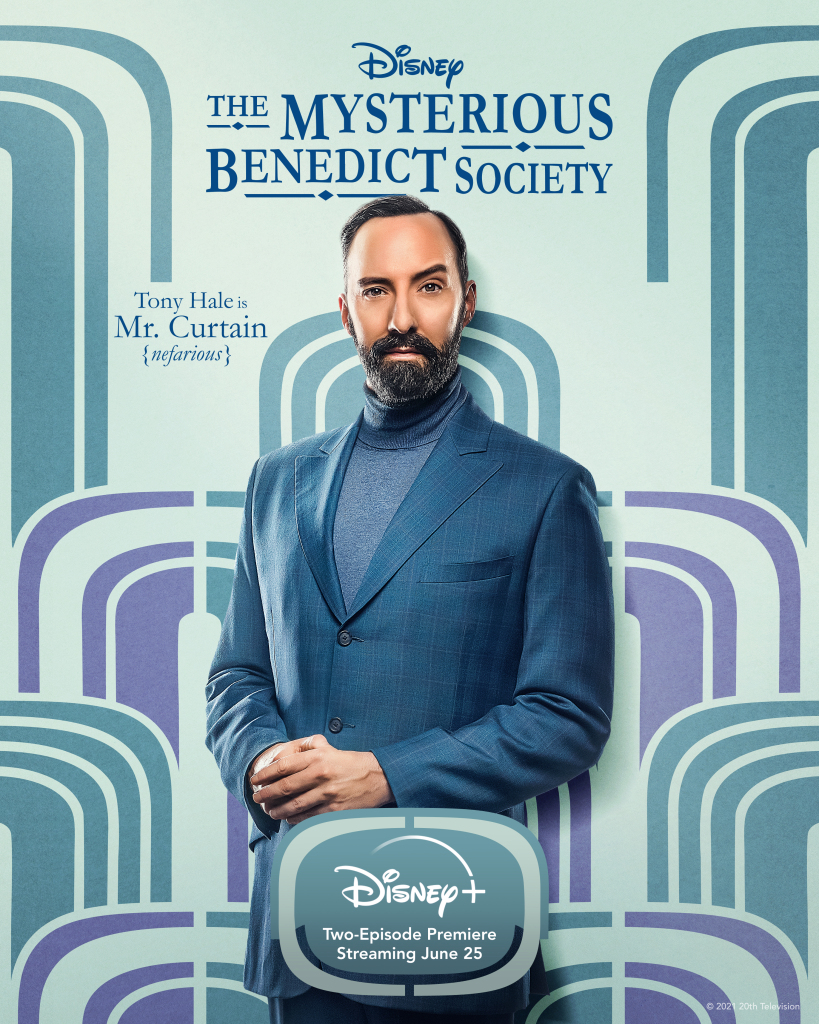 The four gifted children also certainly show personalities all their own. Played by Marta Timofeeva, Constance’s snarky attitude always adds a bit of sassy humor to any situation. (She also hides a secret super power … that even she is not aware of quite yet.) 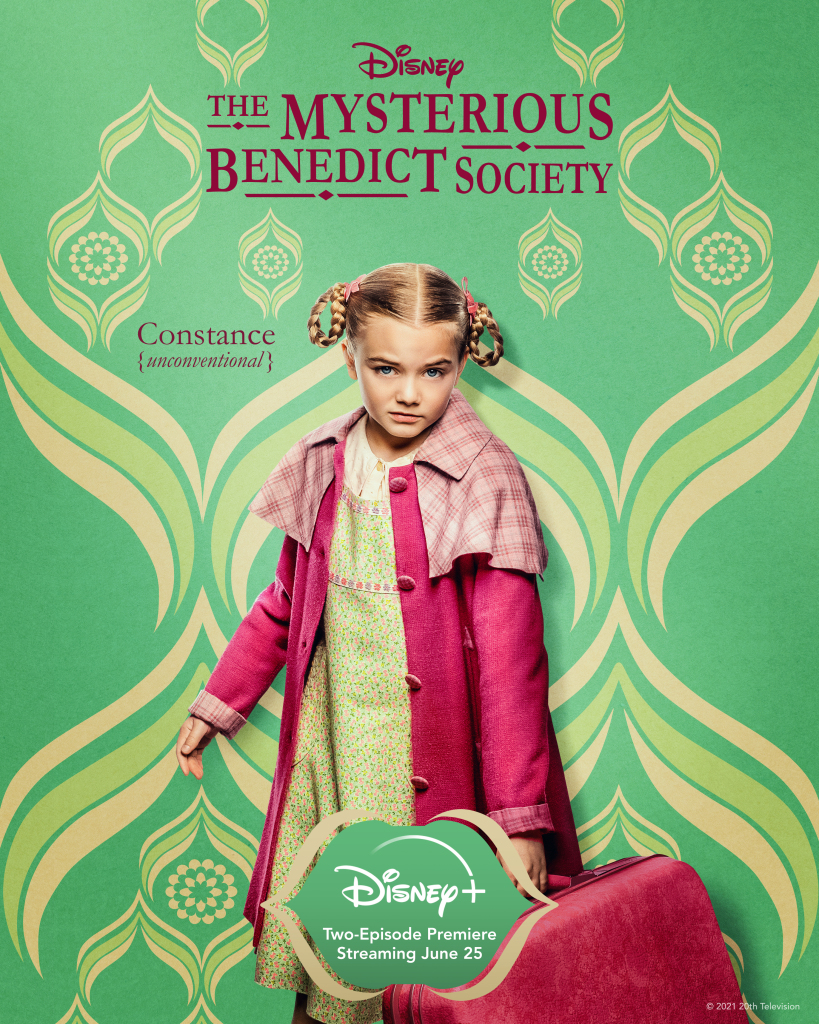 The super-adventurous Kate (Emmy DeOliveira) always carries around her red bucket to make sure that her tools of the world-saving trade are accessible. Often called “The Great Kate,” Kate is the ultimate problem-solver. She certainly knows how to keep her cool in the most stressful situations. 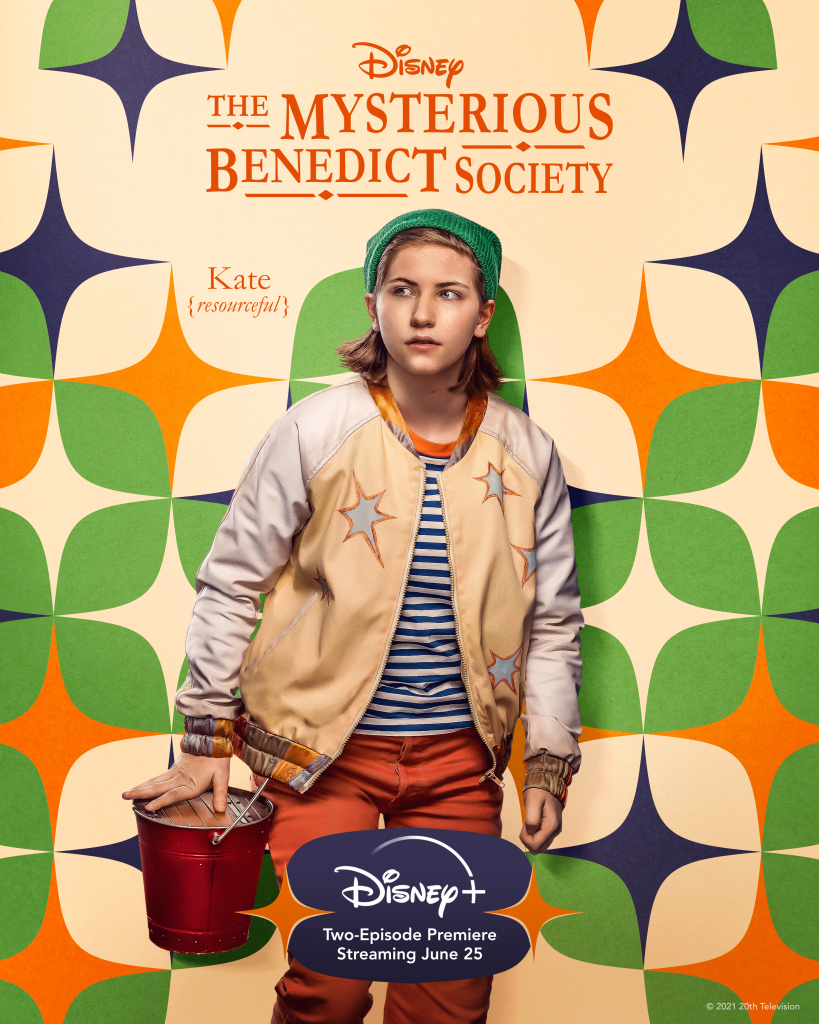 George Washington better known as Sticky (Seth Carr) finds himself on the run with the brains to help take down Mr. Curtain before it’s too late. His memory seals in any detail that the crew may need. 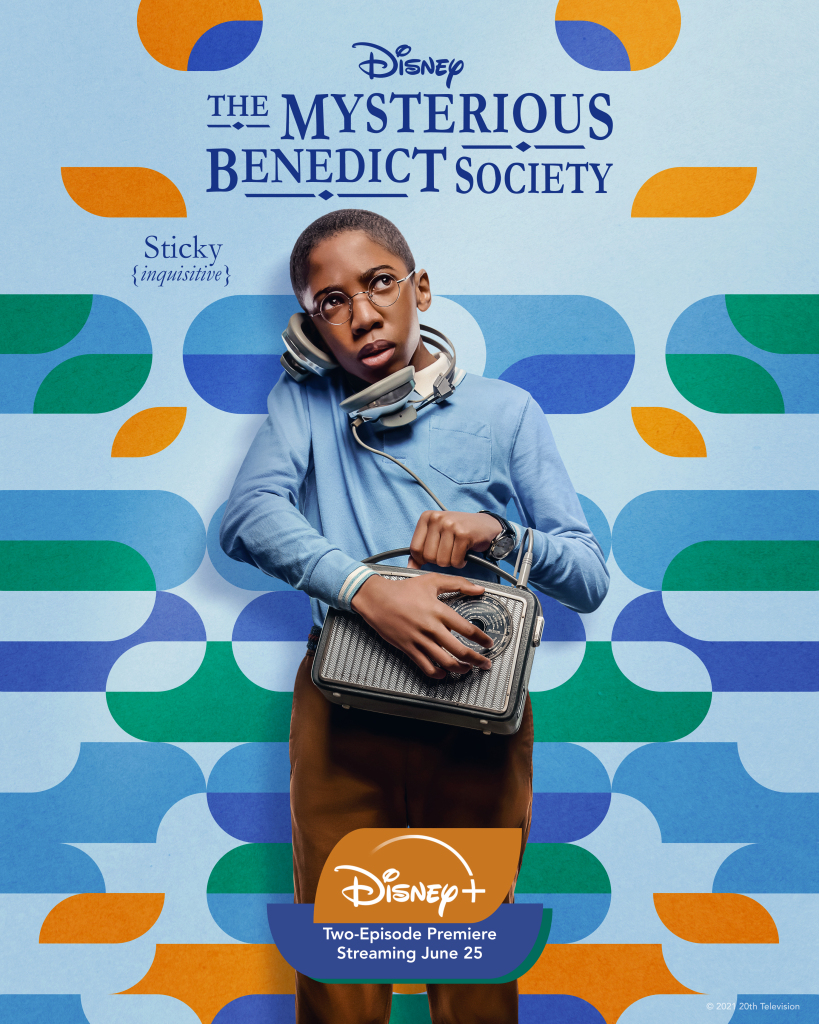 Central to the story is Reynie (Mystic Inscho), the ultimate code breaker. He specializes in decoding hidden messages and serves as a calming sidekick for the hot-headed Constance. 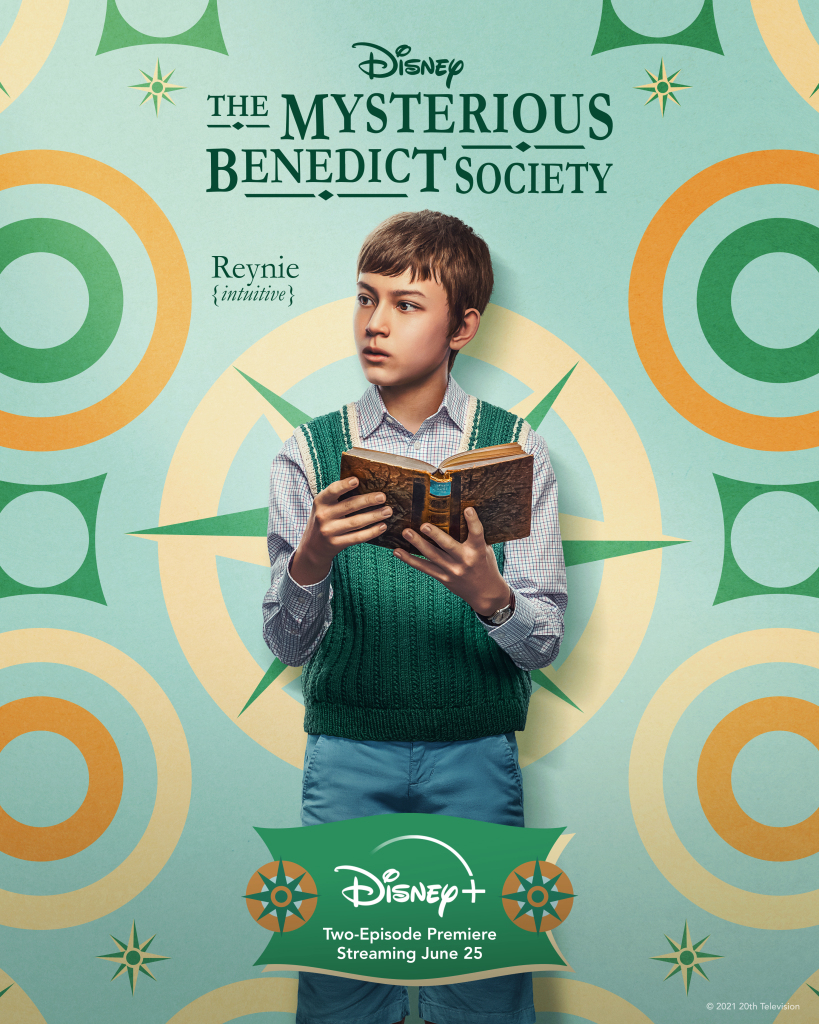 As Mr. Benedict’s secret agent, Milligan (Ryan Hurst) survives being brainwashed early on only to realize that his life story has quite a connection to the trusty Mysteroius society. 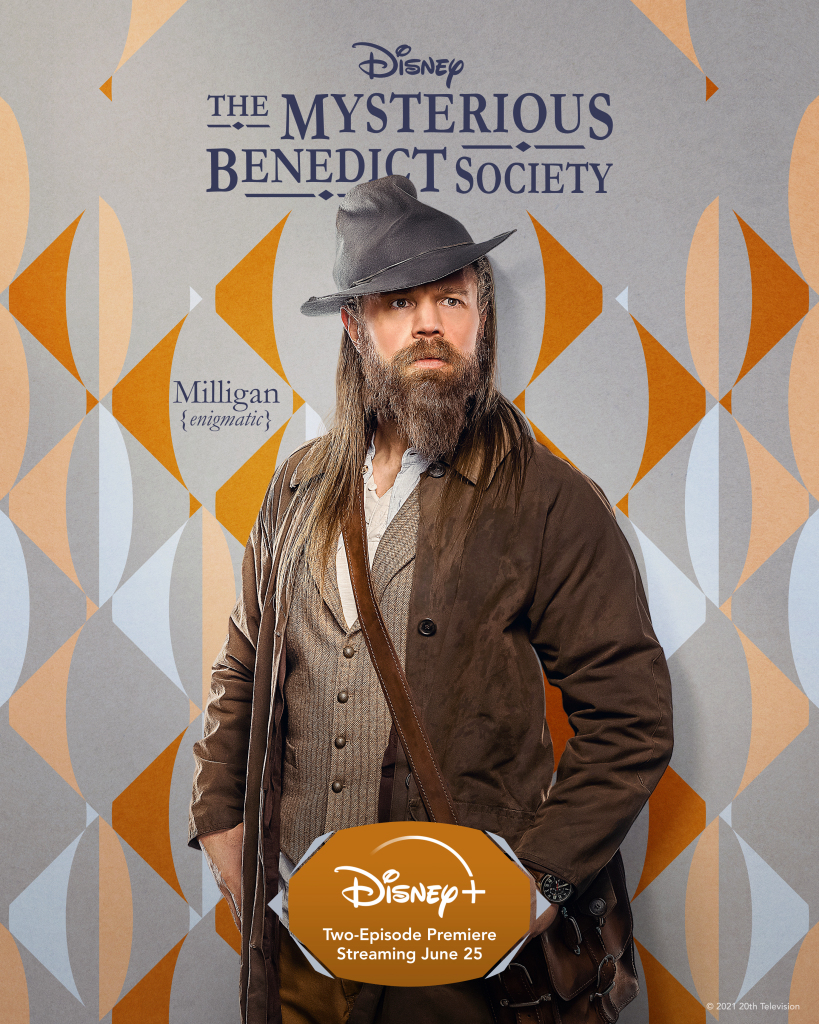 Adopted herself by Mr. Benedict, Rhonda (MaameYaa Boafo) spent her life with Mr. Benedict as a father-figure. She acts as a personal assistant to the narcoleptic Mr. Benedict and assists in training the kids’ for their mission. 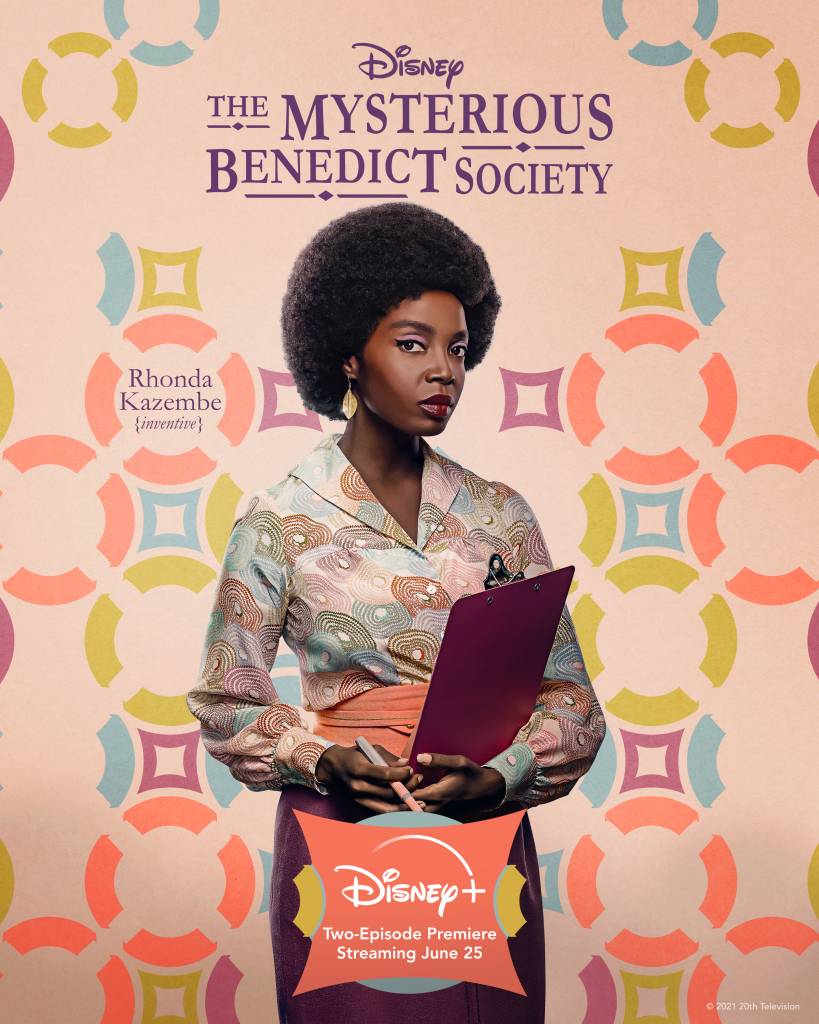 Number Two (Krsiten Schaal), who shall not be named at this point, follows Mr. Benedict around everywhere in her signature bright yellow shade. A true constant companion to Mr. Benedict, Number Two never strays too far from her dear friend. 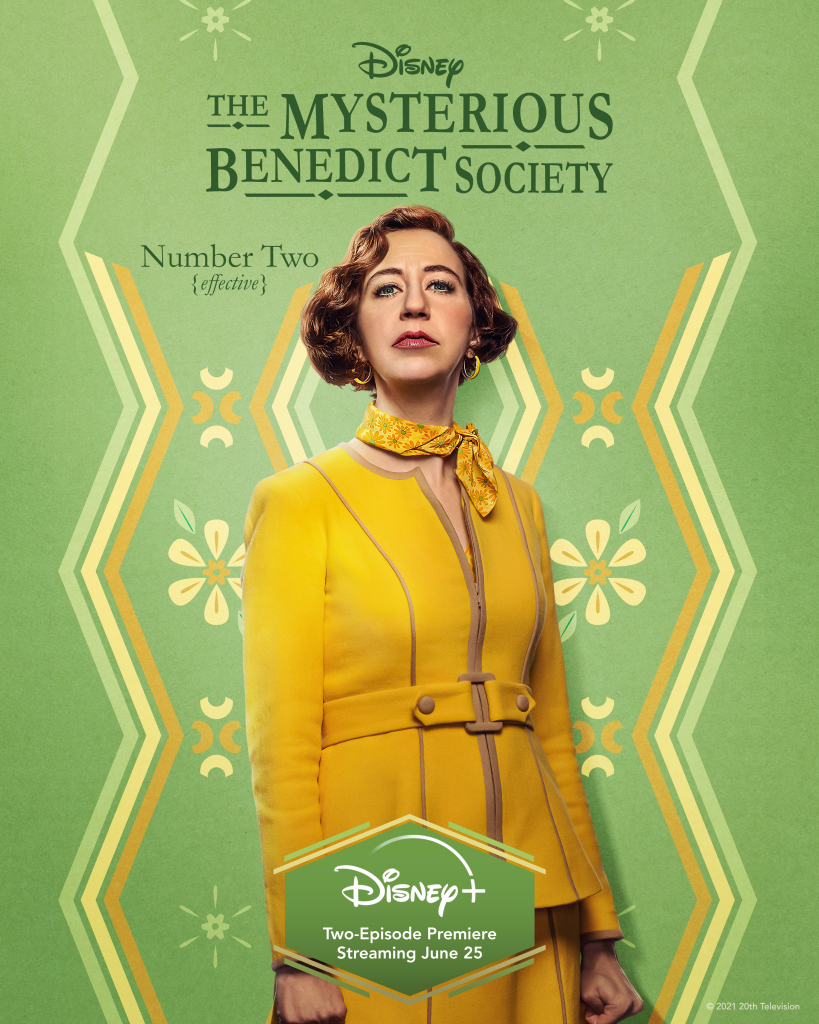 “The Mysterious Benedict Society” will run eight episodes in this first release based on the best-selling young adult novels. With a number of adventures in the increbly popular series, we imagine these will not be the only mysterious episodes.