If you eat a plant-based diet, the food booths that come and go throughout EPCOT’s various festivals can be lackluster at best. 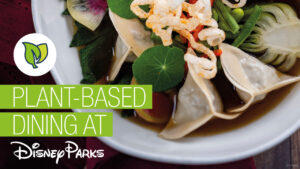 Here’s a rundown of every plant-based item you’ll find at this EPCOT’s Flower and Garden Festival 2021. 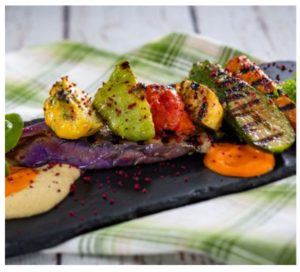 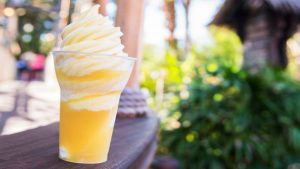 We’re not quite sure that a Dole Whip consists of a food item, but I’ll take any excuse to have another!

Of course, the Trowel & Trellis booth is the one to hit if you’re on a plant-based diet. This booth never fails to bring out the stops and I’m already drooling at the thought of these offerings! An extra bonus being is 3/4 of the menu items this year are brand new. 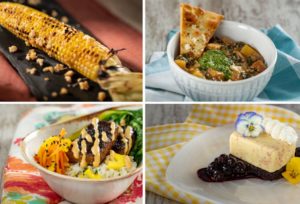 (also, how good is it to not scan a menu and automatically have to scratch out most, if not all, of the options?!) 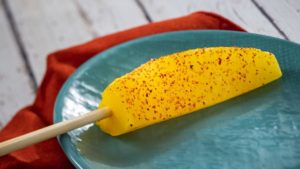 While we’re not overjoyed at the return of this unimaginative option, it’s at the very least refreshing, and about as plant-based as plant-based gets.

There are very few plant-based dessert options (in fact, a total of 1 other than this if we’re not counting dole whip and a pineapple skewer), so this will be sure to appease your sweet tooth while wondering about the festival. 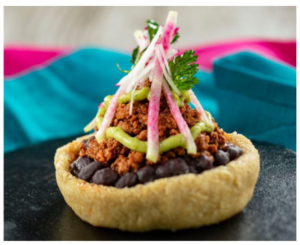 Which plant-based offering are you most excited to try and this year’s Flower and Garden Festival? Let us know in the comments.