An update has been given regarding this month’s release, series 2, in the Stitch Crashes Disney collection including the release day. 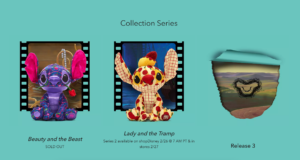 The Lady and the Tramp themed release will not be released with the Merch Pass system this month, and instead will be available to guests as usual. 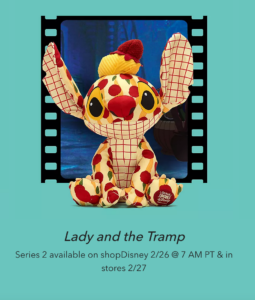 The next series in the Stitch Crashes Disney collection will be available online at shopDisney on February 26th at 7am PT or 10am ET and then will be released in Disney Stores and select stores across Walt Disney World property on February 27th. 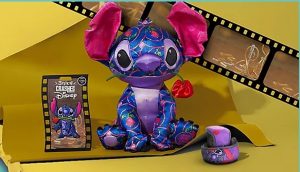 The move away from the Merch Pass system happened after the launch of the first series in the collection centered around Beauty and the Beast.

Items from this collection could still be purchased online way after the launch date, however, they have completely sold out at the time of writing.

The Merch Pass system was brought into place during the releases of Minnie Mouse: The Main Attraction collection after the overwhelming demand crashed the shopDisney website multiple times.

This was the second monthly limited release collection that brought high guest dissatisfaction due to the glitched system of the shopDisney website, with the first being Mickey Mouse Memories. 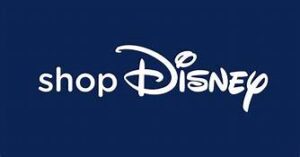 As a reminder, the upcoming releases for the Stitch Crashes Disney collection that have been announced so far include The Lion King, Aladdin, Pinocchio, and The Little Mermaid.

Are you planning on collecting the whole Stitch Crashes Disney collection? How do you feel about the Merch Pass system leaving? Let us know in the comments.