It has become commonplace for the winner of the Super Bowl, to utter five very memorable and often immitted words; “We’re Going to Disney World!”

The proclamation, usually shouted by the game’s Most Valuable Player, or the quarterback of the winning team has become a calling card for victory after Phil Simms first shouted the iconic line after his New York Giants won the 1987 Super Bowl. 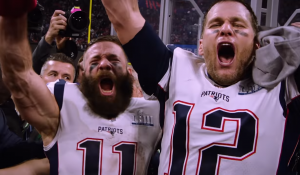 A commercial is usually aired, followed by an actual trip to the most magical place on earth; with that same player the center of their own Disney parade through the Magic Kingdom. 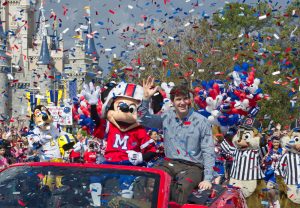 Things are very different now. In a post-COVID-19 world, and a still very active pandemic, there were many questions on if the 30-year long tradition tied to the Super Bowl could continue.

So What Did The 2021 Super Bowl Celebrations Look Like?

The answer? As we found out after the game, was a resounding yes. Following their lopsided victory over the massively talented Kansas City Chiefs, Gronkowski and team quarterback Tom Brady both shouted the iconic line to wrap up the night. 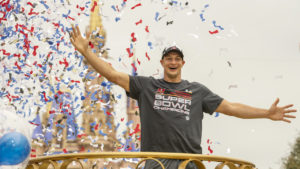 The very next day, park guests and cast members witnessed Gronk himself taking his trip to Walt Disney World. Tom Brady, likely to make good on his proclamation to visit the Magic Kingdom with his family in the coming months, wasn’t present as Gronk took in the wonder of Walt Disney World, and the amazing time still to be had in a Covid conscious Disney experience. 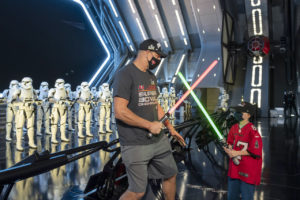 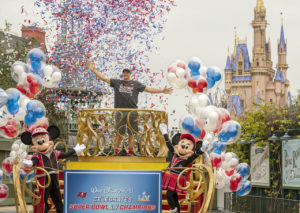 Accompanied by Mickey and Minnie, the trio took to Tik Tok to see Mickey do his best Gronk impression with a massive Gronk Spike atop the float.

The Mickey Blog family congratulates Rob Gronkowski and the Tampa Bay Buccaneers team on their Victory at Super Bowl LV, and we couldn’t be happier at the Lombardi Trophy returning to our state of Florida!