A Look Back On 15 Years of High School Musical

With America’s attention tuned to the inauguration of a new president, another anniversary quietly passed us by.  January 20, 2021 marked the 15 anniversary of High School Musical.

To call the TV movie a phenomenon would be an understatement.  Not only did it make Kenny Ortega one of the industry’s most sought after director but it’s also responsible for launching the careers of Zac Efron, Vanessa Hudgens and Ashley Tisdale. It became an unprecedented hit for the Disney Channel and its influence can still be felt today especially with High School Musical: The Musical- The Series providing to be one of the earliest hits on Disney’s streaming network Disney+ 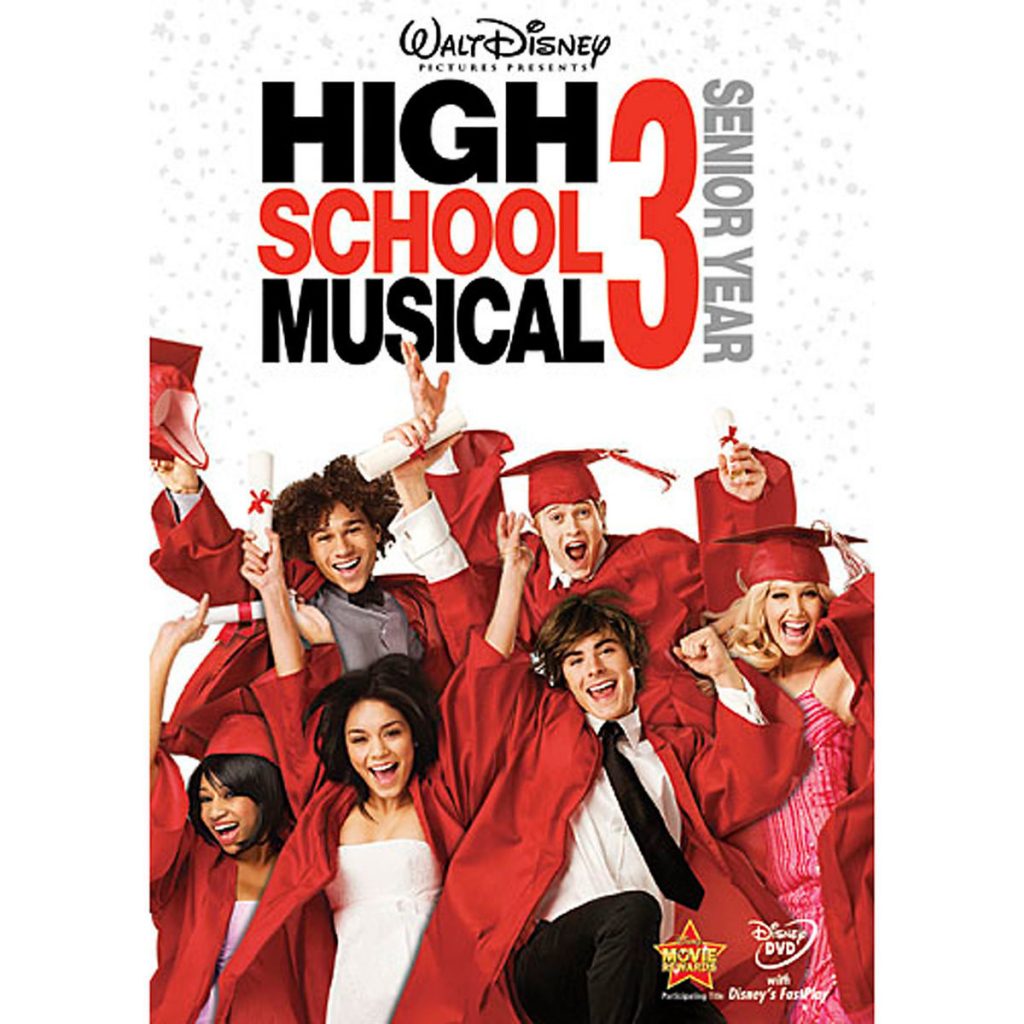 As a recent feature in Variety tells us, it also became a cultural juggernaut driving DVD sales along with dolls, t-shirts, posters, sleeping bags, lunch boxes and so much more! Troy and Gabriella become two of the most recognized characters in the world.  Add to that a sold-out concert tour, ice shows, touring productions and even a show at the Disney theme parks.

So of course there was a proven appetite for a sequel which came out in 2007 and at the time set a new cable television record with 17.2 million viewers tuning in!  The third (and final instalment) in the franchise High School Musical 3: Senior Year debuted in the theaters and earned $215 million at the global box office.  As Variety tells us, all-in-all the franchise amassed over $4 billion in retail sales worldwide! 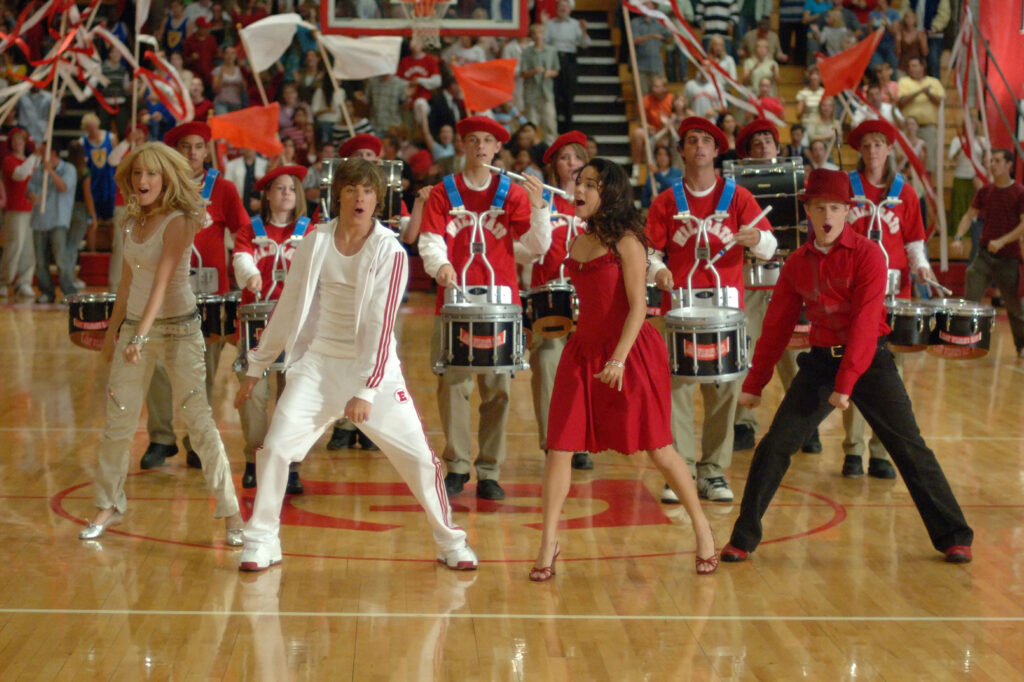 Ortego told Variety that Disney began casting years ago for a fourth instalment in the franchise with new cast members but that it wasn’t developed in the end.  Ortega, who directed the first three films isn’t involved in the new Disney+ series.  However, he revealed that he would be open to a reunion but sadly for fans, for Ortega that simply means a time to reminisce over dinner.  He told Variety,  “I would love nothing more than a reunion where everyone, including Zac Efron, could have dinner together and say ‘Wow wasn’t that something?’ We don’t even need cameras there.” 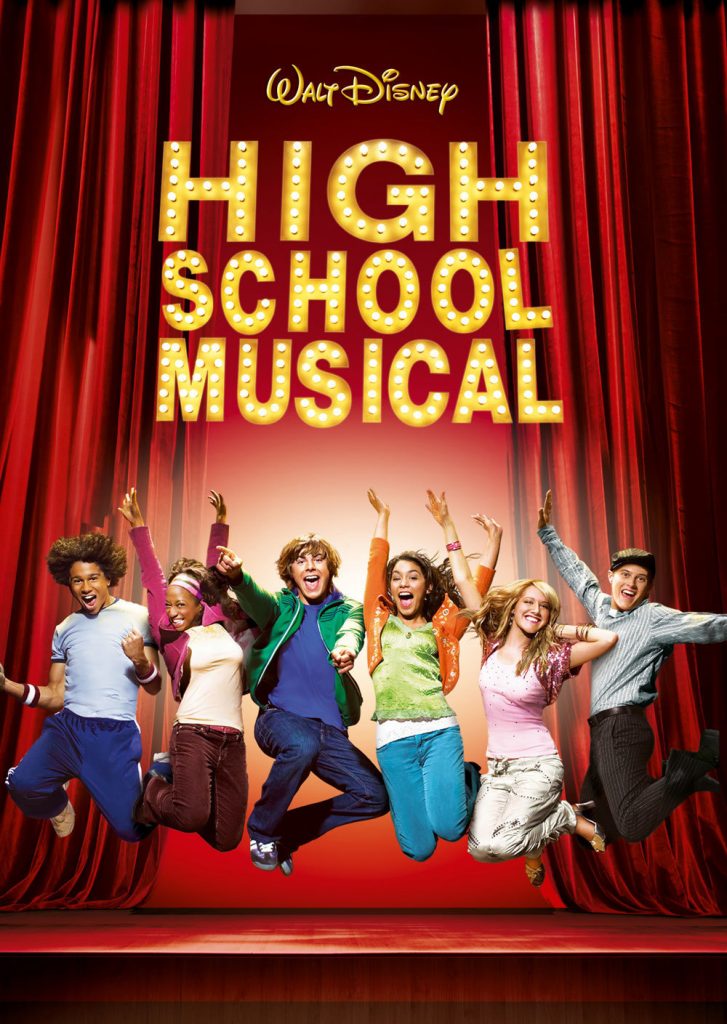 For those unfamiliar with High School Musical, the films were a modern day Romeo and Julie meets Grease mash up!  They centered around Troy Bolton (Efron) and Gabirella Montez (Hudgens), two high school students who meet during winter break, have a spark and then serendipitously end up going to the same school when Montez moves into town.  The try out for their High School Musical and land the lead roles but not without some attempts for Sharpay Evans (Tisdale) and her twin brother Ryan (Lucas Grabeel) to sabotage their big moment. In addition Troy is torn between being captain of the football team and being involved with the drama department, a decision made more difficult by his overbearing father and critical best friend Chad (Corbin Blue). 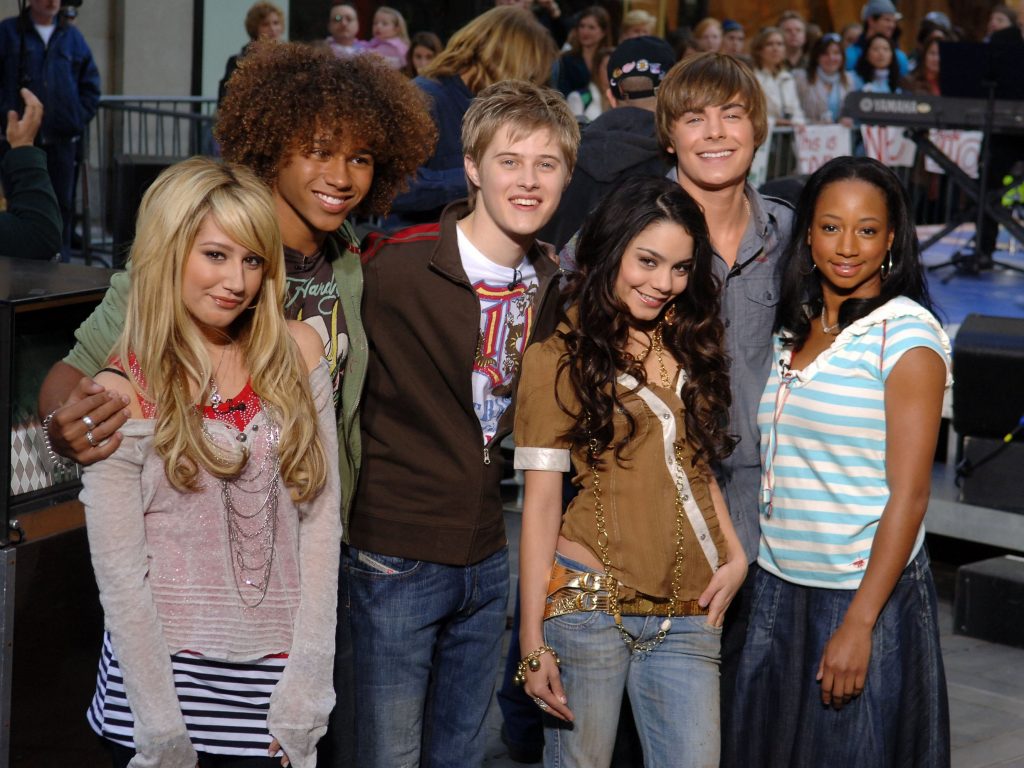 Peter Barsocchini who wrote the script for High School Musical told Variety that he was inspired by the trials and tribulations of his own high school experiences.  He recalls the day a star athlete confided in him saying,  “I’m going to tell you something, and if you tell anyone, I’ll kill you,’” his friend whispered. “‘I always wanted to be a ballet dancer.’” It’s not the kind of skeleton that would make kid’s today flinch. But way back when, he recalls, it would have turned the school upside down.

That’s just one of many small tidbits from Barsocchini’s life that apparently made it into the film! For instance the name of his 10 year old daughter was Gabriella and Sharpay was named after a dog that once bit him! 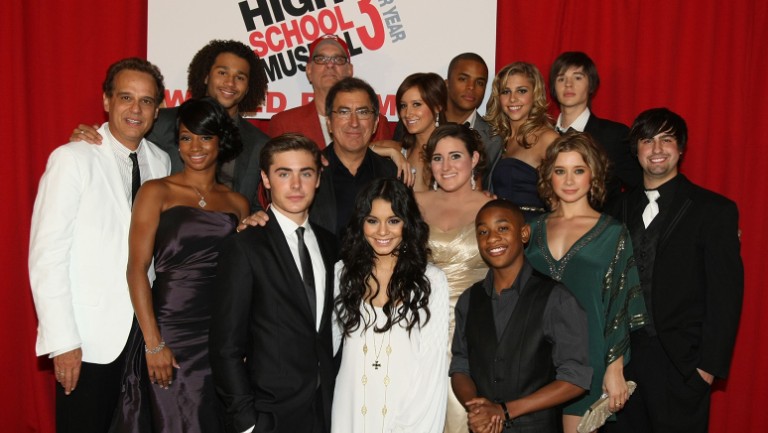 So how did they go about assembling the incredible cast? Ortega said of the process, “We ran auditions as if we were doing a Broadway musical,” He continues, “We put the kids through a really long process. Agents would call casting directors saying, ‘What is going on? Why are you keeping them so long?’ I was set on making sure these actors had all that it would take.”

He was looking for a cast members that were a triple threat meaning they could sing, dance and act.  The casting process reportedly took four months before they finally settled on Efron and Hudgens as the leads, “When we first met Zac, we felt he had the quality of what we’d call a matinee idol. He was stunning, but he wasn’t cocky, which isn’t something you’d find in young people,” Casting Director Natalie Hart says. “He had an accessibility. We knew he had the capability of being a leading man.” Hart recalls that Hudgens also had that “it” factor and was also instantly taken with her male co-star. “She was so smitten. She said, ‘He’s too cute. I can’t read with him.’ She had a meltdown,” Hart recalls fondly. 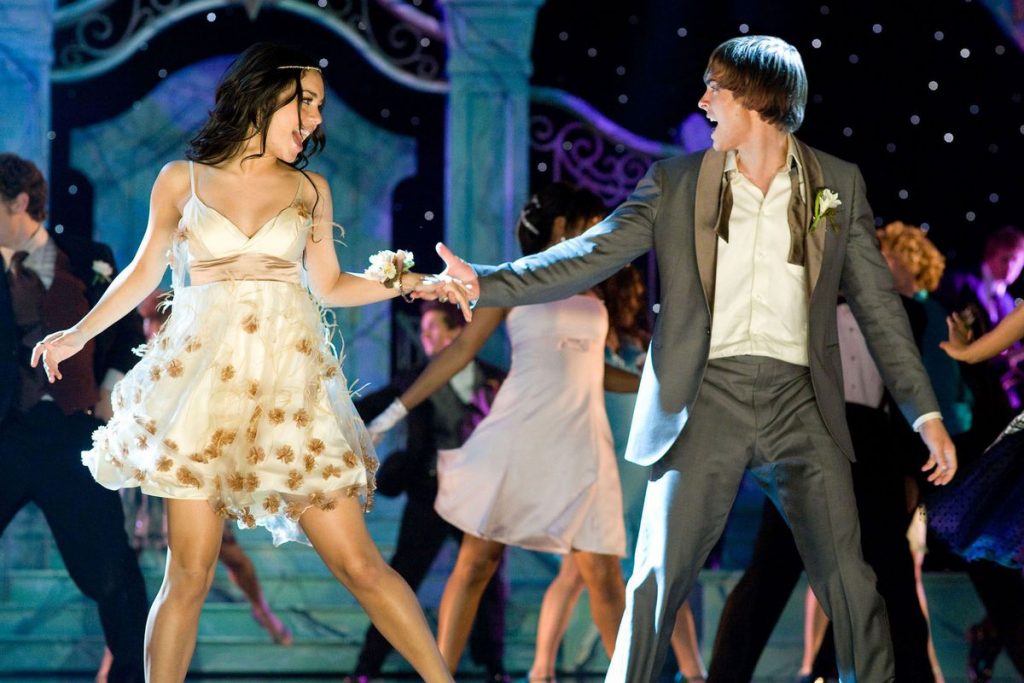 That being said, the team at the time weren’t sure if Efron had the singing chops to pull off some of the musical numbers in the film.  With that in mind, the singing voice your hear in the first film isn’t actually Efron but rather another actor Drew Seeley who auditioned for the part and didn’t get it!  This admittedly put Efron in an awkward position. He has spoken out in the past about having to lie at the press junkets,  “We were all given talking points,” Efron told Newsweek in 2007. “When ‘High School Musical’ became successful, that’s when we found ourselves having to backtrack.”

Thankfully Efron spent his time in between HSM 1 & 2 taking singing lessons and it is his actual singing voice used in both sequels. 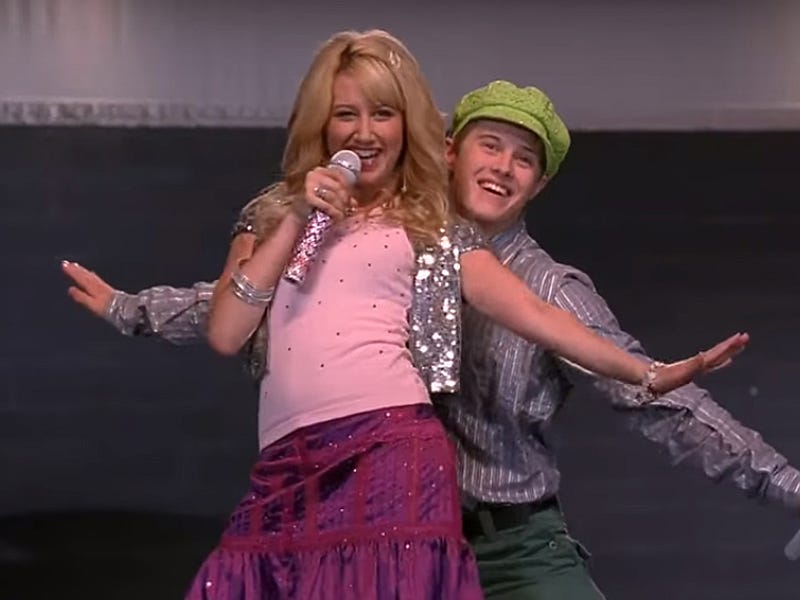 In creating the film Ortega also needed to be mindful of his “family” Disney audience.  That’s why Ortega who is openly gay choose to keep the sexuality of Sharpay’s brother Ryan (played by Lucas Grabeel) vague.  That’s also why you’ll find that the biggest dirt Sharpay could dig up on Gabriella is that she’s too smart. But most importantly that’s why you don’t see Troy and Gabriella lock lips in the film. Ortega says “not everything needs to be sealed with a kiss.”

However, the chemistry between Hudgens and Efron was undeniable “There was something going on with those two youngsters,” Ortega remembers. “They were like, ‘When are we going to kiss?!’ We felt it didn’t belong there.” 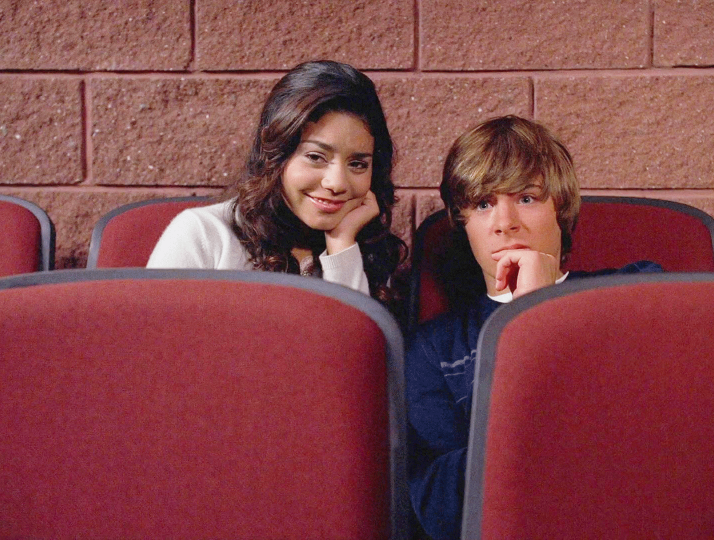 Those involved in the project insist that one of the things that made HSM such a hit was the movie’s innocence.  “One of the reasons it took off is because parents could watch it with their kids without cringing,” Barsocchini says. “People will be critical it’s a phony Disney version of a family, but that’s what we set out to do.” Ortega attests the messaging also helped the film catch fire: “It was be fearless. Don’t stick to the status quo. Don’t fall to peer pressure.”

Though Disney initially had fears about not only making a High School Musical but also giving it a $4.2 million budget, all of that seemed to dissipate when viewer numbers came in for the film.  Barsocchini remembers Disney Channel President Rich Ross saying, “The world just changed. ‘High School Musical’ was No. 1 in the timeslot in all of cable and broadcast in women ages 18-49.’” 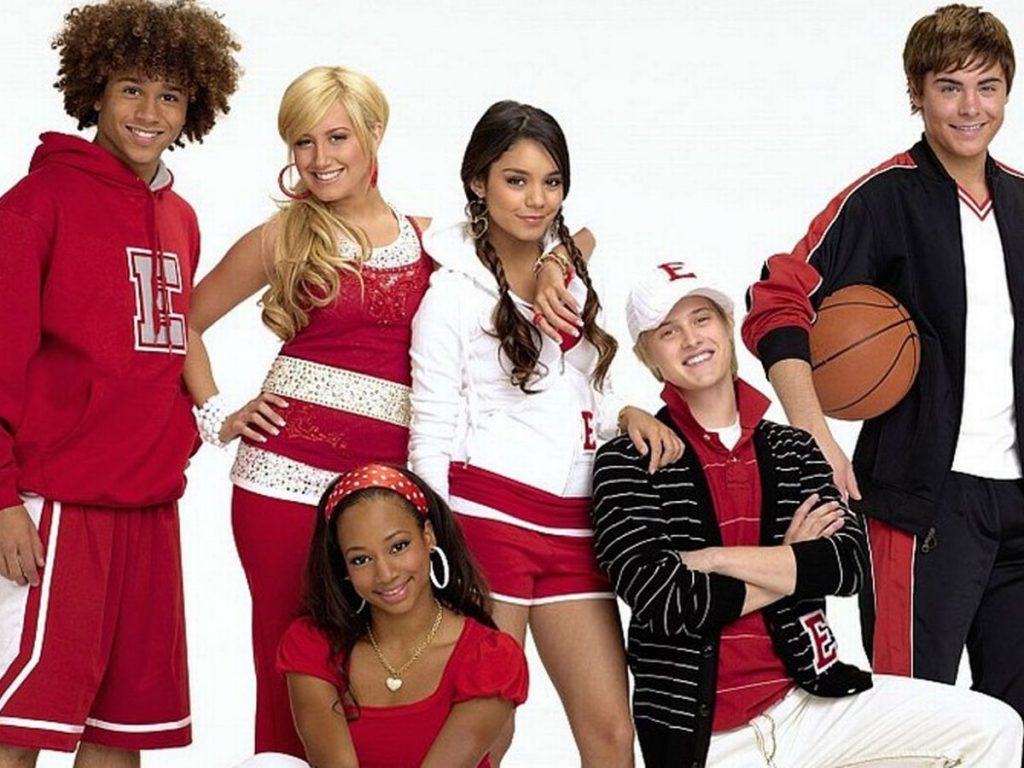 Disney was quick to capitalize on the momentum and before you knew it there were sing-along and dance-along screenings of the film. Many of the songs from the musical also ended up charting which was unheard of for a TV movie soundtrack.

It’s not surprising the cast became household names seemingly overnight. Corbin Bleu remembers, “When the movie aired, we went to this carnival over the weekend, and I was mobbed. I never experienced anything like it in my life. Overnight, everything completely changed. There’s nothing to prepare you for that kind of onslaught.”