Here’s a touching, feelgood moment for your Tuesday evening.  As you can see from the image above, some familiar faces including Chris Pratt, Tom Hanks, Angelina Jolie and more came out to support Gary Sinise’s Snowball Express ceremony in support of Gold Star Families.

In year’s past, the event would see many of these families fulfilling their dreams of visiting Walt Disney World but this year the event was happening virtually due to the pandemic. 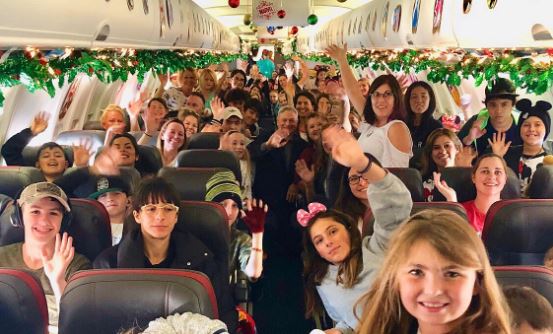 Angelina Jolie said in the video (which we’ll share with you below, “We owe so much to military families. More than we even know.” She continued,  “So I am deeply grateful and thankful to all you.”

Chris Pratt known for his role as Star-Lord in Guardians of the Galaxy was on the zoom call while live from the set of Jurassic World Dominion where he was joined by actress and Mandalorian director Bryce Dallas Howard.

Tom Hanks, sent a message to the thousands of family members who lost a loved one in combat saying,  “Hey, Tom Hanks here helping out my old buddy Lt. Dan [Sinise’s character in “Forrest Gump.”] I hope everybody has a really, really, great time,” Hanks shared. “Disney World we’ll be there in the future. Have a great time. Throw some snowballs around.

Day one of our first virtual Snowball Express event was a success! Families ended the evening with a stellar performance by Gary Sinise and the Lt. Dan Band. Today, families woke up with pancake artist, Dancakes, showing off his artistic skills creating unique pancakes! pic.twitter.com/4RiYxLcsiH