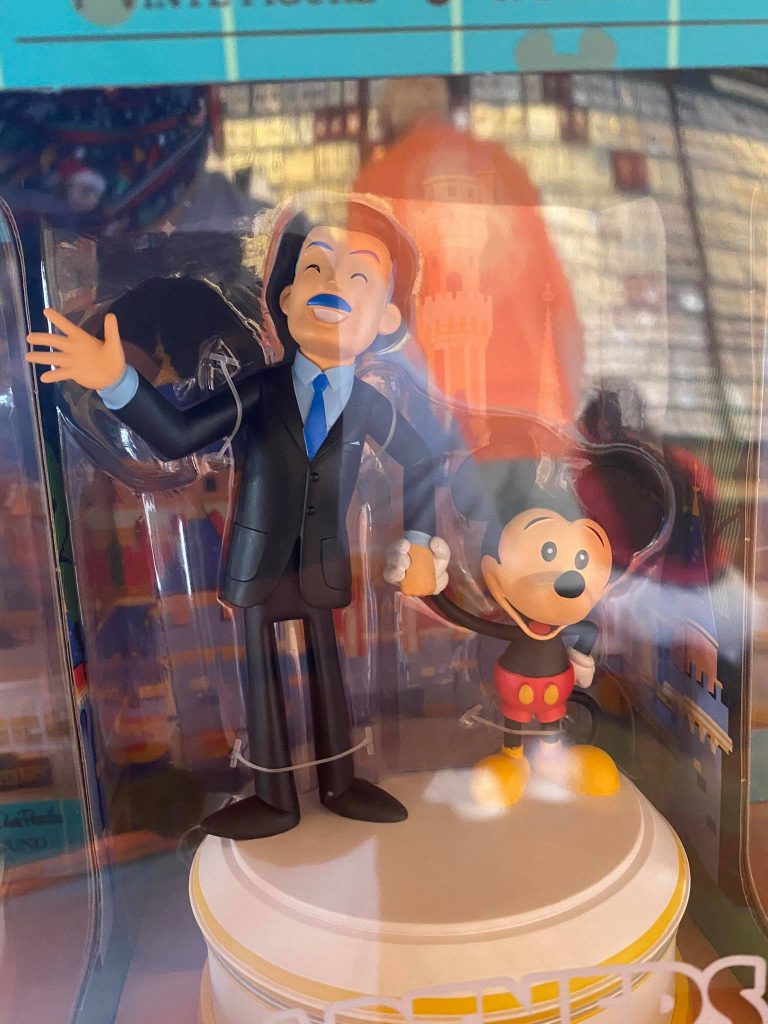 The iconic Partners statue is depicted in a cartoon-esque fashion in this pop vinyl and comes with it’s own plaque just like the one on the statue itself. 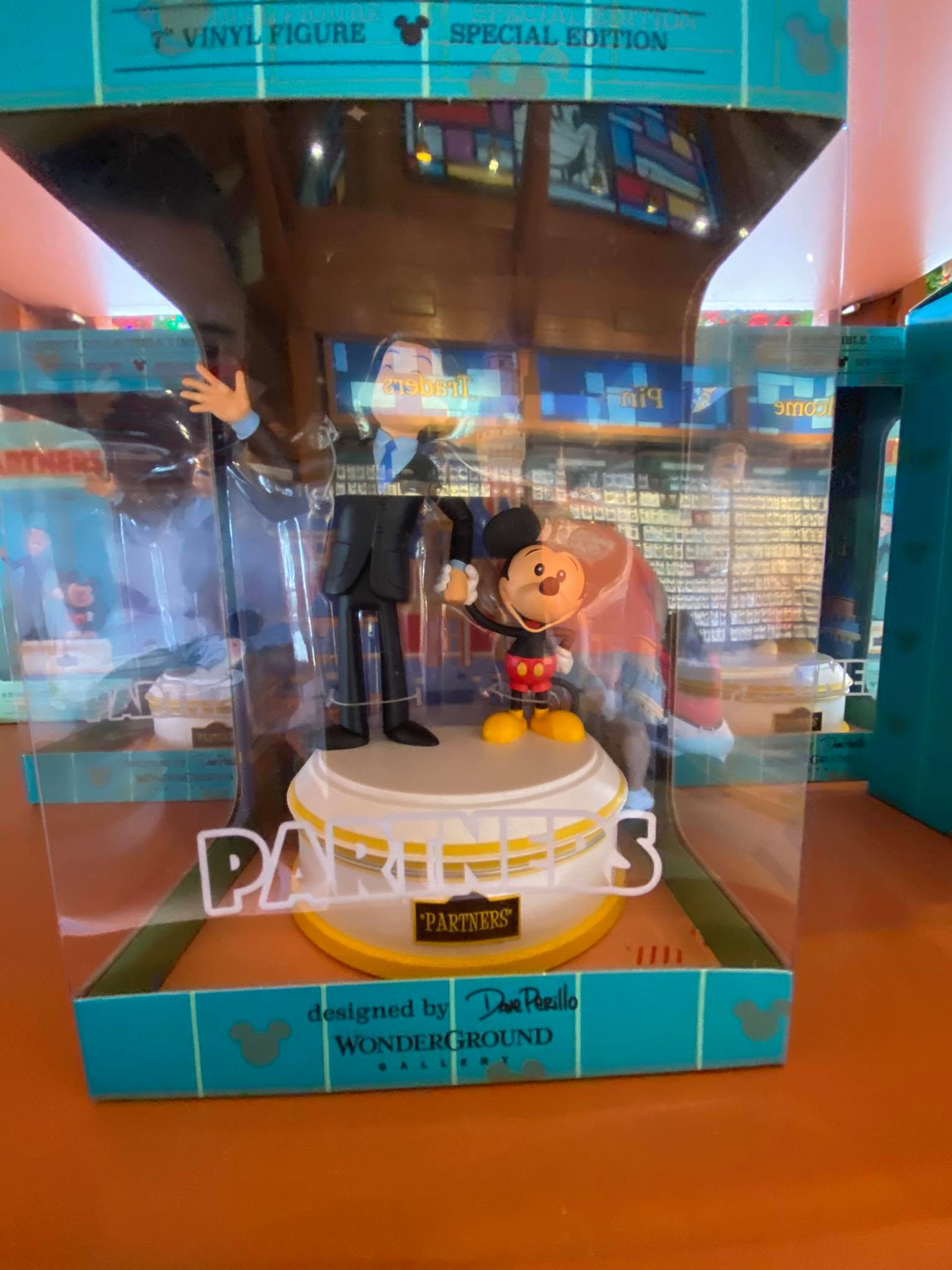 Due to space issues (and also likely to keep it as close to the Partners statue you’re closest to), the plaque simply reads “Partners”, instead of going on to add in one of the two quotes that is seen on the statues. 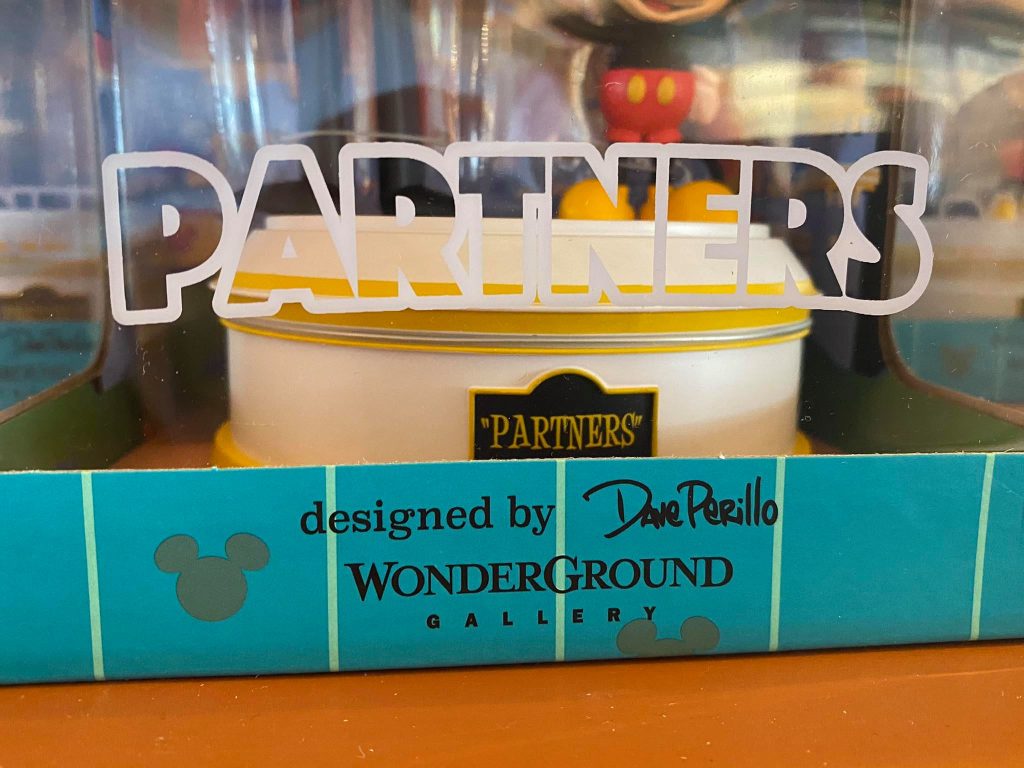 The box also has an interpretation of the Disneyland logo and opening year with Tinkerbell as nod to the original logo from when the park opened. 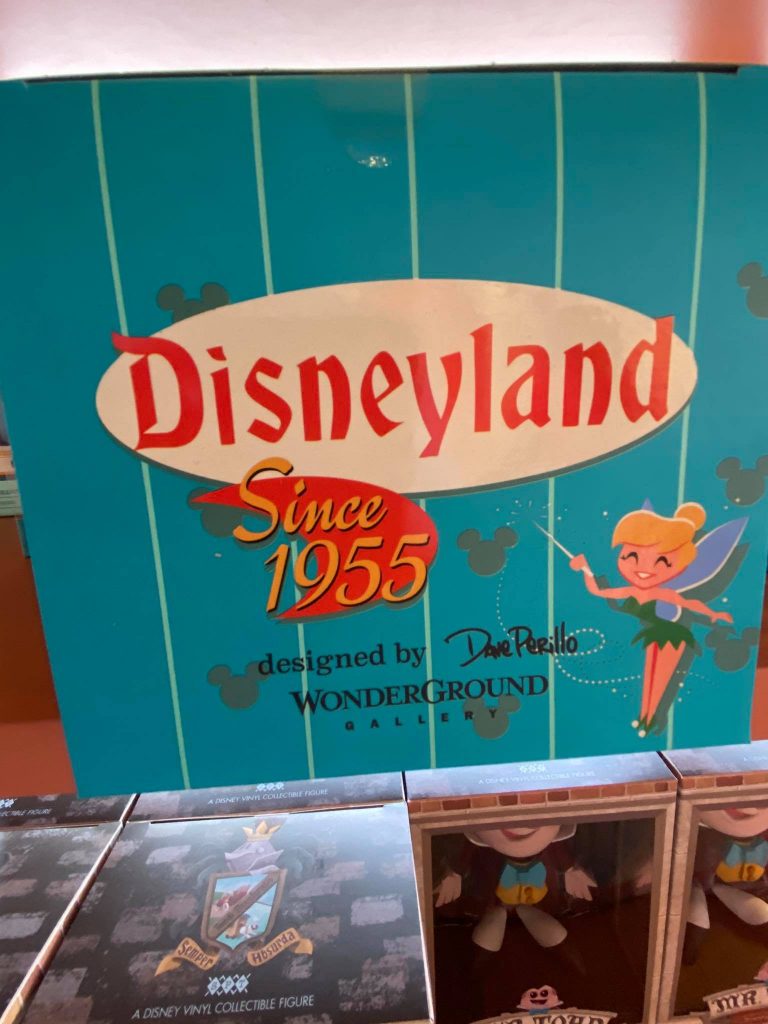 How great is this? I want to buy it right now! 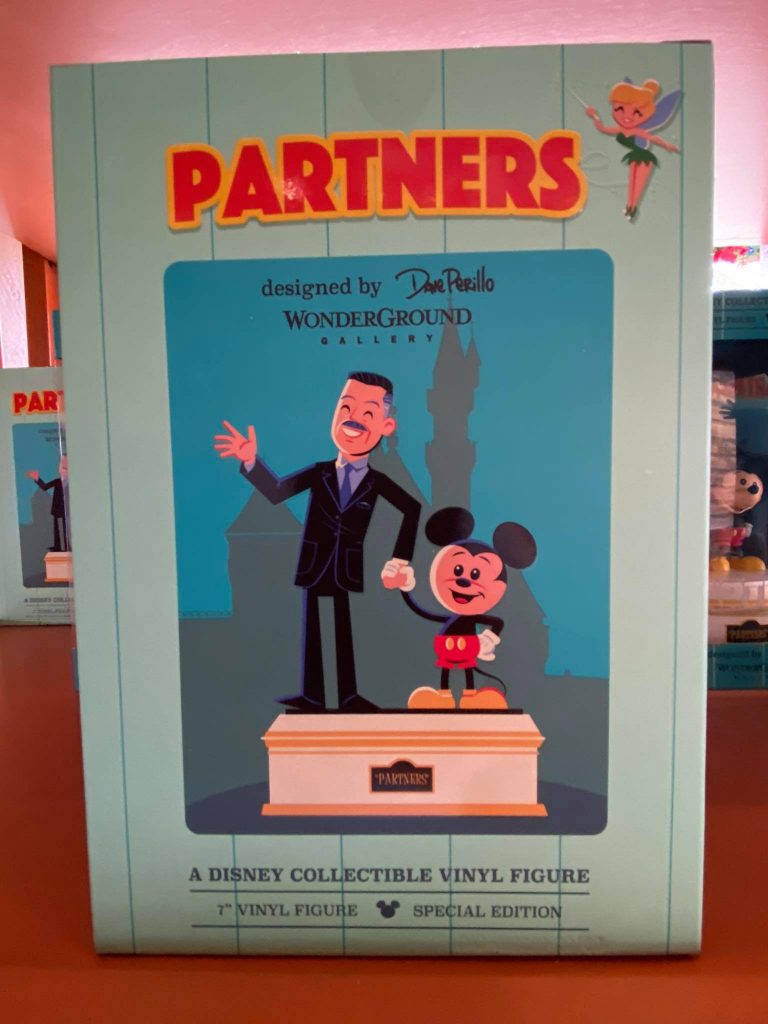 Next up for the WonderGround vinyl figures is Mr Toad from the 1949 film The Adventures of Ichabod and Mr Toad. 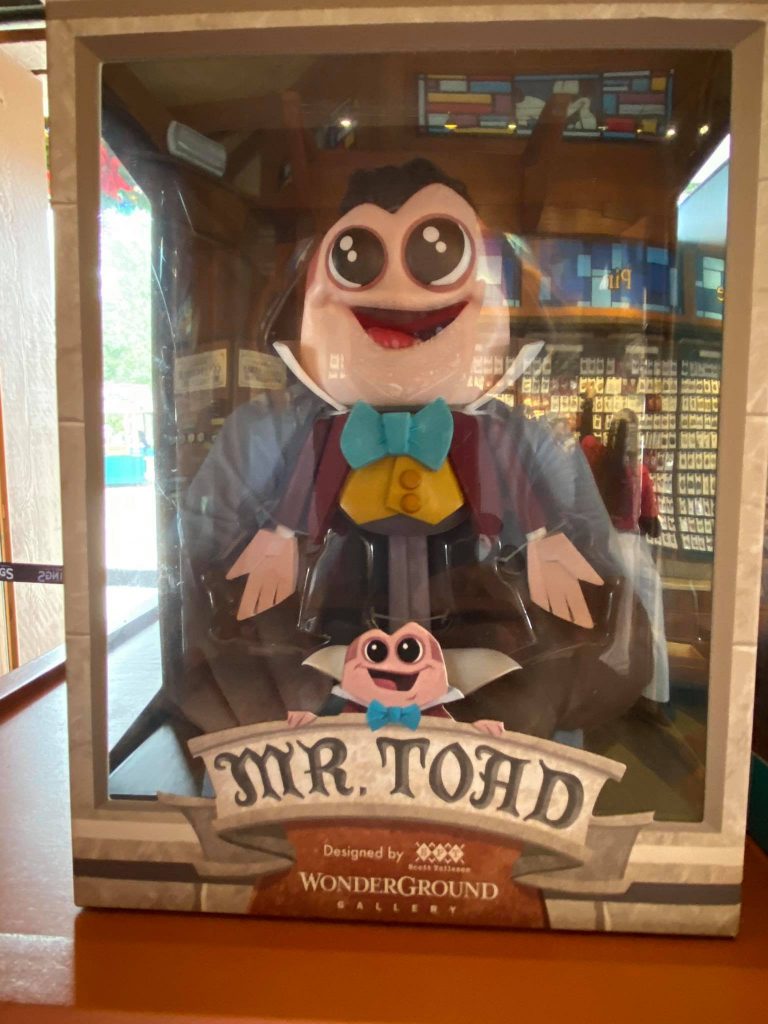 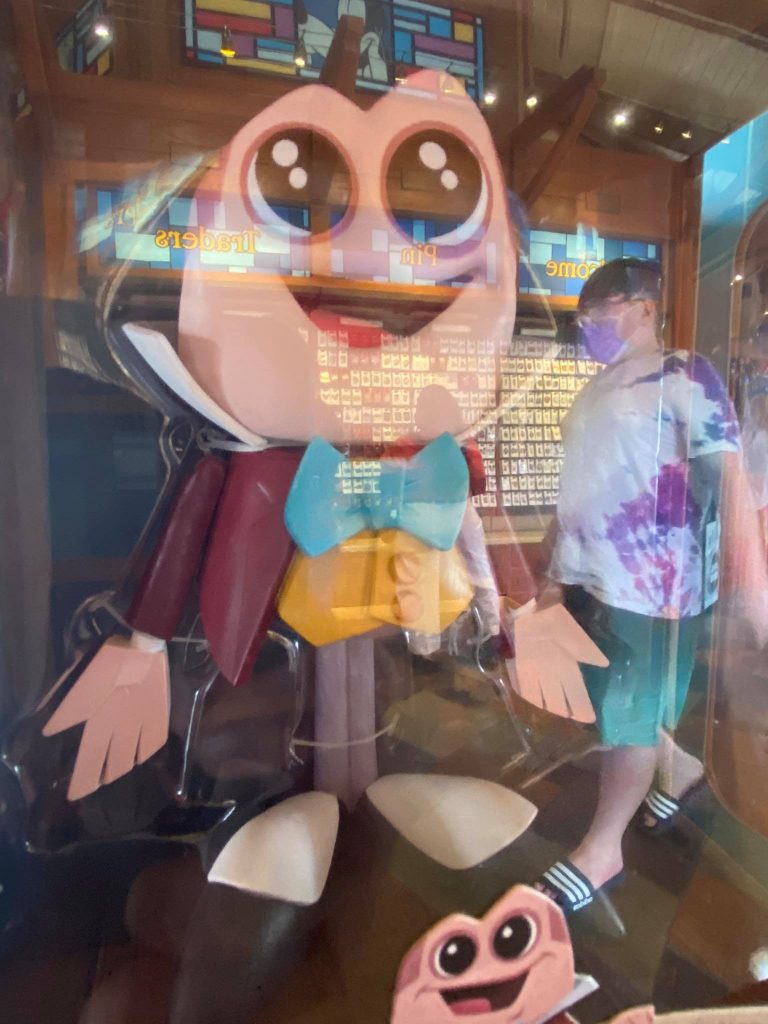 I want to but this one too! 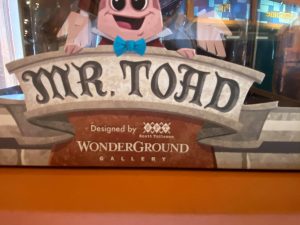 The design on the box resembles that of Toad Hall and the entrance to the classic Disneyland attraction, Mr Toad’s Wild Ride.

Of course, this attraction used to be at Magic Kingdom too until September 1998, when it was replaced by The Many Adventures of Winnie the Pooh the following year. 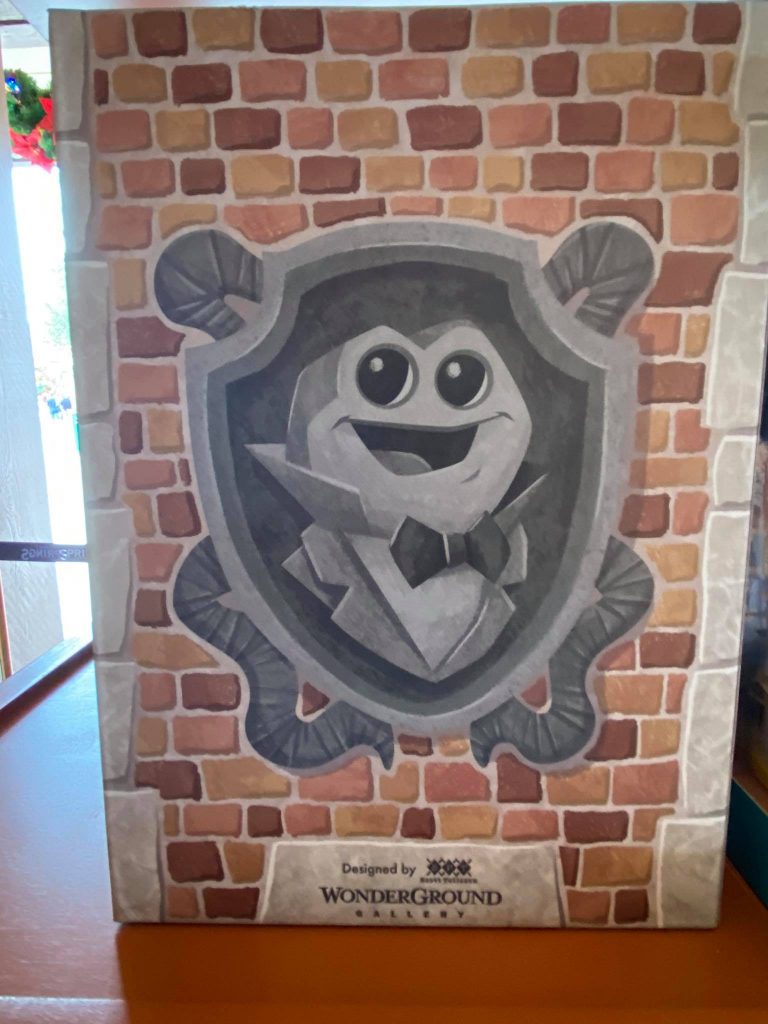 The back of the box features Mr Toad’s portrait in stone.

Both of these WonderGround vinyl figures were found at Disney Pin Traders at Disney Springs, for a total of $29.99 excluding tax. Will you be picking either of these up? Let us know in the comments.