BREAKING NEWS: Jeopardy! Host Alex Trebek Has Passed Away at the Age of 80

It is with a heavy heart that we here at MickeyBlog share the news that legendary host of Jeopardy, Alex Trebek has passed away at the age of 80.  The news was shared just moments ago on the Jeopardy’s official Twitter account. See below:

Jeopardy! is saddened to share that Alex Trebek passed away peacefully at home early this morning, surrounded by family and friends. Thank you, Alex. pic.twitter.com/Yk2a90CHIM

Trebek passed away today (Sunday November 8, 2020) after a long battle with pancreatic cancer. As the Daily Beast points out, the Jeopardy! host was like family to millions of viewers over the decades that he hosted the show.  Trebek first revealed his cancer diagnosis in March 2019. At the time he announced that the prognosis was “Not very encouraging” but vowed “To fight this, and I’m going to keep working.” Throughout his battle with cancer Trebek continued to host Jeopardy!.

Trebek first arrived on the game show scene back in 1973 with the short-lived program The Wizard of Odds.  He went on to host several other programs in the ’70s and ’80s including Double Dare and High Rollers. In 1984 he began hosting Jeopardy! and at the time of his death had hosted over 8,000 episodes of the show! 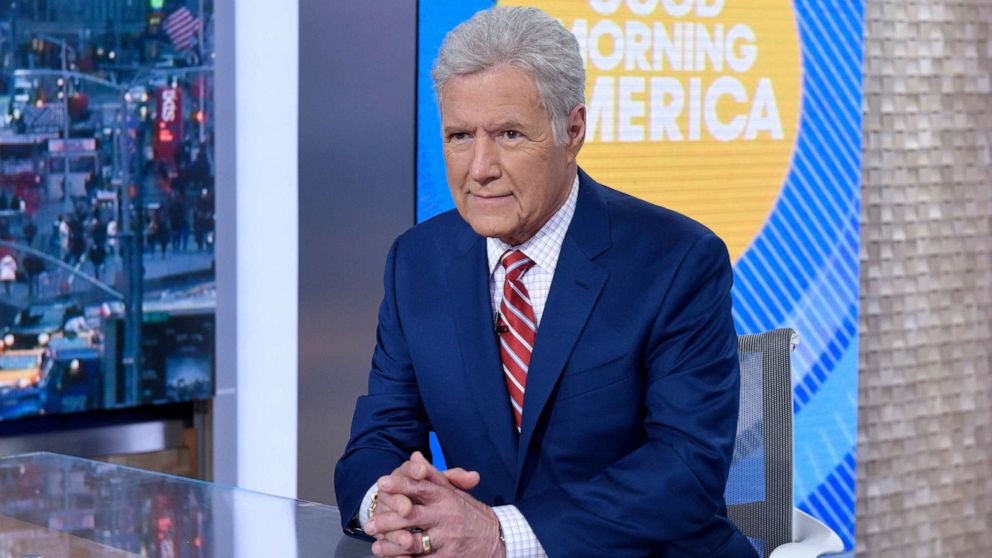 During his time at the game show Trebek earned an impressive 28 Emmy nominations for Outstanding Game Show Host which he would go on to win seven times.  He also received a Daytime Emmy lifetime achievement award in 2011.

According to a post with DisneyWiki, Alex voiced himself during an episode of the animated series Pepper Ann with Disney.  Disney enthusiasts will also remember his appearance in the now closed EPCOT attraction Ellen’s Energy Adventure.  He also did voice work for Spy Hard and was mentioned in The Muppets episode “Generally Inhospitable.”

He is survived by his wife Jean Currivan Trebek and two children Emily and Matthew.

Here at MickeyBlog our hearts go out to all Alex’s friends, family and colleagues. He will be deeply missed.