Not so long ago, in a shopping district not so far away, Mickey Blog tracked down some of the latest Star Wars LEGO sets…

What? You didn’t know there was a LEGO Store at Disney Springs.

Here are the deets: 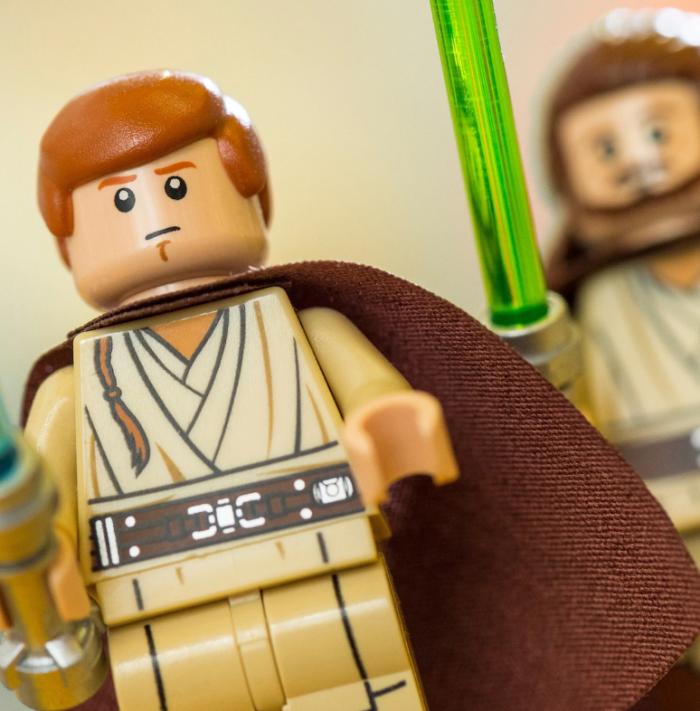 Build your wildest Disney dreams! Make tracks to this giant, imagination-based mecca and get your fill of every conceivable aspect of the LEGO phenomenon—from collectible playsets inspired by some of your favorite Disney films and characters to individual bricks, kits, LEGO-themed merchandise and so much more… Special superstore features include the eye-catching Pick-A-Brick Wall and larger-than-life Disney models. Be sure to stop by with the family—it’s fun for kids of all ages!

Some familiar faces welcome fans to the familiar store in the Marketplace; Kylo Ren is front and center. 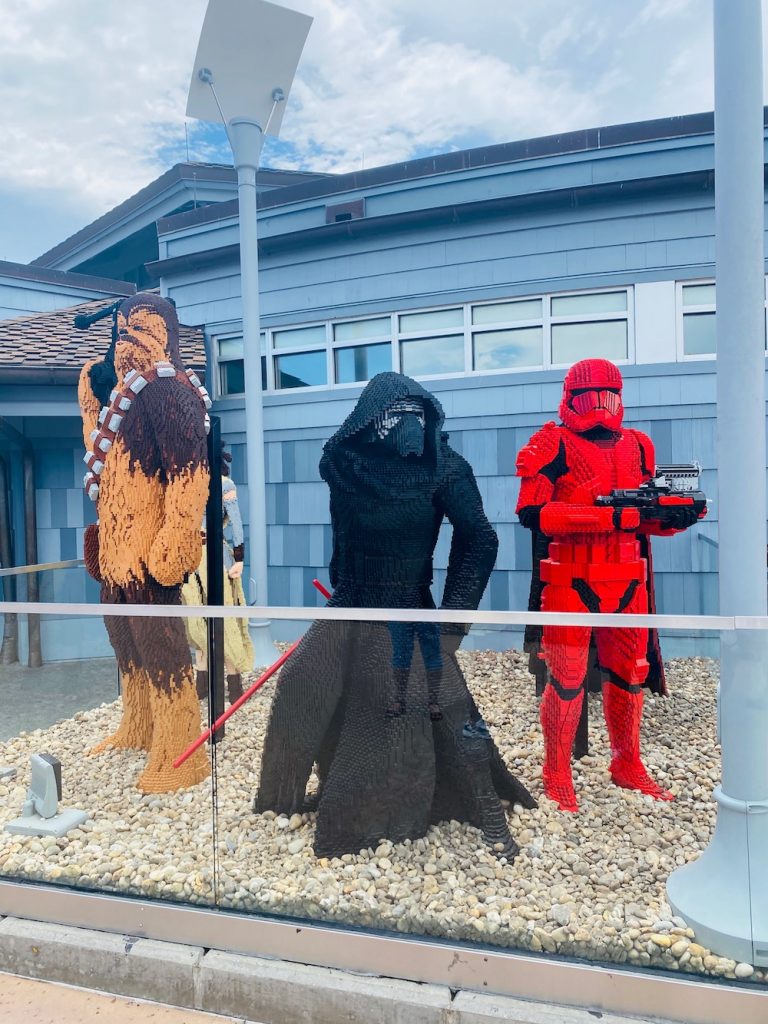 From Star Wars: The Rise of Skywalker – A Sith Trooper. 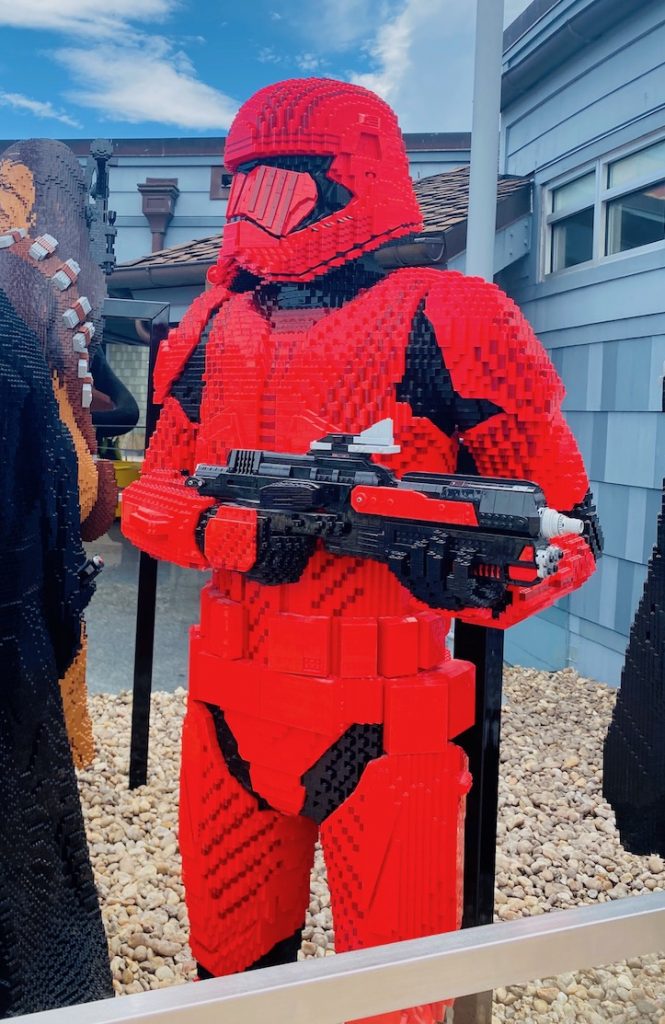 From The Force Awakens and The Last Jedi – Captain Phasma. 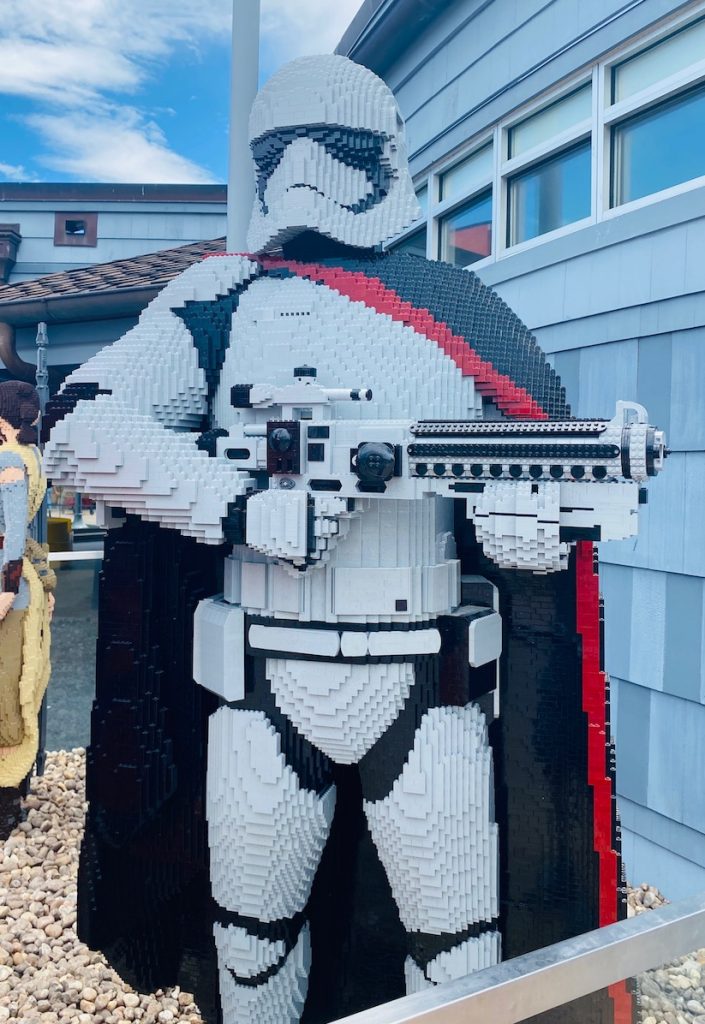 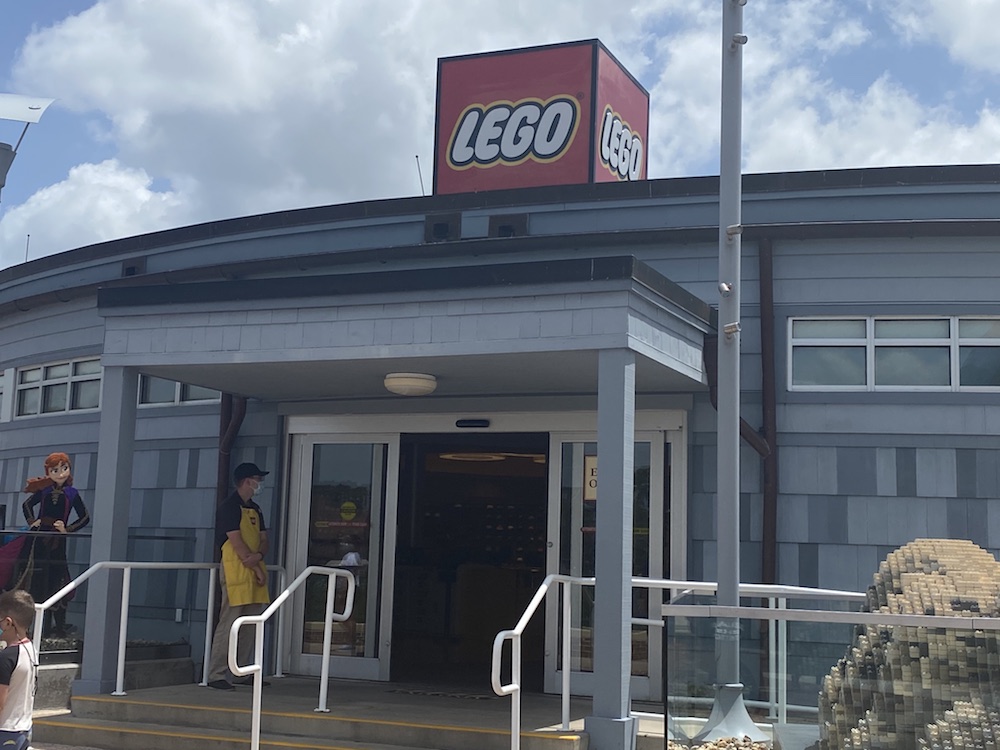 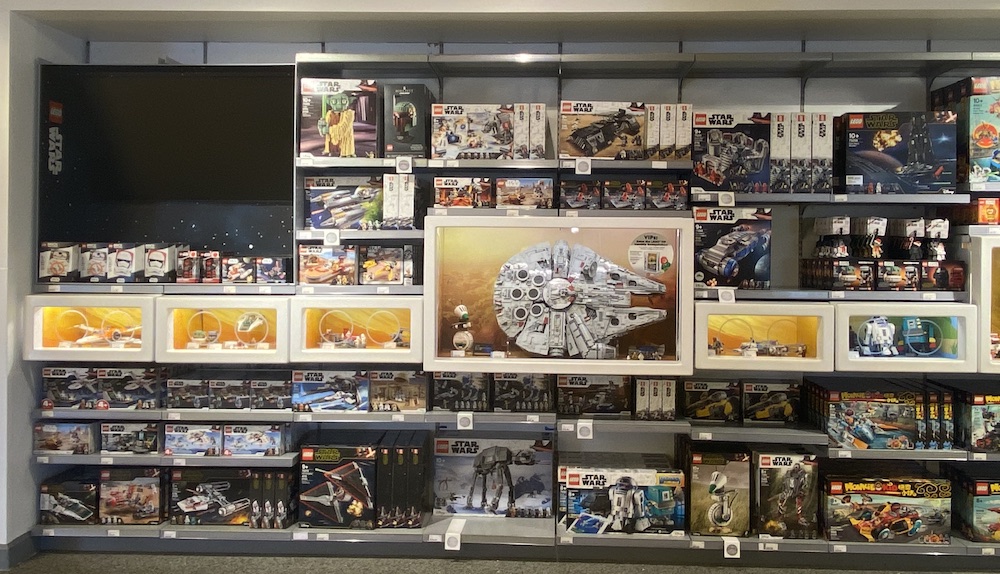 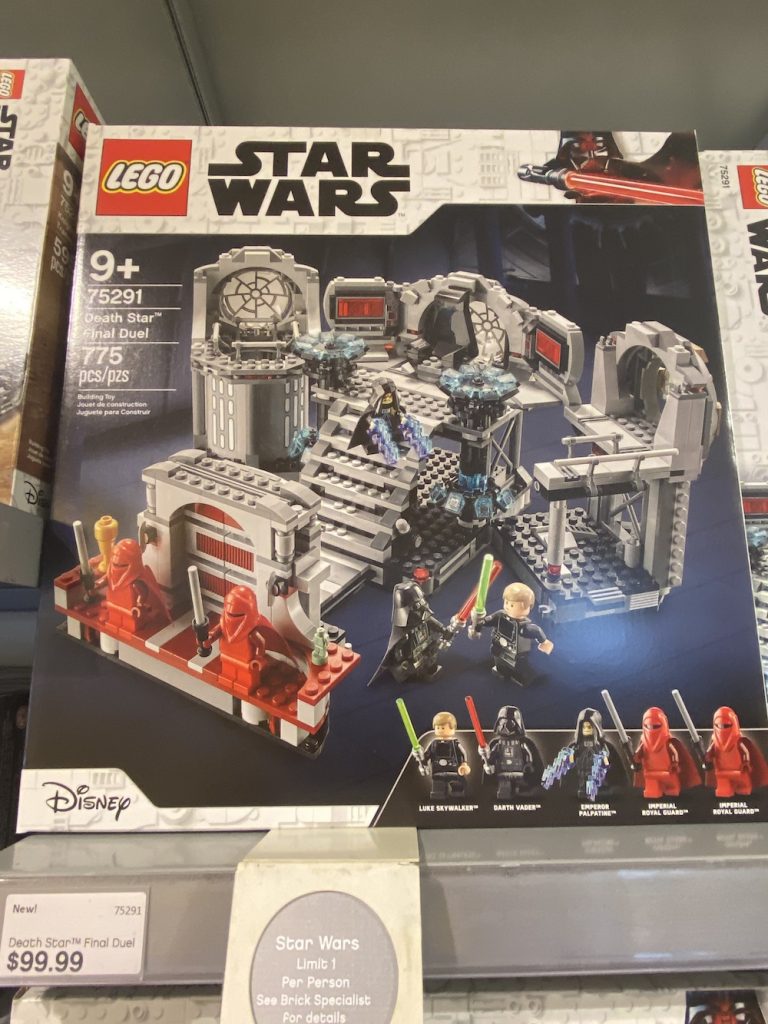 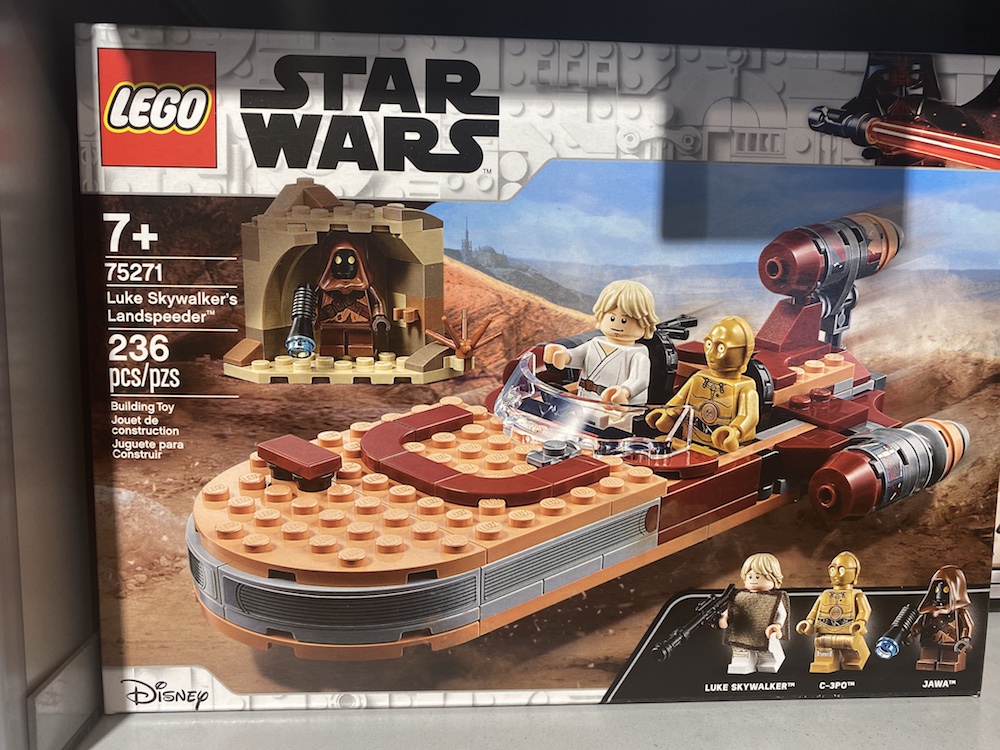 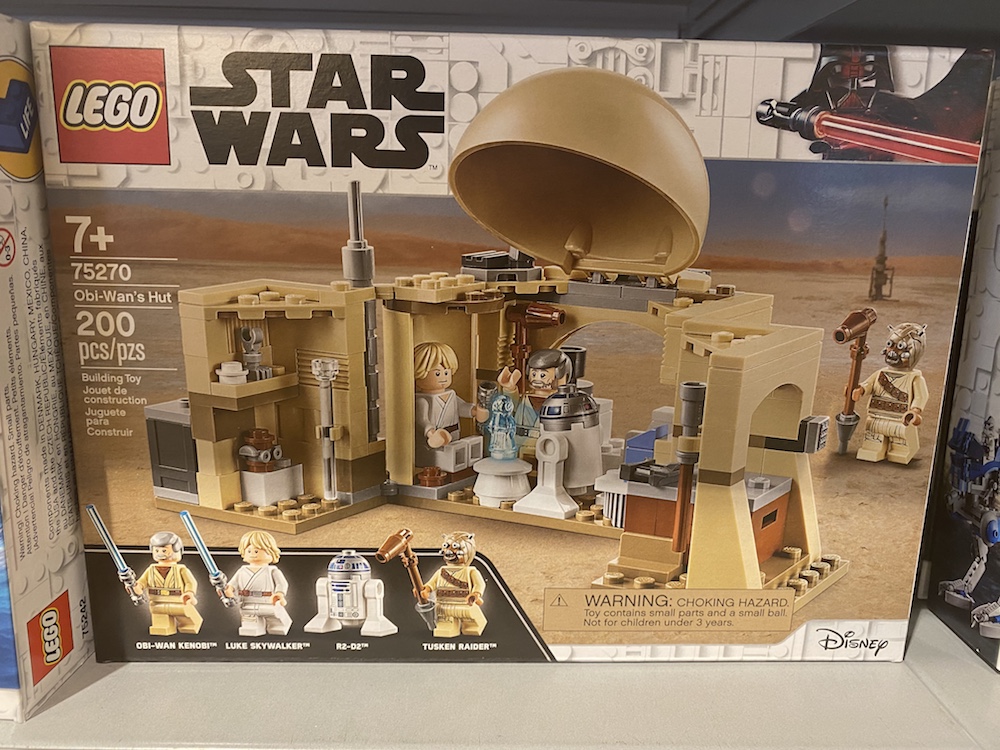 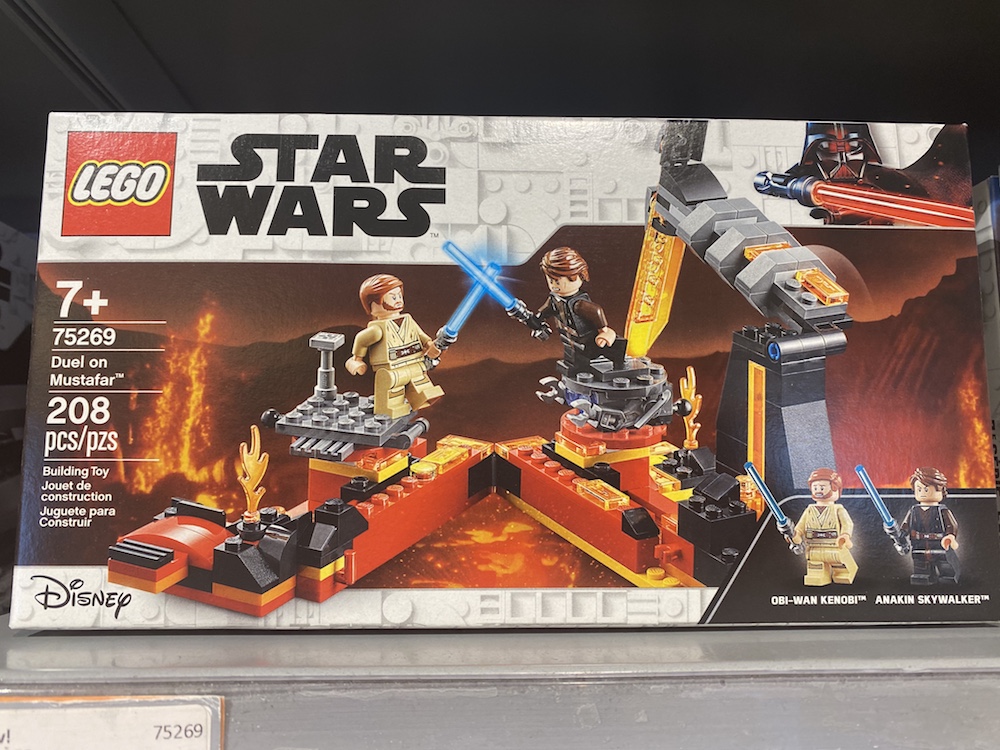 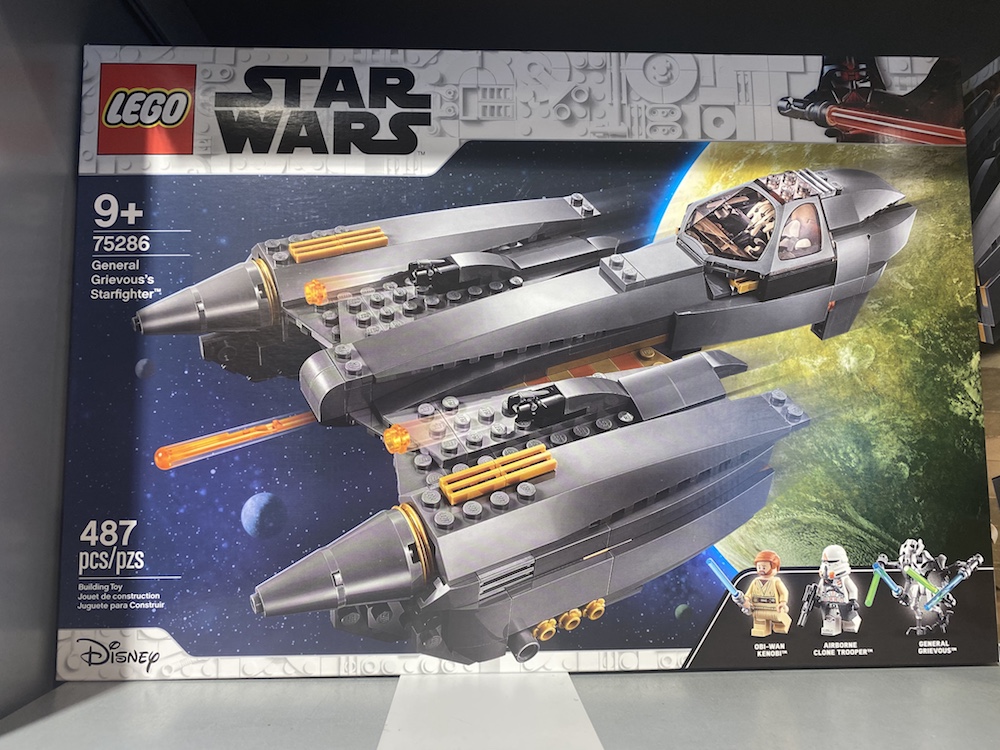 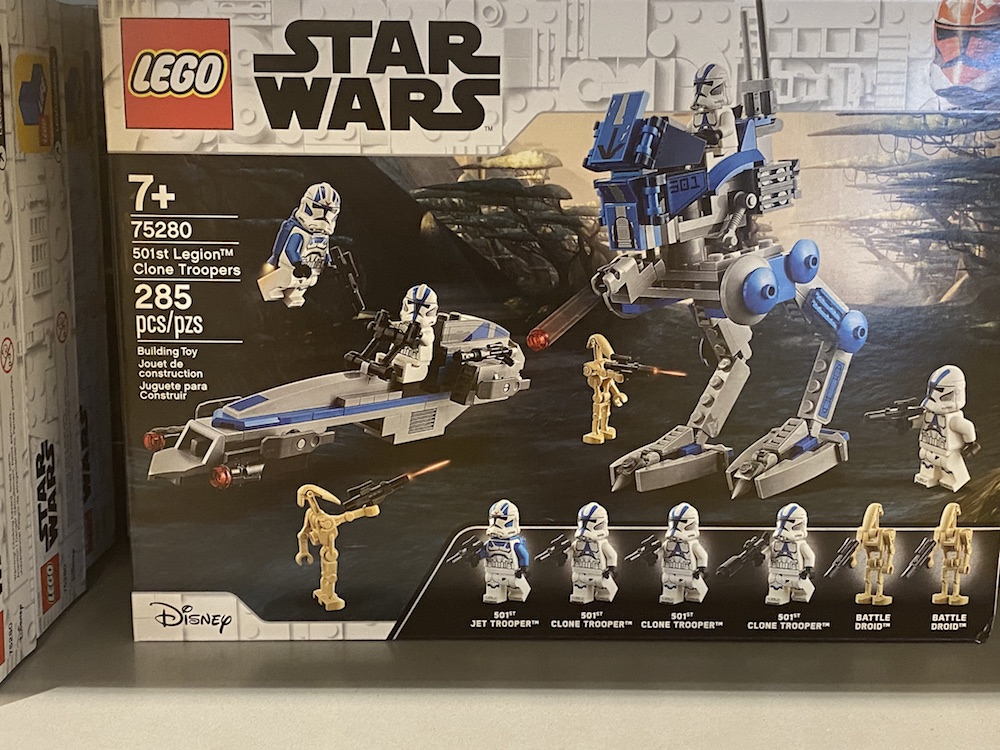 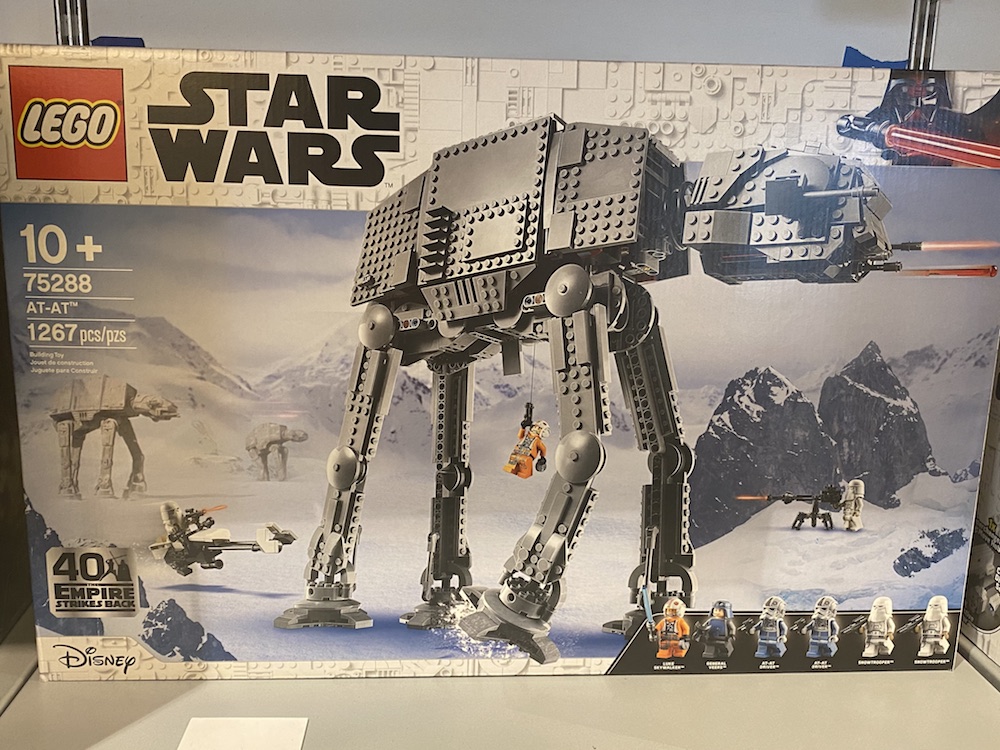 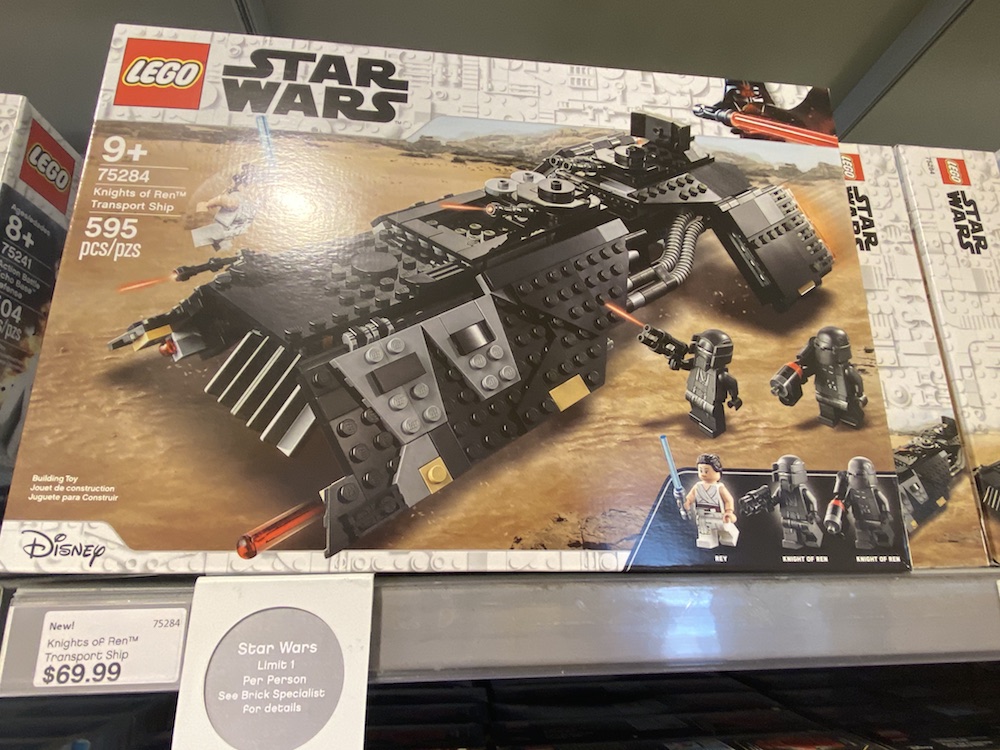 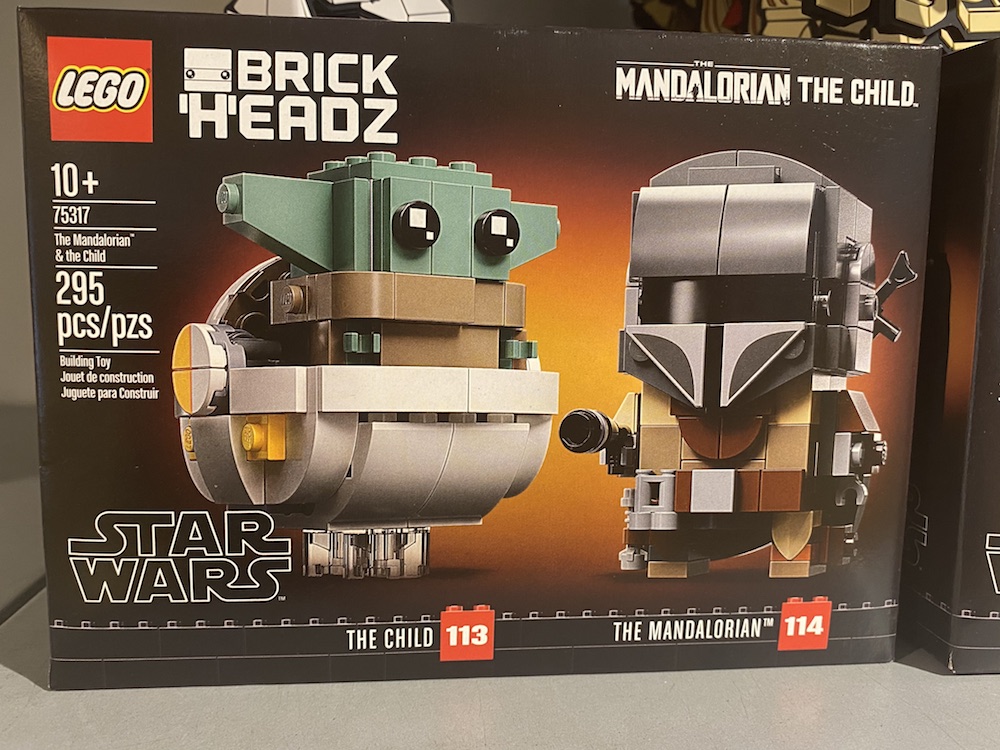 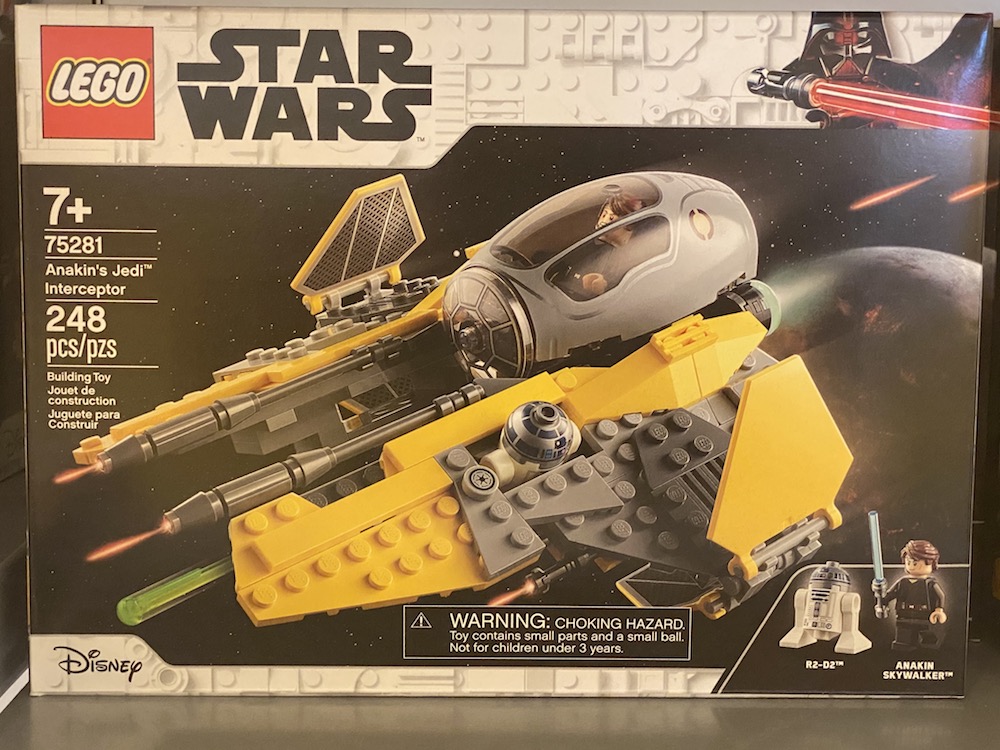 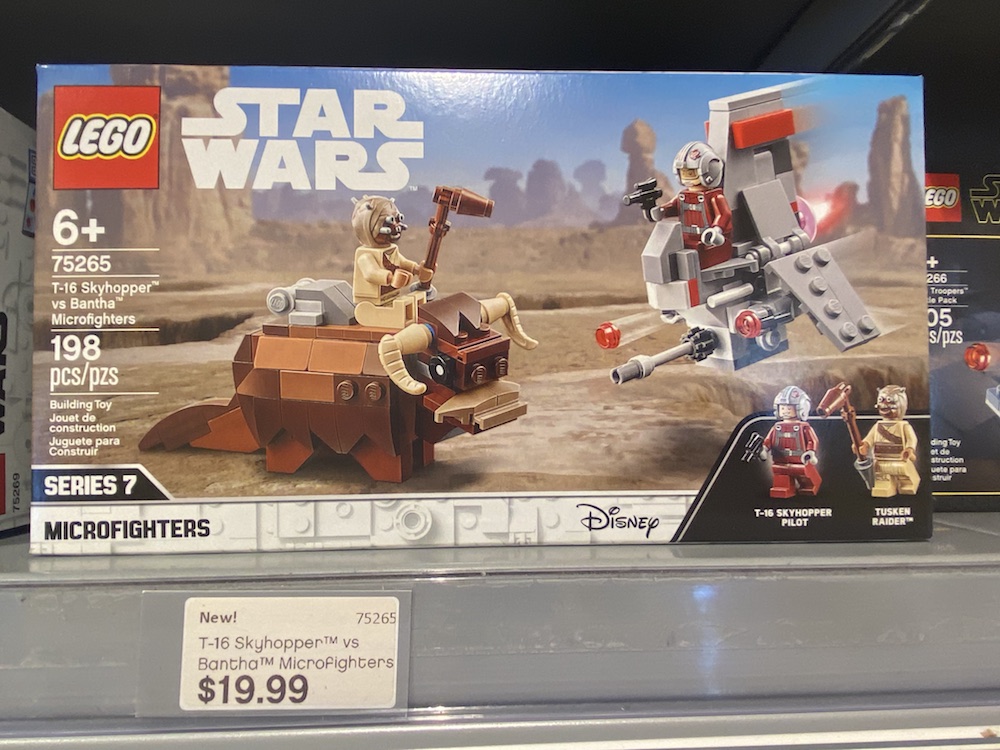 And the coolest of the bunch! Straight from Batuu….Resistance I-TS Transport (featured in the Star Wars: Rise of the Resistance ride – $99.99). 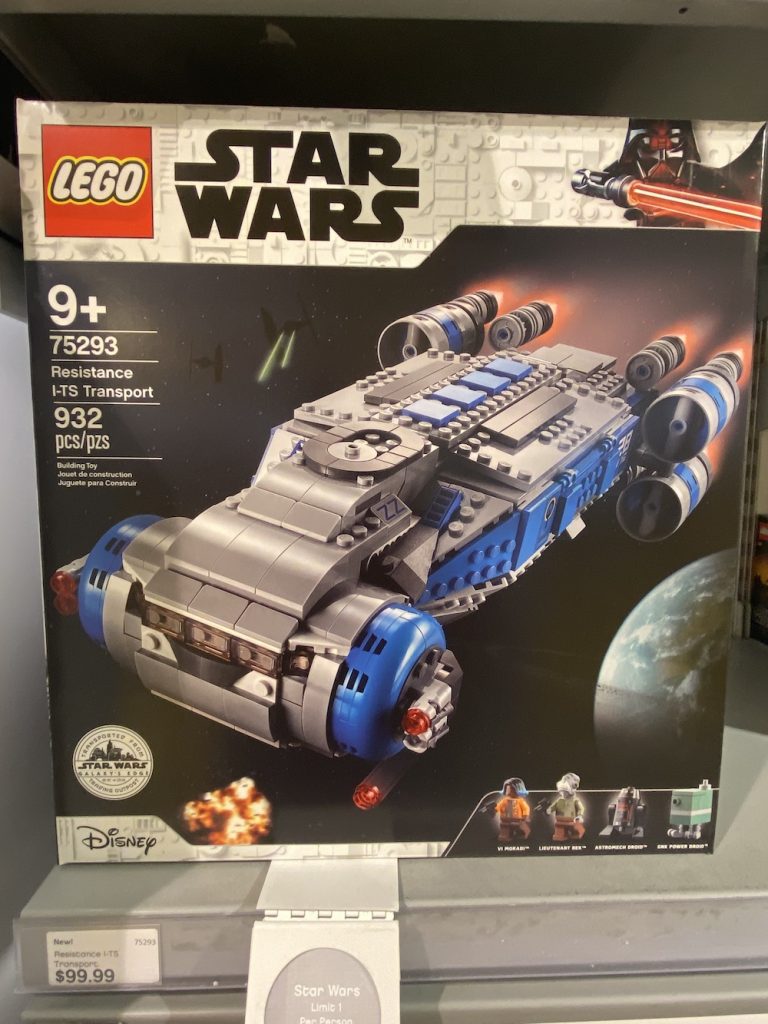 Coming Thursday: “I am your father…”

But you don’t need to go to Disney Springs to get one of the most anticipated sets ever – just head to Target.com.

Launching August 27 exclusively on Target.com, the new LEGO Star Wars Bespin Duel set celebrates the climactic clash between Luke Skywalker and Darth Vader in Star Wars: The Empire Strikes Back, in honor of the film’s 40th anniversary. The set focuses heavily, however, on the moment that changed everything. It looks to be a fun build for LEGO fans, and an eye-catching display piece for anyone who loves The Empire Strikes Back. In advance of its release, StarWars.com caught up with LEGO Star Wars design director Jens Kronvold Frederiksen to discuss how LEGO rebuilt (literally) one of the saga’s most memorable scenes. 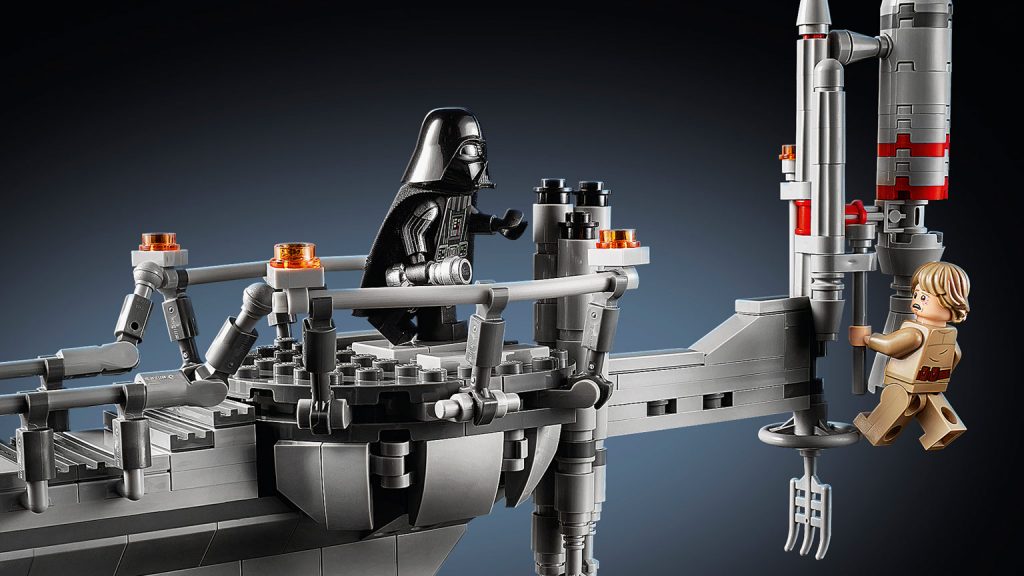