If you’ve been following along with MickeyBlog then you know that last year a Hester Burkhalter, a 69 year old grandmother from North Carolina was arrested at Walt Disney World for trying to bring CBD oil into the theme parks.  According to a story that just appeared on FOX 35, high profile civil rights attorney Ben Crump said that he is suing the company on behalf of Burkhalter.

Back in 2019, Burkhalter revealed that she was carrying the oil because she had bad arthritis in her legs. When Disney World security found the oil she was arrested on a felony but charges were later dropped. Last year, Crump held a press conference in Orlando saying that they were looking into suing as a result of illegal detention, false arrest and a violation of Burkhalter’s civil rights.

Crump was interviewed at the time and said,  “If they want to avoid further legal ramifications over this horrific incident, they need to take ownership, sit down with this family and try to repair the harm.” 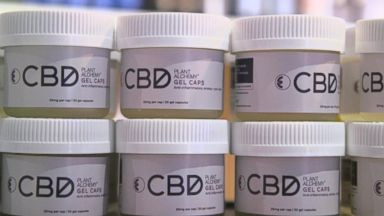 Fox 35 revealed that Crump and his team WILL be moving forward with a lawsuit on behalf of his client.  This was revealed last Wednesday at a virtual news conference.  The firm representing Burkhalter said that their client  “was wrongfully arrested and taken into custody at Walt Disney World in Orlando, Florida, for possessing federally legal CBD oil.”

At the time of the arrest last week, CBD oil was considered illegal under a state statute which has since been changed in Florida. As of going to print, Disney has yet to comment.