Woman with Cancer Pushes for Disney To Create Bald Princess

25-year-old photographer Natalie Thomas, a Myrtle Beach native, was diagnosed with a rare form of cancer in her kidney.

Thomas is married to her husband Timothy, has a 2-year-old son named Nate, and was pregnant with a baby girl when she found out the devastating news. She went to the hospital with what she thought were laboring pains, only to find out it was the cancer causing the pain.

“When I went in they told me I was not in labor,” Thomas said. “It turns out my daughter had been putting pressure on my left kidney where I had a cancerous tumor and she had caused it to hemorrhage and bleed out, and that’s the pain I was feeling.”

Her daughter Bennett was born healthy a few weeks later, around the same time Thomas was officially diagnosed with a very rare form of cancer in her kidney.

“It’s called primitive neuroectodermal tumors,” she said. “My oncologist has actually never even seen it himself in all his years of being a doctor.”

Now Thomas spends every other week at MUSC in Columbia for chemotherapy. 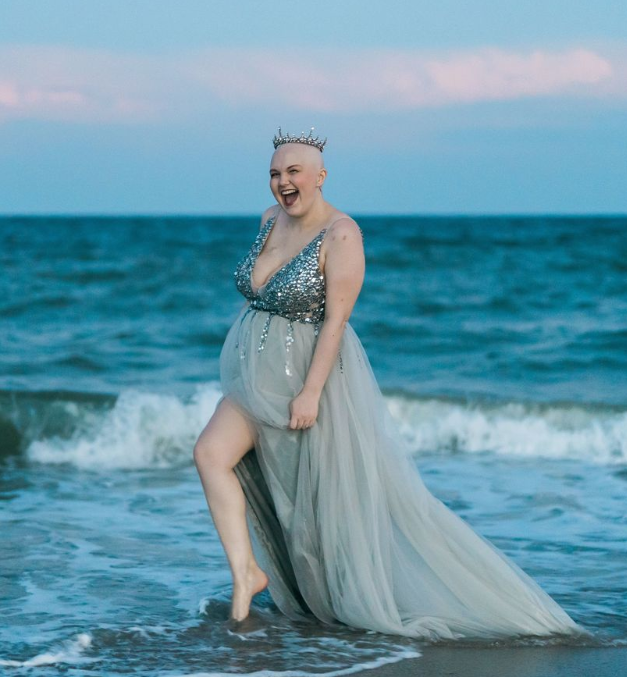 Not only did she have physical pain from the chemotherapy, she struggled with something many chemotherapy patients do…losing her hair.

“That was very difficult on me,” Thomas said. “I had very long hair, I had long hair my whole life.”

Natalie got an idea one day during her therapy. She wanted to help little kids going through the same thing she was by getting them all dolled up and taking pictures of them.

“I wanted it to be a super fancy dolled up thing, so it was kind of like a mock shoot of what I want to do for these little kids,” she said. “I felt awesome. I haven’t felt pretty in a while.”

Natalie posted to her social media accounts of her beautiful photos, which got hundreds of shares. “A whole bunch of people told me that I looked like a Disney princess, and I was like ‘that is a great idea,'” she said. 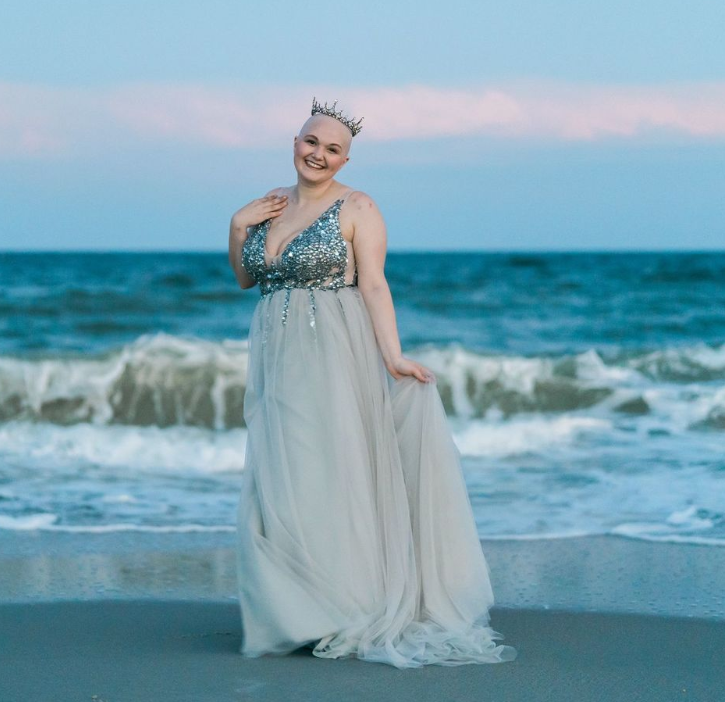 Now she’s using the photo-shoot to start a push for Disney to create a bald princess.

That’s where she got the idea of a bald Disney princess. “There’s a lot of little kids who don’t have somebody who look like us to look up to and I was like ‘that would be an awesome thing if Disney were to do that,'” she said.

“It would be really awesome to be able to get some kind of following for some type of princess, something of the sort that little girls can look up to,” Thomas said. “Even if it’s just a short story, something that would be, you know, adorable.”

She hopes that’s it, and that the struggle can be just a little bit easier for future kids going through what she is, having a princess they can look up to.

To learn more about Thomas’s mission, and how you can help her family during her fight with cancer, visit HelpNatalie.com.