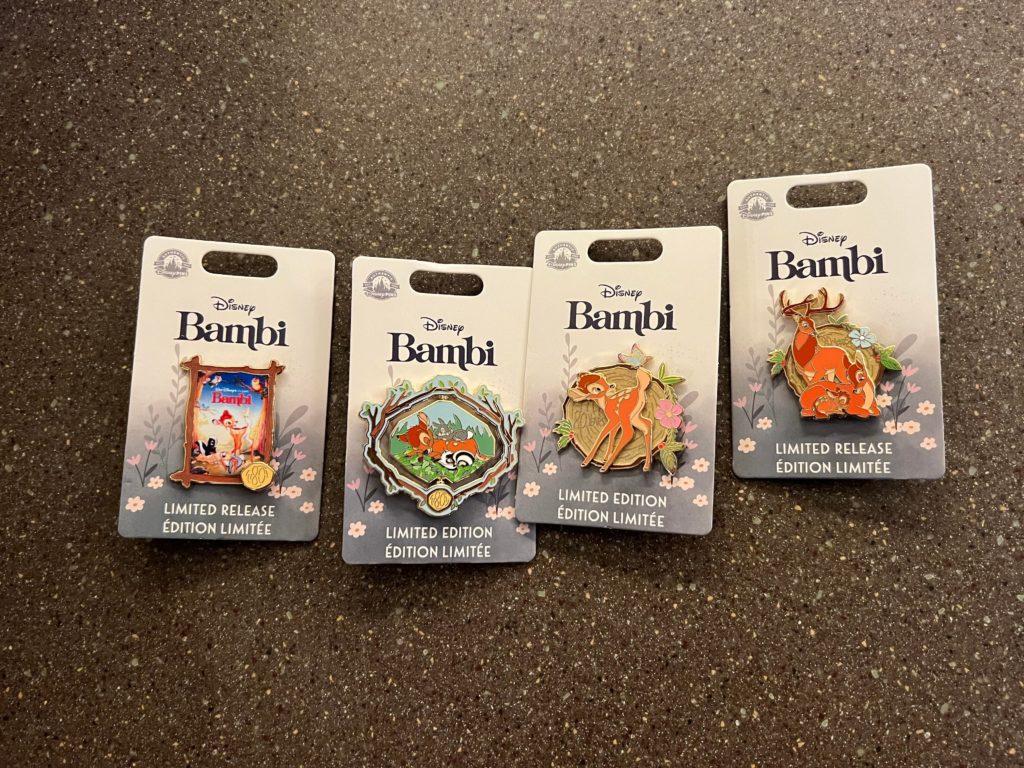 At just $17.99, each pin commemorates a different scene from the heartwarming story. One captures the film’s original poster with Bambi playfully exploring with his two best friends, Thumper and Flower. 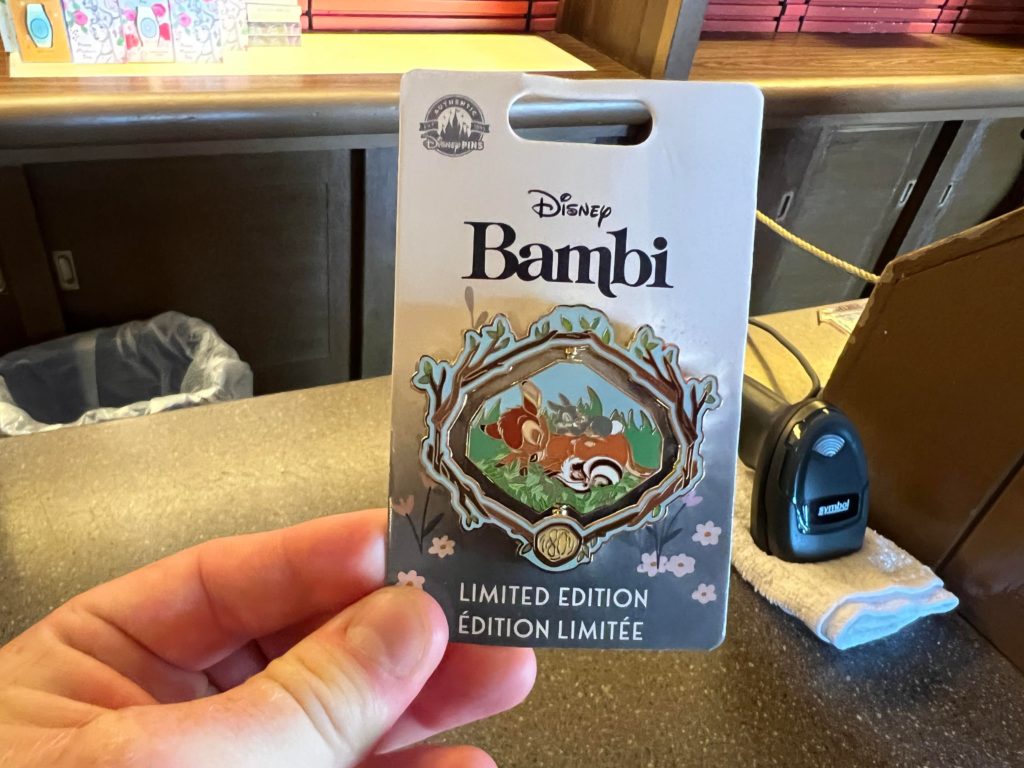 All four pins tie in the woodsy setting of the movie with borders of sticks and budding branches. The 80th golden logo features prominently nestled within the borders of two of the pins. 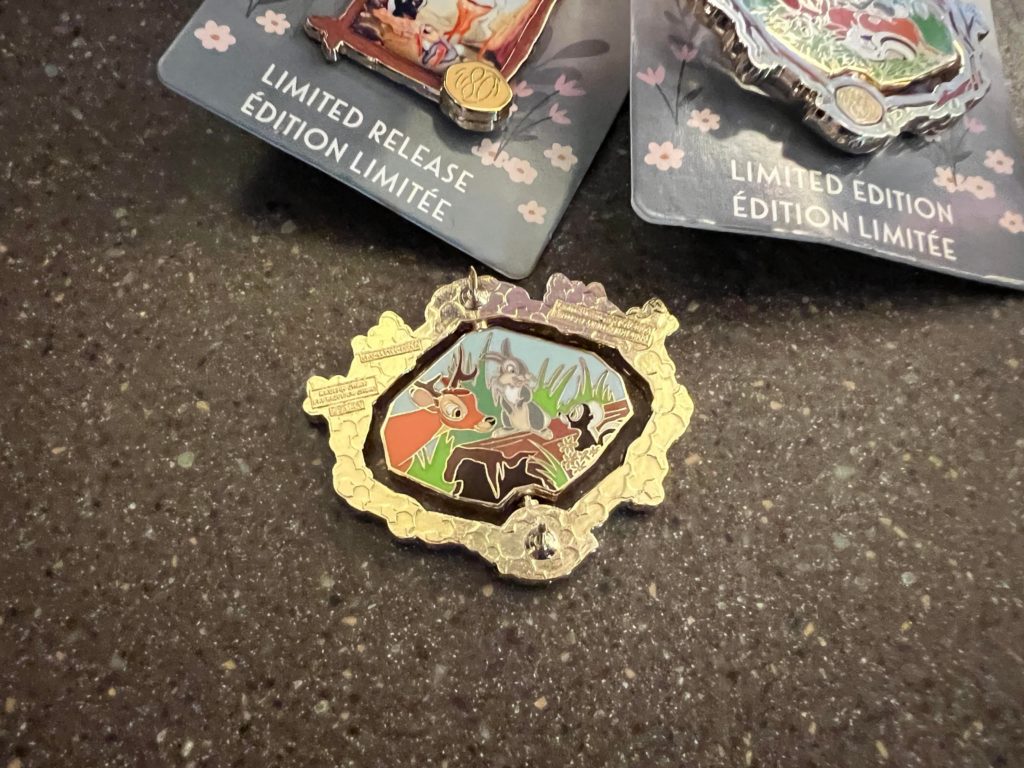 In a nod to more recent runDisney medals, one pin also rotates in the middle to reveal a new scene with a peaceful nap scene on one side and a more exploratory moment on the other featuring Bambi and his buddies. 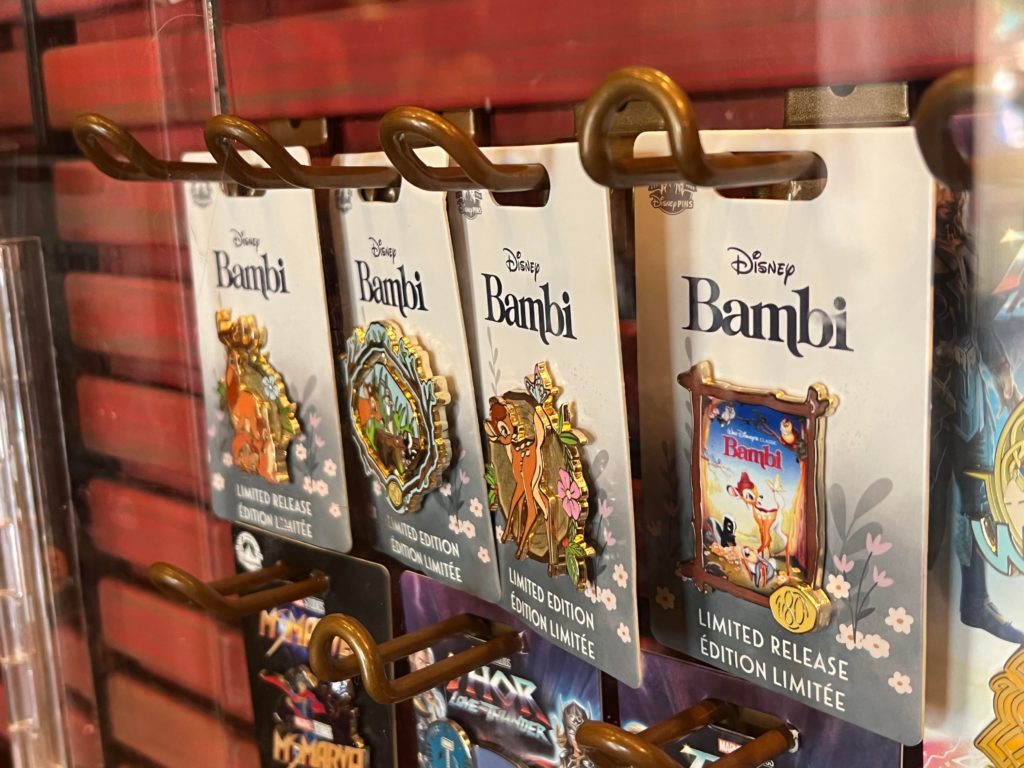 With an abundance of flora and fauna, the limited release pins follow Bambi as he grows from a baby deer into a fully grown buck. 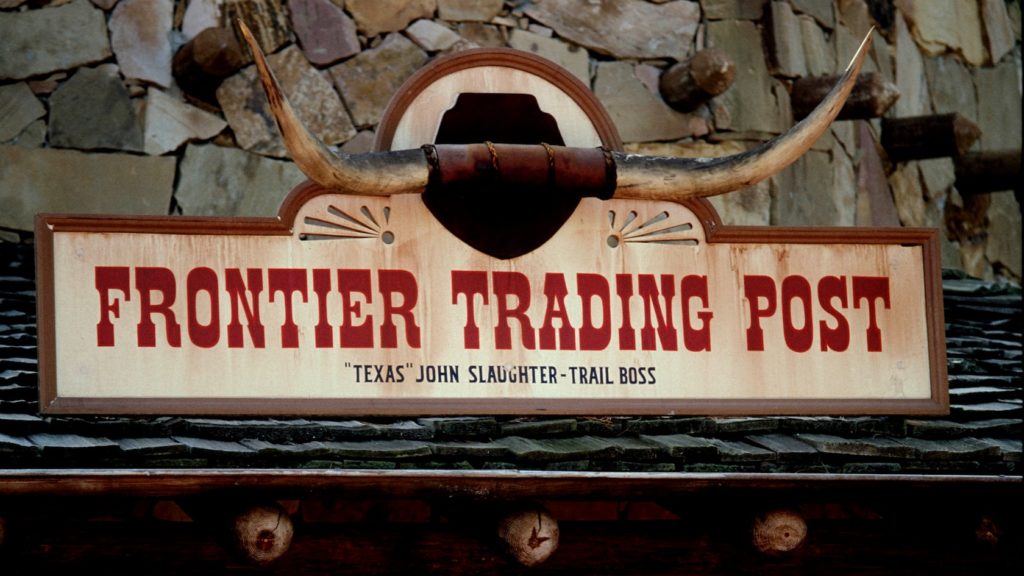 Aside from an abundance of clever pins, MickeyBloggers also spotted a number of other festive accesories at Frontier Trading Post recently. Most timely, the store debuted a spooky collection Halloween options ready for Friday night’s first Mickey’s Not-So-Scary Halloween Party. 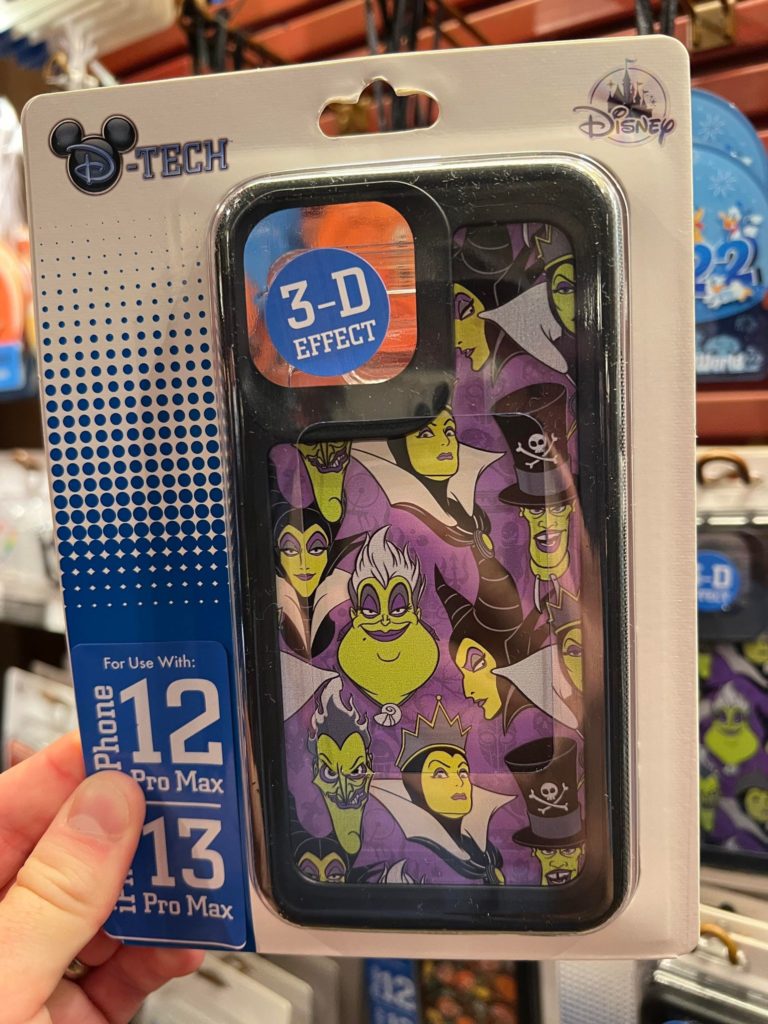 Stay tuned to MickeyBlog on Friday evening as Greg, Elyssa and Jared go live from the first Mickey’s Not-So-Scary Party in three years. It’s sure to be packed with a bit of wicked good fun!