We’ve been busy today Disney friends. Our MickeyBlogger was on the scene this afternoon at Disney’s Grand Floridian Resort and Spa where we were treated to an exclusive look at the gigantic beds being brought in for the exclusive use of the NBA players. 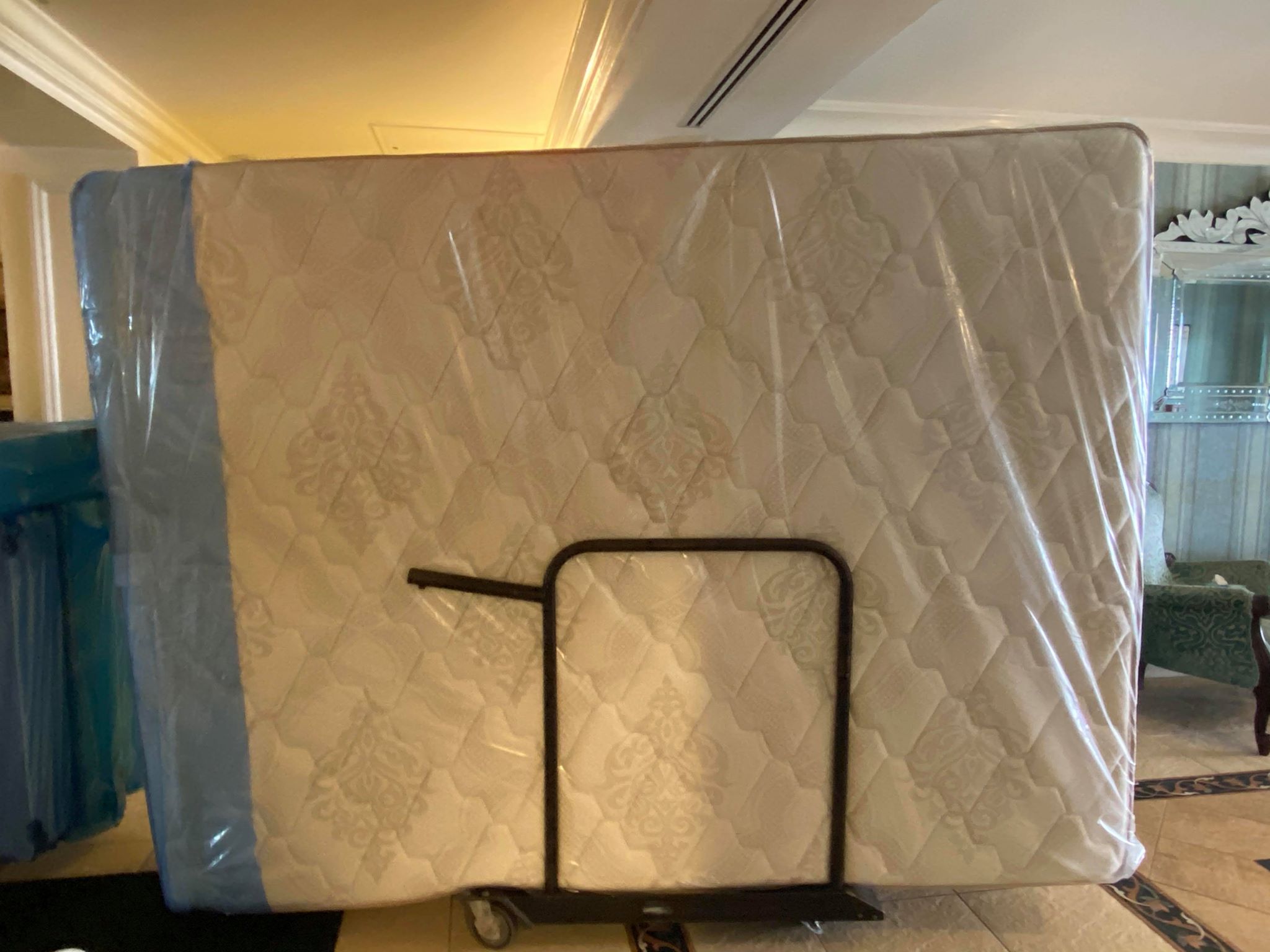 As we previously reported, the 2019-2020 NBA Season will resume at Walt Disney World letter this Summer. Disney and the NBA will be collaborating on creating a “Bubble” to keep NBA players relatively isolated and COVID-19 free. Players will be housed across a handful of Walt Disney World properties.

The Grand Floridian (where we were this afternoon) will house the largest number of players.  The following teams are staying:

When we were at the Grand Floridian this afternoon it was a bustle of activity as special beds and microwaves were being brought in for the players. 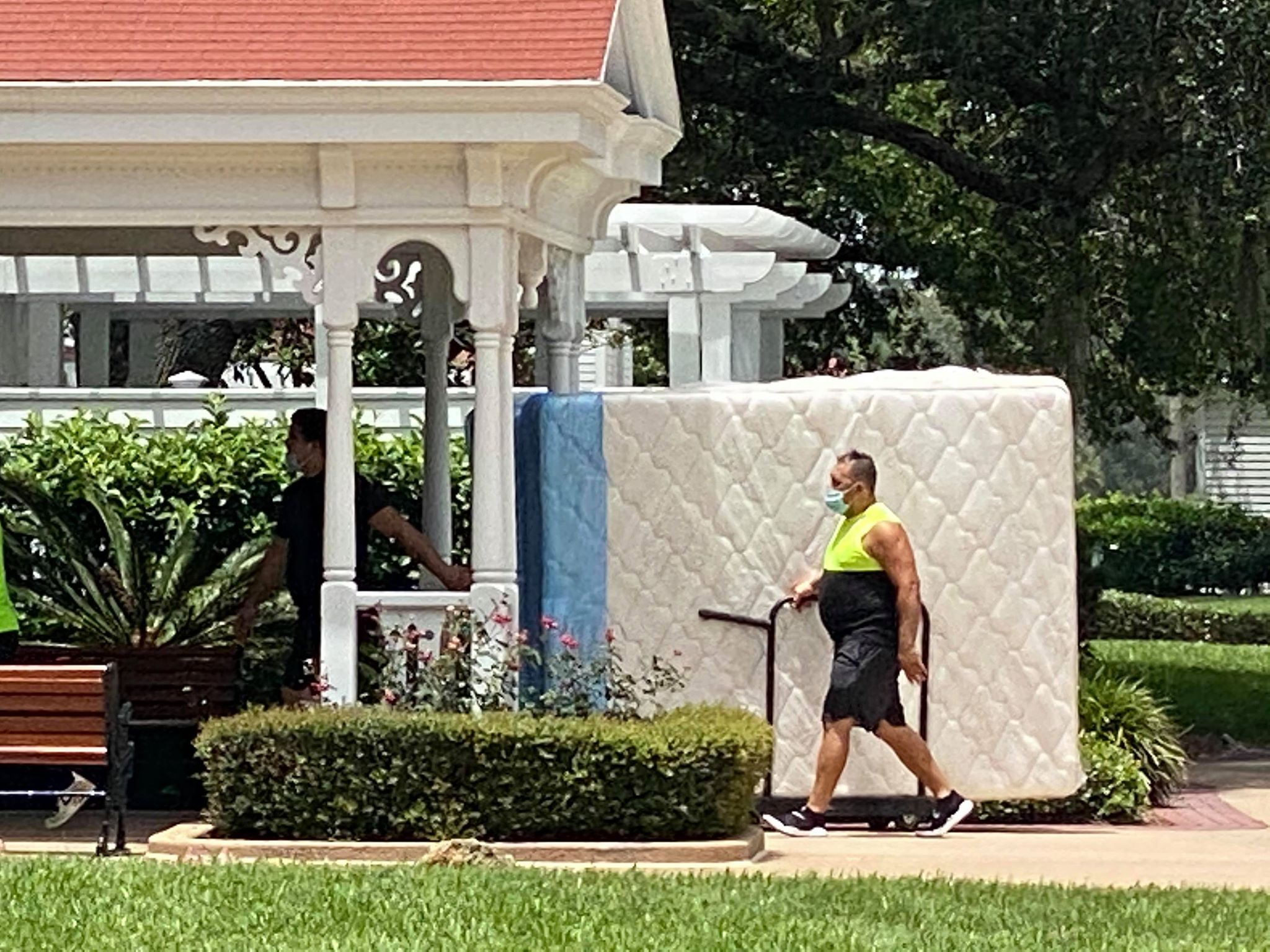 According to our sources, the mattresses are bigger than King and California King and measure 96 inches. They needed to be ordered specially for the players 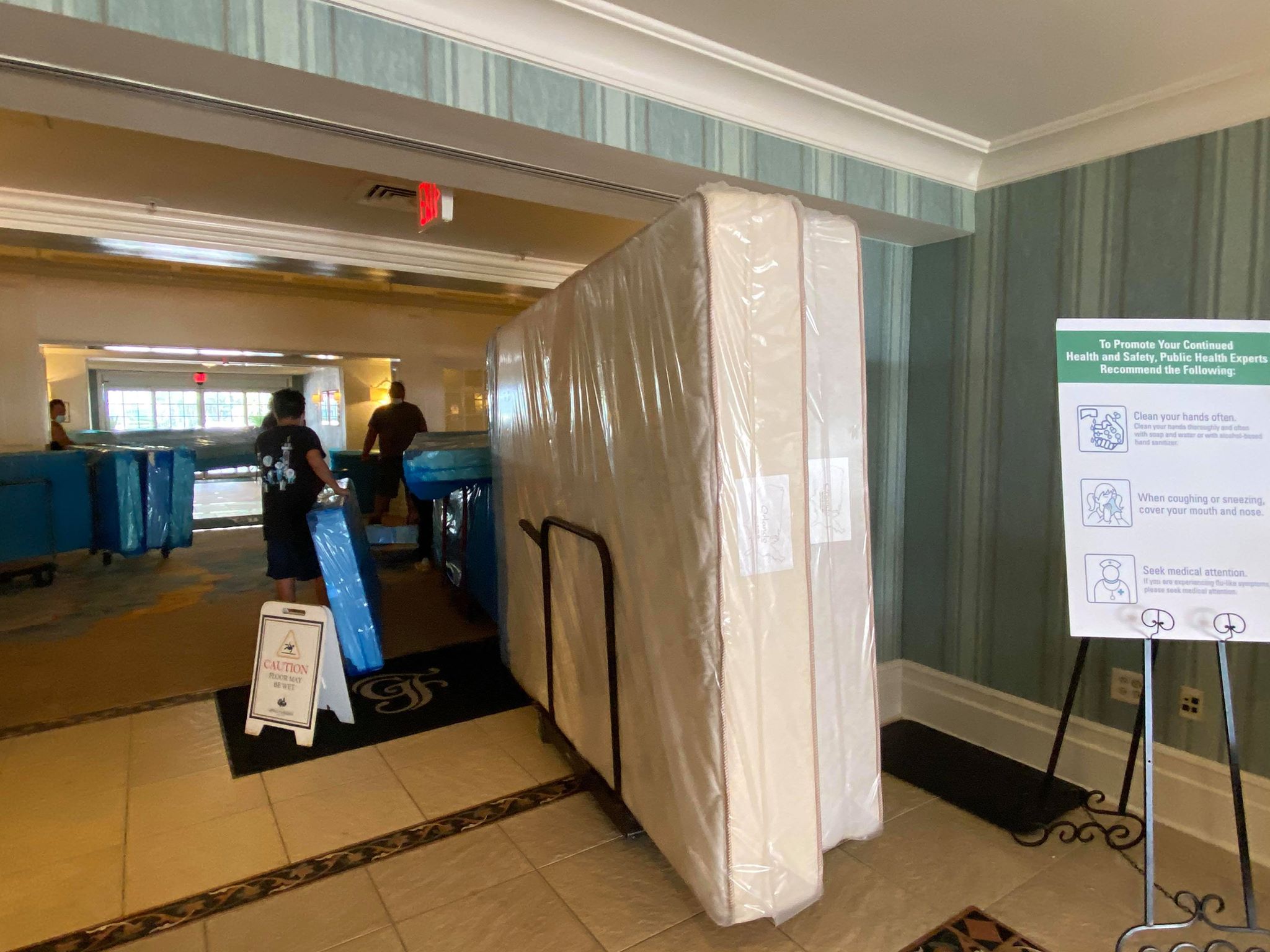 The bed frames for these large mattresses had to be custom made. 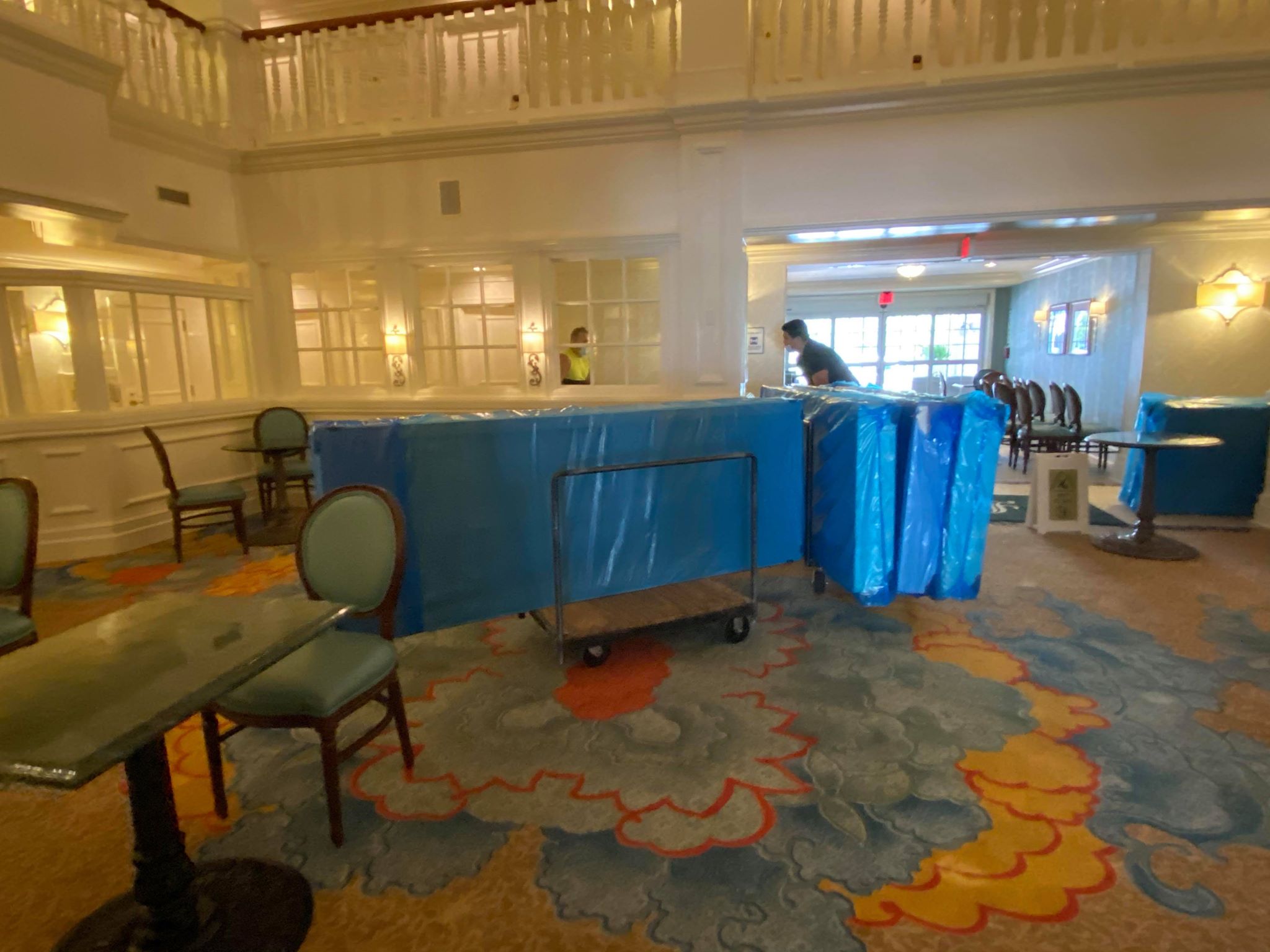 At Gran Destino as well as at Disney’s Yacht and Beach Club each of the bed are platforms. According to our source, they needed to be built and constructed individually for each room. 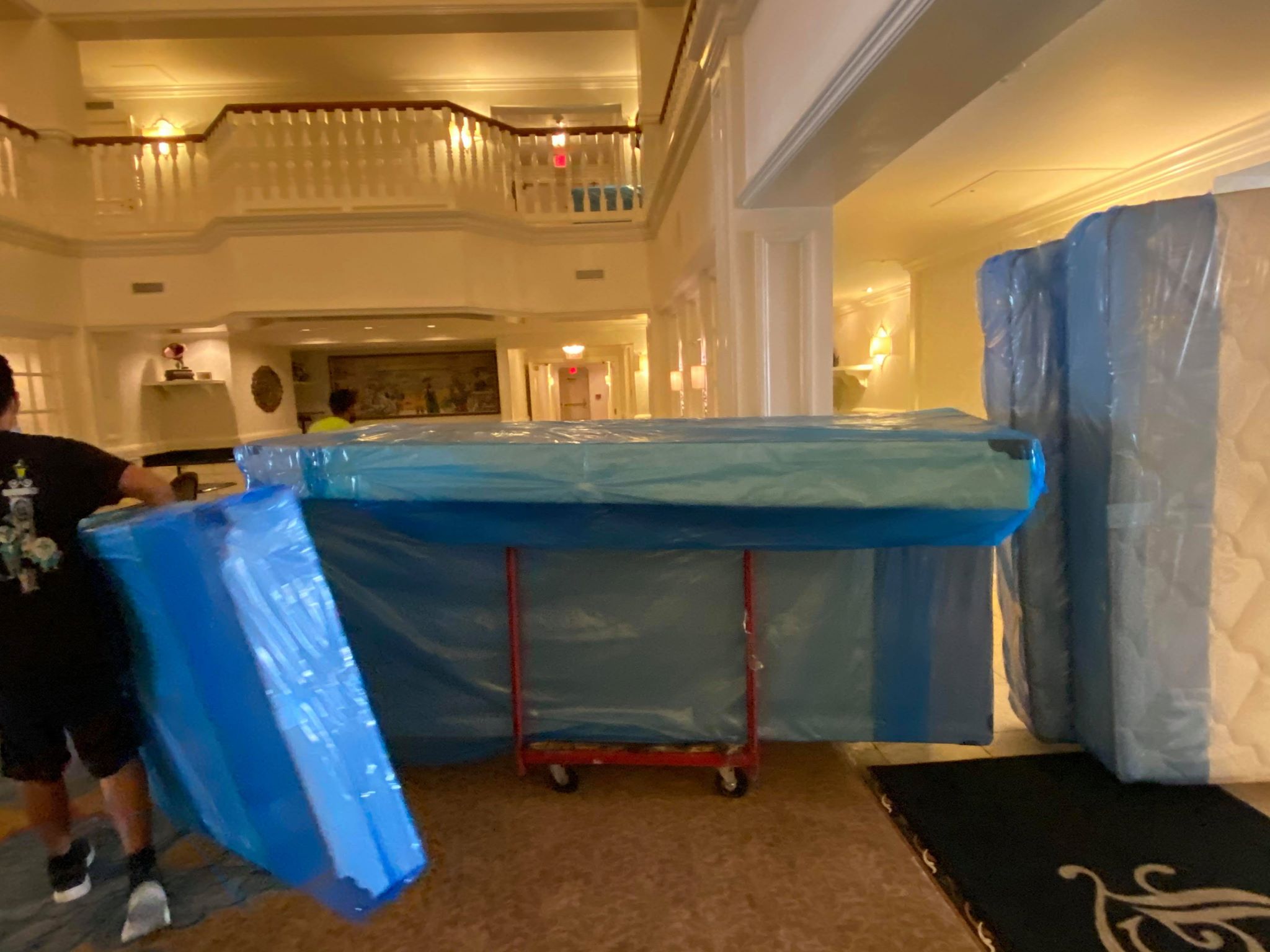 There are 96 rooms at Gran Destino Tower at Disney’s Coronado Springs Resort, 96 rooms at the Yacht Club and 163 rooms at the Grand Floridian that are being adjusted for the players. 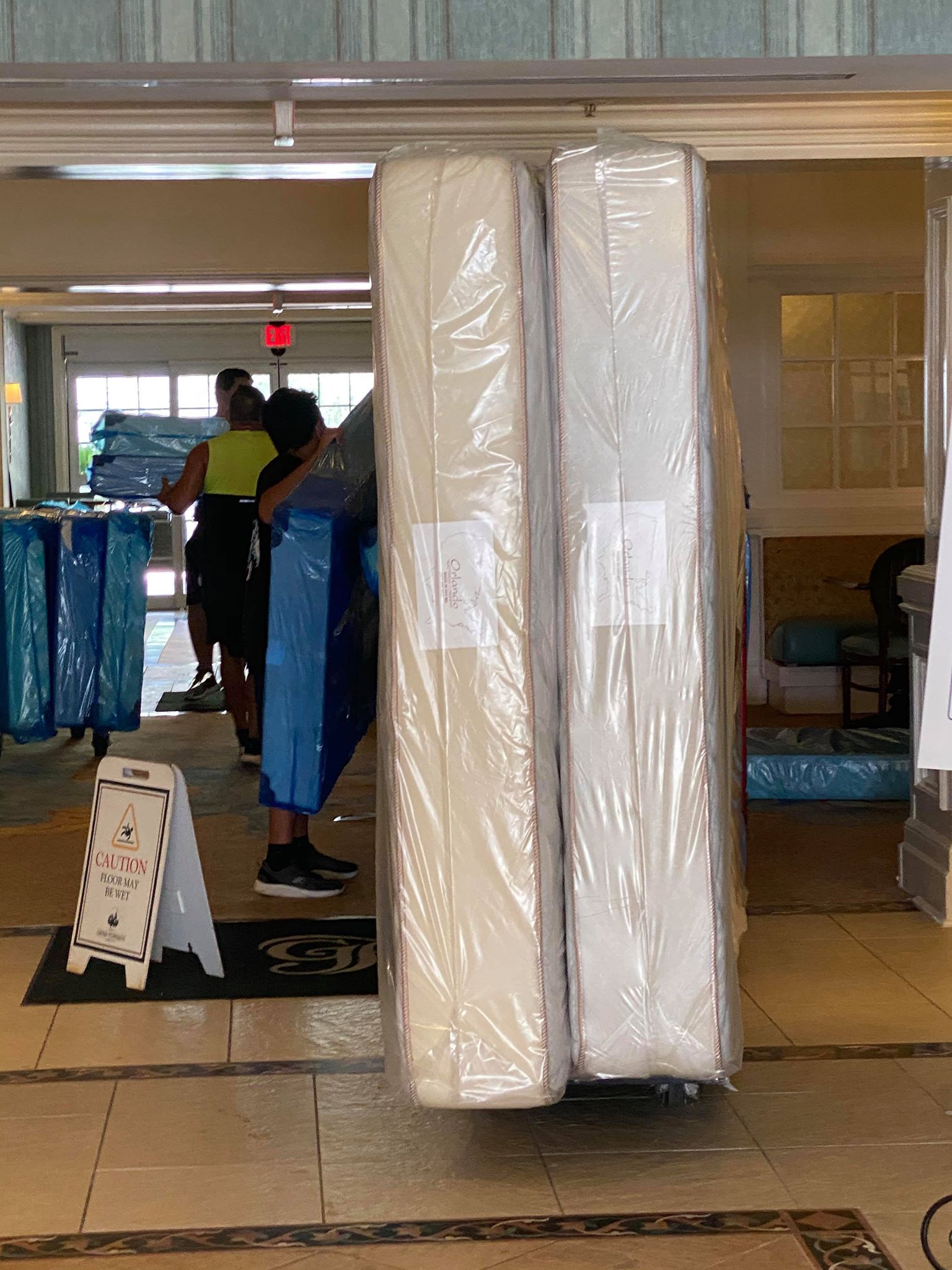 All of the rooms are being retrofitted and when the NBA season is over at Walt Disney World Resort the customized furnishings will be liquidated. 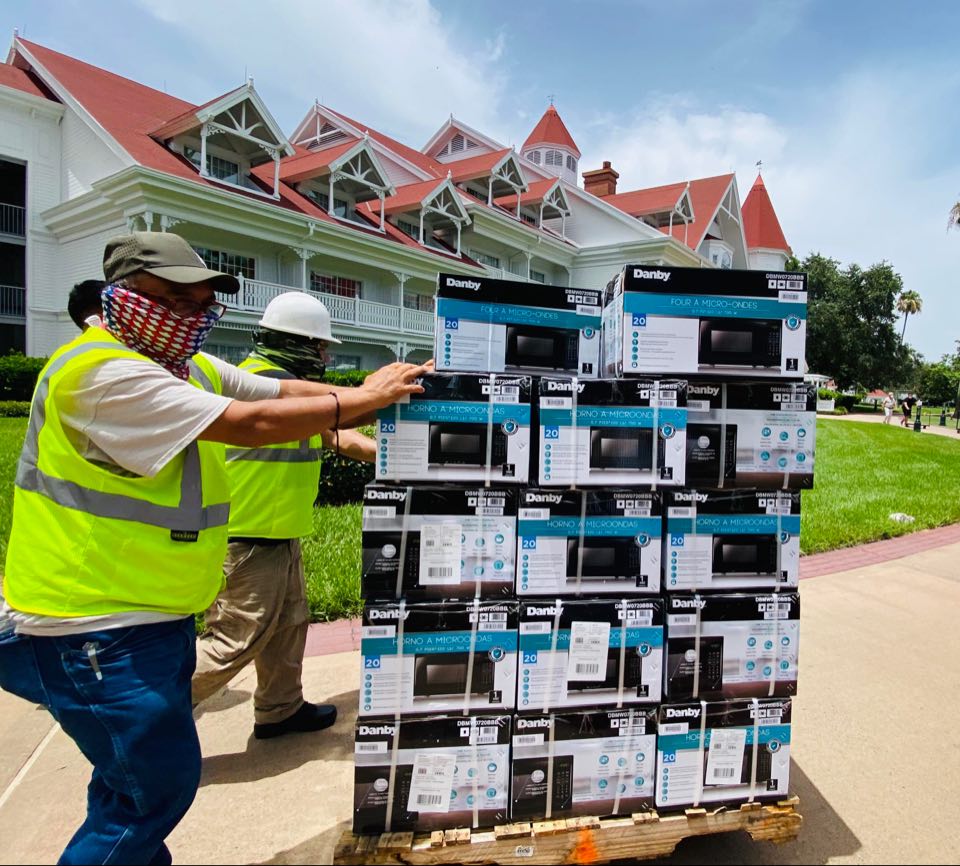 This image also shows microwaves being brought into the resort. They will be added to each of the player’s rooms listed above. Microwave ovens do not typically come in guest rooms at Disney’s Grand Floridian Resort & Spa but can be found in the villa property on the premises. 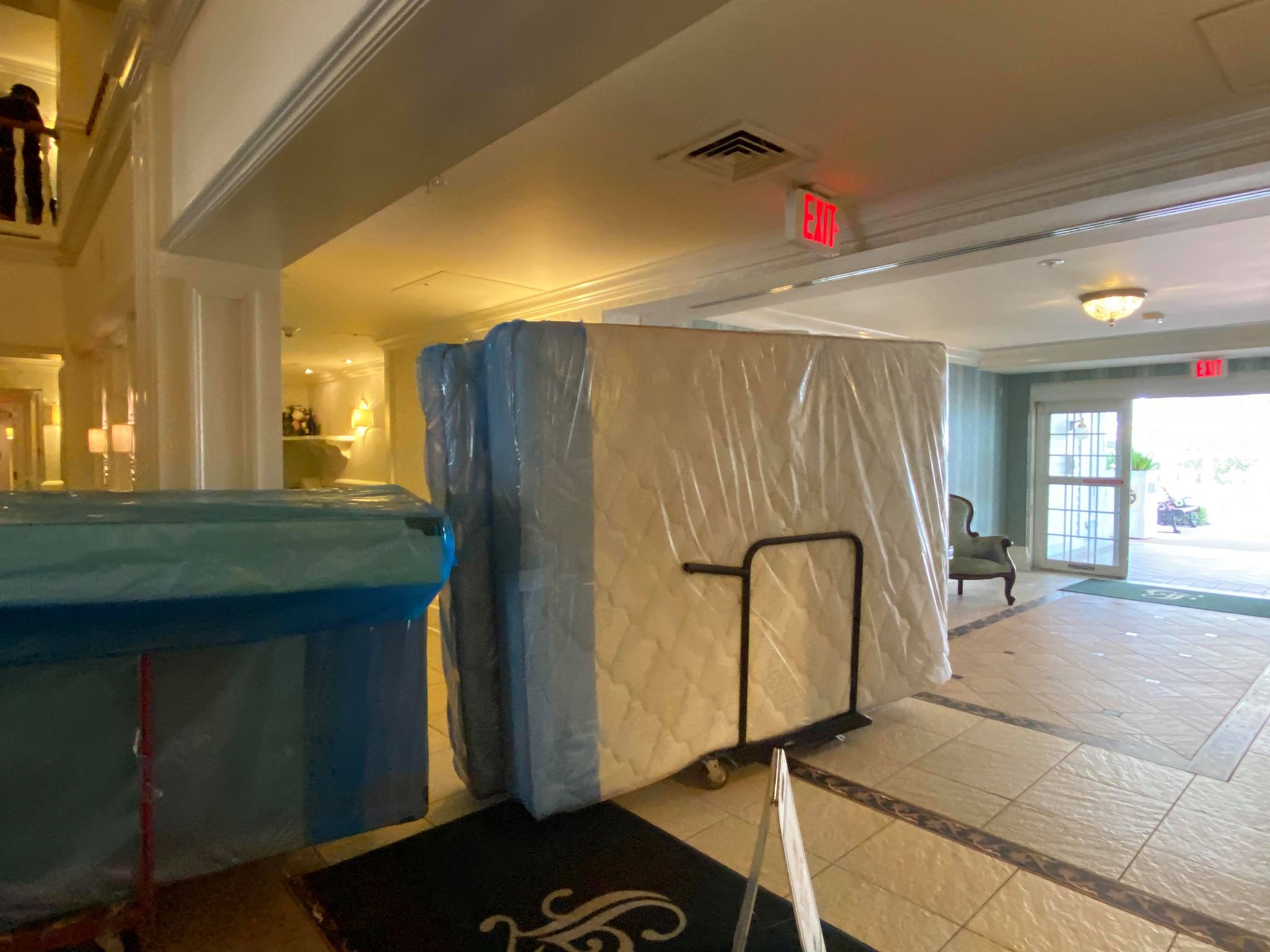 With the increase in COVID-19 cases happening around Florida, there had been some speculation that Disney World and the NBA may be having second thoughts about having the season at the resort. However, Disney released an official statement yesterday saying “The National Basketball Association officially announced today it will finish its 2019-20 season at Walt Disney World Resort.” 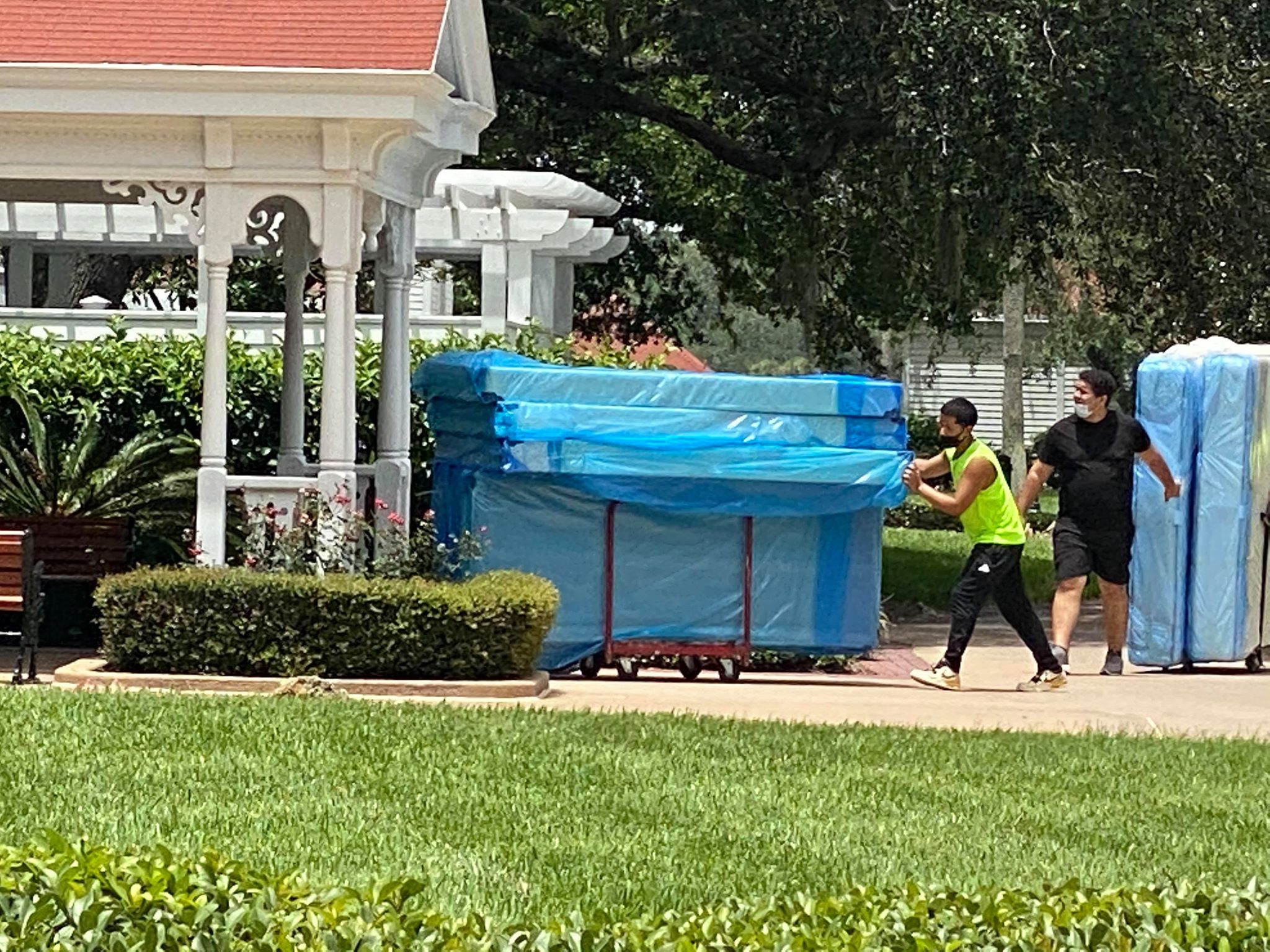 The season, which was interrupted by the pandemic, will resume in July with team practices and games played at ESPN Wide World of Sports Complex in the Arena, HP Field House and Visa Athletic Center. 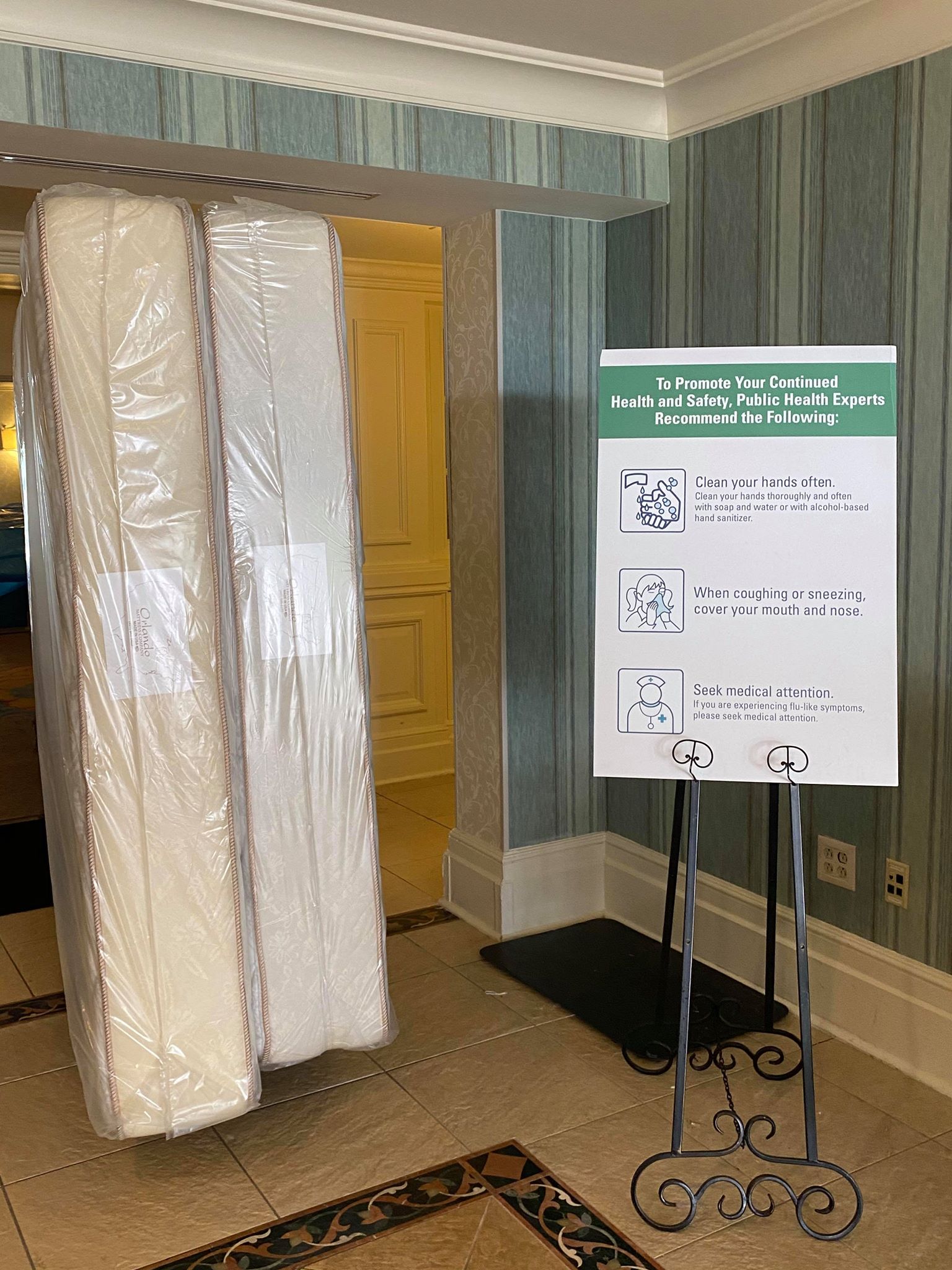 Gameplay will resume on July 30 with 22 teams (the eight teams in each conference with the highest current winning percentages and the six teams currently within six games of the eighth seed in either conference) competing to determine seeding for the NBA Playoffs. The playoffs will feature 16 teams and the NBA Finals will end no later than October 13 at ESPN Wide World of Sports Complex.

This is a story that we’ll continue to follow closely here at MickeyBlog. Keep checking in with us for further news and updates!