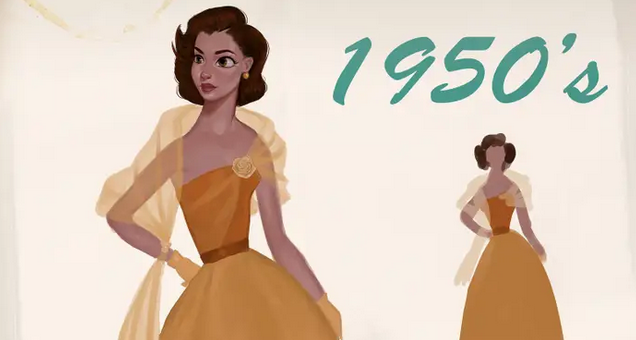 I am a nostalgia buff, so when I saw this I swooned. A 20-year-old Israeli artist named Amit Naftali produced a special series of Disney Princess illustrations.

Ever wonder what a Disney princess would wear during — say — the Roaring Twenties? The 1960’s? 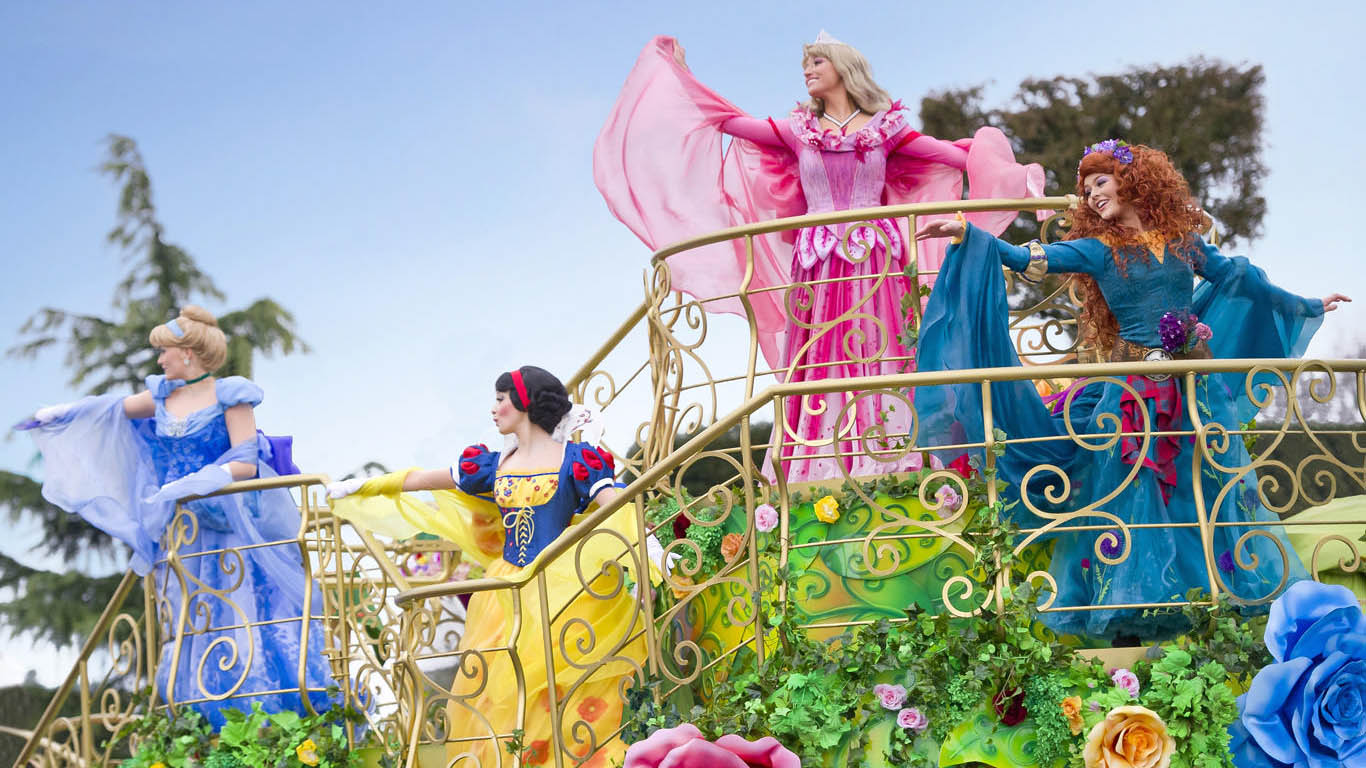 Well, now’s your chance to investigate and imagine.

In a fabulous article for Insider, Amanda Krause posted:

The outfits worn by Disney princesses are often as iconic as the characters themselves. So what would happen if each of their stories took place in a different decade, leading the princesses to wear something entirely different?

Artist Amit Naftali has wondered that himself — and he’s even illustrated examples. The Israel-based freelance illustrator has been drawing Disney characters since his childhood and has now expanded his craft to draw musicians as well.

Insider recently spoke with the artist about his work, and what inspired him to draw Disney princesses in outfits that reflect the fashion of different decades.

Check out three of the Princess concepts: 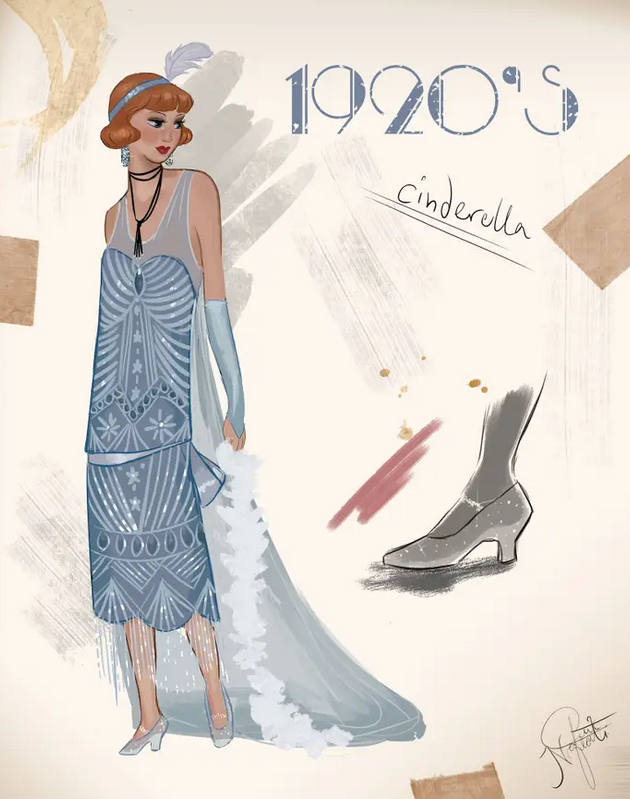 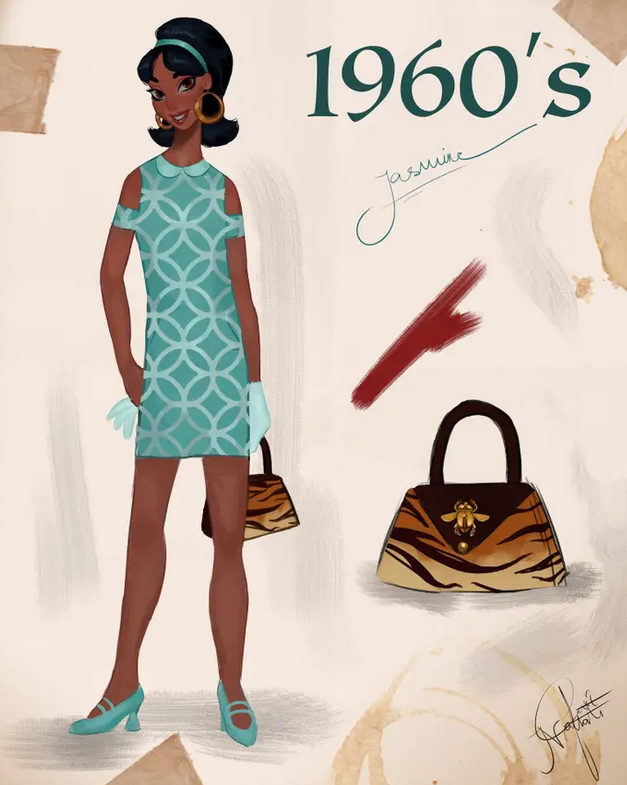 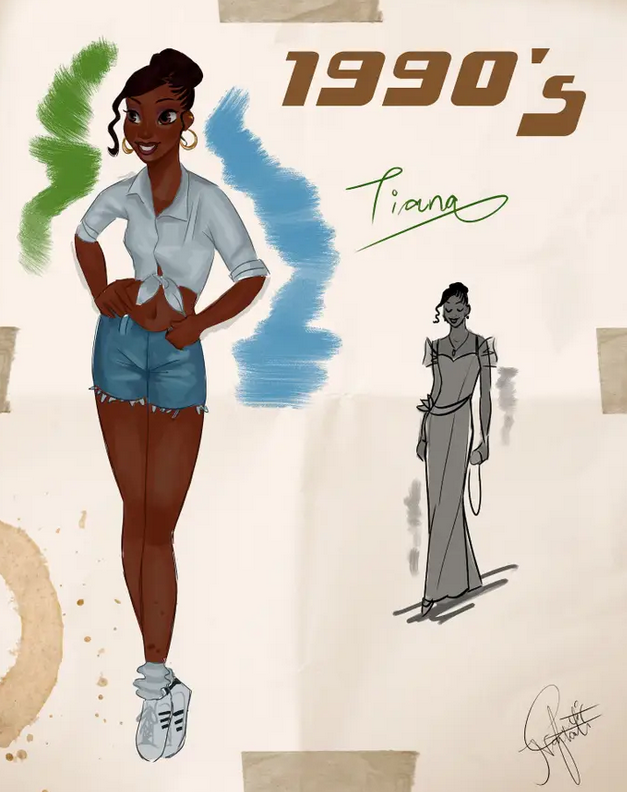 “I decided to write down the chronological order of the princess movies — Snow White first since it came out in 1938, then Cinderella in 1950, Aurora in 1959, Ariel in 1989, and so on —and then I played with the idea of matching them to the last century’s decades, starting with the 1910s,” the artist said.

“I made sure to keep the general color scheme of the characters to give them a recognizable factor, and from there I was just having fun with different designs.

“If I had more than one design that I liked — an accessory or another angle to the outfit — I wanted to include it in the piece too as a sketch in the background.”