I know, its may only be breakfast time, but today is Hamburger Day and we simply couldn’t wait to celebrate by sharing some of the incredible burgers you’ll find at Disney parks around the globe.

Some of these meaty treats can be enjoyed when the parks re-open, others have been retired and live on in our memories but one thing is for certain, they bring deliciousness to the next level! 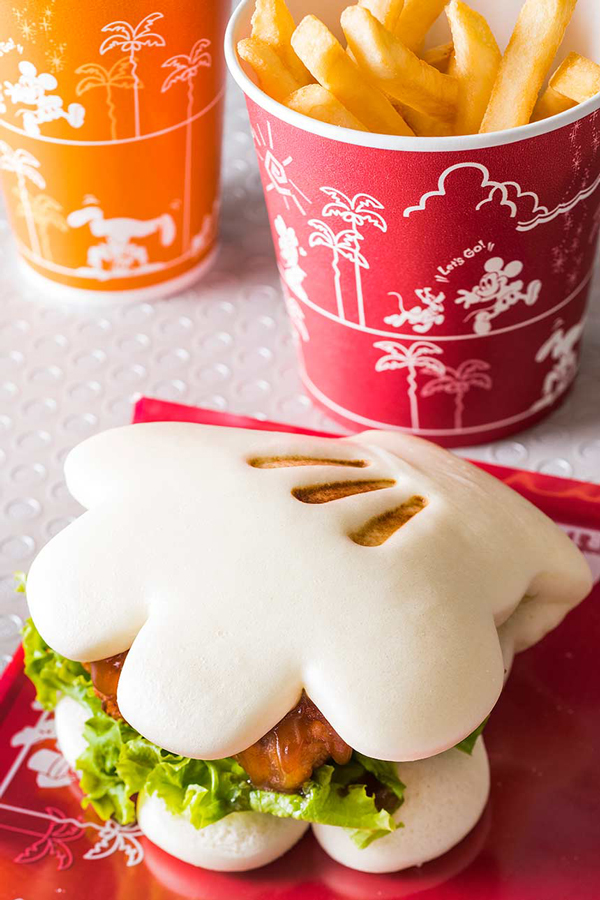 This Mickey Mouse Glove Burger at Tokyo Disneyland is positively next level and its served teriyaki style! 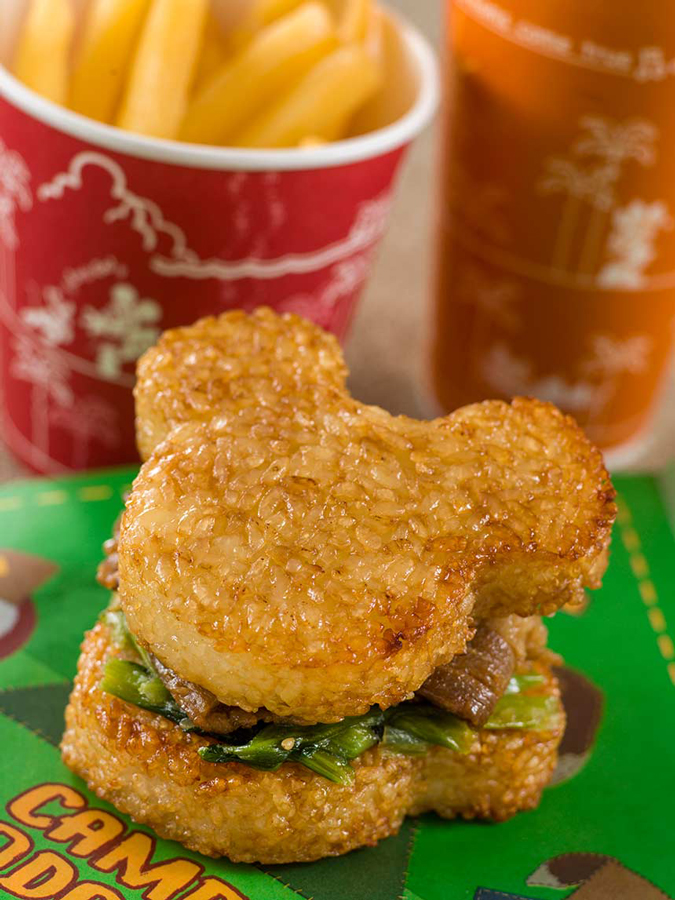 This Mickey Mouse Rice Ball Sandwich is proof that you don’t need to have a traditional bun to have an awesome burger. 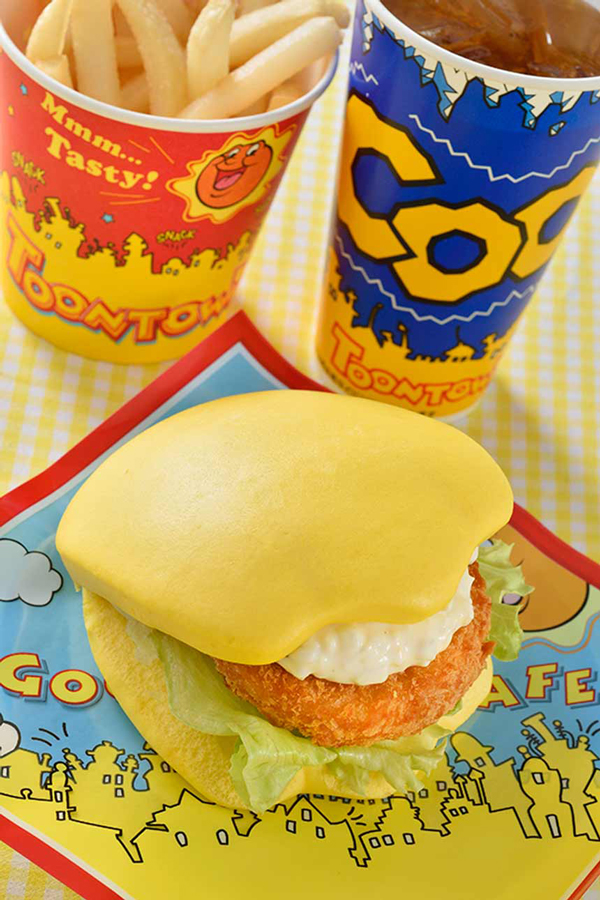 .dAlso, Donald’s burger is a fan-favorite with a special yellow bun!  How cute is that!  You’ll also find it at Tokyo Disney and its served up with a shrimp cutlet. 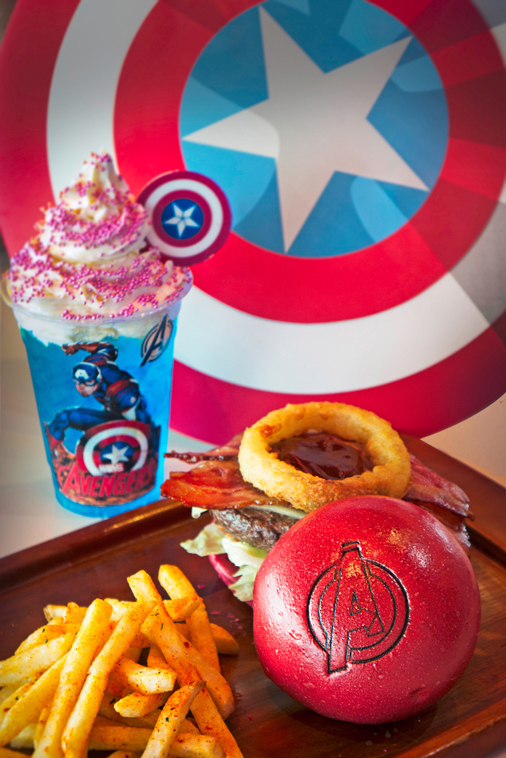 Avengers have assembled over at Shanghai Disney where there’s the popular Avengers Wagyu Beef burger complete with a bright red bun. 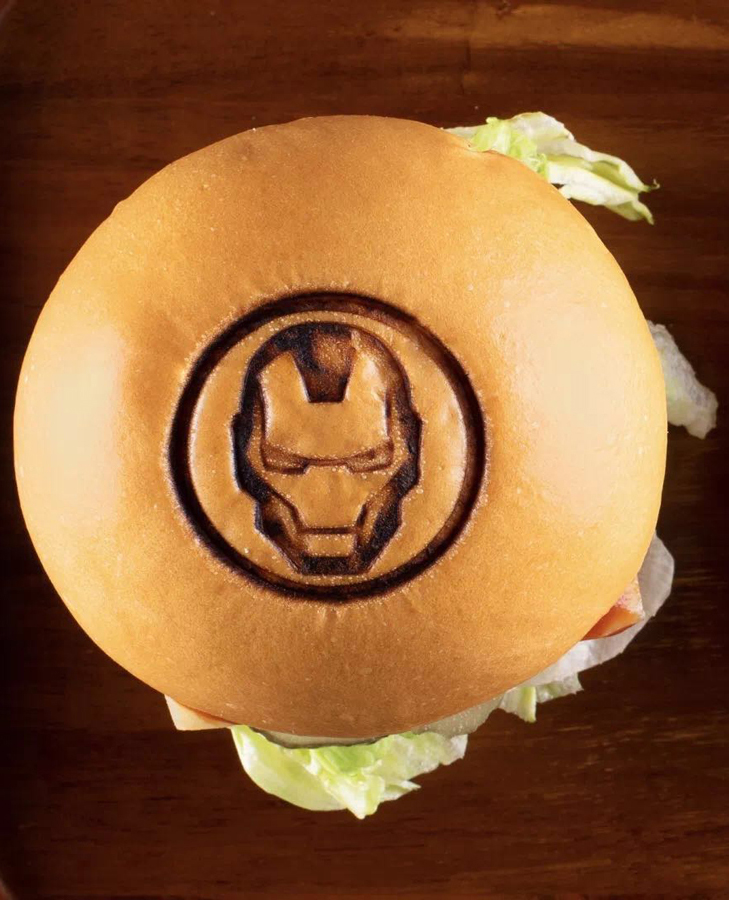 Fans of Iron Man should also be on the lookout for this burger at Shanghai Disney. It’s a classic American cheeseburger with sour cucumber and bbq sauce and a stamp of Iron Man’s face on the bun! 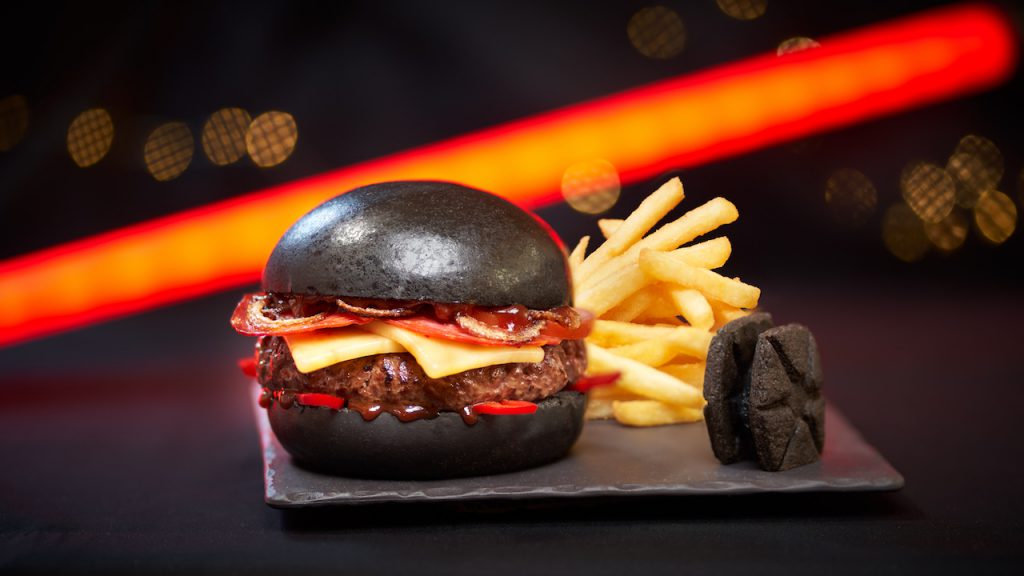 Next it’s over to Disneyland Paris where visitors felt The Force with this Dark Side Burger which was offered during Star Wars “Legends of the Force- A Star Wars Celebration.”

Next, we move stateside for a look at the Mesa Burger served up at PCH Grill at Paradise Pier Hotel. It comes with pepper jack cheese, roasted Anaheim chillies, a big onion ring and a slather of barbecue sauce on a pretzel roll. Spicy, salty, sweet – every bite is a new taste. 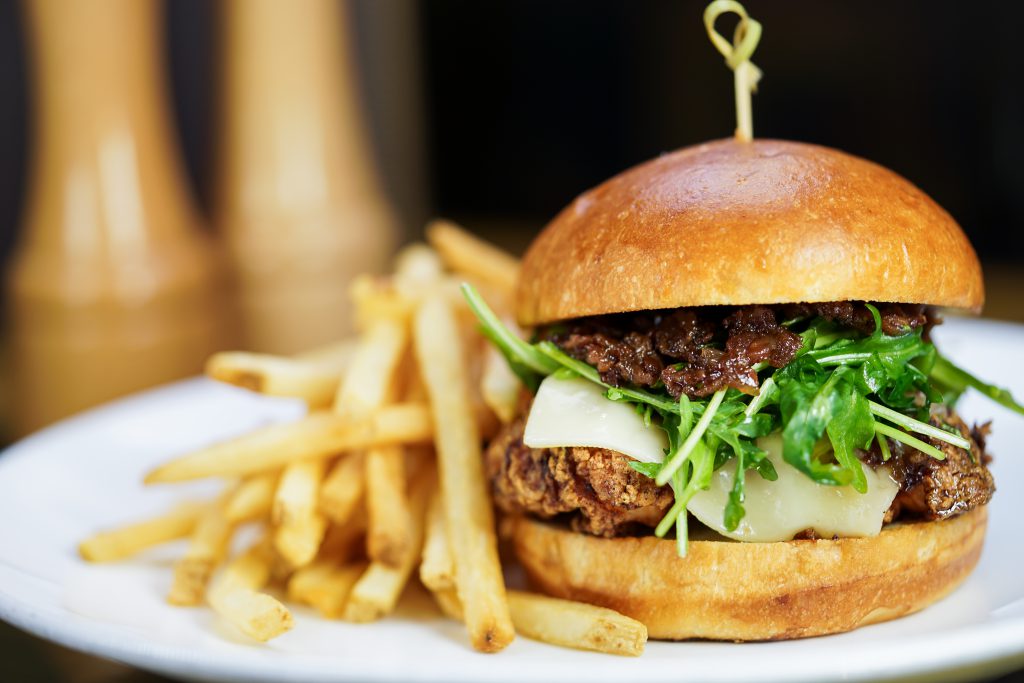 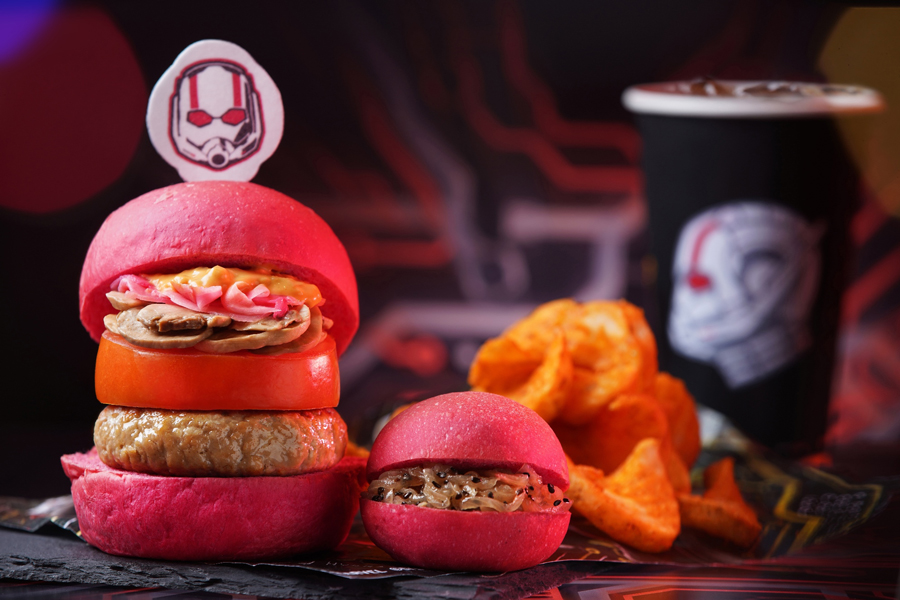 Next, it’s over to Hong Kong Disneyland where their Beetroot and Cheese Burger is inspired by the popular Marvel attraction “Ant-Man and The Wasp: Nano Battle.” 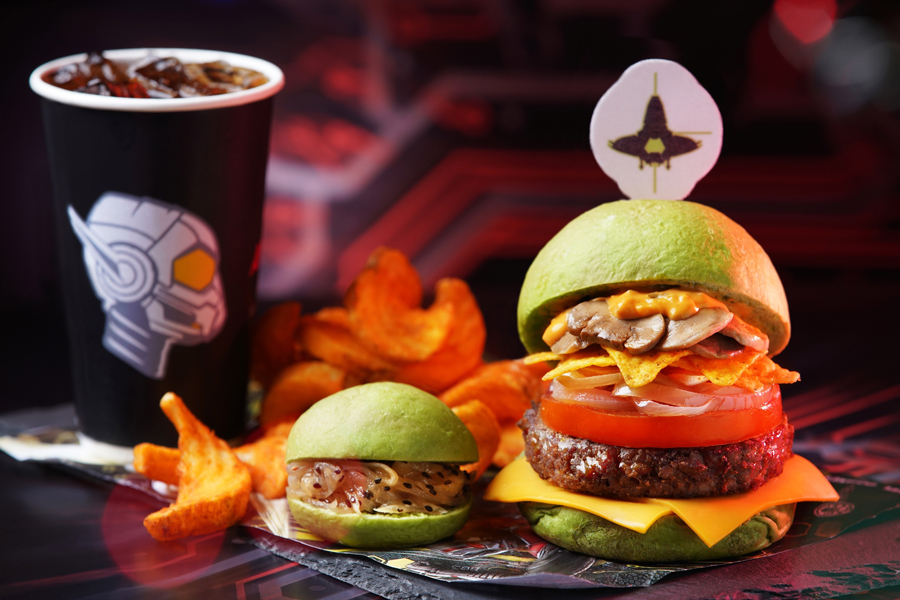 Inspired by the same attraction is also this Green Tea Cheese Burger with a green bun and a superhero-themed Spicy Chicken Burger.

We end our culinary tour over at Walt Disney World where we’re starting with the unique Cajun King Burger with Andouille sausage and Creole mustard aioli. You’ll find it at Port Orleans Resort! 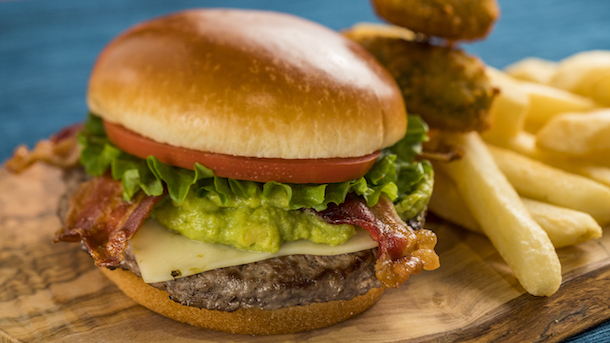 And here’s one of my personal favorites, the Southwest Burger from ABC Commissary at Disney’s Hollywood Studios. It’s piled high with Pepper Jack cheese, bacon, guacamole and jalapeno poppers. 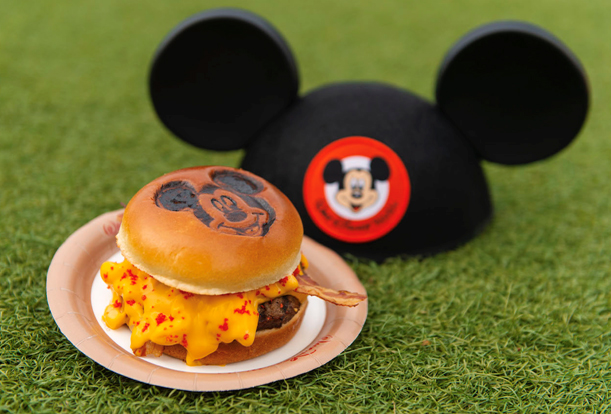 For a burger “with character” you’ll want to head over to Cosmic Ray’s Starlight Cafe in the Magic Kingdom for a Mickey Burger. It comes with macaroni and cheese, American cheese, cheese sauce and flaming hot cheese dust. Its served on a Mickey Mouse bun. 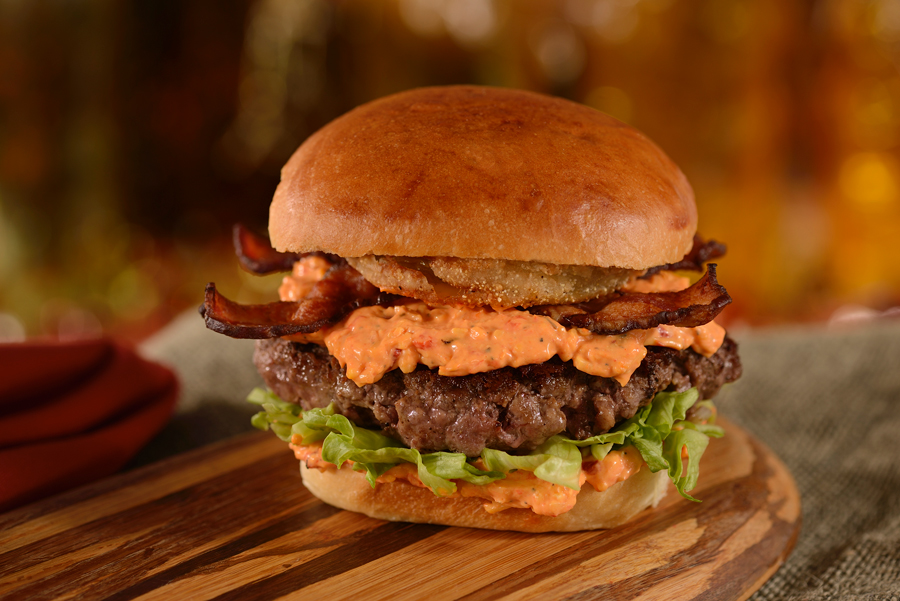 NOW OPEN! D-Luxe Burger is back at Disney Springs. We recommend you start with the Southern Burger. It is a culinary masterpiece with fried green tomatoes, pimento cheese, lettuce, grilled onion and bacon. 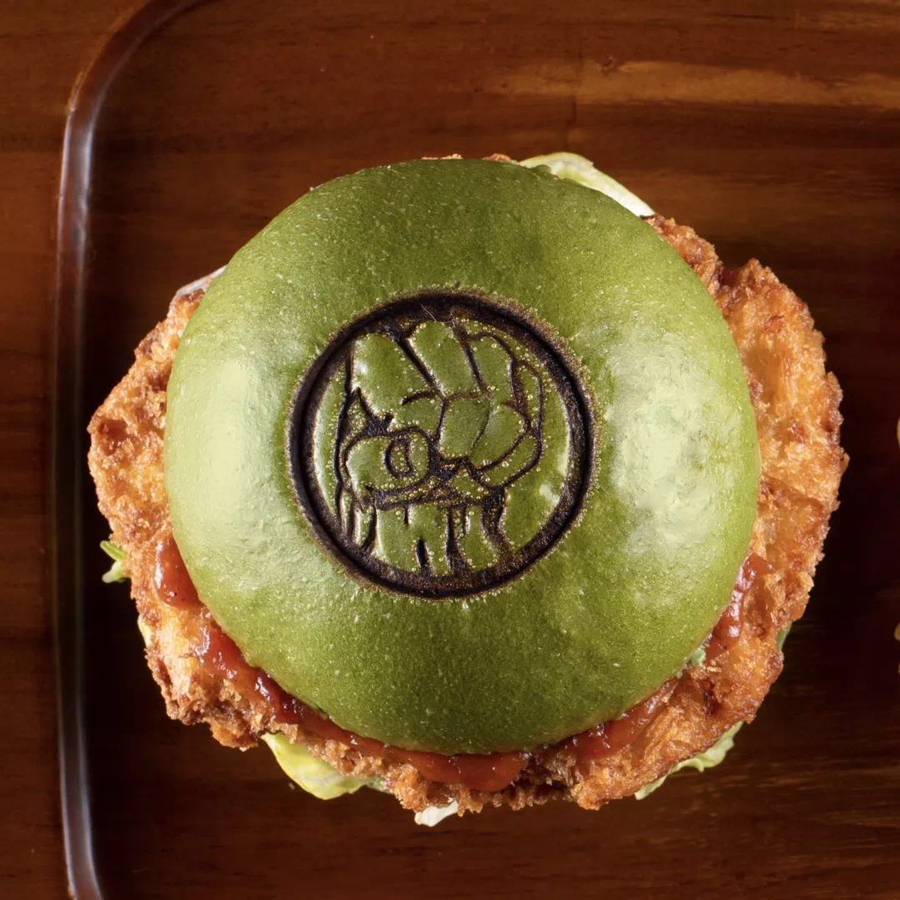 Here are a few options for those that prefer a plant-based diet.  First up is the Gamma Ray Plant Burger which features a large veggie “pork chop,” sweet and sour tomato sauce and fresh lettuce in a green matcha-flavor bun.  You’ll find it at Shanghai Disney. 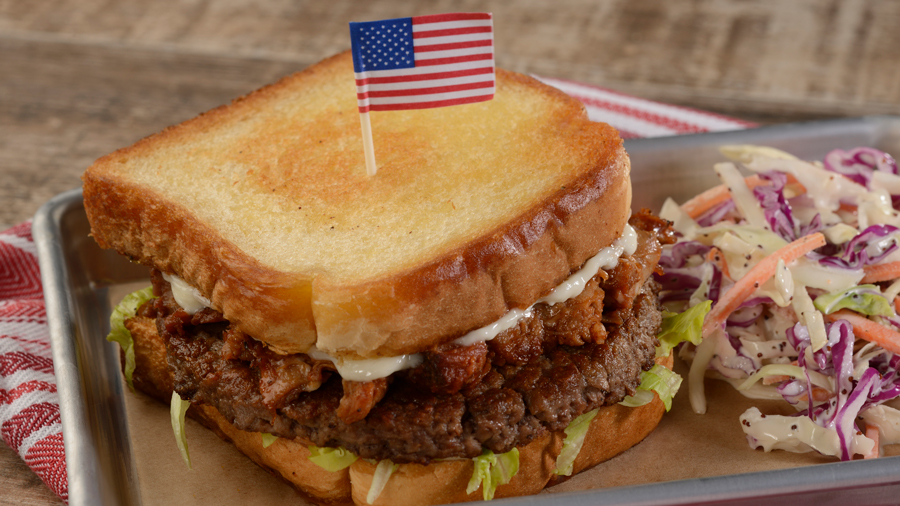 Once EPCOT reopens on July 15th, you’ll want to head over to Regal Eagle at the American Pavilion and try out the BBQ Jackfruit Burger. This plant-based sandwich is on garlic toast topped with BBQ jackfruit.