In a move that will not doubt make graphic designers around the world clap their hands in delight, Disney has officially abandoned the original ill-received Papyrus font ‘Avatar’ logo just before the film makes its debut on the Disney+ streaming network in the UK.

So why such disdain for 6 simple letters? In design circles, the Papyrus font used to make the Avatar logo (pictured above) is loathed as much as Comic Sans. This is primarily due to overexposure. Found on practically every computer on the planet, Papyrus is used on everything from Lost Dog signs to restaurant billboards.

This makes it particularly annoying that it’s used in the logo for one of the most expensive movies made. It’s this very controversy that was the topic of a now-legendary SNL sketch starring Ryan Gosling:

But Ryan Gossling’s character in the skit above will be relieved to know that according to a recent piece in The Independent, Disney has FINALLY changed the 2009 film’s text font for Disney+ users. Let’s take a look at the new version: 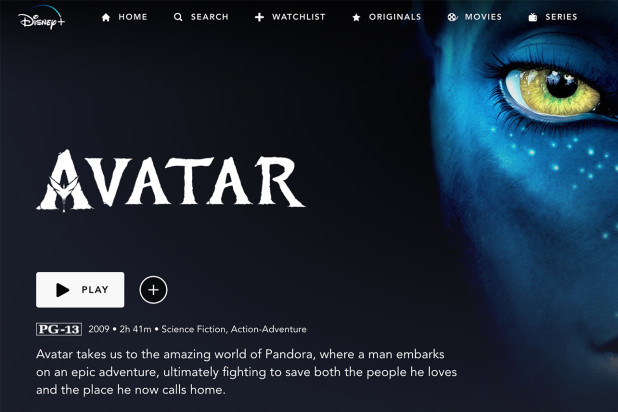 As you can see the logo has been changed from the original Papyrus to a version that now features the wings of a banshee inside the A. The same logo can now also be seen when pulling up Avatar on Disney+ here in the states.

The logo was about due for a makeover given Disney+’s expansion abroad and the fact that more films are currently in the works for the Avatar franchise.

And though the old logo is gone, it still remains in the SNL sketch which to date has garnered over 11 million views and has brought many a designer to tears (of laughter.)