Gosh and we thought dinner at Victoria & Albert’s was expensive. Though his presence has been outshined over the years by Kevin Feige, Ike Perlmutter is still chairman at Marvel and is using some of his lucrative earnings from the brand to attend some pretty pricey dining engagements!

According to reports on both Bleeding Cool and Politico, Perlmutter recently attended a dinner where Trump was the guest of honor for a cool $500,000 dollars! 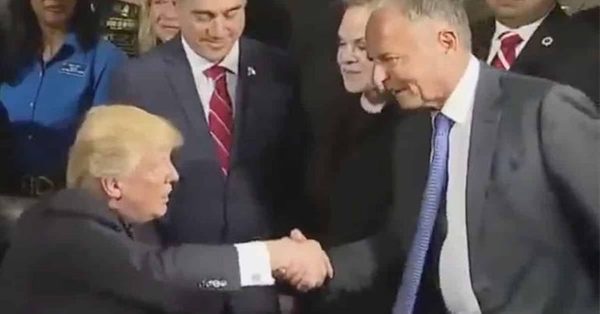 The event was a Republican fundraiser for the November 2020 Presidential Election and according to reports earned $10 million for the Trump Victory organization. The minimum donation for two guests was $580,600.  The event was held at the home of billionaire Nelson Peltz.

Though that may seem like an awfully high dinner bill for most of us, you need to remember that Perlmutter’s net worth sits somewhere around the $1.25 billion mark.  Many of this money comes from the fact that Perlmutter was one of the largest stockholders in Marvel when the company merged with Disney

Perlmutter has long been a huge supporter of the President. He was one of the biggest donors for Trump’s first bid for the Presidency. Both he and his wife Laura were among Trump’s Thanksgiving dinner guests.