BREAKING NEWS: John Loses A Hand On Carousel of Progress

It’s all fun and games until someone loses a hand! And sadly that’s what happened to Magic Kingdom’s beloved John audio-animatronic during a run-through of Carousel of Progress at Tomorrowland in Walt Disney World Today.  According to users on Reddit, the incident occurred this afternoon.

Here’s a closer look at the full image: 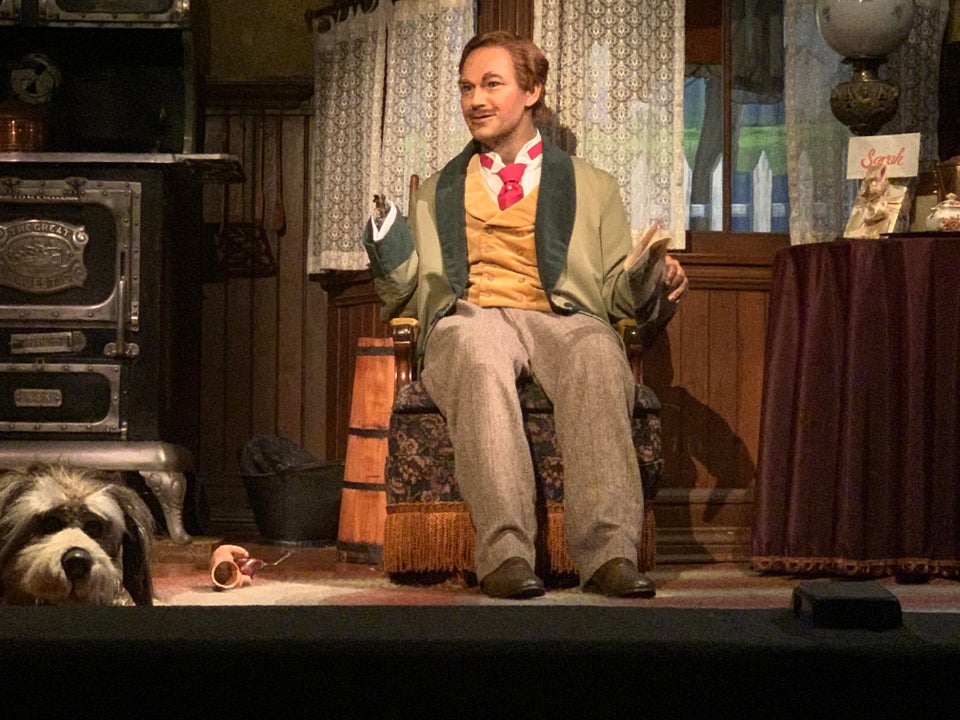 Here’s a tweet from one of the visitors when the hand mishap occurred:

During Carousel of Progress, the hand of one of the audio-animatronics fell off and all I could think about was this pic.twitter.com/kktvKVm30f

After the incident, guests were reporting that the Carousel of Progress was shut down for at least 35 minutes this afternoon.

Walt Disney's Carousel of Progress has been reopened after an interruption of 35 minutes. https://t.co/GQi1mDYbrY #MagicKingdom #WDW #WaltDisneyWorld #DisneyWorld

As of going to print the Tomorrowland attraction seems to be up and running and John’s hand is once again intact!

Its been a hairy couple of months for the Carousel of Progress. Back in December, the attraction was at the center of an incident involving rather intoxicated guests. Two audience members jumped on stage during Act 1.  Stunned guests looked on as one guest was tackled by another guest on the attraction.

Some info. about the Carousel of Progress incident earlier tonight:

Two guests jumped on stage around 6pm Saturday. One of the guests was "disoriented" and tried to jump through a stage window.

CMs handled situation well, ride evacuated, no injuries and no damage to ride.

Keep following along with MickeyBlog for the latest Walt Disney World news and updates!