Yes, you read that correctly. Walt Disney once starred in a Wonder Woman comic. Only, they didn’t name him “Walt Disney.”

So was I when I first read Brian Cronin’s piece in CBR.com: 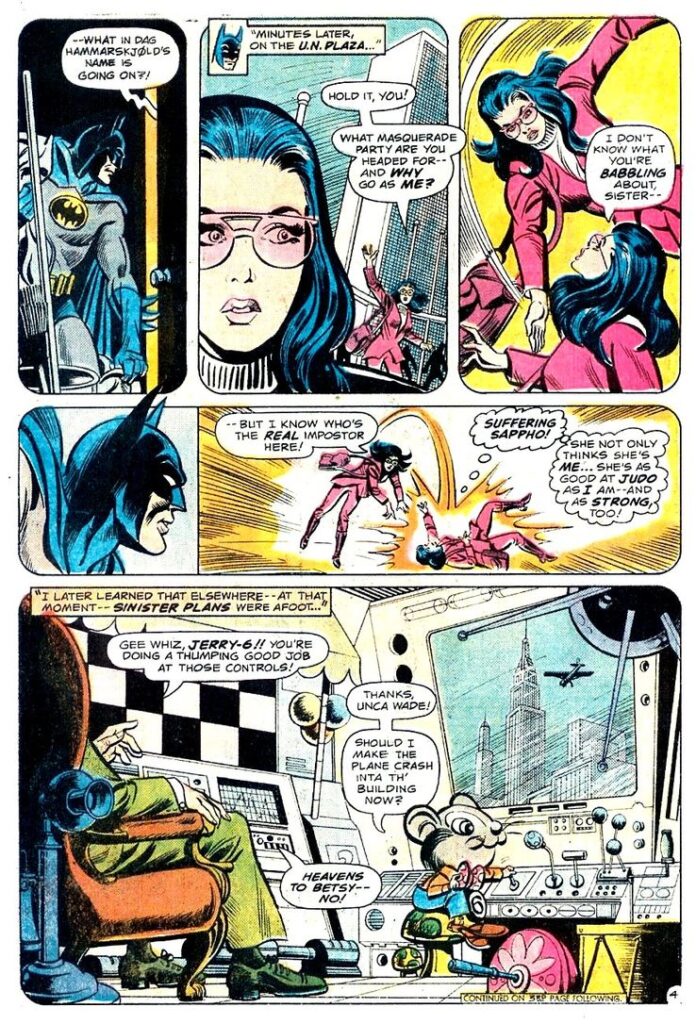 Written by Martin Pasko, with art by Jose Delbo and Tex Blaisdell, Wonder Woman #222 was the conclusion of the epic story arc where Wonder Woman had to prove that she was worthy of rejoining the Justice League after she resigned following her historic superpower loss in the late 1960s. This was Wonder Woman’s idea, by the way, if you thought it was a jerky thing for her friends to do to her.

No, I am not making this up. And neither is Cronin. 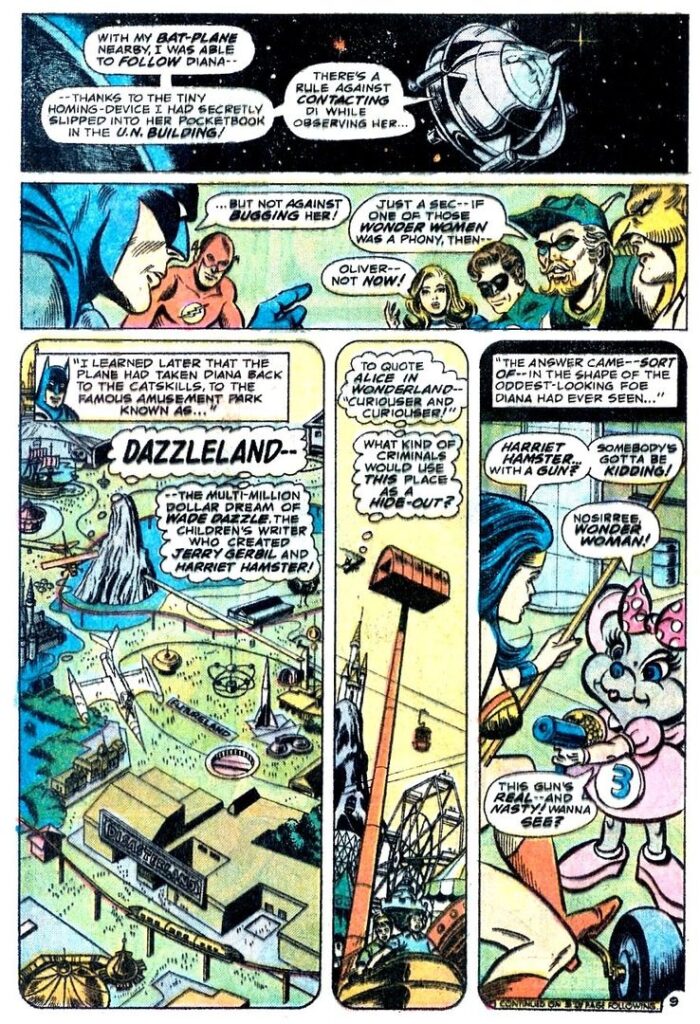 Anyway, this reminds me of (a truly awful) subplot in the novel L.A. Confidential, explained in the LA Times book review thusly: 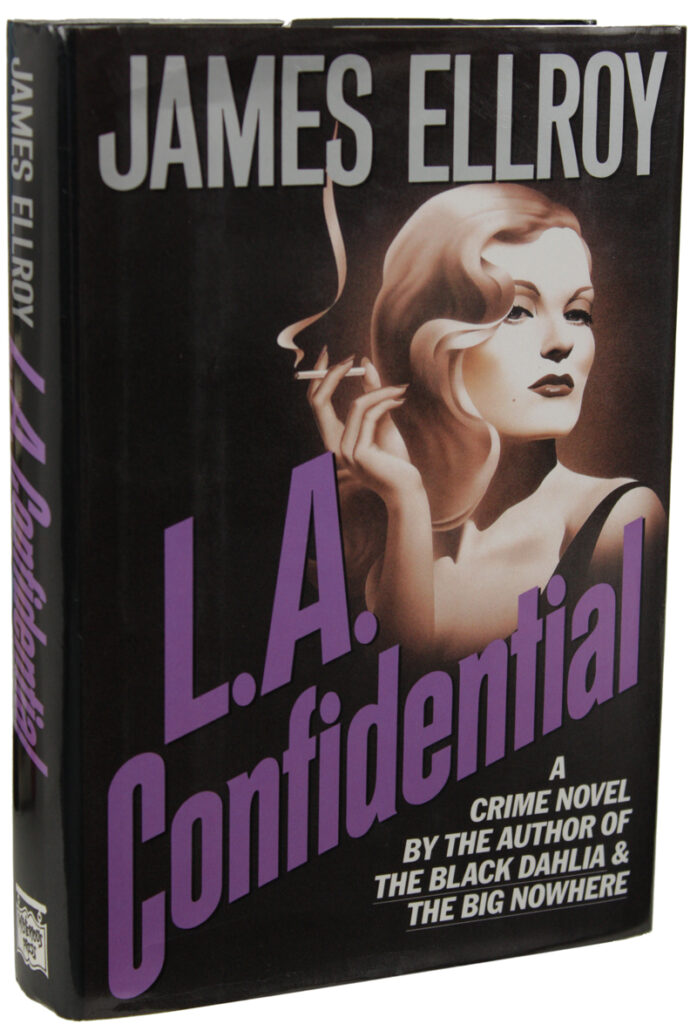 Ray Dieterling (read Walt Disney), animated-cartoon pioneer and Dreamland godfather, has corrupted one son and murdered another, whose name is immortalized in a Dreamland ride… Got that? If you have, and if Ellroy hasn’t yet driven you to droolsville, you’ll doubtless identify with one Timmy Valburn, the man under Dreamland’s “Moochie Mouse” suit:

“Jack,” says Timmy during interrogation, “I’m tres Hollywood. I dress up as a rodent to entertain children. Nothing surprises me.”

I think I’ll watch some real Uncle Walt and journey to the land of nod: