A ‘Contemporary’ Appreciation for the Holidays

After nearly 50 years of unforgettable visits and family vacations, many of us have a fairly good idea of what to expect from a stay at Walt Disney World Resort during the holidays. For those of us who have enjoyed Walt Disney World at Christmastime, those memories are an indelible part of our holiday nostalgia. 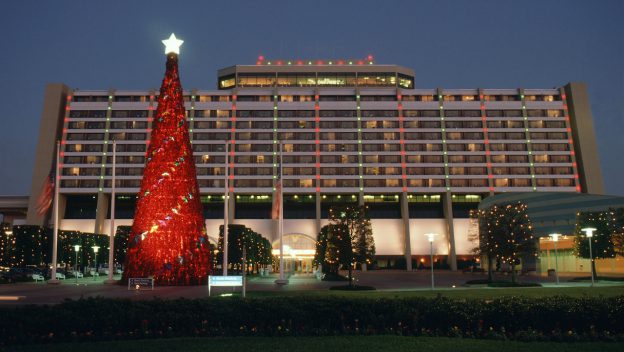 In October of 1971, my expectations were completely exceeded as I saw Disney’s Contemporary Resort for real on the “Walt Disney World Grand Opening” TV special. It was an astounding sight to see the monorail effortlessly glide through its imposing form on the freshly landscaped shores of Bay Lake. Today, Disney’s Contemporary Resort hotel still ranks among the world’s most unique commercial structures.

Once described by the New York Times as “the best single building through which to observe the blending of technological innovation and far-out fantasy that is uniquely Disney,” the main building of Disney’s Contemporary Resort remains a stunning Walt Disney World Resort icon and architectural wonder. Soaring 14 stories into the Florida sunshine, the hotel’s extraordinary concrete and steel A-frame conceals the lobby area known as the Grand Canyon Concourse, itself nine stories high and the length of one and a half football fields! 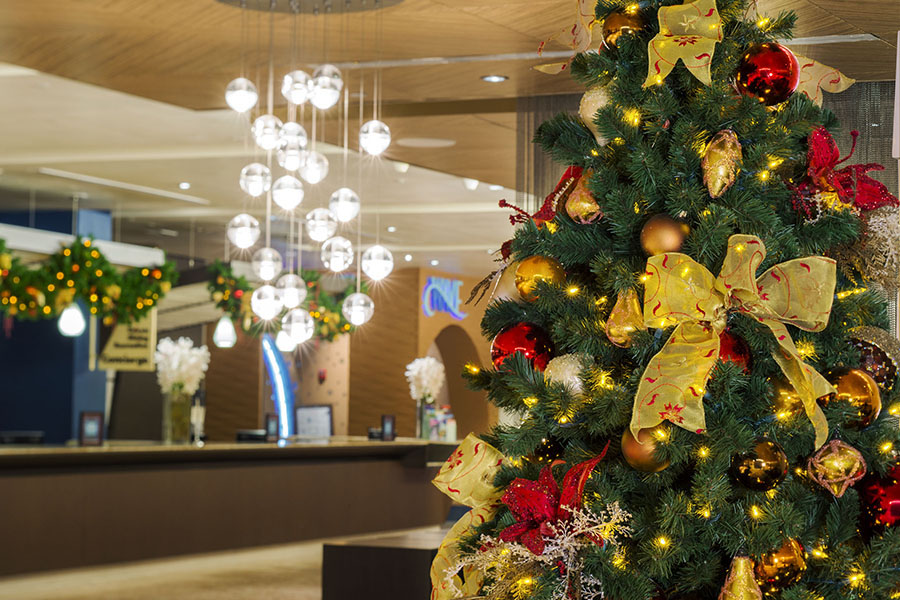 The A-frame building was built utilizing an experimental method of construction featuring prefabricated, steel, modular units that were assembled offsite (including carpeting, built-in-furniture consoles, wall coverings, lighting fixtures, etc.). Once each of the hotel’s guest rooms arrived on site (more than 1,000 in total and each weighing eight-and-a-half-tons), they were carefully hoisted, slotted into the A-frame, and seamlessly incorporated into the structure. 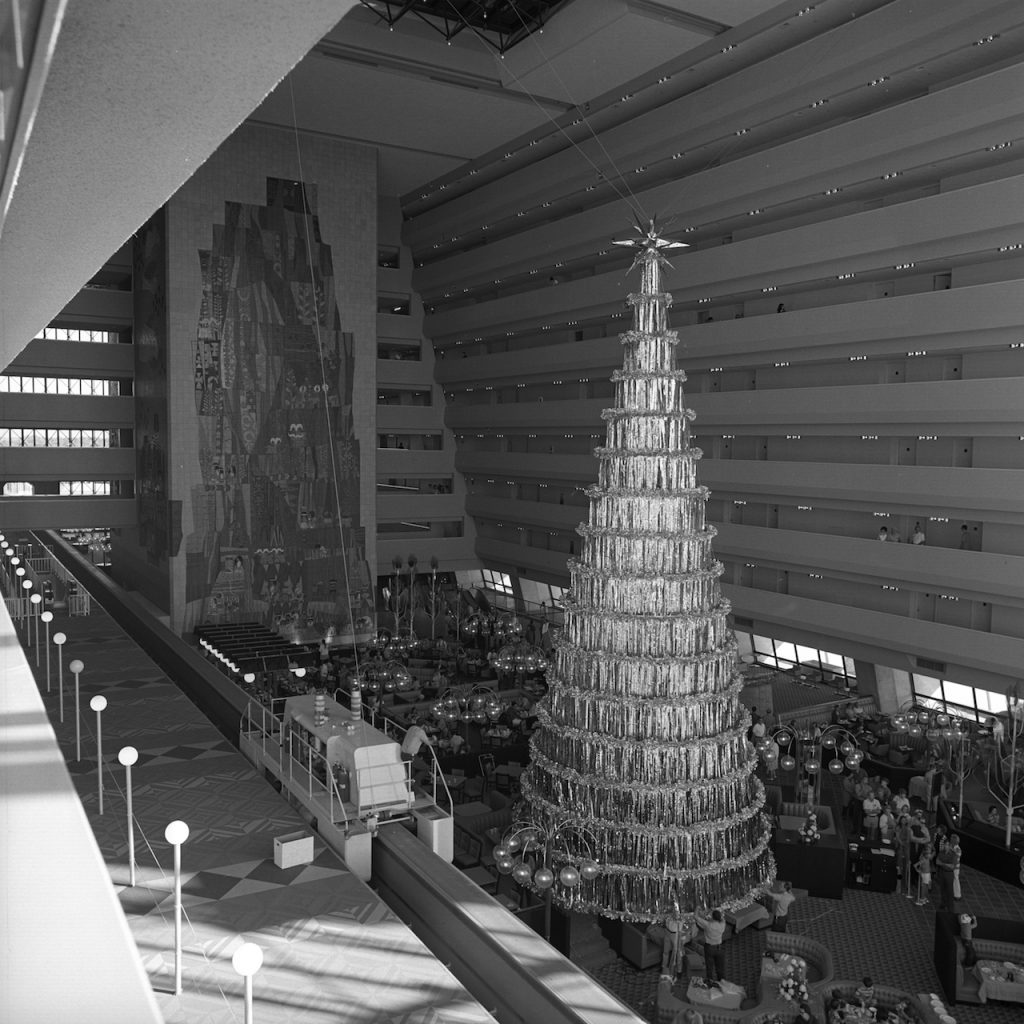 Through the years the holiday décor at Disney’s Contemporary Resort has been eclectic, bordering on avant-garde. From an astonishing, and seemingly aluminum, towering Christmas tree in the Grand Canyon Concourse, to a massive display of red and green lights on the slopes of its A-frame, to conical futuristic Christmas trees dotting its entranceway,   there have been many attempts to convey the holidays at Disney’s Contemporary Resort.

To me, the holiday décor at Disney’s Contemporary Resort has always been fun, visually engaging, and interesting. In attempting to be “contemporary,” much of the décor harkens back to late 1960s/early 1970s design sensibilities making them simultaneously vintage in emotion yet contemporary in execution. No matter what form they take, I think they’re terrific and can’t wait to see what they come up with next . . . in the future. 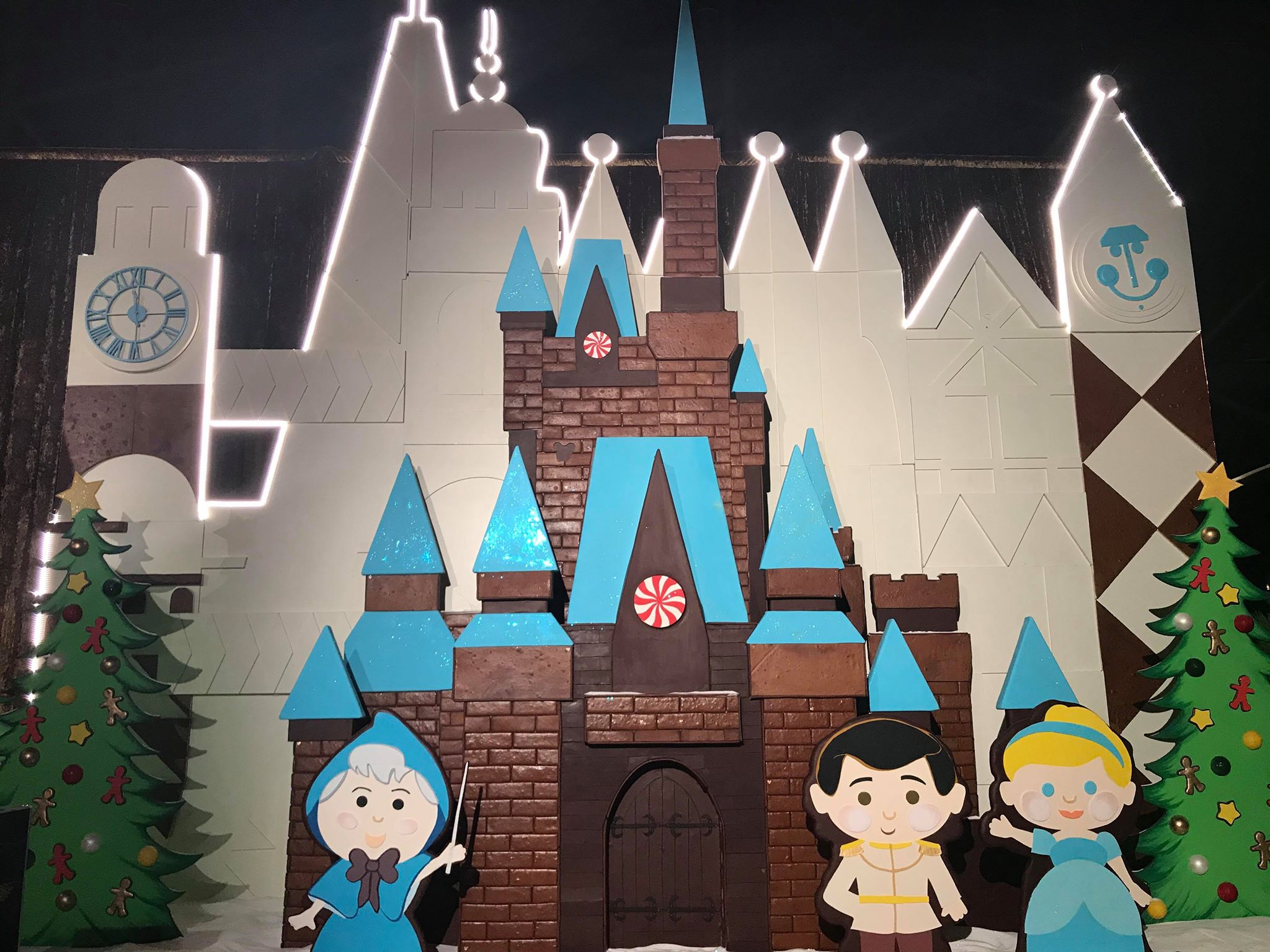