Disney Attendance Was Down Last Quarter But Profits Were Up

As you may have heard, the Walt Disney Company reported on their fourth-quarter earnings during an Investors Call this week. One of the interesting reveals during the report was that Disneyland experienced higher visitor spending but lower attendance across both theme parks.

According to a summary found in the O.C. Register, revenue from Disney’s Parks, Experiences and Products division increased by 8% in the quarter totalling $6.7 billion. This spike in visitor spending was highlighted as the reason for the increase in profits along with higher ticket prices, food and merchandise.  Booking rates at domestic hotels were also up 5% compared to last year.

Over on the East Coast, visitor spending increased at Walt Disney World as well despite the adverse impact that Hurricane Dorian had on theme park attendance.

On both coasts, Disney is attributing the drop of attendance to the fact that visitors are waiting to visit the theme parks in California and Florida until both attractions at Star Wars: Galaxy’s Edge are completely up and running. As you know both Star Wars Lands opened already with Millennium Falcon: Smuggler’s Run serving as the primary attraction until Rise of the Resistance opens later this year at Walt Disney World and in early January in Disneyland.

“We believe there was some delayed visitation to Galaxy’s Edge both at Disneyland and Disney World — people waiting for the second E-ticket attraction to open,” Disney CEO Bob Iger said on the call. “We sense that there are people just waiting for the whole experience.” 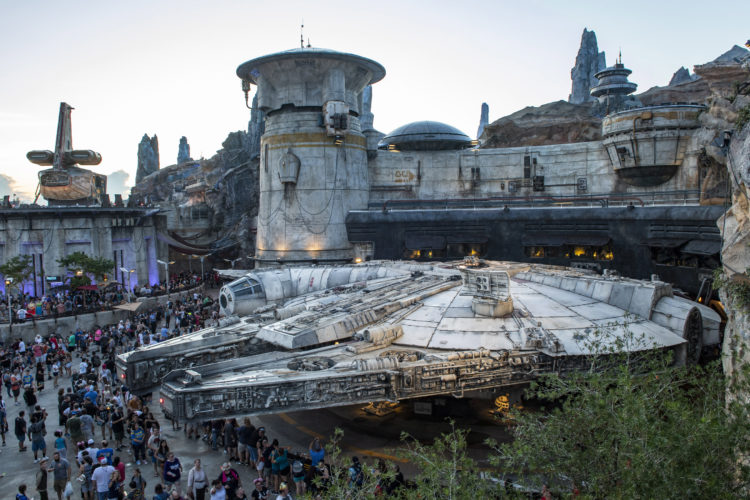 Iger was also quick to defend the revenue generated in these new lands arguing that Galaxy’s Edge has driven increases in per-capita spending, food and beverage sales and merchandise sales. Iger stated, “Those two land have been far more successful than been reported,” Iger said. He added that over 5 million riders have enjoyed Millennium Falcon: Smugglers Run and that the ride has been a success. “A very, very complex technological attraction is running really well,” Iger said.

Looking at how the parks fared internationally, Disneyland Paris and Shanghai Disneyland both showed growth. However, Hong Kong Disneyland saw a decrease in attendance due to the ongoing protests.  This resulted in a $55 million decline in the 4th quarter.

Readers are encouraged to keep following along with MickeyBlog for the latest Walt Disney Company news and updates!