Can you believe that runDisney will be celebrating it’s 10th anniversary of the Disney Wine & Dine Half Marathon this weekend? Today I wanted to bring you a look back on some of the greatest moments and compelling stories  from the past 10 years. I’m sure we have even more in store this weekend too with a 5K on Friday, November 1, 10K and kids races on Saturday, November  2, and half marathon on Sunday, November  3.

Runners and Guests can start celebrating the race weekend on Thursday, Oct. 31 when the Health & Fitness Expo kicks off at ESPN Wide World of Sports Complex. Visit the Expo from Thursday to Saturday for exclusive race weekend merchandise, interactive demonstrations, and innovative tech and gear to encourage health and fitness. 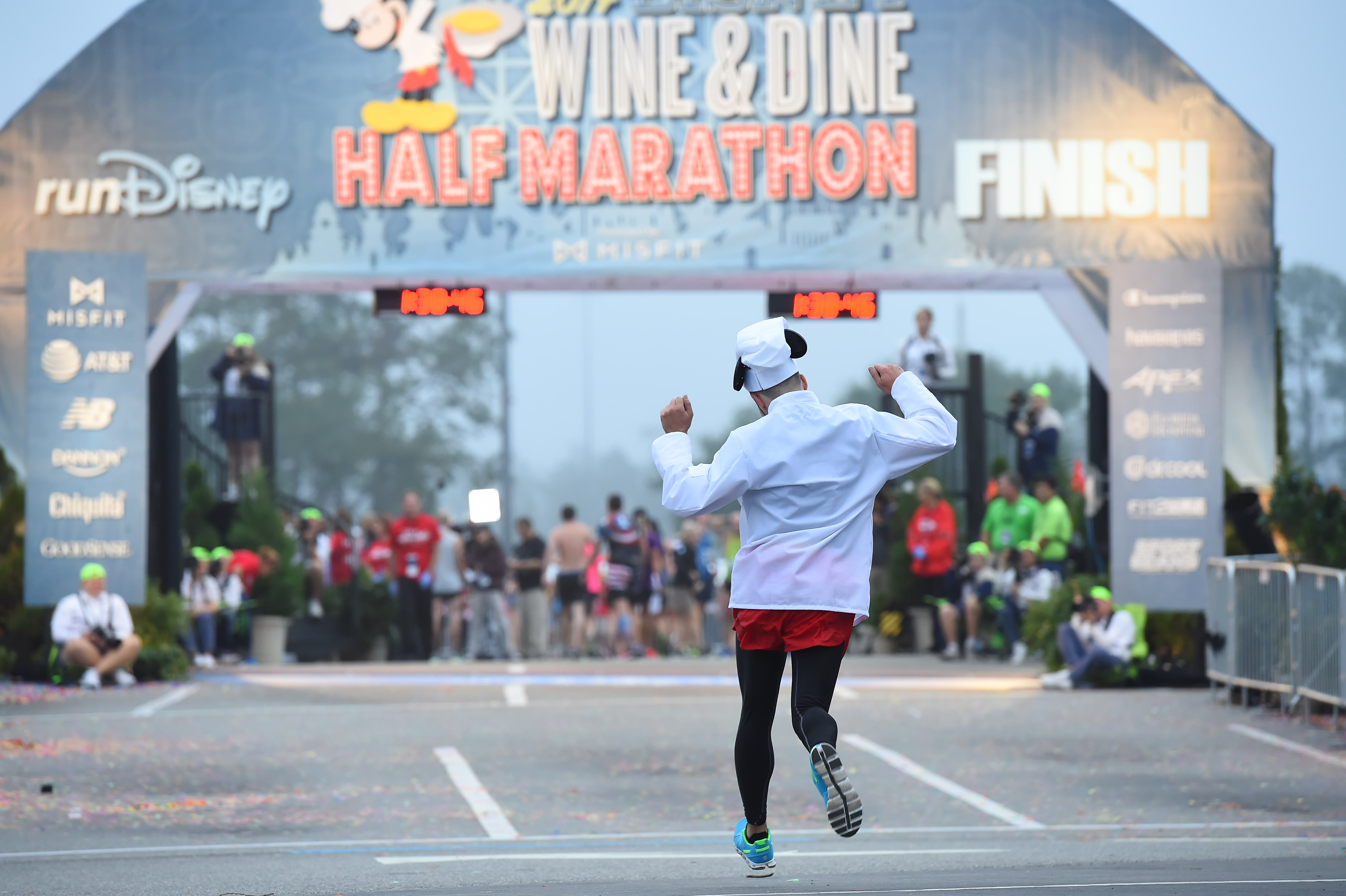 We hope you’re getting as excited for race weekend as we are! To toast to the 10th anniversary, let’s look back on the top 10 moments in Disney Wine & Dine Half Marathon Weekend:

Not running but still want to celebrate the 10th annual Wine & Dine Half Marathon Weekend with us? Join the ChEAR Squad as a spectator to support runners during the 10K and Half Marathon, or attend the Post-Race Party on Sunday night for an after-hours party at the Epcot International Food & Wine Festival where you’ll have access to all the Global Marketplaces, select Epcot attractions, rare characters, and party-exclusive merchandise. Visit www.runDisney.com for more information and tickets for both the ChEAR Squad and Post-Race Party!