A History of Halloween at the Disney Theme Parks

As early as August, Walt Disney World starts pulling out all of the stops for one of their biggest seasonal transformations of the year – Halloween. But did you know Halloween wasn’t always a HUGE deal? As a matter of fact it took decades for Halloween to develop into the frightfully delightful celebration that Disney guests around the world know and love today.

That’s why we thought we’d spend a bit of time this afternoon providing you with a brief rundown of how Halloween festivities have developed at Disney over the years with a bit of help from Jim Cora, Disney Legend.

All things spooktacular have long been a part of the Disney tradition. As a matter of fact, Disney Legend Harper Goff’s earliest designs for Main Street U.S.A. at Disneyland featured a haunted house.  This idea would eventually morph into the Haunted Mansion which still remains a fan favorite half a century after it’s debut! 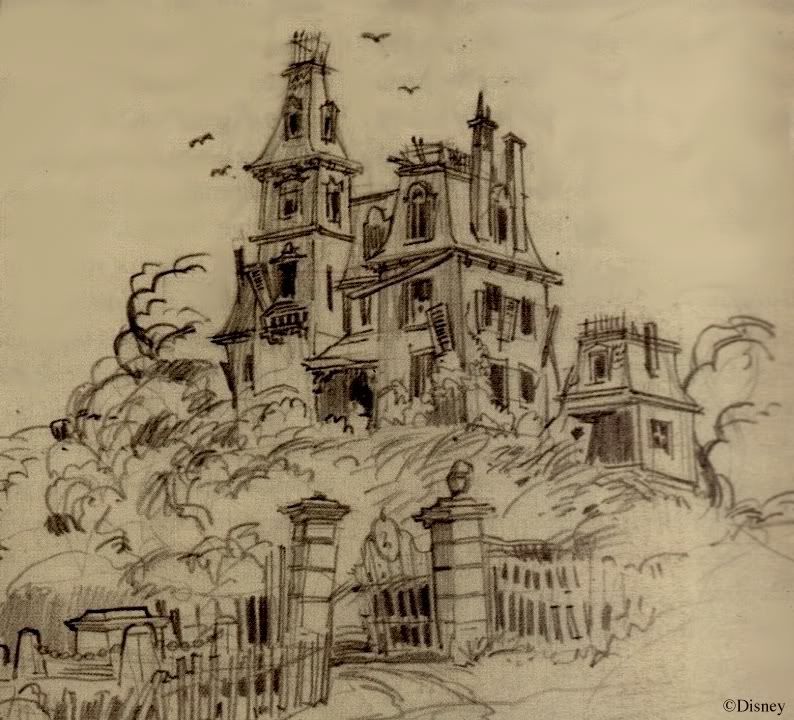 However, Halloween wasn’t something celebrated at the parks until recently. As Jim Kora explains, “Seasonal celebrations in those early years were really reflections of the popular culture. Christmas and Easter were the ‘big’ holidays, because in the 1950s and early 1960s—it’s easy to forget—Halloween was simply not a big celebration, as it is today.”

“The first magazine articles detailing ‘trick or treat’ in the United States appeared in The American Home in the late 1930s. Radio programs…and TV shows aimed at families…put the idea of trick-or-treating in front of a national audience. The 1952 Donald Duck cartoon Trick or Treat reached millions via movie screens and TV.” 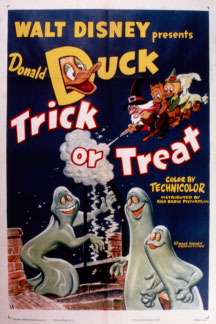 Disneyland Executive Bill Long recalls that initially there wasn’t much demand for Halloween festivities in the parks but this started to evolve over time.  “Back in the Seventies, when I was the director of marketing, we did not make a big deal out of Halloween. “If Halloween fell on a Monday or Tuesday, the Park was closed, anyway! We closed the Park at 6:00 pm during the week, and on weekends we would always have private parties and special events. I don’t recall any large-scale formal Halloween celebrations at Disneyland until the late ’80s.”

However, Matt Moryc of the Walt Disney Archives traces the origins of Halloween Festivities at Disney pack to 1959, ” “The first event at Disneyland resembling Halloween took place on October 31, 1959. It was called ‘Parade of the Pumpkins,’ and photographs from the event show children dressed in Halloween costumes while presenting their carved pumpkins to be judged. 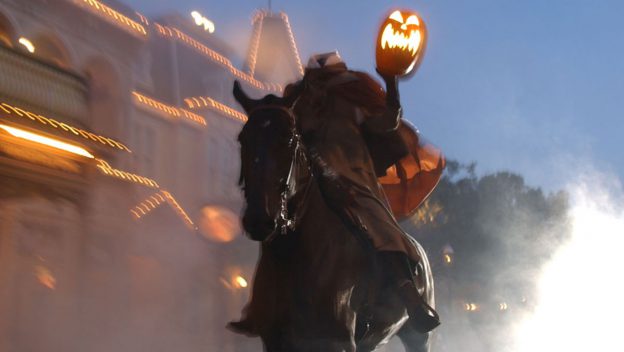 According to Matt Moryc, Walt Disney World’s first Halloween Celebration was in 1972. The event was dubbed Halloween Weekend and ran the weekend before Halloween (October 28 and 29th.) There were other Halloween events that took place at Walt Disney World throughout the 70s. This typically included free admission to the Haunted Mansion, character experiences, parades and screenings of The Legend of Sleepy Hollow.

The Archives files reveal a 1973 “Halloween Weekend” on October 27 and 28, and the following year on October 27 and 28; and a “Saturday Night at the World Halloween Party” in 1976. The party in ’76 offered extended operating hours until midnight each Saturday during the fall and winter season when normal operating hours are 9 a.m. until 7 p.m.  On October 27, 1979,  Disney World held a “Halloween Party” at the Magic Kingdom. This was s separately ticketed event that featured famous musical acts to perform at the Magic Kingdom. 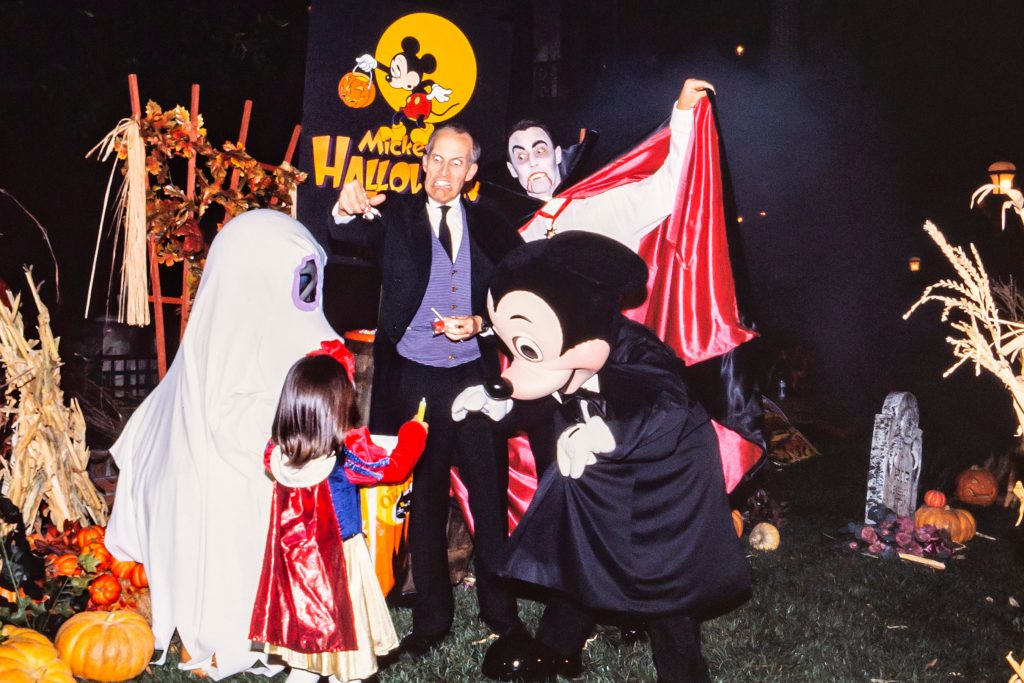 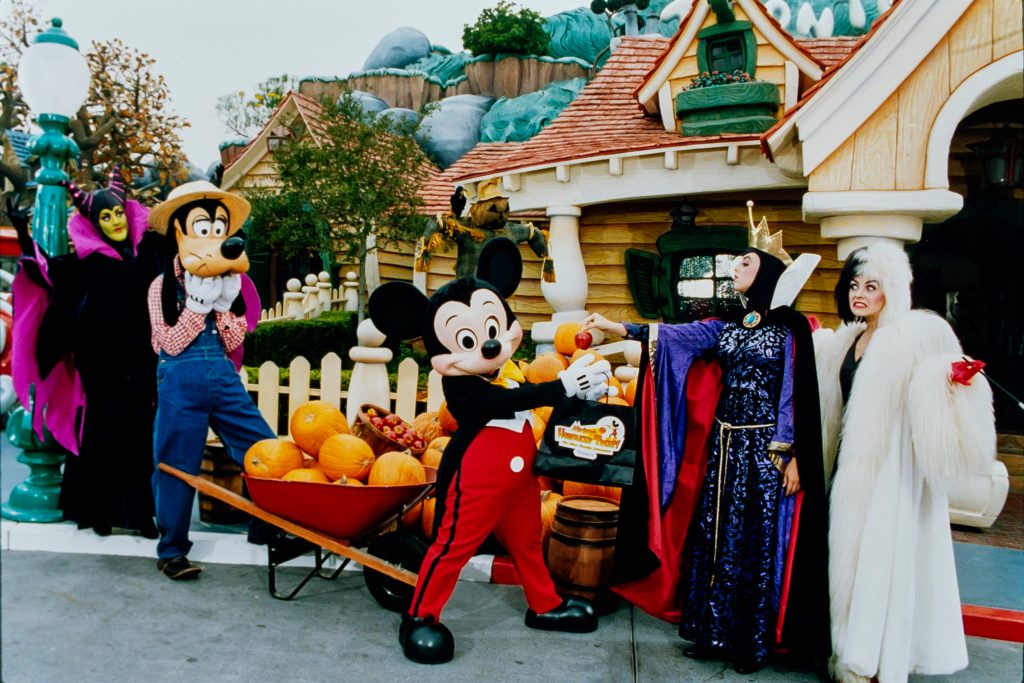 “I think we dipped our toe into the more ambitious Halloween celebrations in the 1980s, with annual merchandise lines that expanded each year, and one-off events here and there,” Jim Cora says. “That is my memory of Tokyo Disney,  I think it was much the same way at Disneyland. 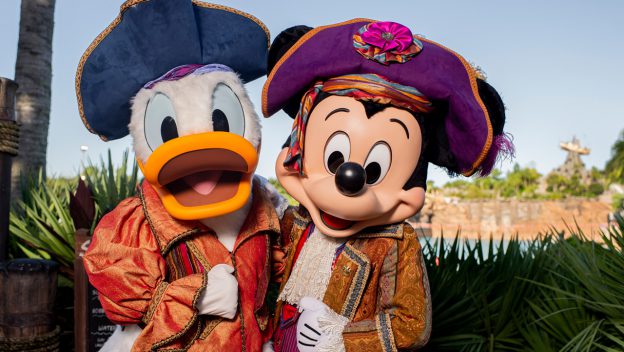 Halloween In The 90s and Beyond 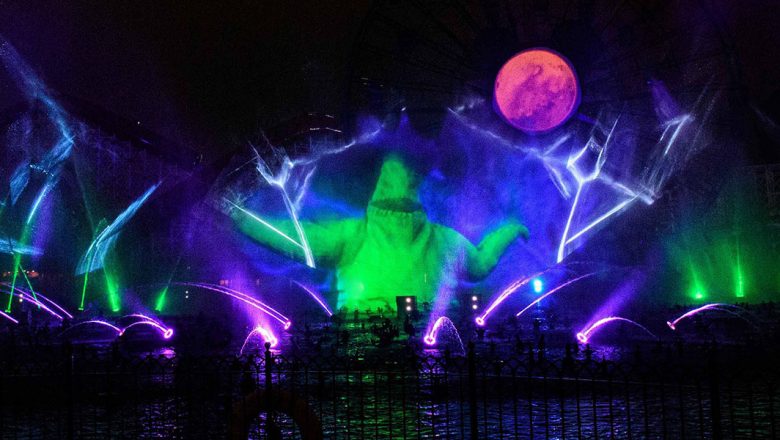 Today, Halloween Time at the Disneyland Resort features events in both parks. Activities range from seasonal meet and greets to amazing attraction overlays such as Haunted Mansion Holiday, events, displays, fireworks, and seasonal décor everywhere around the property. 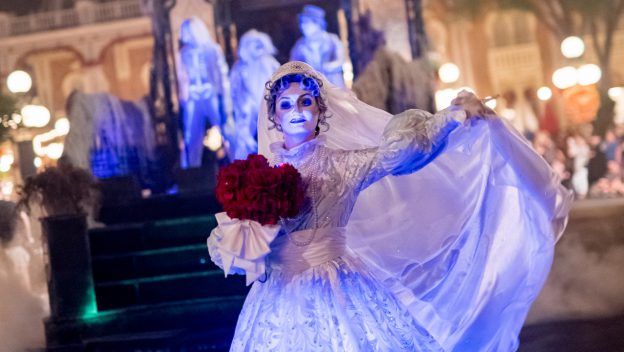 At Walt Disney World, the first Mickey’s Not-So-Scary Halloween Party debuted on October 31, 1995. Today, nearly the entire resort is shrouded in frightful festivities, décor, events, and experiences, bringing Halloween fun to everyone, from the not-so-scary to the villainously spectacular.

This year (2019) the parties started in Mid-August and now run through until November 1st. These special ticketed events are the one time of year that guests are allowed to dress in costume at the theme parks. Partygoers gain access to the Magic Kingdom with their party ticket starting at 4pm with festivities officially kicking off at 7pm. At that time the party closes to the general public and ticket holders can enjoy special events, shorter ride times and special Halloween-themed eats and treats! 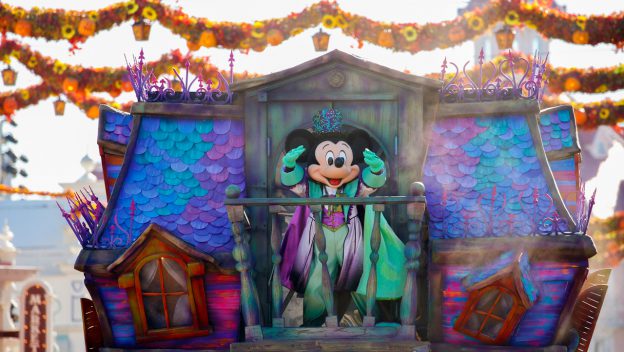 Disneyland Paris began its annual Halloween events starting with the “Soirée Halloween Disney” which debuted on October 20th 1997. Over the years this party evolved into “Disney’s Halloween Festival,” which takes place from September 28 to November 3, 2019. 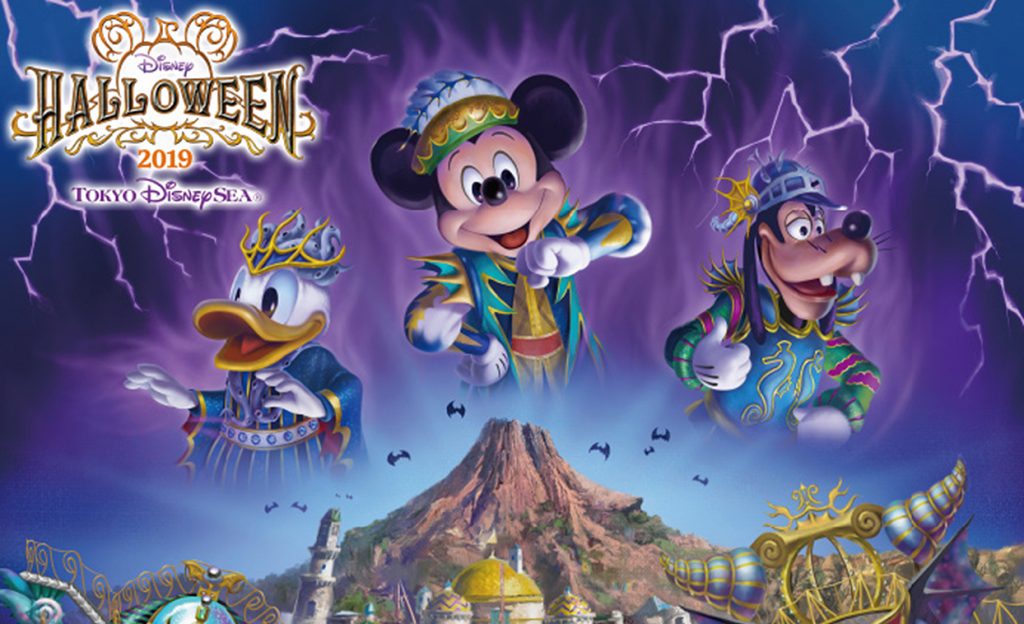 The first Halloween event at Tokyo Disneyland took place in 1997 and was dubbed “Disney Happy Halloween. According to Matt Moryc it included a 400 guest parade and special treats for kids under 12. In 1998 the event also included the “Happy Halloween Twilight Parade.” Today the seasonal celebration has evolved into “Disney Halloween” at Tokyo Disney Resort. It features haunting decorations, special seasonal food, merchandise and an all-new “Festival of Mystique” harbor show! 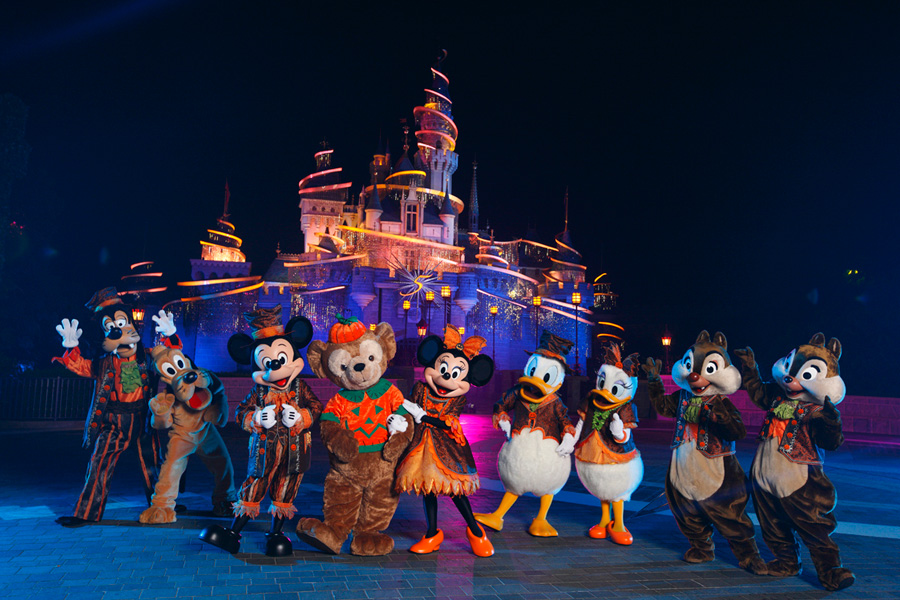 This year in Hong Kong Disneyland their special “Disney Halloween Time” celebration will return.  This event features everything from special parades, meet and greets and character dining experiences to Halloween Town a walkthrough experience that brings scenes from “The Nightmare Before Christmas” to life! 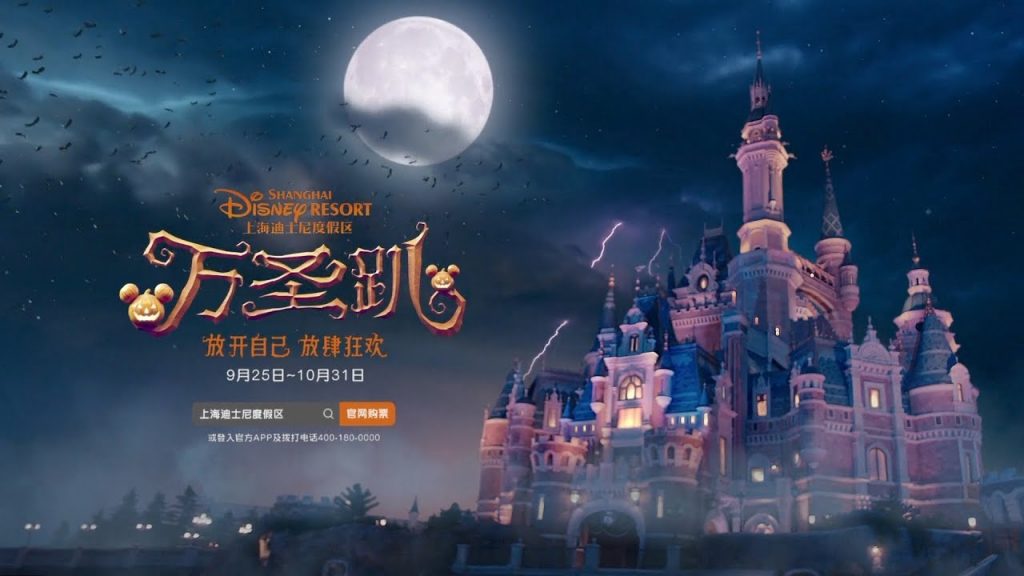 This marks Shanghai Disneyland’s third Halloween season. During the first year, celebrations were centered around Disneytown (similar to Downtown Disney or Disney Springs.)  This year however, celebrations in Shanghai will feature resort-wide decorations, and the properties first-ever late-night Halloween party on October 31st.  Highlights will include a popular “Coco”-themed area in Adventure Isle as well as appearances from Jack Skellington and Sally at the “This is Halloween Dance Party.” 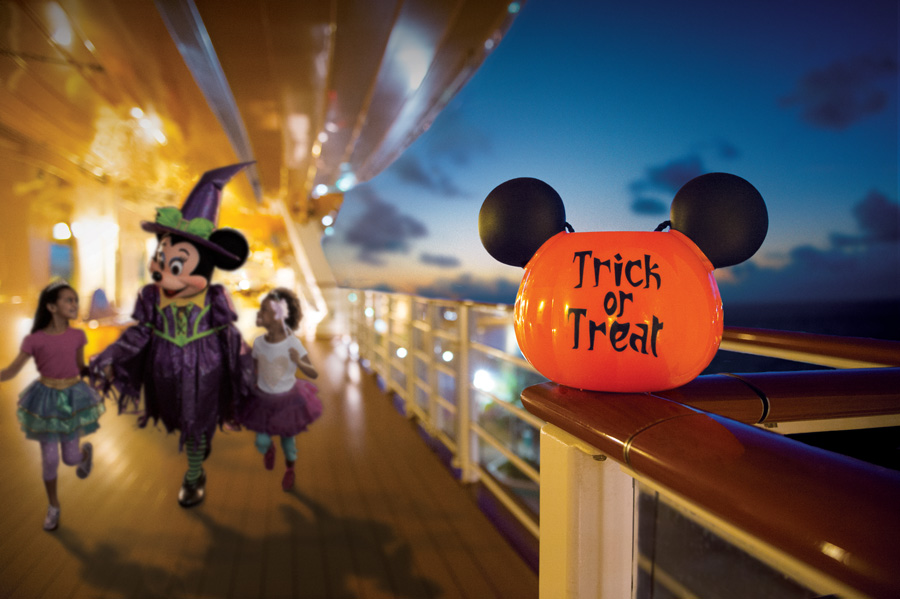 Even Disney Cruise Line has been getting in on the Halloween fun! During the months of September and October, you can book a spooky Halloween on the High Seas sailing filled with a wide range of seasonal activities. This includes special deck parties, trick or treating, nighttime shows and more!

A lot has changed since Disney first opened when it comes to celebrating Halloween. It went from a rather unpopular holiday overshadowed by Easter and Christmas to a cultural force. As ABC news reported, “Halloween is no longer just about costumes and candy. It’s now the second-biggest decorating holiday of the year—right behind Christmas.”

Can’t wait to check out all the Haunted Mansion Holiday fun for yourself? Then let’s get planning your Fall 2019 Disneyland getaway! Getting started is easy. Simply fill out our form below to get your FREE, no-obligation quote from MickeyTravels.