The Cast of ‘Emergence’ Takes to the Stage at Comic Con

Beyond explanation…beyond understanding…lies the truth.  During this past week at New York Comic Con, cast and executive producers presented attendees with a first look at the pilot episode of ABC’s new drama Emergence followed by a panel discussion. 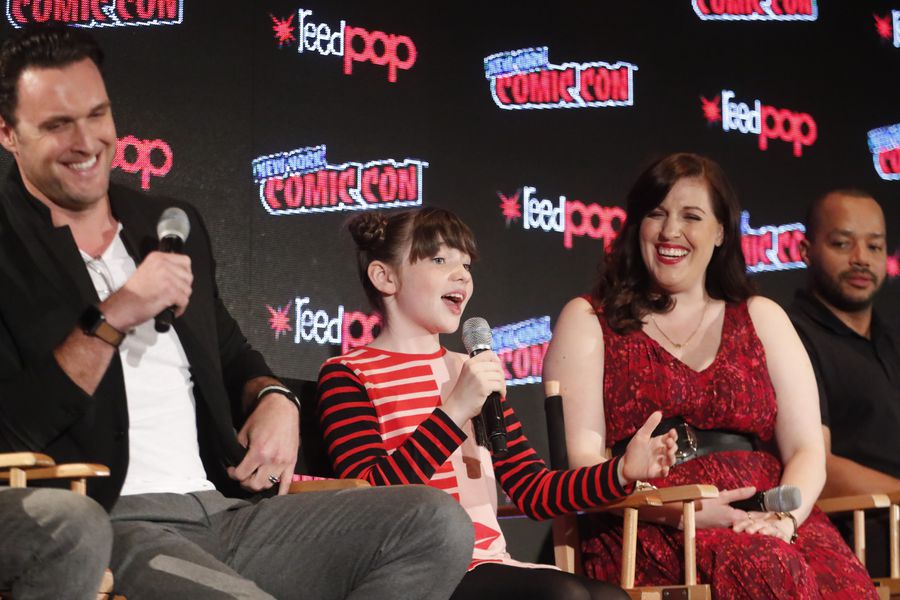 Emergence is a  character-driven genre thriller follows a police chief who takes in a young child she finds near the site of a mysterious accident who has no memory of what has happened. The investigation draws her into a conspiracy larger than she ever imagined, and the child’s identity is at the center of it all.

Since the first episode hasn’t aired yet,  the moderator of Comic Con’s panel discussion asked media not to divulge details of the third episode, star Allison Tolman told the room that she was “shocked” when she first discovered the episode’s big reveal, since she expected this to be the kind of bombshell reserved for the season finale. According to a report on SYFY  she said, “I thought the reveal was going to be a season-long arc. I was shocked.

Here’s a video of the event posted on the SyFy Channel’s YouTube Page:

The show is deliberately moving fast. This is because its showrunners Tara Butters and Michele Fazekas want the series to stay ahead of their fans, according to Zabryna Guevara, who plays Dr. Abby Fraiser. “The showrunners don’t want the audience to be ahead of the story,” said Guevara.