Disney Studios will begin filming a movie about former Clemson Tigers football player Ray Ray McElrathbey. The film will share the life story of the former defensive back.

McElrathbey, a defensive back, played in every game as a member of special teams in the 2006 season. One game, in particular, the season opener against Florida Atlantic, McElrathbey had 4 tackles. That game will be replicated and be the subject of filming during halftime on Sept. 21.

McElrathbey gained custody of his then-11-year-old brother back in 2006. His mother was in drug rehab during that time and his father wasn’t present. 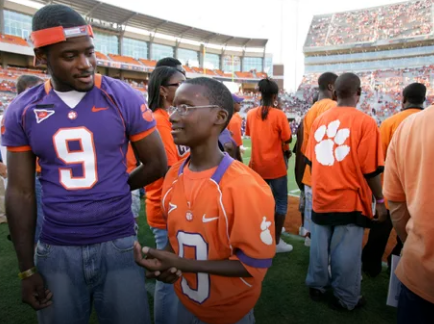 Clemson was granted a waiver by the NCAA that allowed the coaching staff to help McElrathbey provide a stable living for his brother. The school also set up a trust fund for his brother, which quickly received over $46,000 in donations.

Mark Ciardi, the film’s producer, spoke to The Greenville News about the inspiration behind this movie.

“In Ray Ray’s case, here’s a kid whose whole life is in front of him and he finds out his brother is about to go into foster care and he chooses, obviously, his family and protecting his brother. He’s in a situation where he’s juggling school and sports and really, fatherhood – a 19-year-old kid who has gained custody of his brother, and that’s a pretty remarkable story.”

“We’ll be shooting all around campus – iconic places like the Esso Club, the reflection pond in front of the library, the old (Jervey) gym,” said Mark Ciardi, the film’s producer, in an exclusive interview with The Greenville News and Anderson Independent Mail. “Anybody that went to Clemson, they’re going to be like, ‘Oh my gosh!’

“We’re trying to tie in some great elements that the people from Clemson would know. That’s good to do for the alums and anybody who cares about the school.”

Much of the remaining filming will take place in Atlanta, where McElrathbey grew up and attended Mays High School. 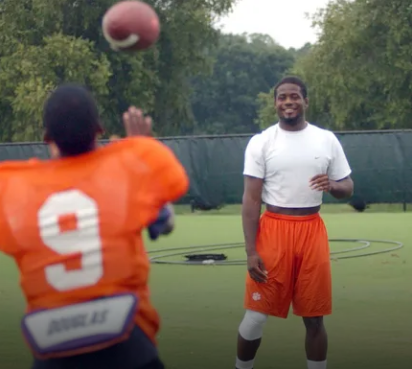 “Sports is a great backdrop. It should never be about the sport or the event; it’s really about the emotional connection and typically it’s an underdog story, right,” Ciardi tole The Greenville News. “So you’re always overcoming something in these stories, whether it’s ‘Invincible’ or ‘Miracle’ or the ‘The Rookie.’ All of these stories have that common thread of tremendous underdogs.”

The movie, titled “Safety,”  could be completed by year’s end and will debut on Disney+. The Disney+ video subscription service is set to launch on Nov. 12.