There’s a whole lot of Star Wars buzz coming from this morning’s D23 “Behind the Scenes with The Walt Disney Studios” panel in Anaheim. First up, a new poster for Star Wars: The Rise Of Skywalker was revealed:

What do I see? Not sure why, but the scaffolding/machinery they’re fighting on reminds me of the Throne Room scene from Death Star 2 in Return of the Jedi. I also note Kylo Ren’s reconstituted mask, which we saw in the teaser trailer for Star Wars: The Rise Of Skywalker. And, finally, I view Emporer Palpatine as looking less disfigured (?).

Emperor Palpatine casts an unmistakable shadow over the new Star Wars: The Rise of Skywalker poster unveiled Saturday during a panel at D23 Expo.

In the haunting image, Rey and Kylo Ren appear in silhouette, lightsabers ignited, seemingly locked in a duel while perched precariously on a piece of debris. In the background, bolts of lightning illuminate their struggle, highlighted in blue and red to match their opposing lightsaber blades.

And peering out from the background, larger than life, a face set deep in shadow seems to look directly into our own eyes: the face of Emperor Palpatine, first heard cackling at the end of the teaser trailer for Star Wars: The Rise of Skywalker, released at Star Wars Celebration Chicago earlier this year [and embedded below].

Spoilers ahead: Please click here if you do not want to be spoiled beyond the trailers and official postings.

Well, as long as you are still here, we’ve got some information about the footage shown to the theater. First-hand accounts are as follows:

There also appeared to be an “evil” C-3PO with red eyes? #StarWars #D23 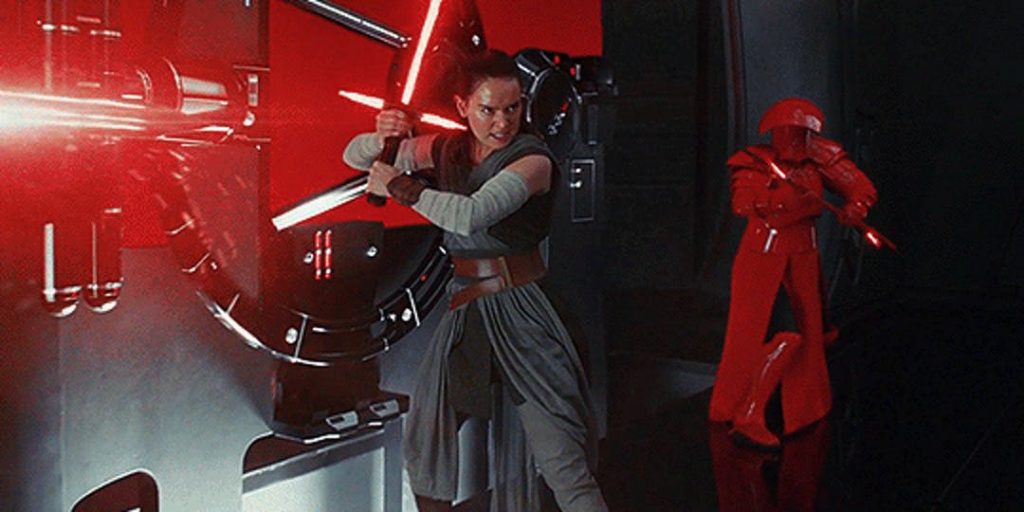 With Disney currently unveiling more new plans for their behemoth upcoming slate of movies, they opened the panel up with Star Wars, bringing out the entire cast of The Rise Of Skywalker to hype up the coming sequel.

Inevitably, the question of Carrie Fisher loomed large and director JJ Abrams has confirmed that she and Leia Organa will be at the very heart of the film’s story. Intriguingly, he’s also answered another question: how they could include her in the movie at all after her sad death.

Abrams told the audience at D23 that they had footage that was unused from Episode VII, which will be used for her scenes in Episode 9.

Touchingly, he also revealed that Fisher was “supernaturally witty” as she had written a special thanks to JJ Abrams in her final book thanking him for working with her twice. By the time she wrote it and when she died, she’d only worked with Abrams once. What a lovely, emotional moment to be able to share for the director. 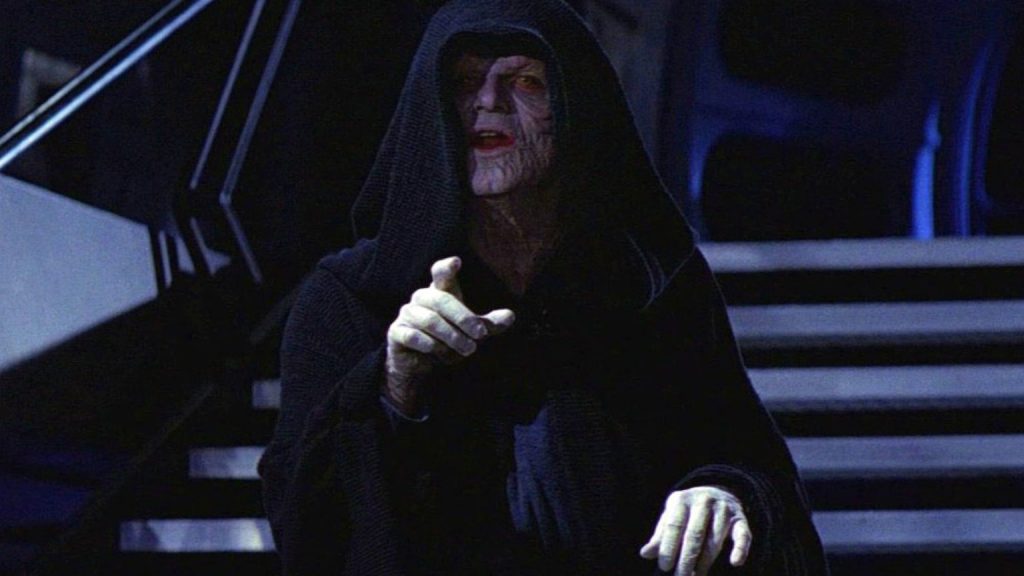 Here’s a quick rundown of what else the footage showed:

“A special look back at Star Wars plays to conclude the presentation. It includes all of the previous films. “We’ve passed on all we know. The thousand generations live in you now but this is your fight.” It culminates with footage from the new movie. The group overlooks a small village. An army of ships in spaces. Rey cuts through trees. Kylo emerges from a ship. Rey and Kylo fight surrounded by water. Palpatine narrates — it nears its end” Rey is wearing a black robe — her red lightsaber splits in two, dual wielding like Darth Maul.”

Here’s what I’m thinking: “I agree with Ms. Robinson that we’re “seeing” a vision. Perhaps we’re seeing Kylo or Rey going through what Luke and Anakin went through in the Death Star throne room, a la “If you will not turn to the dark side, then perhaps she will.” Perhaps Rey is being shown what her decisions could lead to for the galaxy. Either way, I don’t expect the series to end on a down note for Rey. After all, Rey is — famously — not a Skywalker and the film is billed as the end of the Skywalker Saga. Of course, the movie is also entitled The Rise of Skywalker, so who knows. I’ve also seen speculation that “Evil Rey” is a clone. That would be wild. We’ll see.

My Bottom line: I think this is a “What will you become?” moment for The Rise of Skywalker; released in the same vein as the teaser from Rogue One, with a bit of trickeration at the end. BTW: The below is my favorite teaser trailer, ever:

As of this moment, the footage from D23 has not been released, with some reporting that the official sites will post the panel footage on Monday. If that changes, I will update this post. Keep it here.

Tags: D23D23 Behind The ScenesPalpatineReyStar WarsStar Wars: The Rise of Skywalker