D23 Takes Fans Inside The World Of Avatar

After the Star Wars Skywalker Saga concludes this December, Avatar becomes one of the next big stops on Disney’s cinematic horizon. This year, at D23 in Anaheim, fans can immerse themselves in the world of Avatar. 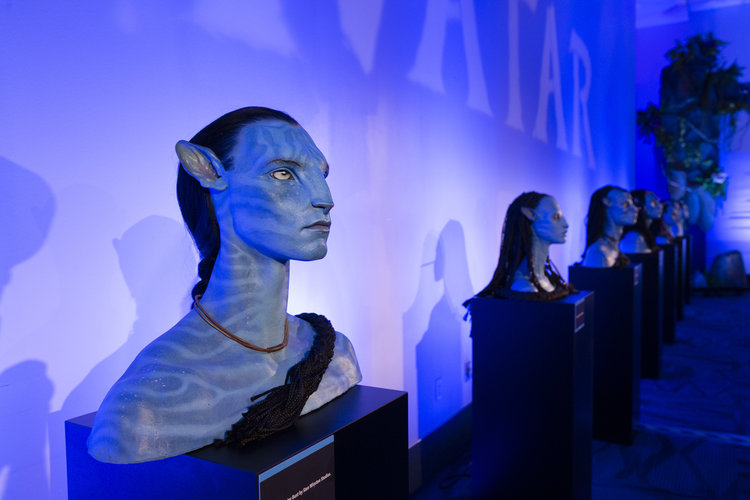 James Cameron is a visionary director who has pushed the world of filmmaking forward with each of his movies, and in 2009 he did it once again with the epic and groundbreaking Avatar. A cinematic experience utilizing cutting-edge performance-capture technology, it transported moviegoers into the far-off world of Pandora, complete with floating mountains, giant flying banshees, and blue-skinned aliens. It truly was a revolutionary film, going on to become the biggest worldwide box-office champion of all time, up to that point (unseated just last month by Avengers: Endgame).

And now, for the first time ever, the world of Pandora has come to D23 Expo: The Ultimate Disney Fan Event, in an exciting new installation called Inside the World of Avatar, located on the second floor in room 207.

Walking in, guests will be greeted by a robust gallery of pre-production models, costumes, screen-used props, and all manner of artifacts and materials used both in the film and in the creation of Pandora – The World of Avatar land at Disney’s Animal Kingdom at Walt Disney World in Florida.

Among the items presented in the exhibition are:

Have you seen Avatar? Visited Pandora? What did you think? Let us know in the comments.