Shhhh! I want to let you in on a little secret. How would you like to experience Flight of Passage at Animal Kingdom, Slinky Dog at Hollywood Studios, and Seven Dwarfs Mine Train at the Magic Kingdom without hunting for those elusive FastPasses and/or waiting in a long line? If this sounds like a dream come true – then add taking advantage of special Disney After Hours Events at Walt Disney World to your Disney Bucket List!

And, today taking advantage of one of those unique Disney After Hours Events just became a little easier as additional dates have been added through June 2019! Take a look at all of the dates below. Two of the dates are Hollywood Studios are even extra special events! 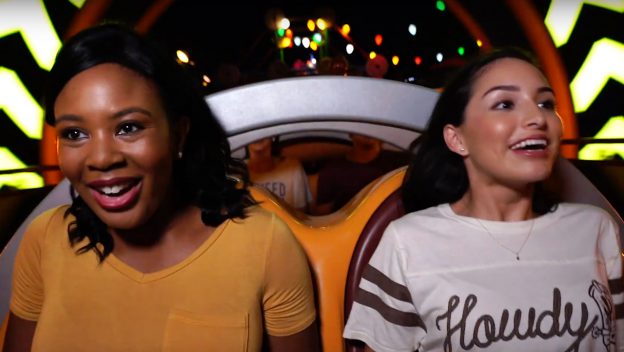 Disney After Hours at Animal Kingdom

Disney After Hours at Hollywood Studios

Disney After Hours at the Magic Kingdom

Each Disney After Hours event is for three hours with a limited amount of tickets sold. However, with your ticket, you can get into the Park as early as 7 pm. When the park closes to the public, that is when the extra magic begins! Check out this video below to learn more:

What’s Included with a Disney After Hours Admission

Every ticket for a Disney After Hours event includes all-you-care-to-enjoy ice cream, popcorn, and select beverage options! If you are still feeling hungry, additional food selections are available for purchase.

A ticket to a Disney After Hours even is $125 plus tax if you purchase your ticket at least one day in advance. Same-day tickets are $129 plus tax. I do advise purchasing your tickets in advance as these events do sell out.

Are you an Annual Passholder or Disney Vacation Club Member? Then, you can purchase your tickets with a discount for $95 plus tax.

I am excited to be doing my first Disney After Hours at the Magic Kingdom next week! Will I see you there?

To purchase tickets and/or start planning your Disney World vacation, fill out the form below. As agents with MickeyTravels (a Platinum Earmarked Agency), we will be on hand to help you with everything from finding your perfect package to nabbing those hard-to-get dining and FastPass reservations. We work with all Disney Destinations. Best of all, our services are absolutely FREE.