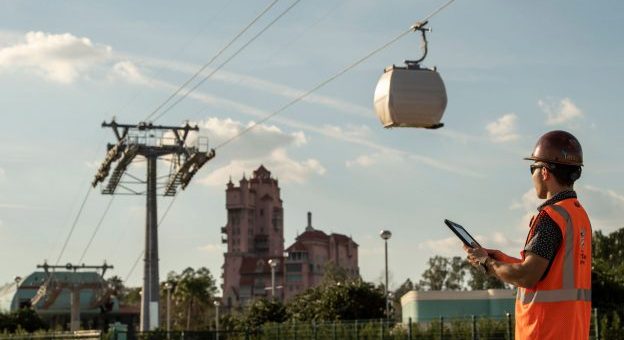 Another new month means a new Disney Skyliner milestone! We are now happy to confirm that the ride gondolas have begun testing between Disney’s Caribbean Beach Resort and Disney’s Hollywood Studios! 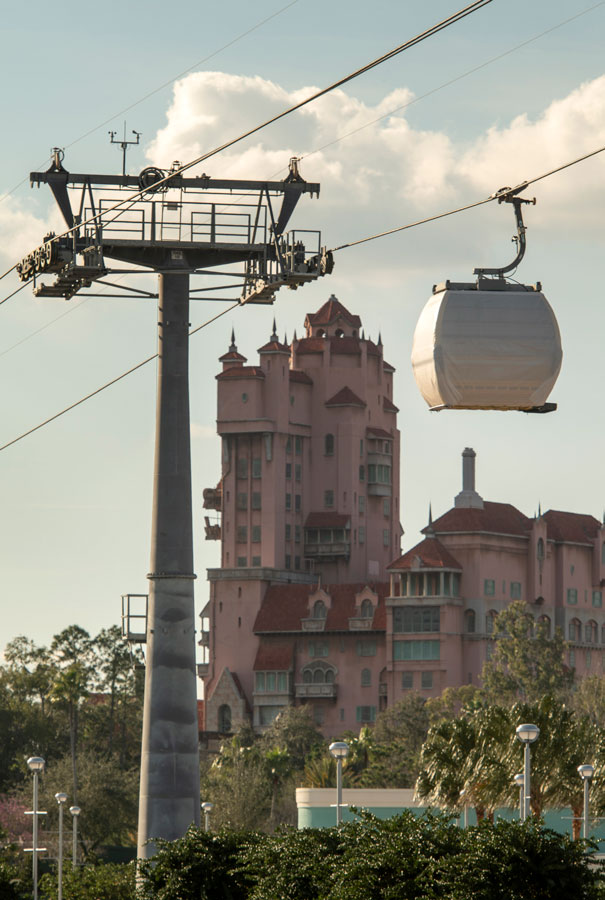 The took place across Victory Way between the stations at Disney’s Hollywood Studios and Disney’s Caribbean Beach Resort. Steve Pratt, Walt Disney Imagineering associate project manager, told Disney Parks Blog that testing and training will continue to take place along with more gondolas being added to the transportation system.

While the gondoals are currently still wrapped during the testinig process, once the Disney Skyliner opens for Walt Disney World Guests, the gondolas will feature vivid graphics with your favorite Disney movies, attractions, and characters.

Once the Disney Skyliner is complete, it will allow for an additional mode of transportation between Disney’s Hollywood Studios and Epcot as well as the following resorts: Disney’s Art of Animation Resort, Disney’s Caribbean Beach Resort, Disney’s Pop Century Resort, and the new Disney Riviera Resort that is scheduled to open in December of this year. The Disney Skyliner is going to be a great way for guests staying at any of these four resorts to get to highly-anticipated Star Wars: Galaxy’s Edge opening at Disney’s Hollywood Studios sometime this year – possibly as early as September!

Disney has stated that the Disney Skyliner will begin transportation Guests this Fall. Keep it here with MickeyBlog for the latest!

Let’s start planning your ride on the Disney Skylikner! There are some great discounts available for 2019! Plus, when you book your vacation with me by February 28, 2019, you will be entered to win a $100 Disney Gift Card! Some restrictions apply. Fill out the form below or send an email to Holly@MickeyTravels.com for a FREE, no-obligation quote. As an agent with MickeyTravels (a Platinum Earmarked Agency), I will be on hand to help you with everything from finding your perfect package to nabbing those hard-to-get dining and FastPass reservations. I work with all Disney Destinations. Best of all, my services are absolutely FREE. Get in touch via email at Holly@MickeyTravels.com or calling 954.401.9577. Also, make sure to CLICK HERE to follow along with my Facebook page for all things Disney and giveaways!