Inside Disney’s Nutcracker and the Four Realms Pop-Up Exhibit in NYC!

I feel pretty spoiled that I live in the city that is hosting the artistic homage to my main pal Mickey. When Mickey: True Original Exhibition opens next month, you can bet I’ll be among the first of the many fans waiting for my chance to get inside! I’m also lucky in that I can pop into the flagship Disney Store anytime the mood strikes me. What I’m trying to say is, to be a Disney fan in New York is a wonderful thing- if you know where to look! 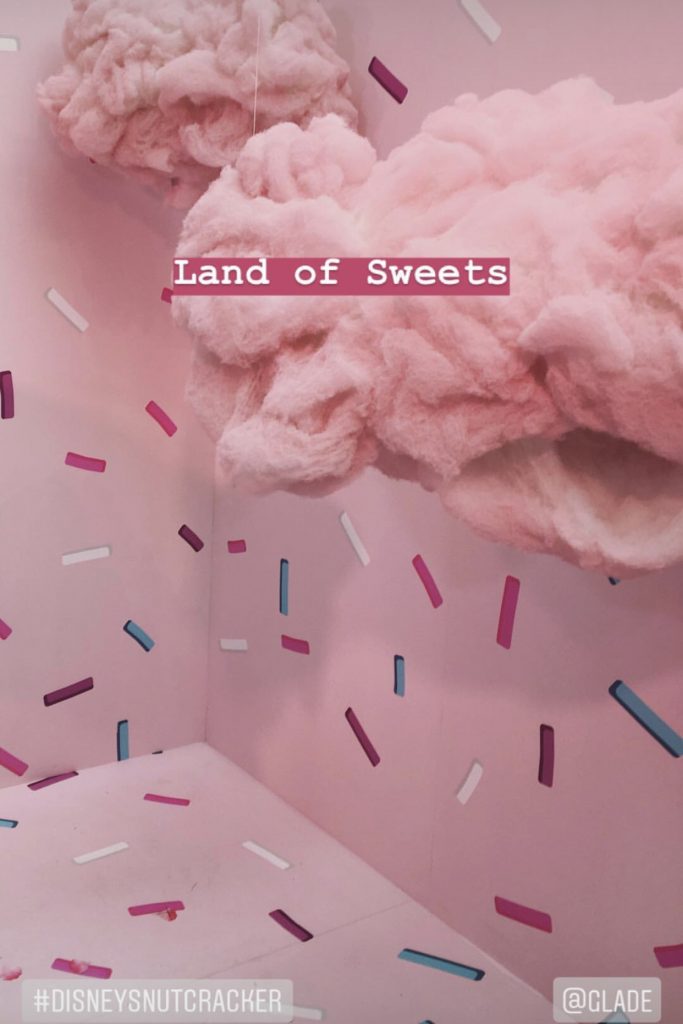 You’d be shocked at how many pops of Disney you’ll encounter on a simple evening stroll. Don’t believe me? Check out this article detailing the Mickey Mouse candy display I encountered at Sugarfina.

Yes, the city itself can be bleak and gray-looking, but if you put on a pair of Disney-colored glasses (that’s the saying, right?), your eyes will be opened to a whole new realm of Disney-saturated possibilities! Speaking of ‘realms’, recently, the stars of Disney’s Nutcracker and the Four Realms came out in the big apple, and we’ve got all the details! 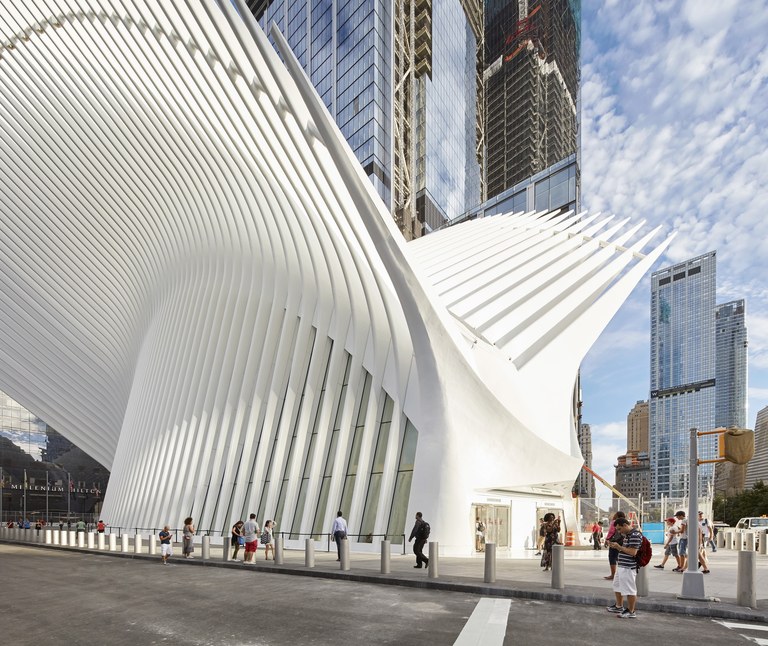 The Oculus is an ultra-sleek modern structure that was built in the post 9/11 rebuild of the affected area. On its own, it looks like a sculpture that belongs in a museum, but on the inside, it’s basically an entire city in and of itself! Shops, restaurants, coffee shops, meeting spaces, and- most importantly to any New Yorker- one of the most active NYC Subway stops of them all make up the massive structure. 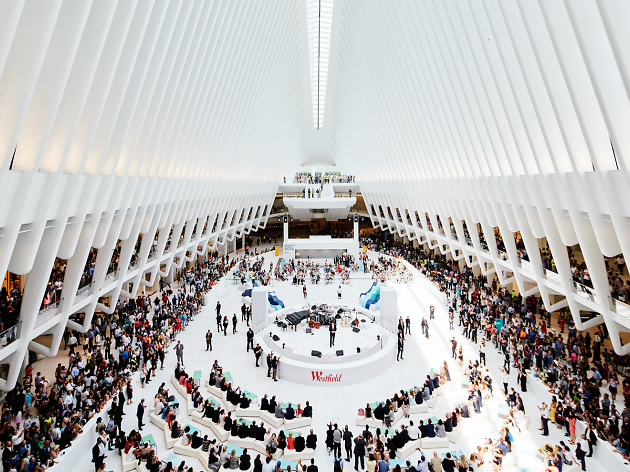 On October 22, The Oculus was host to a pop-up event celebrating what Disney is hoping to be their latest holiday cinematic masterpiece, The Nutrcracker and the Four Realms. Sponsored by Disney and POPSUGAR, the pop-up exhibit featured interactive art that invited guests to step inside a different world, just like Clara! 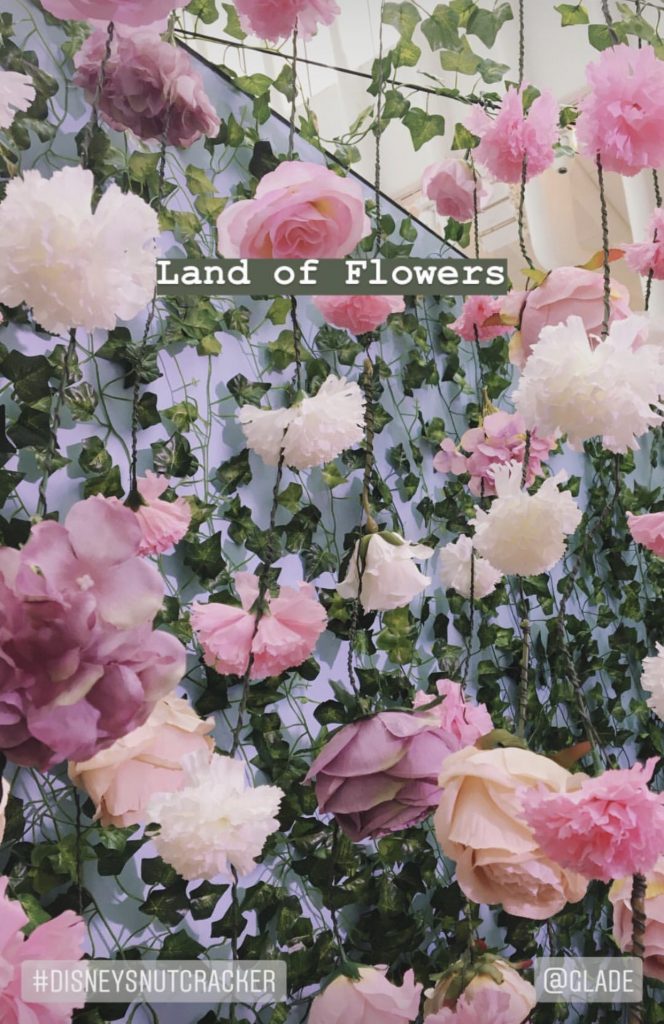 First, visitors to the exhibit were invitedto journey to the land of flowers. Live flowers adorned an immersive walk-in experience that led to a live flower wall just begging to be photographed! Stars of the film were on-hand to not only demonstrate the four realms, but also to pose for silly pictures and be photographed in front of the Instagram-worthy wall! 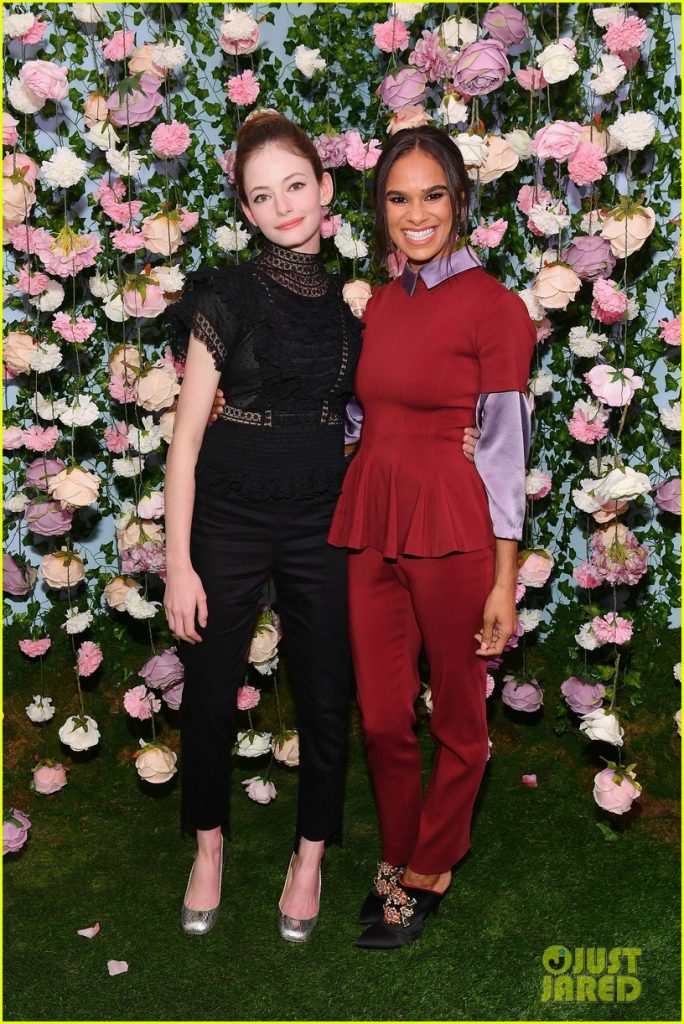 The land of snowflakes was highlighted too, and the backdrop (as shown on Disney’s Instagram account), consisted of a baby blue and white backdrop that, again, practically begs to be posted to Instagram! 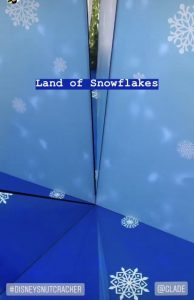 The land of sweets, though, is where the stars- and visitors- seemed to spend most of their time! Massive cotton candy clouds hung low over visitors’ heads. At first, the clear umbrella appears to be a cute prop to enhance photos, but mid-smile, guests were treated to rainbow sprinkle ‘rain’ that clearly delighted the film’s star, Mackenzie Foy. 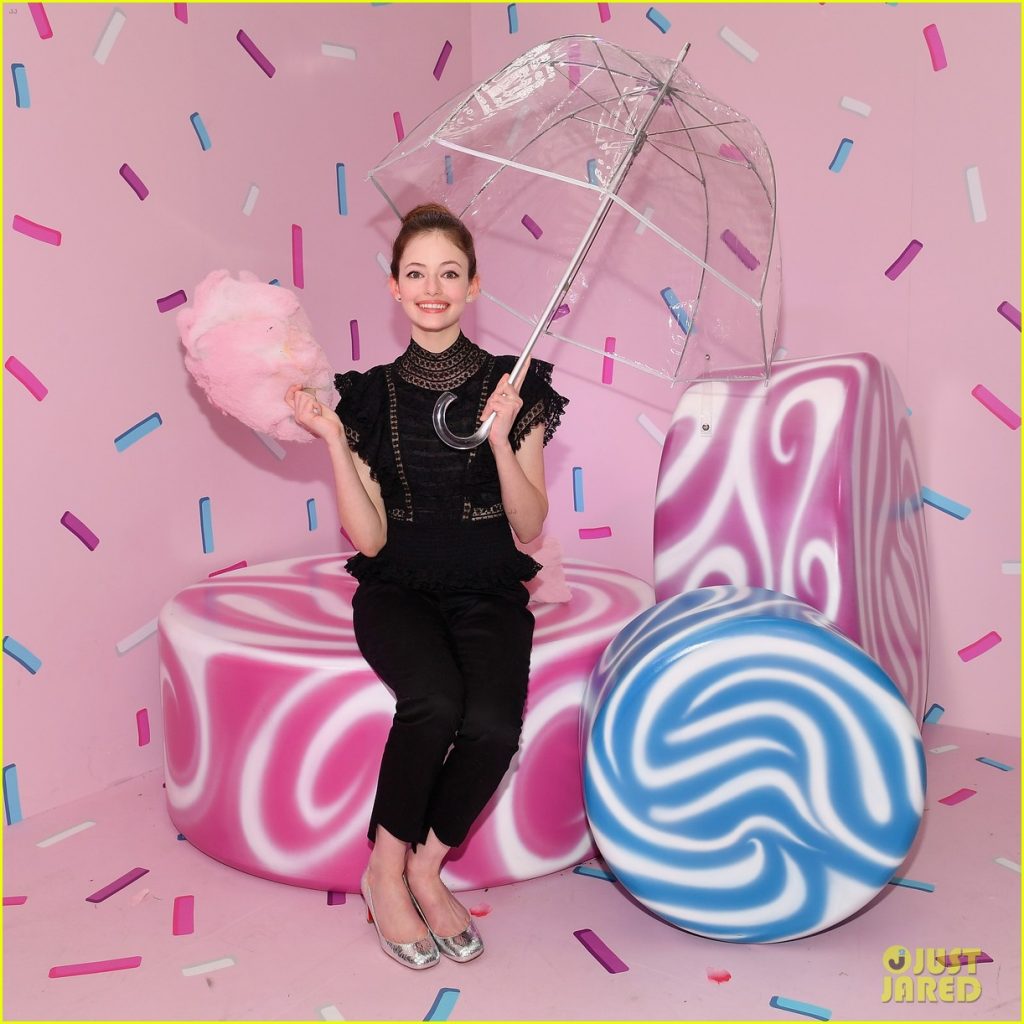 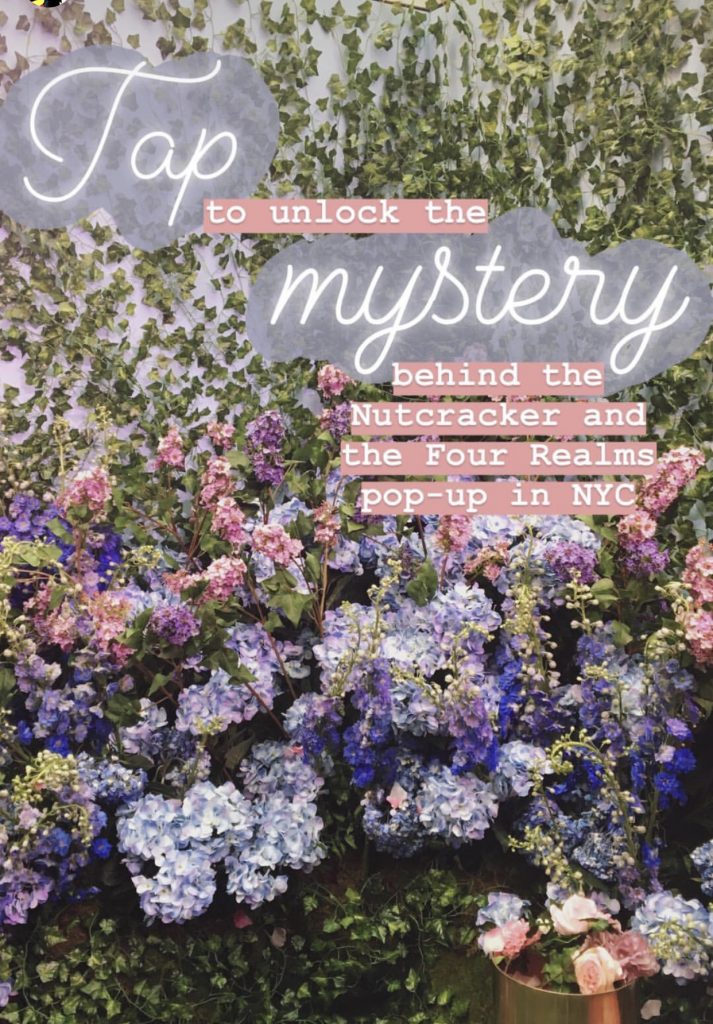 I’ve been a fan of Misty Copeland ever since she became the strongest, fiercest, most fearless New York City Ballet headliner in history, and I really can’t wait to see her pirouette her way to silver screen stardom when the film opens in theatres! 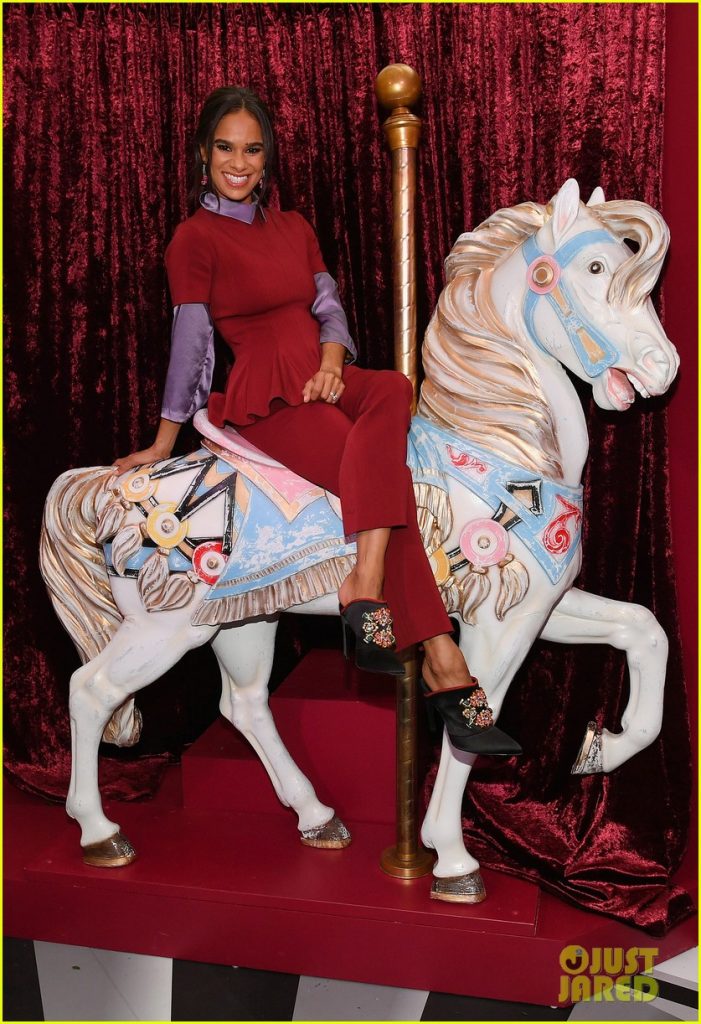 Being a New York resident herself, she clearly didn’t want to miss her chance to experience the real-life version of the film she’s starring in, and who can blame her? Posing on a ‘land of sweets’-inspired horse and smiling in the sprinkle rain, it sure looks like both Misty and Mackenzie had a blast at the exhibit! 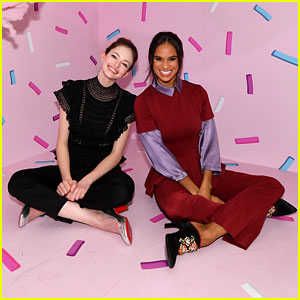