The Star Wars Rival Run Weekend will be taking place this April 2019. This year, Disney announced that it’s fourth Star Wars race weekend will be themed after the epic rivalries from the fan-favorite series.

This week, Disney announced the individual race themes for the Rival Run weekend. Each race will feature a rivalry between the dark side and the light side. 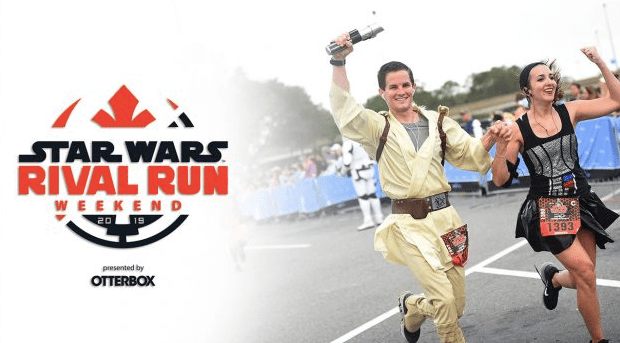 The Virtual Half Marathon

The Star Wars Virtual Half Marathon is open to runners who would like to participate in a runDisney event from home. You can run on your treadmill, through your neighborhood, or anywhere you would like to complete the 13.1 mile event. Runners have the option to break up the distance over a span of days rather than completing it at one time.

The runDisney Kessel Run Challenge is available for anyone who is looking to really “get their run on”. Participants will run in the Star Wars Rival Run Half Marathon at Walt Disney World Resort as well as the Star Wars Virtual Half Marathon from home.

Light Side vs Dark Side

Anyone registered in the 5k, 10k, Half Marathon and Challenge by January 15th can choose their side so that it may be reflected in the design of their race bib. Will you choose the light side or the dark side? 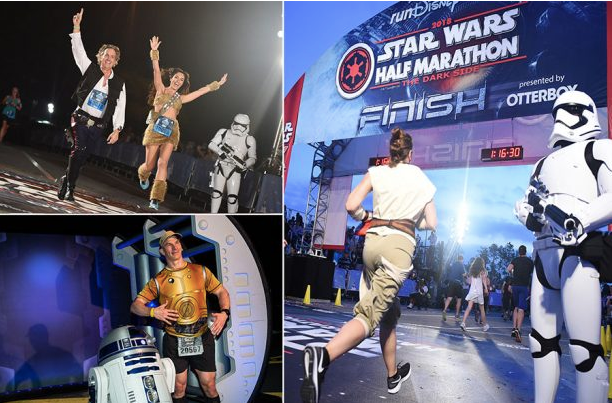 Time to sign up for the Star Wars Rival Run Weekend and book your Disney World Vacation! As a Travel Agent with MickeyTravels (a Platinum Level, Authorized Disney Vacation Planner) I offer a full range of complimentary planning services for all Disney Destinations. From reservations to FastPasses to discount monitoring, I can take all the stress out of planning your visit to any Disney Destination. Call my office at (716) 601-7710, email me at mnugent@mickeytravels.com, or follow me on Facebook to get started. Then pack your bags and leave the rest to me!