Everything You Need to Know About Memory Maker

What’s Memory Maker and why should you care? Those are two simple questions that have a lot of nuance to them. In this article, I’ll attempt to answer them by enumerating all the ways that the service can add value to your Walt Disney World vacation. Here’s everything that you need to know about Memory Maker.

Memory Maker is a paid service that The Walt Disney Company sells at Walt Disney World. For a set fee of $169-$199 plus tax, you’ll add Memory Maker access to your account. With this feature enabled, all of the pictures that Disney employees take become yours. Similarly, ride photographs and videos automatically download to your account. You get them as a part of the service.

You may not recognize the term Memory Maker but still understand the concept. That’s because Memory Maker has gone by another name over the years. When you hear the term PhotoPass, you should think of it synonymously with Memory Maker. The idea is the same. Disney even blurs the terminology on their official site and My Disney Experience. They are one and the same, albeit with different names.

You’re also likely wondering about the tiered cost of $169-$199. The pricing discrepancy for Memory Maker is simple. When you purchase in advance, you receive the discounted cost of $169. Once you’re within 72 hours of park arrival, you’ll pay the regular/full price of $199.

Stating the obvious, if you’re thinking that you should buy Memory Maker, you should do so immediately. Otherwise, you’ll pay a $30 procrastination fee. I’ve done this, and every time I had a picture taken, the thought of that wasted money flashed in my head.

You can think of Memory Maker as a bunched of photographs and social media posts waiting to happen. 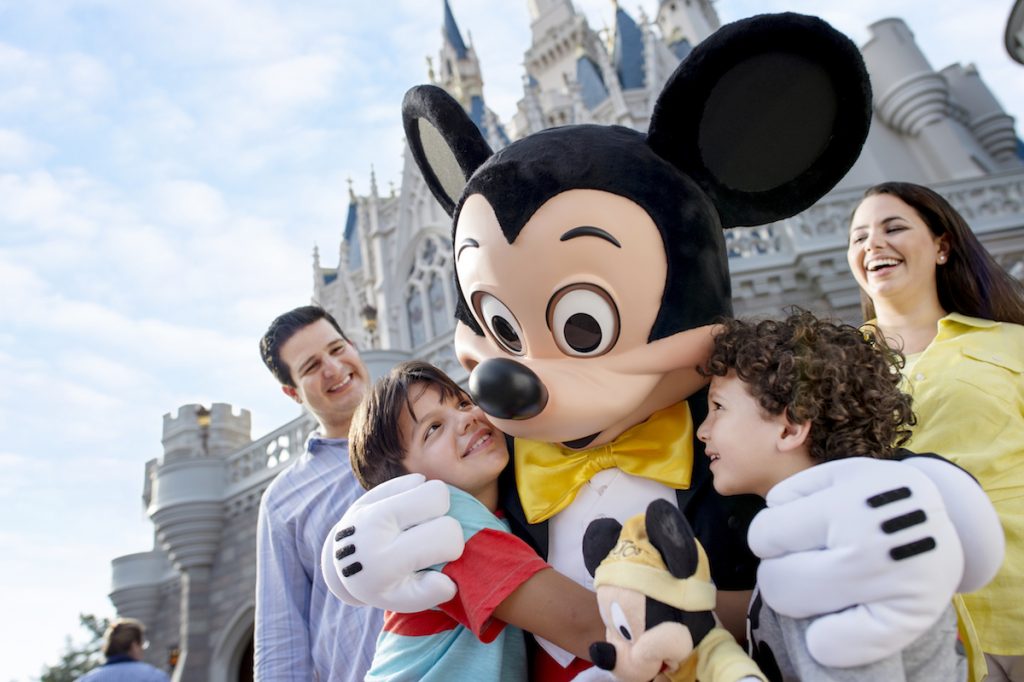 How Does Memory Maker Work?

Memory Maker works in straightforward fashion. You must set up a My Disney Experience account to have the optimal park experience these days. So, you’ve already prepped yourself for this feature.

One of the sections of the My Disney Experience website is for Memory Maker. When you navigate your browser here, you’ll get to see and download all of your photographs.

With Memory Maker, you receive:

The most important feature is the downloading. Once you take a qualifying picture at Walt Disney World, that image automatically goes into your Memory Maker account. In other words, all your precious Disney memories are stored safely. You don’t have to do anything, either. The process is automatic. 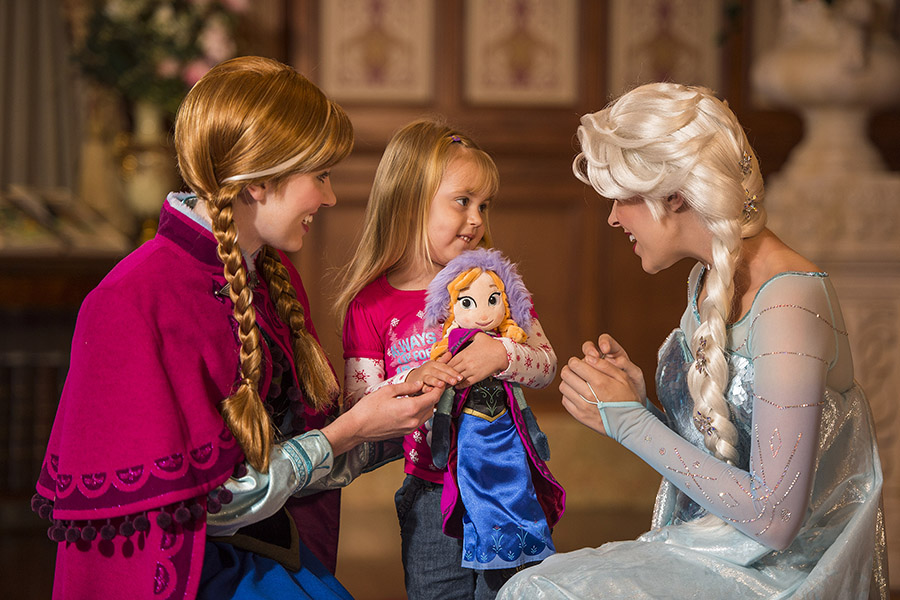 You can access and download a Memory Maker picture for 45 days after it’s taken. In some circumstances such as Annual Pass ownership, you may even extend the lifetime of your photos in the cloud.

I would say that the easiest and smartest thing to do is download the images each night while you’re on your trip or your first full day after you’re home, though. You’re unlikely to forget while you’re at the parks.

What’s amazing about the technology is its immediacy. We’ve had a picture show up in our account only minutes after a cast member took it. You can enrich your vacation experience by checking out your Memory Maker photos while you stand in line for various rides. It’s an engaging way to review what you and your loved ones have done so far during your trip. Best of all, you only need your phone to see them.

What’s the Point of Memory Maker?

I’ve already touched on some of the strongest points of Memory Maker. A Walt Disney World visit comes with a lot of photo opportunities. Some are magical moments that happen organically. You cannot plan those. You’ll need your smartphone to capture such instances.

Others are Disney-encouraged. Whenever you’re walking around the parks, you’ll see cast members carrying giant cameras. These people are professional photographers, employees that Disney has trained to take the best shots of you and your loved ones.

The cast members hang out at some of the most visually stimulating places at Walt Disney World. You’ll regularly see them at the Tree of Life, Hollywood Boulevard, and the center path of Main Street, U.S.A.

You’ll also find Disney photographers at specific locations throughout the day. You can see where they are by checking the PhotoPass section of the My Disney Experience app. Some of these settings are character meetings, wherein you’ll get your picture taken with your Disney favorites.

Others are just lovely settings that park planners have calculated will have an ideal backdrop for a photograph. Virtually all of these locales will produce unforgettable pictures that will automatically transfer to your My Disney Experience account. We have several wall frames filled with such images, which is why I’m so passionate about Memory Maker. 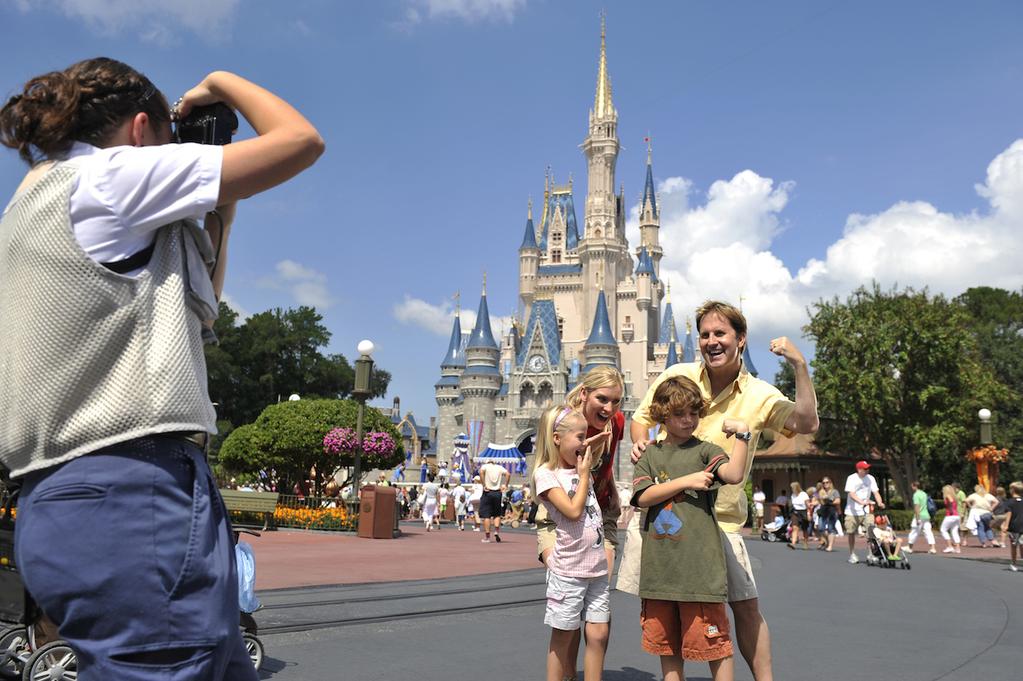 What Else Does Memory Maker Do?

The service has two other key features. One is that when you are about to get dunked at Splash Mountain, Disney automatically captures the moment with a snapshot. When you’re locked in on a target in Buzz Lightyear’s Space Ranger Spin, Memory Maker will surprise you with a photograph.

You won’t even know it happened until you exit the ride and see your Serious Game Face on the wall. That image is now in your Memory Maker, ready for you (or, more likely, a taunting loved one) to save for posterity’s sake. All of your ride photographs and videos are included as part of the service.

The other great feature is the Magic Shot. Occasionally, photographers will ask you to make a fist or point or jump in the air. Yes, these requests seem weird, but they all have a purpose. You’re being integrated into a Magic Shot! 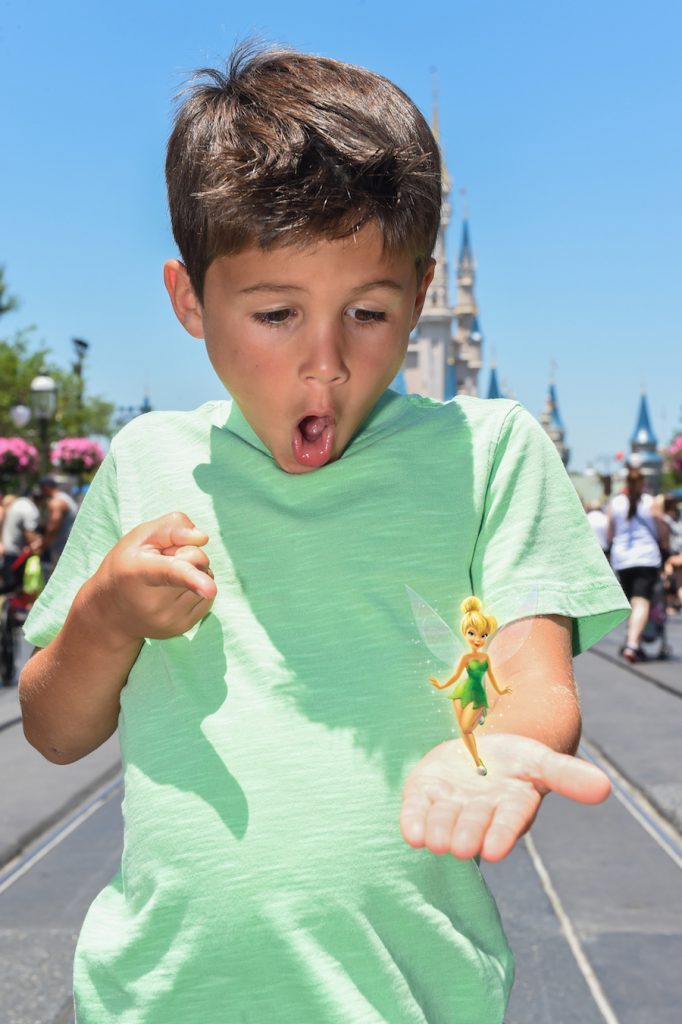 Disney can turn your still image into a video where you’re holding a Disney character’s balloons or dancing with a snowman or all kinds of other stuff. Magic Shots come and go often, and you’ll get them as a part of Memory Maker.

Is There Anything Else to Know about Memory Maker?

Memory Maker is included a feature of the Annual Pass. As I mentioned in that article, you should view it as a $169 discount off an Annual Pass, assuming that you plan to use the feature…which virtually everyone does. As such, the service might price you in on purchasing an Annual Pass rather than standard admission tickets.

Also, you don’t have to buy the $169 version of Memory Maker if you only need it for a day. Disney does sell single-day Memory Maker for $69. During a two-day trip, you’re better off buying a pair of single day usages than the $169 package. Day three is when the math flips, although your expected usage is also a factor. Something else you can do is buy the single-day Memory Maker once as a trial run. You can see whether you like the service before purchasing it for a full trip.

I should also point out that Disneyland now has its own version of Memory Maker. Called PhotoPass+, it costs $78 for a week. Alternately, you can pay $10 for a day of MaxPass, which includes this feature as part of the service. You can also add MaxPass functionality to your Annual Pass for $75. So, the Happiest Place on Earth has several relatively new options for their kind of Memory Maker. 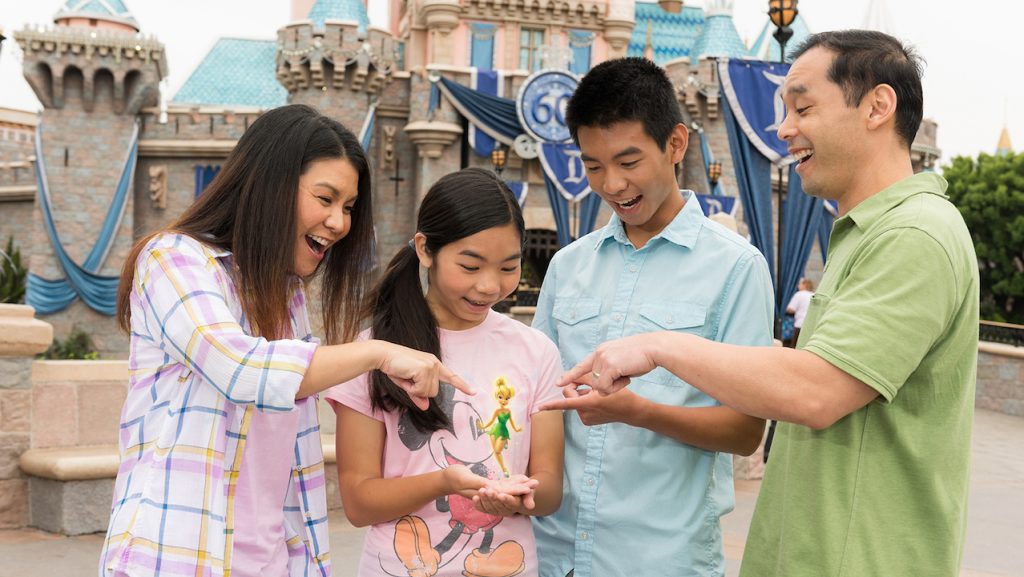 Thanks to these changes, you can grab unforgettable photos at both Disney resorts in the United States for a good price. I’m a huge proponent of Memory Maker and highly recommend it to all my friends when they travel to Disney. To a person, each of them has thanked me after the fact. That’s how great Memory Maker is!