Part of Your World – The Little Mermaid

Ariel is my favorite Disney princess, and in turn, The Little Mermaid my favorite animated Disney film. Ariel’s bravery, willingness to fight for what she wants, and full head of lush, flowing hair captured my heart from a young age. As a child, the colorfully animated undersea life and big musical numbers enraptured my attention, but as I transitioned into adulthood, I found myself constantly revisiting the film. After school, it wouldn’t be uncommon to find me watching The Little Mermaid, and to this day, my friends and family wouldn’t be surprised to find me watching the movie after work.

But what about the film keeps me interested all of these years later? I think I finally have the answer: Ariel’s voice. More specifically, the song that showcases her voice in a flawless way. In the Broadway adaptation, there is an entire musical number dedicated to our favorite mermaid’s pipes. I know I’m not the only one who loves to listen to the siren sing almost 30 years after the film’s initial release, so here is a dose of Disney Princess magic to get you through your day!

It wouldn’t be an article about Ariel’s voice without at least a passing reference to the song that made us fall in love with the teenage princess. Part of Your World was the first song written for The Little Mermaid. It was penned by the dream team of Alan Menken (music) and the late Howard Ashman (lyrics). Originally written with the intent of serving as the ‘I want’ song to further the plot of the film, Part of Your World immediately became popular with audiences. 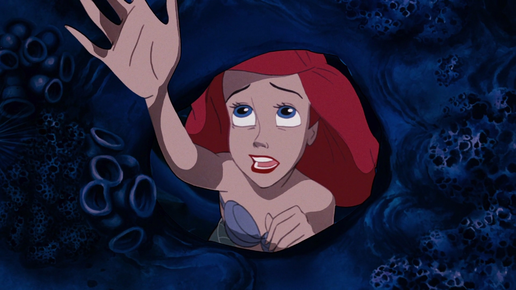 Characters and the songs they sing could very easily fall by the wayside and go unnoticed without the proper singer. Equally as important as the writing of the song is the performance, and Jodi Benson was the vocal powerhouse chosen to provide Ariel’s voice.

The song’s lasting lineage could be attributed to the painstaking work put in by both cast and creative team in the recording studio. The attention to detail, honoring the character’s intention, and paying homage to the songwriter’s vision took precident when the Disney team gathered to record the song…but why am I still talking? The recording process is definitely better seen than read about, so here is a snippet of just how much work goes into perfecting a soon-to-be hit song.

“Part of Your World” at the Parks

Although it has been almost 30 years since the film’s release, Part of Your World can still be heard daily at various spots across Walt Disney World Resort! Whenever I visit the parks, I’m eager to be part of Ariel’s world for as much of my vacation as possible. Do you feel the same? Then you’re in luck, because below is a definitive list of all the places you can go to hear Part of Your World when you visit WDW! 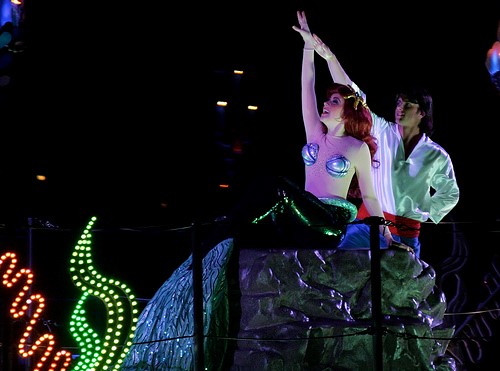 The Red Head’s Presence at Art of Animation

While you’re checking in to your room, turn your attention to the ceiling. A chandelier made of early rendering sketches from some of your favorite Disney animated films hangs impressively above the lobby. If you really look closely, you’ll see that some of these cells are signed! 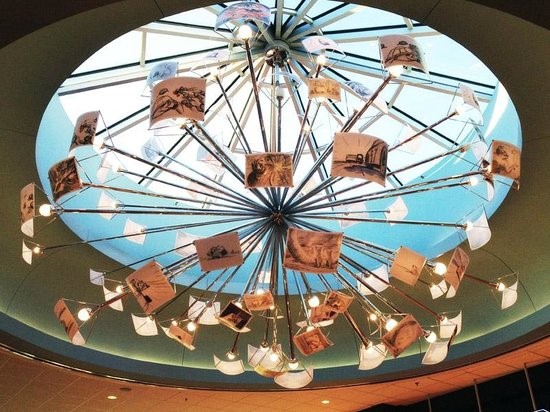 Pat Caroll, who famously voiced Ursula, signed a sketch of the Sea Witch herself. The chandelier wouldn’t be complete without Jodi Benson’s signature; see if you can spot these autographed images! Is Part of Your World your favorite Disney song? Let me know in the comments below!

Thanks for visting MickeyBlog.com! For a free quote on your next Disney vacation, fill out the form below!