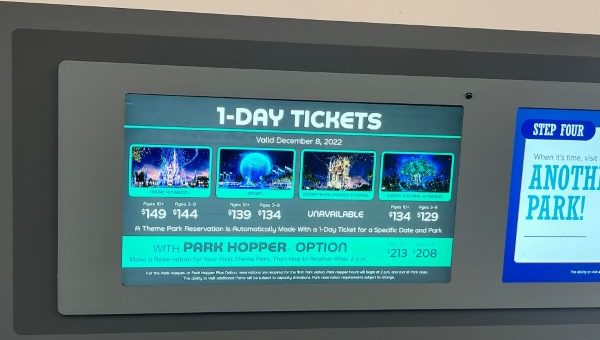 Prior to today’s change, there has been dynamic dated based pricing for Walt Disney World tickets.  You can see on the calendar below that your first step in purchasing a ticket gives you a calendar with the ticket prices through the month.  Expectedly, the cost is the highest in the week around Christmas. 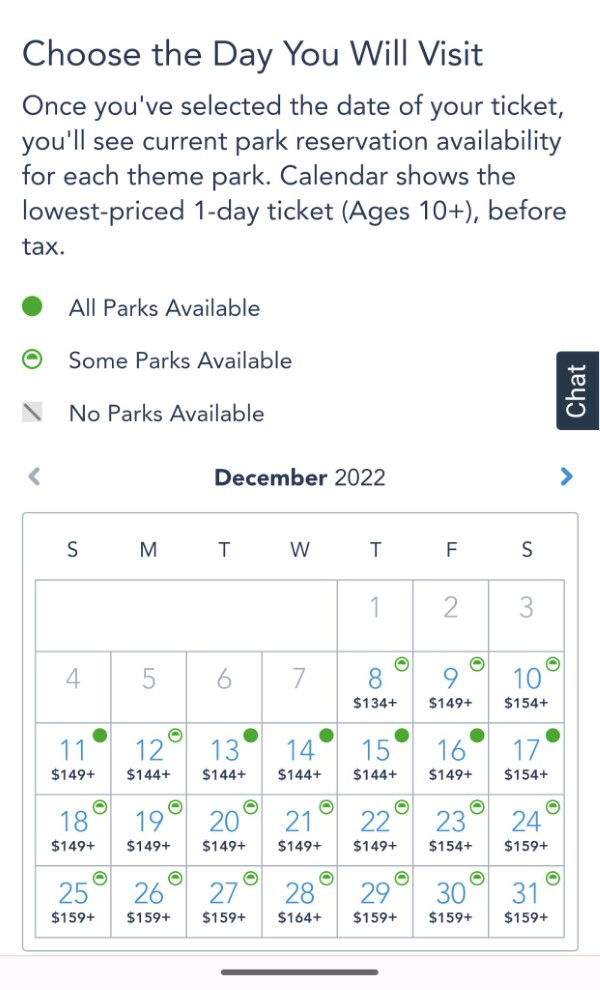 Once you select your date, the time comes to see your “park specific pricing.”  It isn’t surprising that this has in almost all cases translated to “increased price.”  As expected, tickets to Magic Kingdom and Hollywood Studios are the highest, with Animal Kingdom pricing remaining in the same range as previously. 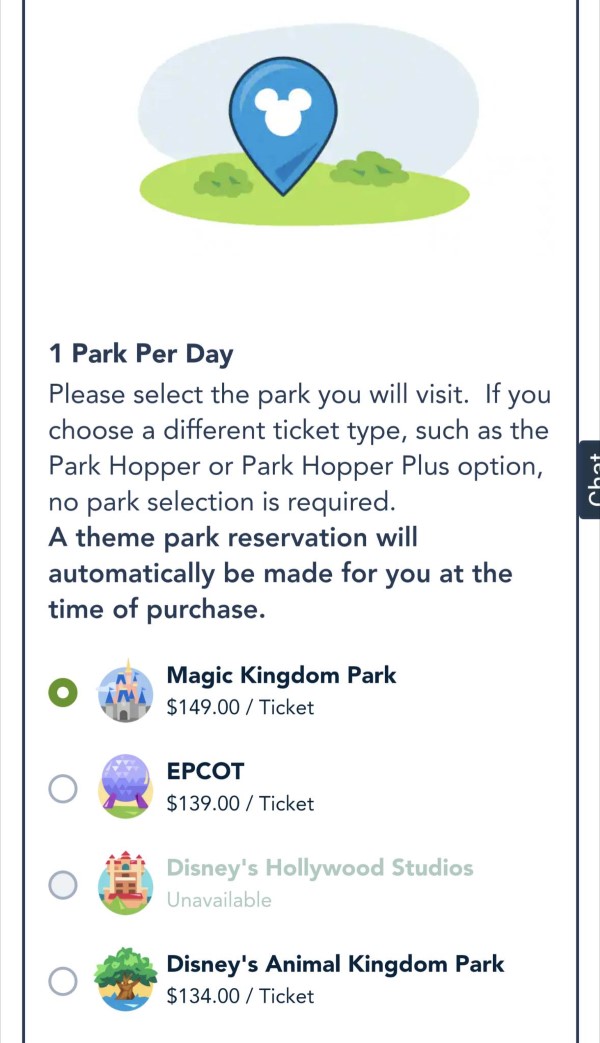 Based on our research, tickets now go from the low of $109 all the way to $189, with the highest cost being Magic Kingdom around Christmas day.  The full ranges are:

And now for the good news!  Effective immediately, when a guest purchases a One Day One Park ticket, it automatically makes your theme park reservation for that park on that specific day!  In fact, the system will not even allow you to purchase a ticket for a park without reservations available!  For example, on December 28, the only park available is EPCOT. 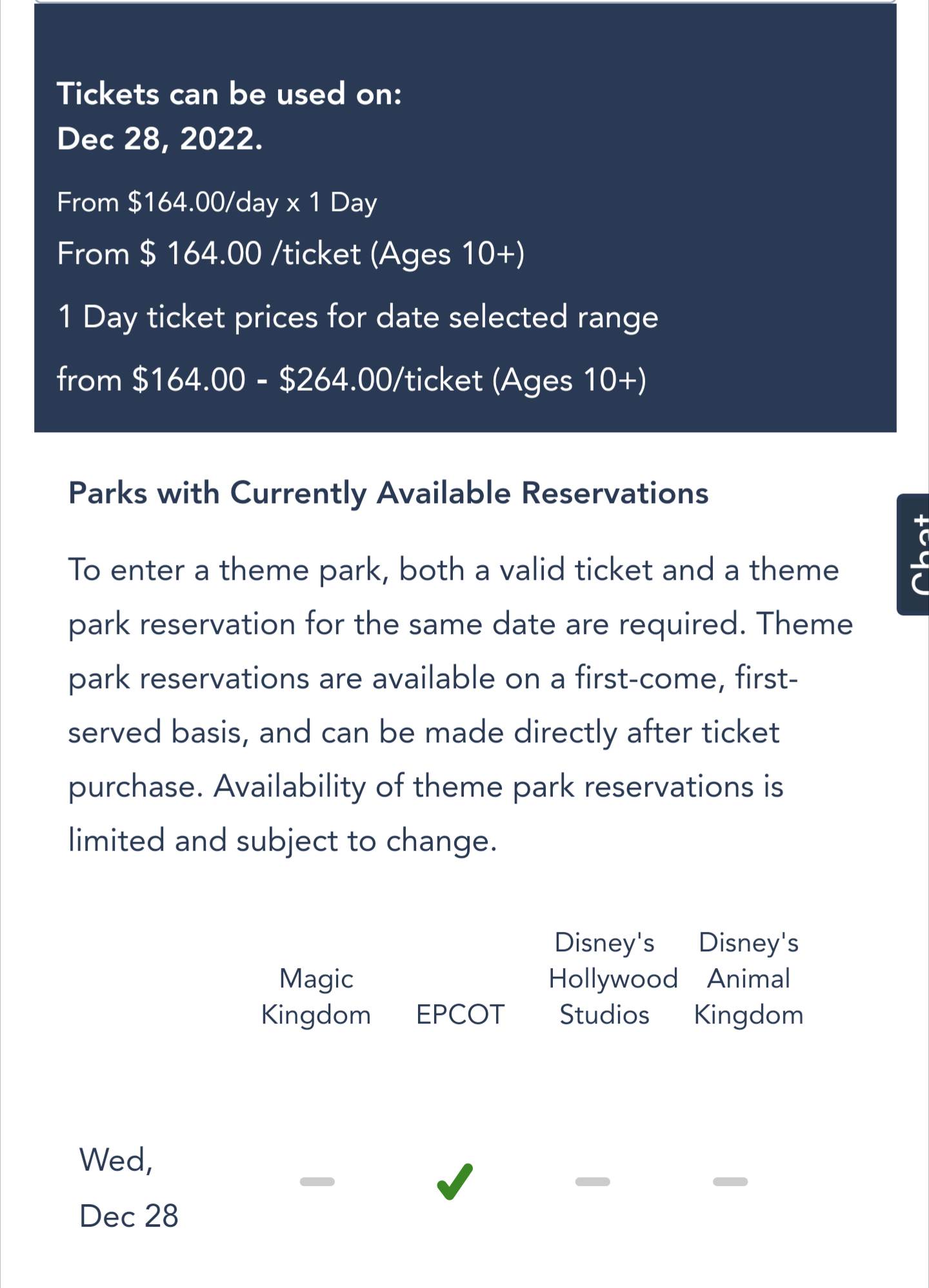 Not only does it clearly state that is all that is available, it will not even show pricing or allow you to purchase any other park! 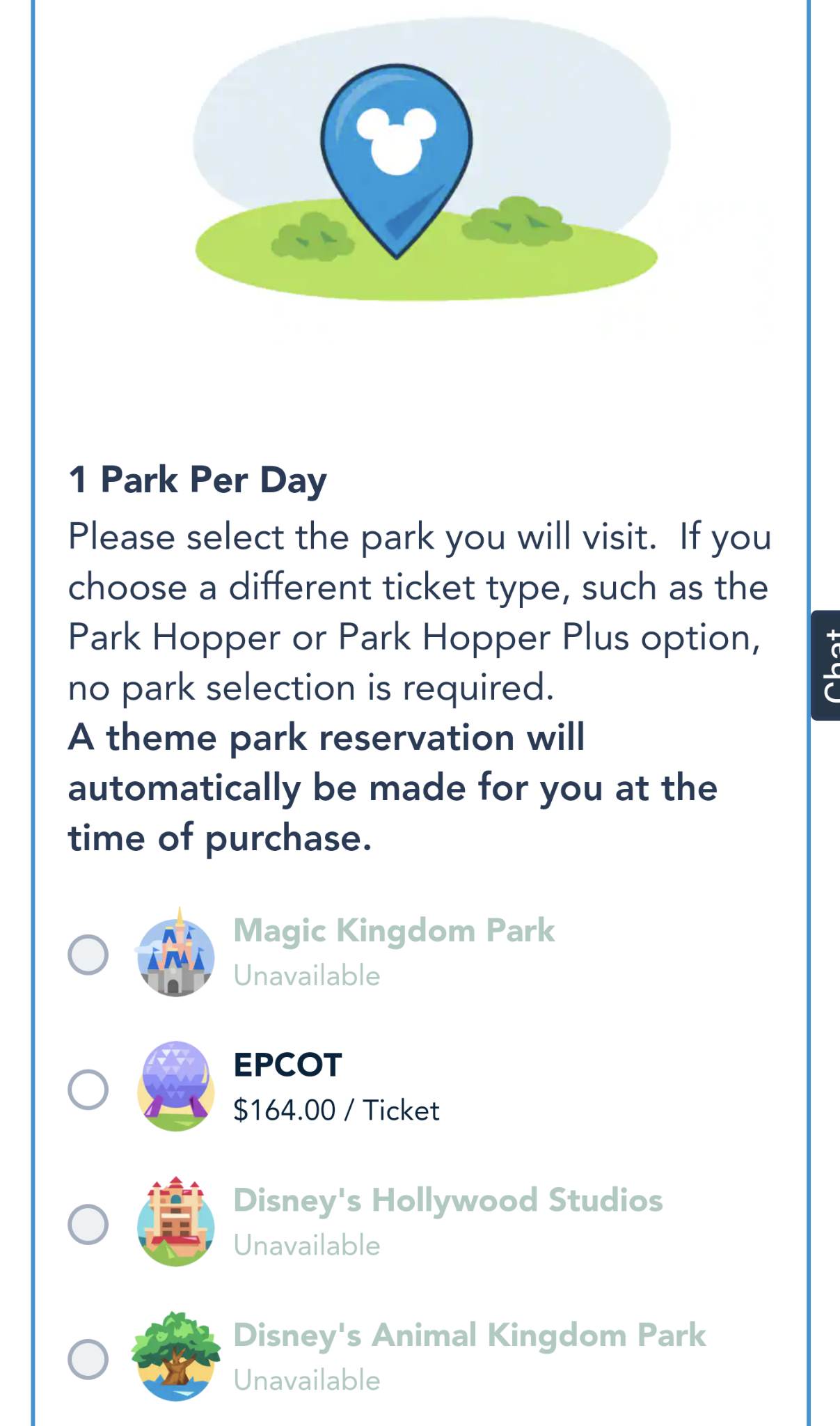 While many are eager to see the Park Pass Reservation system disappear, as long as it is part of your Disney days, this change decreases confusion and makes for a more streamlined experience, as least as far as one day passes are concerned! 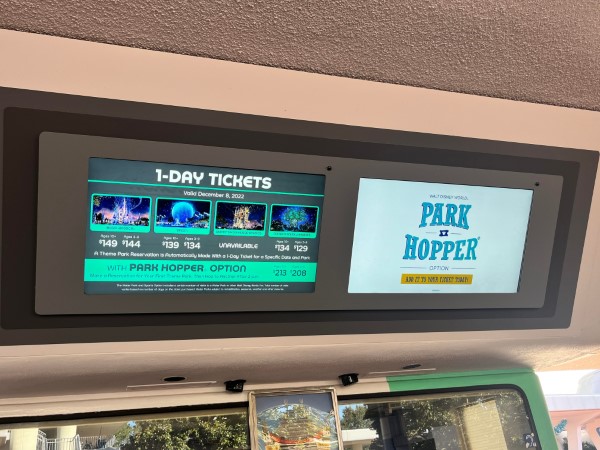 Would you like to know the best way to get the most bang for your buck on your Walt Disney World Vacation?  As an agent with MickeyTravels, I’m here to help you with everything you need to make your Disney Vacation Magical- including finding the perfect vacation package, discounts, rate monitoring, and more! Best of all my services are absolutely FREE.  Get in touch via email at AbbyRY@MickeyTravels.com or follow along on Facebook.