We’re ending this rather dismal day with a feel good story that is sure to make you smile.  A new documentary is coming out on October 7th that celebrates a truly inspiring Disney cast member who spent four decades entertaining guests at the theme parks before taking his inspiring work cross-country  You won’t want to miss- Billy Flanigan: The Happiest Man on Earth.  .

The documentary, directed by Cullen Douglas will be On Demand starting on October 7th. You can check out the trailer below:

As  you can see from the trailer, Flanigan has been a performer at Disney since the 80s.  When the Disney parks shut down due to COVID-19, Billy embarked on a 7,000 mile cross-country bike ride to deliver musical performances (or what he called Flanigrams) to those in quarantine.  He did so simply to brighten peoples’ days!

The film also delves into Billy’s history of coming to terms with his homosexuality after years as the patriarch of a heteronormative family, his determination to stay positive and the joy that he brings to others. 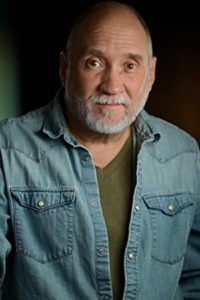 Cullen Douglas previously directed four short films and wrote the screenplay for Letters to God.  He’s also an actor who’s recent credits include Station 19, I Love That For You, American Crime Story and Twin Peaks. The documentary is produced by Randy Goodwin.

Billy Flanigan: Happiest Man on Earth will be available on-demand via Amazon, Apple TV/iTunes, VUDU, and Google Play and is available for digital preorder on Apple TV and on DVD at Amazon.