Five years ago, Disney announced that Tron Lightcycle/Run would be coming to the Magic Kingdom to an epic amount of excitement at the 2017 D23 Expo. Today Josh D’Amaro, Chairman, Disney Parks, Experiences and Products, finally announced an opening timeline for the exhilirating thrill ride: SPRING 2023! 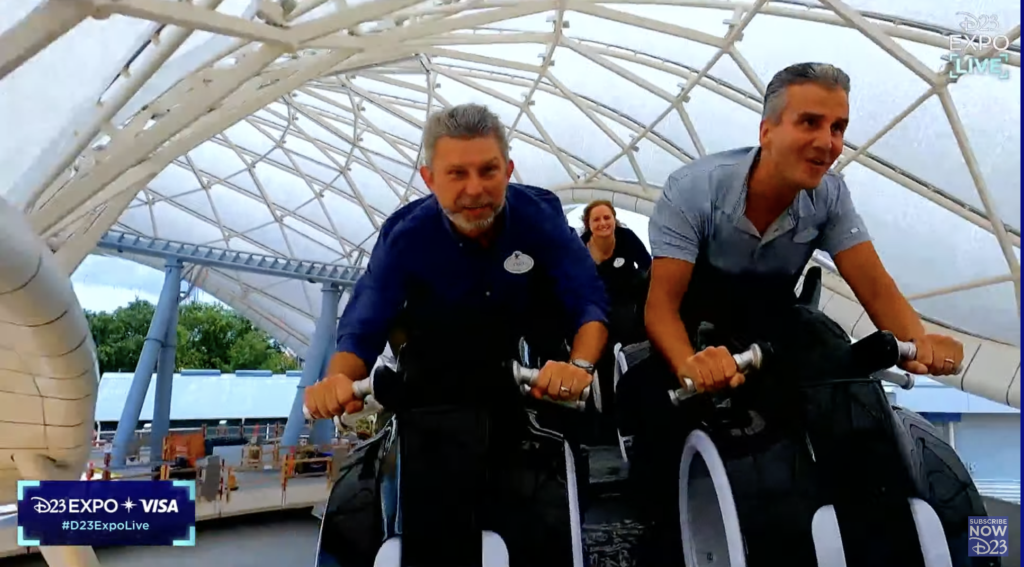 Originally rumored to open as part of the Walt Disney World Resort’s 50th anniversay celebration, the date will fall within the 18-month-long festivities that began on Oct. 1, 2021. D’Amaro also shared a video of his test ride a while back. 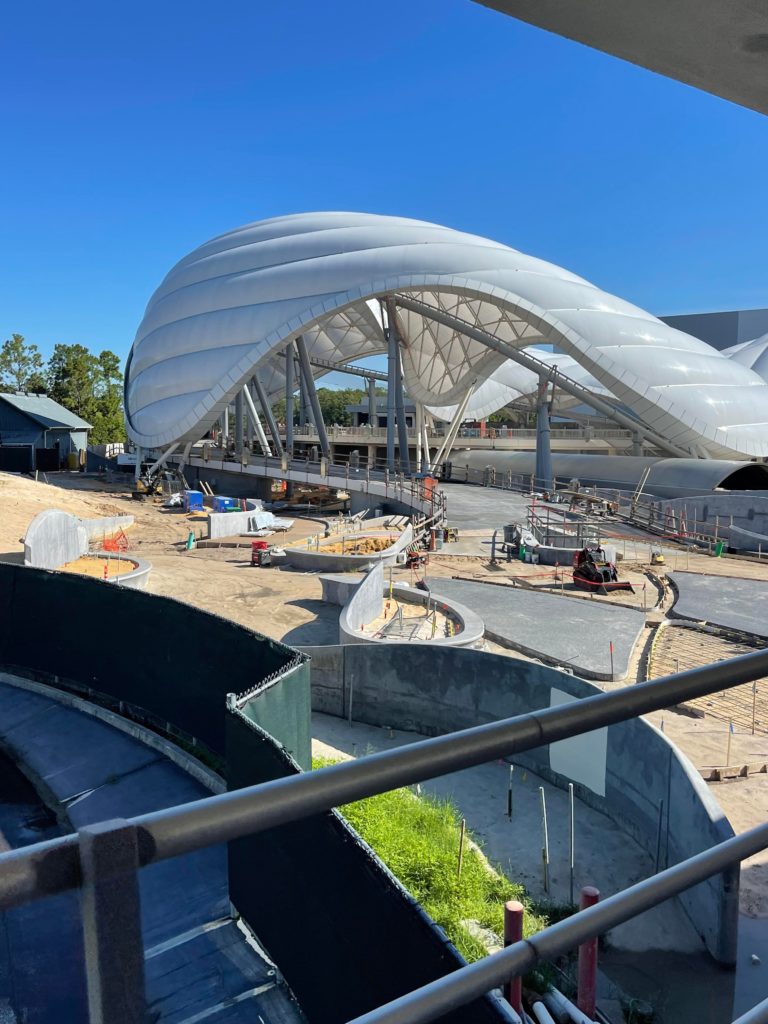 Throughout the extensive four-year construction project, MickeyBloggers Greg, Elyssa, Jared and Angel have taken hundreds of rides on the Tomorrowland Transit Authority PeopleMover to share a glimpse of the project as it progresses toward completion. 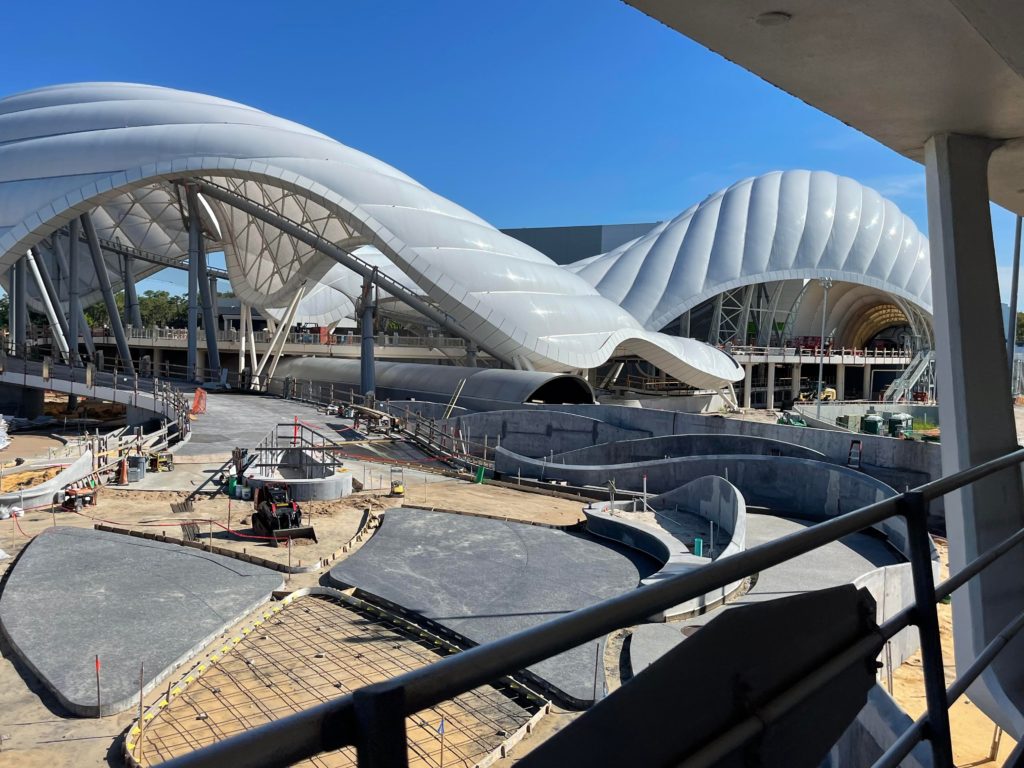 With test runs sighted often, the opening date brings such a stellar feeling of anticipation now. For thousands, the chance to ride the high-speed race through the Grid will officially become a reality! 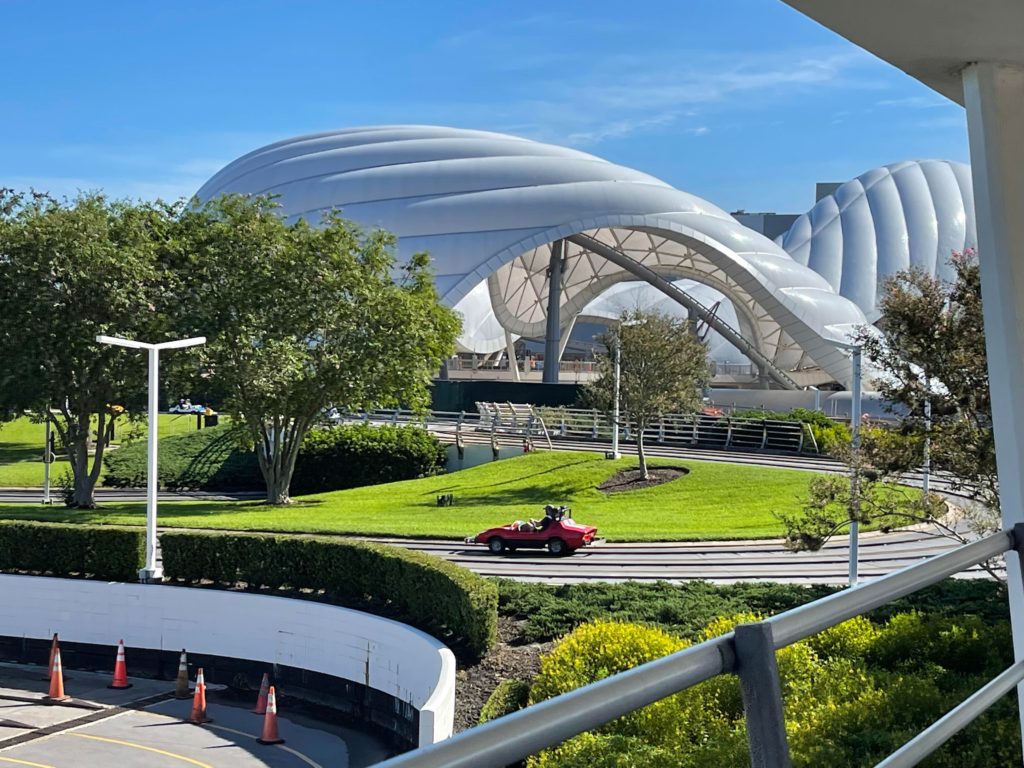 Over the past few months, Walt Disney Imagineering shared a number of key milestones that let us know that the opening date for Tron Lightcycle/Run was on the horizon. Aside from the first test runs, the illumination of the futuristic canopy that serves as the Upload Conduit to the Grid really stands out as a key step toward completion. 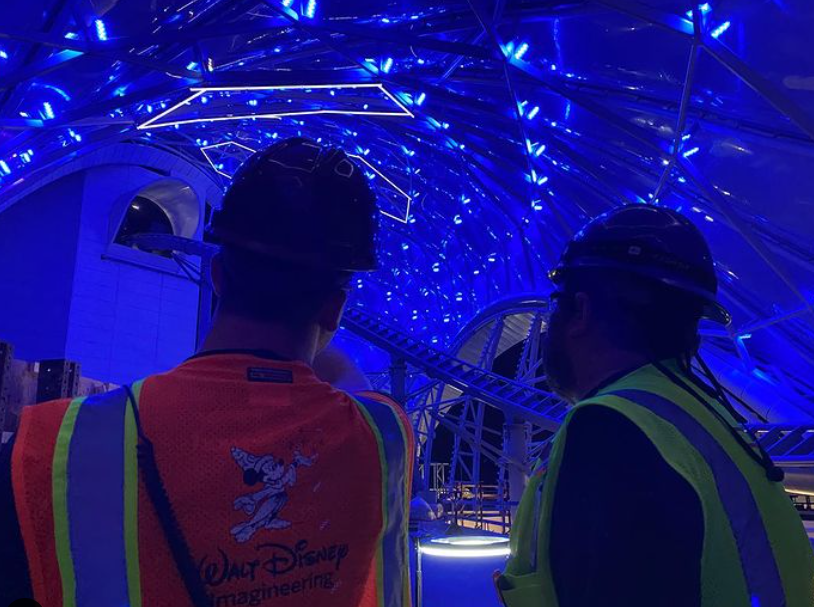 Not only does the wave-like structure serve as a visual focal point now for all of Tomorrowland, it also represents the start of the exhilirating Lightcycle race that serves as the attraction’s central storyline. 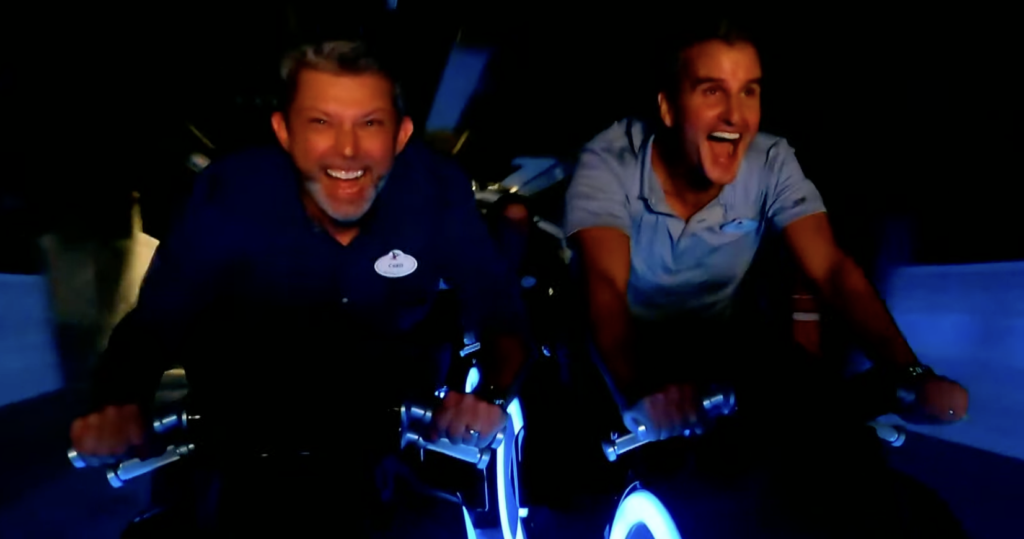 Of course, the MickeyBlog team will continue to bring the latest construction updates and news on Tron Lightcycle Power/Run as that opening date inches closer.