Which Moderate Disney Resort Is Best for You?

Walt Disney World offers something for everyone, and that statement applies to its resorts as well.

Guests can spend as much or as little money as they want to stay at Disney hotels.

Some travelers stretch their vacation budgets by staying at the various All-Star Resorts, all of which I highly recommend.

Other tourists happily splash some cash to stay at Deluxe Disney resorts. Then, there’s everyone else.

We prefer a middle-tier property that’s luxurious but not pricey.

These are the Moderate Tier resorts at Walt Disney World, and I can help you decide which one is best for you! 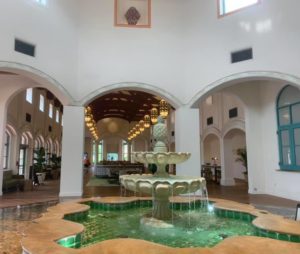 Pros and Cons of Caribbean Beach

Disney owns and operates four Moderate Tier properties at Walt Disney World. You legitimately cannot go wrong with any of them.

Still, some of them feature better amenities than others. So it’s important to evaluate each one to understand what you’re getting. 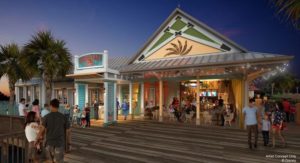 For example, Disney’s Caribbean Beach Resort only recently added what is probably the best overall amenity in the Moderate Tier.

A few months before the pandemic, the Disney Skyliner debuted. This gondola system carries guests into the skies above Walt Disney World. 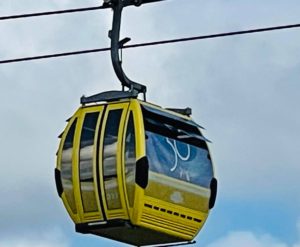 The three-dimensional nature of this new form of transportation solves the lingering gridlock problem on the streets of Orlando.

You no longer need to wait for a mercurial bus to arrive. Instead, you board the Skyliner and know you’ll arrive at your destination in a few minutes. 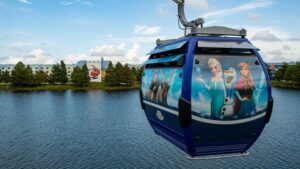 Disney loves the Skyliner system so much that it built an entirely new Deluxe hotel here, Disney’s Riviera Resort.

However, the “central terminus,” aka the main station for the Skyliner, resides at Caribbean Beach. 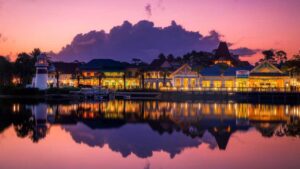 So, when you stay here, you can hop on the Skyliner and arrive at the entrance gate for either Disney’s Hollywood Studios or EPCOT within 5-10 minutes.

Obviously, that’s a massive pro…but not the only one! The Centertown Market area functions as the hotel hub.

So, you can visit here and find plenty of food and shopping options. It’s a one-stop shop for vacationers, something you’ll appreciate. 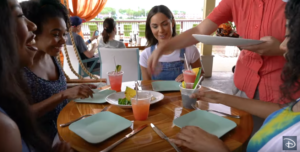 Pros and Cons of Coronado Springs

Coronado Springs didn’t receive a Disney Skyliner station (yet?), but that’s an amenity. What this hotel gained instead is arguably even better. 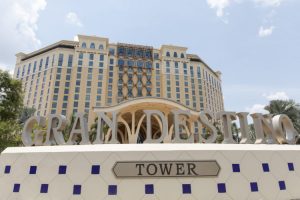 Disney constructed an entirely new tower hotel here…smack dab in the middle of the other hotel buildings!

This new facility, Gran Destino Tower, is a luxury facility that frankly should slot into the Deluxe Disney resort category instead. 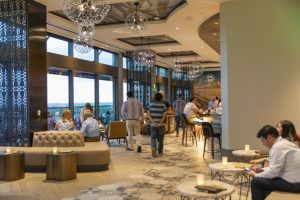 Thankfully, Disney has kept the new structure as part of Coronado Springs, which means you’re getting Moderate Tier pricing when you stay here!

Here’s the building, which you can tell from the video is opulent, especially by Disney standards:

This room is where LeBron James stayed during the NBA’s pandemic bubble season! Most NBA players holed up at this facility, which speaks volumes about its quality.

Also, I’d be remiss if I failed to mention the Dig Site Pool at Coronado springs. It’s glorious:

Alas, Coronado Springs comes with a substantial negative. This place is massive. You won’t always stay at Gran Destino Tower, either.

So, you may find your room on the outskirts of the Coronado Springs campus. Unfortunately, when that happens, you’ll have to wait a long time for buses. 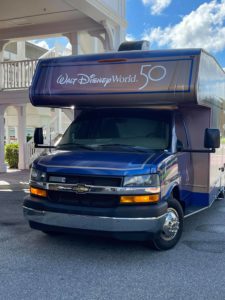 Specifically, the buses make several internal stops here. Therefore, even after you have gotten onboard, you will still wait several minutes for the bus to make its other stops.

Every Disney fan develops a favorite Moderate Tier resort over the years. This one has become mine. 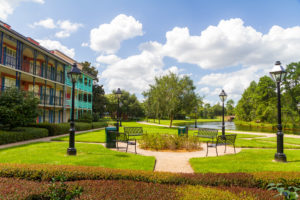 In fact, I recently set up some vacation plans for Halloween Week. My choices were Disney’s Contemporary Resort and…Disney’s Port Orleans – French Quarter.

I -almost- lost a 1-1 vote to my wife, who really wanted to stay at French Quarter. We haven’t done so since 2019, which is an eternity for us. 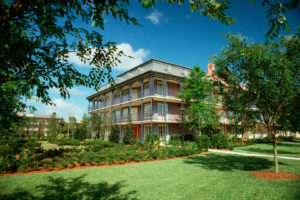 However, we’re also spending most of our time at Magic Kingdom. So, convenience won out in the end.

Obviously, we’re passionate about French Quarter, though. So what do we love about it?

The size and scale stand out as the prevailing cons of all Moderate Tier resorts. Disney has designed them for thousands of guests to stay here.

In the case of the former Dixie Landings Resort, Disney split one massive property into two “smaller” hotels. However, one of them is still gigantic.

For whatever reason, French Quarter doesn’t feel that way, though. Instead, it’s a secluded series of hotel buildings nestled by the river.

You can take relaxing boat rides to and from Disney Springs. Conversely, you can hang out at the hotel, eat beignets, and visit the Doubloon Lagoon. 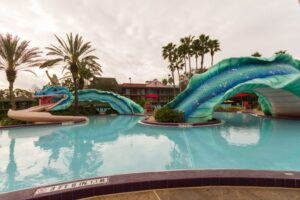 This pool features a unique sea serpent slide that’s more than 50 feet long. You can find it by following the raucous laughter of thrilled children.

The food and fun at French Quarter elevate it. In fact, the only downside I’ve found here is that it’s a bit too isolated in a way. 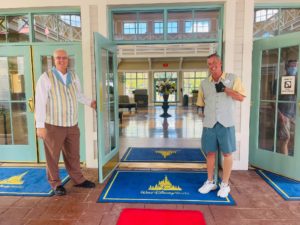 You will require more time on Disney transportation when you stay here. Still, we’re only talking about a fractional complaint in the greater scheme.

When in doubt, trust me and do what I do. Pick French Quarter!

Not everyone agrees with me on this point. Disney’s Port Orleans – Port Orleans comes with its supporters as well.

These folks love the decidedly bayou nature of the resort and its unique amenities. 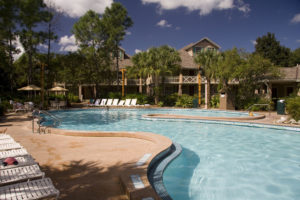 For example, Imagineers have themed Boatwright’s Dining Hall as a shipbuilding facility, complete with an incomplete boat skeleton hanging from the ceiling!

You’ll find Jambalaya and other Louisiana cooking staples here, too. However, this place isn’t the favorite of many Riverside loyalists. 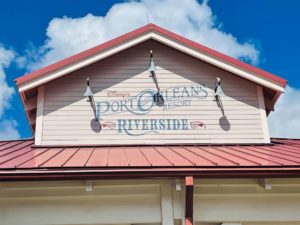 That honor belongs to River Roost, a bar and lounge that serves guests appetizers and drinks while they wait for the shows.

What’s the show? Entertainer Yehaa Bob Jackson plays piano and sings Disney classics. Here’s a clip of his triumphant return after the pandemic:

This may seem like a small thing, as you might not even catch one of the shows when you stay here.

Still, Yehaa Bob embodies the greatness of Port Orleans Riverside, a homey place that plays up the fun of pirate territory tourism. 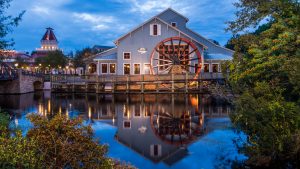 You’ll love your time spent at this resort. However, the size of it may overwhelm you. The hotel includes 2,048 rooms, a massive total.

So, you should expect everything to take a bit longer when you stay here. But you’ll be on Louisiana Time. You may not even notice! Which moderate Disney resort is best for you?!