To Infinity and the Purple Carpet, Disney Cast Members Celebrate the World Premiere of Disney and Pixar’s ‘Lightyear’

Some very lucky Cast Members from the Disneyland Resort that work the attraction Buzz Lightyear Astro Blasters got to walk to the ‘purple’ carpet for the world premiere of Disney and Pixar’s “Lightyear.” 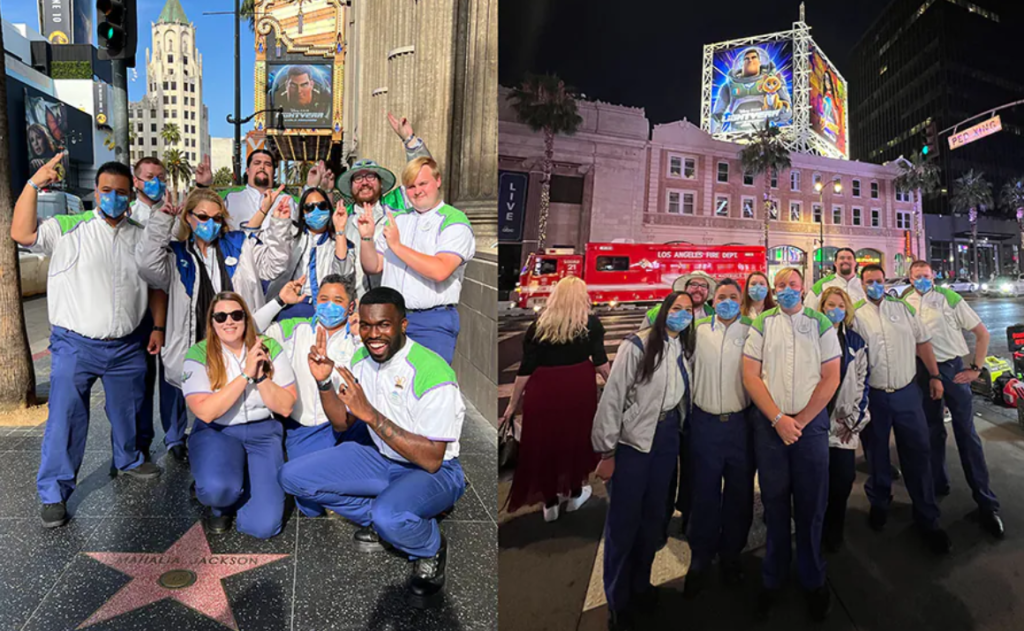 The space rangers were greeted with an out-of-the-world applause on the purple carpet. Attractions host Justin shared, “It was amazing walking on the purple carpet and everyone recognizing us for who we were – as we were representing Disneyland cast members. They knew exactly what we were here for, and it was so nice to be able to represent that.” The crew described their feelings of being there as “electric,” “ecstatic,” and “thrilled”. 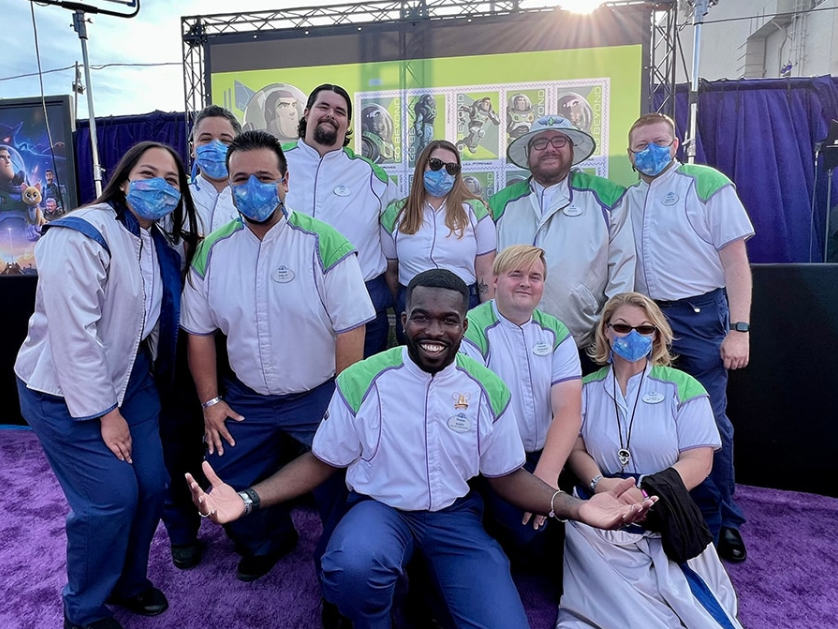 After walking the carpet, they were off to the screening. After, Kenny shared how proud he was to be a space ranger, adding:  “It was an honor seeing Disney and Pixar’s ‘Lightyear’ amongst all the people who made this movie; it was beyond my dreams!”

As the evening came to a close, the Cast Members were to head back home but they weren’t the only cast members to be celebrating the new theatrical release.

“I haven’t had a show yet where no one has clapped. Everyone has positive reactions and some guests have even asked to see it multiple times in a row,” John, a cast member of nearly 40 years, shared. 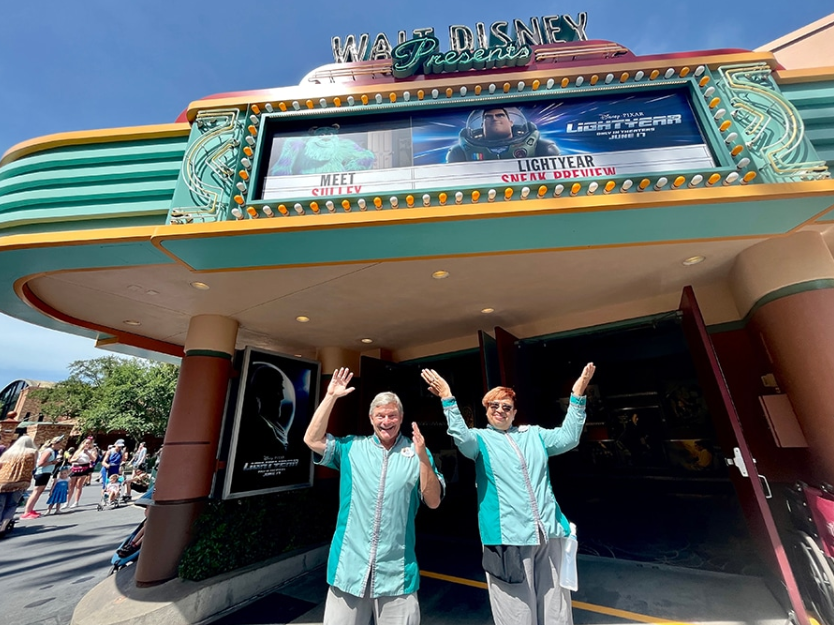 “Buzz’s character relates to certain aspects of my life,” John shared. “We all have those moments where we feel like giving up, but we need that reminder and confidence to not give up. I say, ‘What can I do to make this right?’ That persistence shows overtime.”

Auntie Gravity’s Galactic Goodies at Magic Kingdom Park will offer a limited-time Lightyear-inspired treat to stay cool while defending the galaxy. The cast there can’t wait to serve up the Zurg Freeze, which is a black currant slushy, topped with strawberry DOLE Whip and showered with boba pearl “blaster balls.”

“We’re all used to swirling ice cream, so DOLE Whip is going to be fun to swirl, too,” said food and beverage cast member Gino. “It’s going to be great having the Zurg Freeze to bring the story to what we serve!” 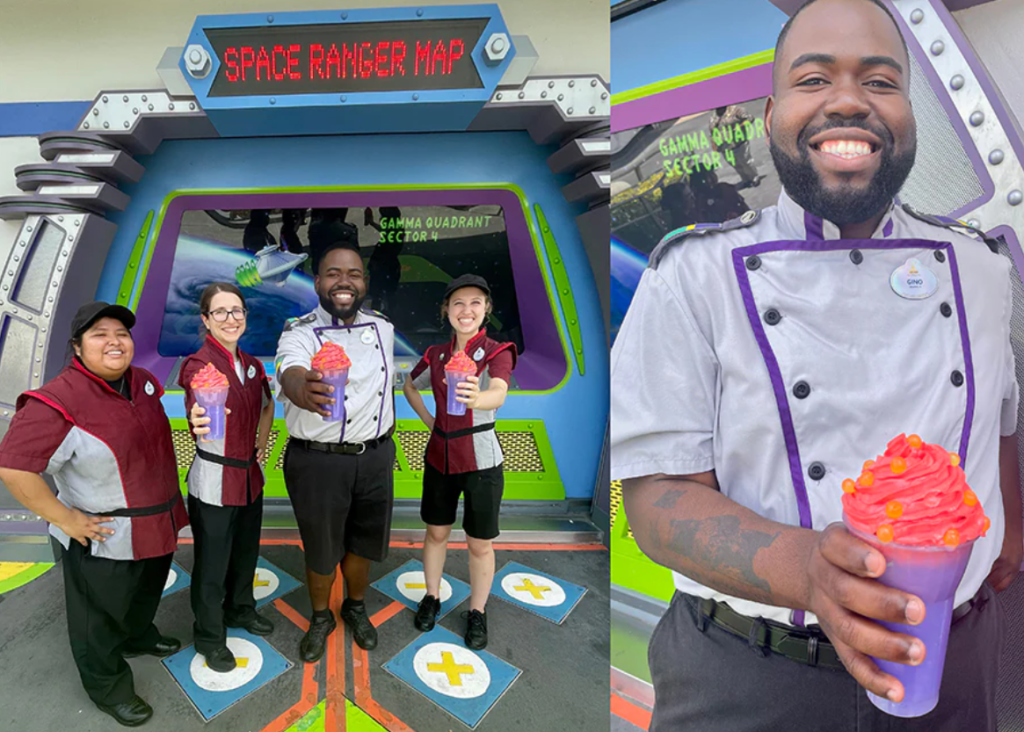 “I’m excited to see [the film]. Who doesn’t love a great origin story? It’ll be great to see why Andy wanted a Buzz Lightyear so much,” recalled Danielle, while Zoe mentioned that “Buzz is a hero. He brings out the best in all of us. He wants to save the galaxy like we all do. We’re all space rangers now!”

Are you excited to see “Lightyear” when it blasts into theaters today? Let us know in the comments!