The “Book of Boba Fett” may have ended its run on Disney+, but it lives on in a new limited edition MagicBand spotted yesterday. In fact, two new Star Wars-themed bands hit the shelves recently at The Darkroom, a merchandise location on Hollywood Boulevard at Disney’s Hollywood Studios. The other pays tribute to two of our favorite Batuu beverages: Blue and Green Milk. 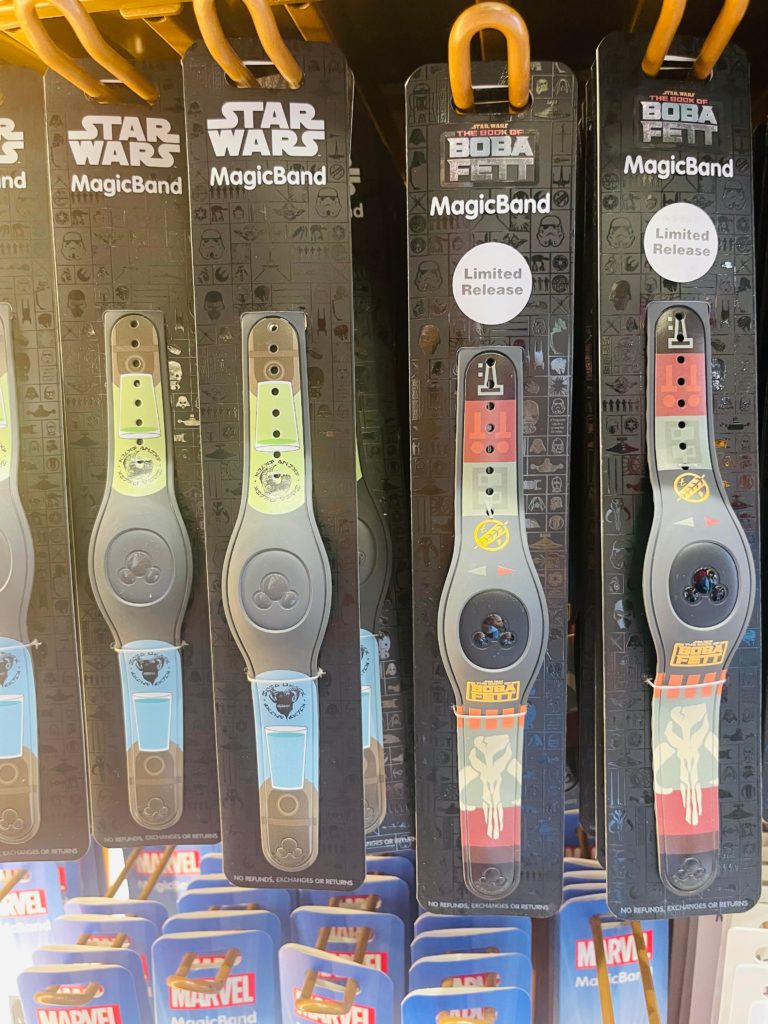 The Boba Fett band boldy uses a Mythosaur, a creature from the Outer Rim of Mandalore. The Fett clan sigil pops in the same golden yellow used in the show’s logo. Grays, browns and reds complete the band, using many of the colors now often associated with the bounty hunter and daimyo of Tatooine. 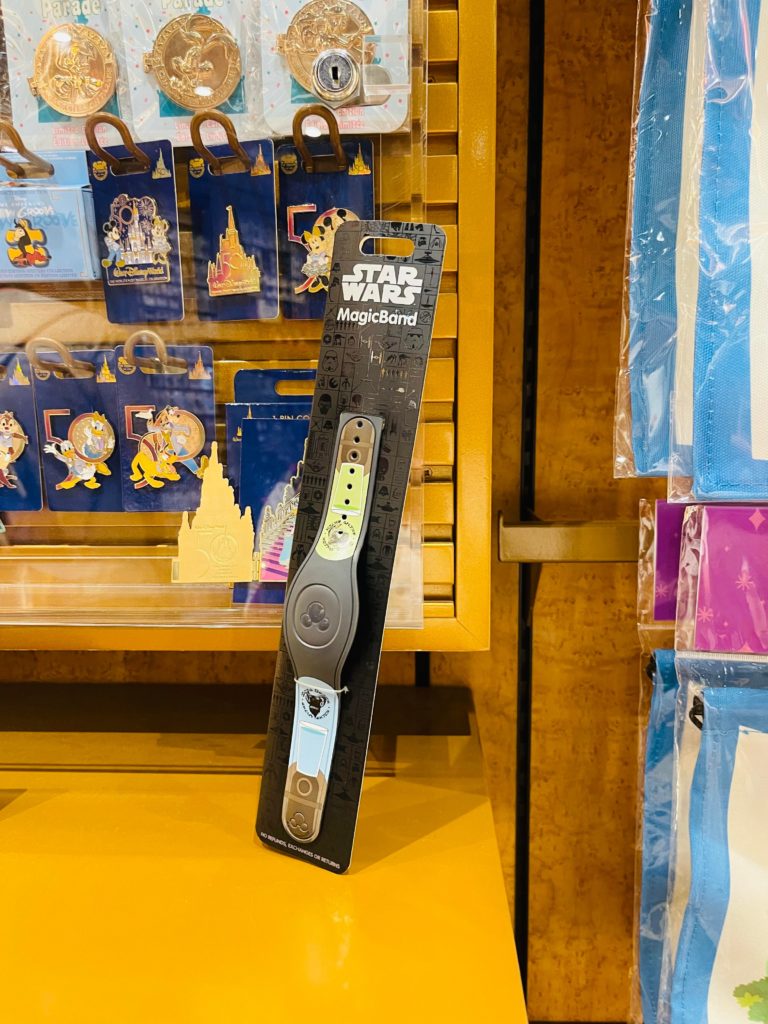 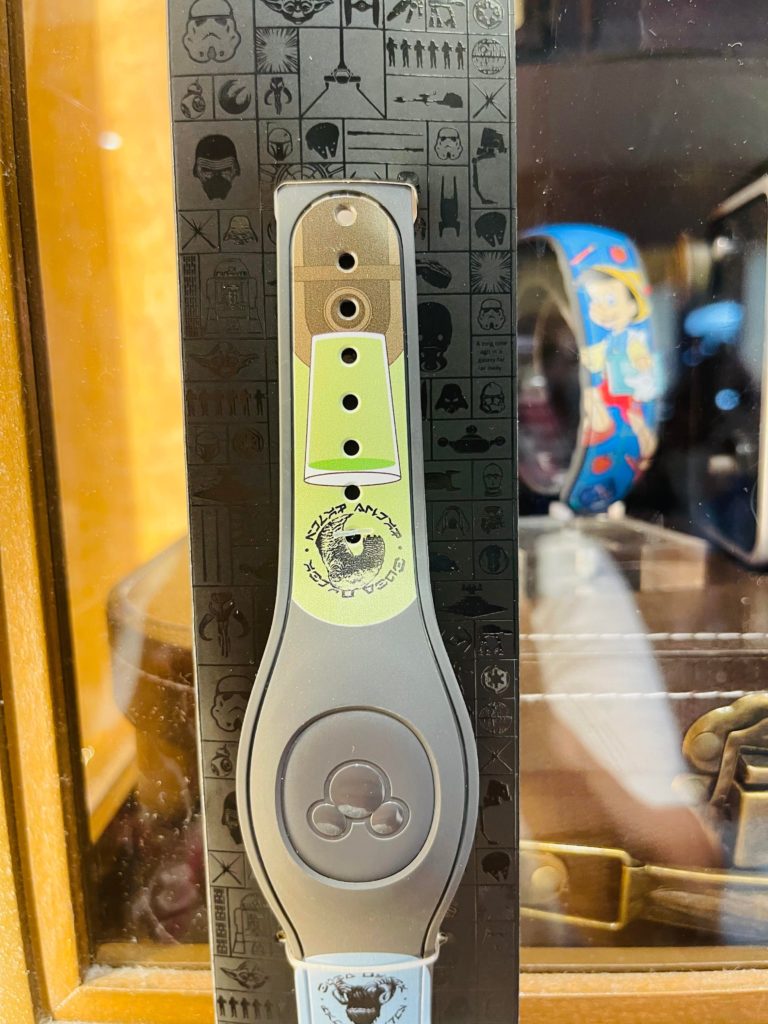 Again using Aurebesh, the Green Milk side offers a nod to the more tropical option of the two beverages. Green Milk didn’t appear until “The Last Jedi” when it was introduced on the planet Ahch-to. Now, it’s imported to the Bubo Wamba Family Farms on the planet Batuu to be sold at Black Spire Outpost’s Milk Stand. 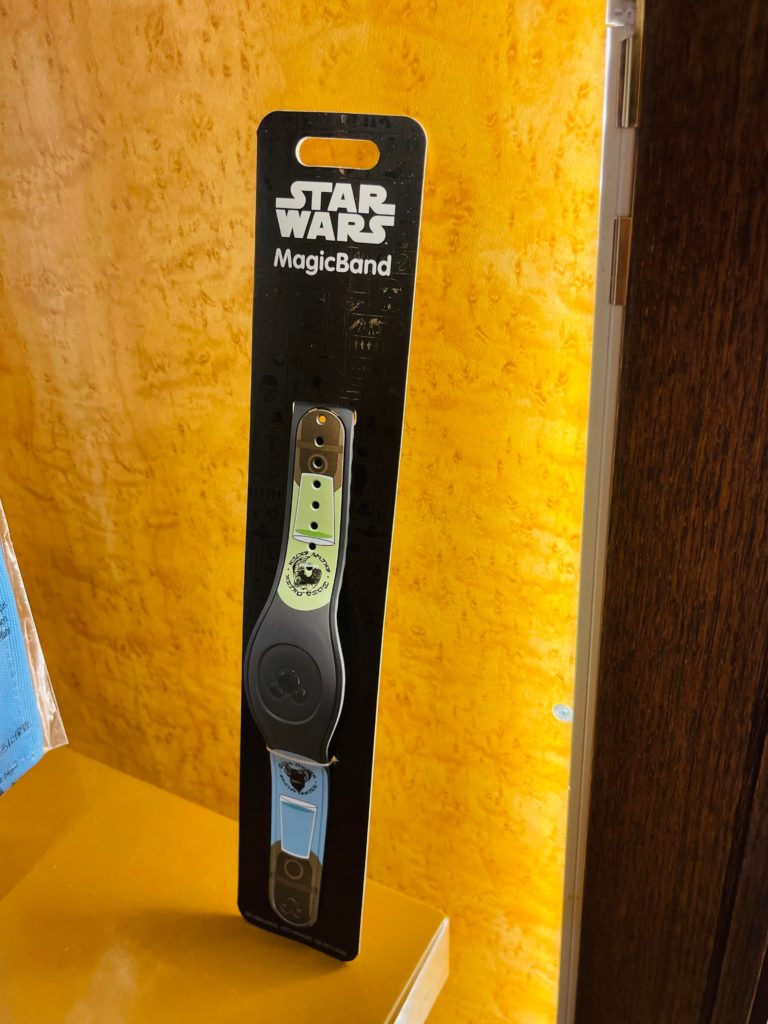 As we stated before, both of these MagicBands can be found at The Darkroom, a retail location just inside the main entrance of Hollywood Studios. For those hoping for a Green or Blue Milk during their trip to Batuu, make sure to place your mobile order to make the most of your day at the immmersive land.