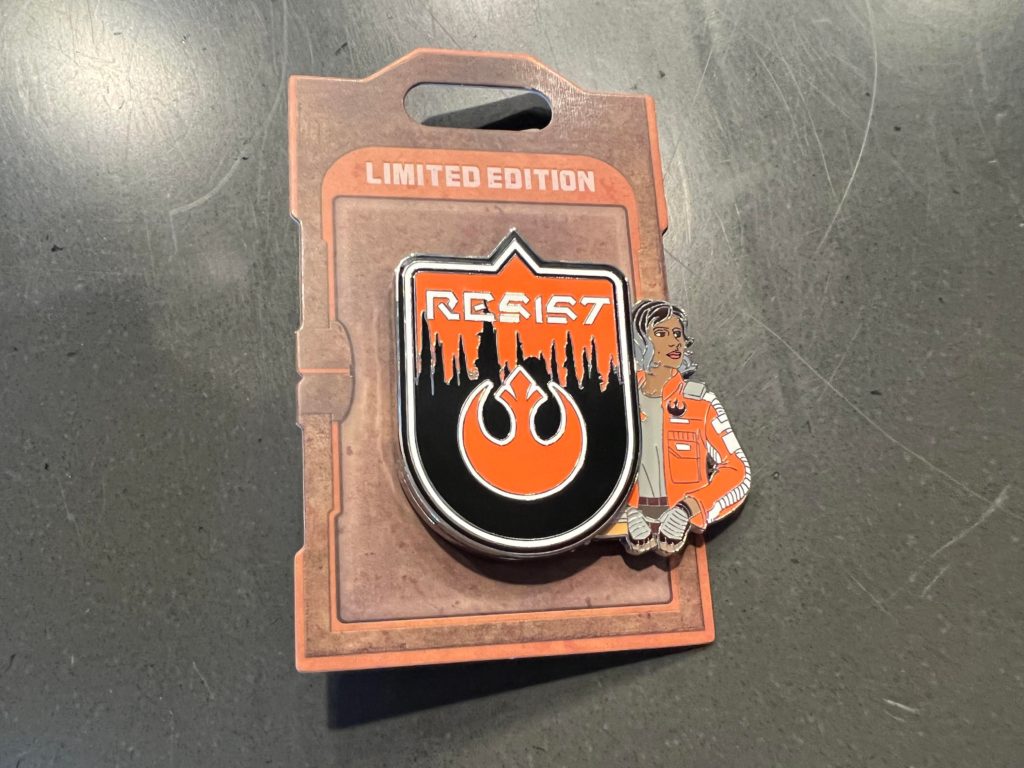 The immersive land created for Star Wars: Galaxy’s Edge intorduced us to Vi Moradi, a Resistance heroine often spotted at Black Spire Outpost. “Vi is a long-time member of the Resistance, and she’s responsible for keeping the spark of hope alive, undermining and fighting the First Order whenever she can,” according to the official Star Wars site. 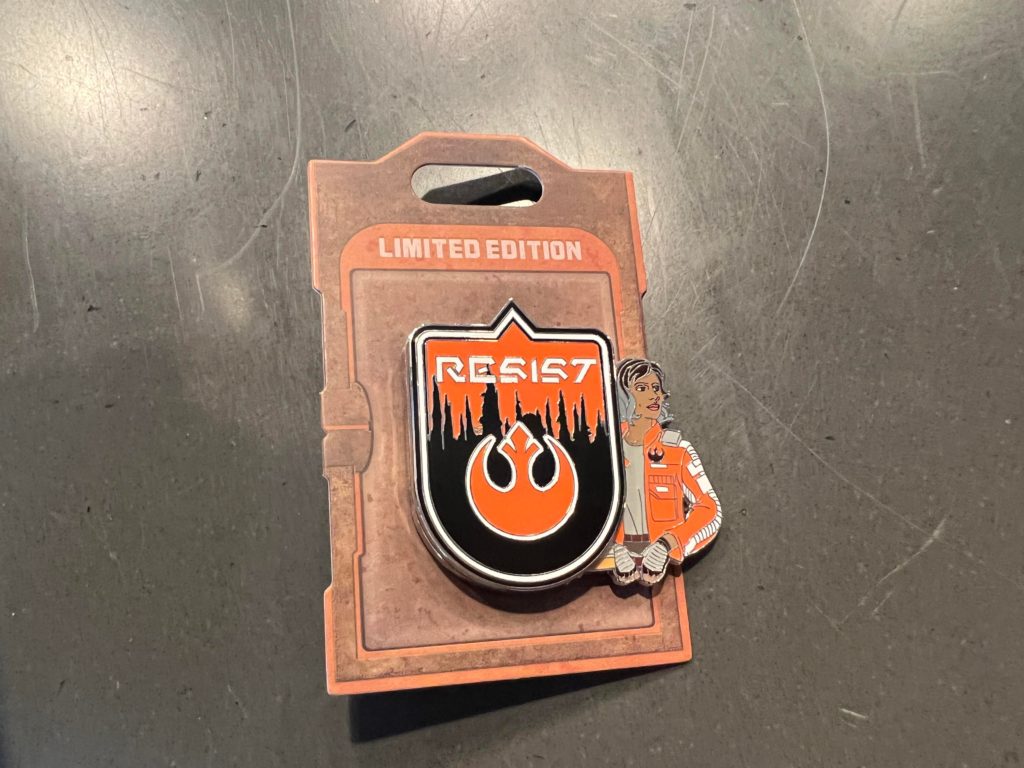 True to the land in which she resides, the pin not only utilizes her bold orange shades but also uses a deep black shade to highlight the iconic spires of Batuu. 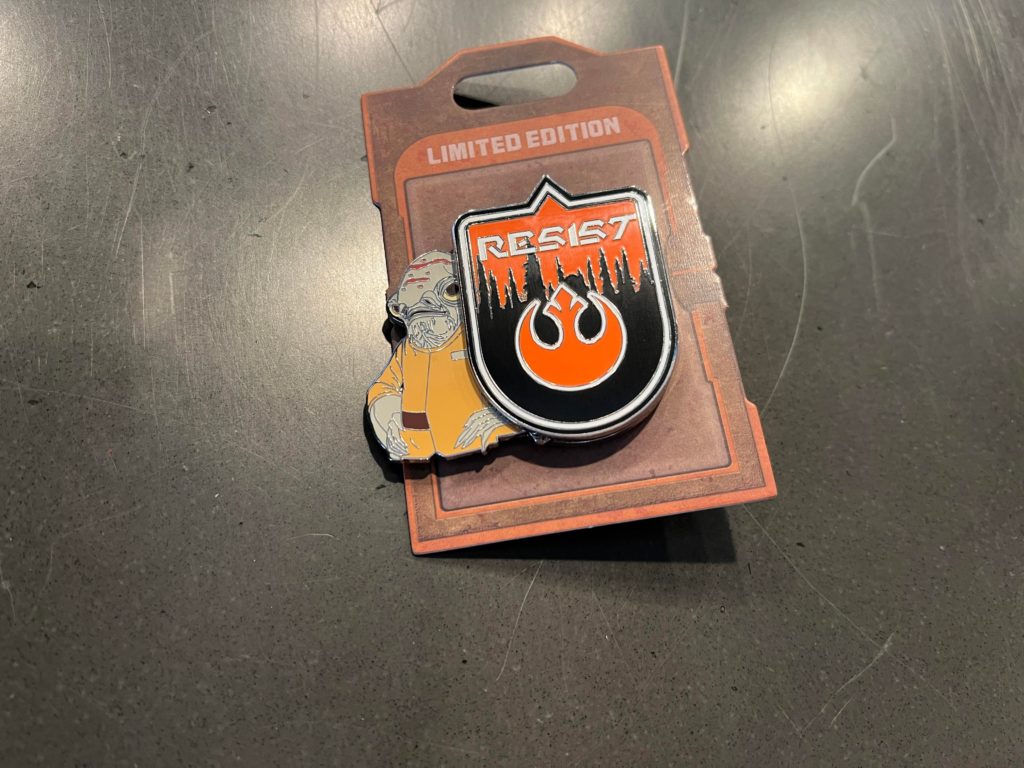 The legendary commander, Lieutenant Bek proudly stands next to the same emblem on another pin. The “Resist” message boldly features in futuristic slanted font across the shield-shaped design. In Batuu, Bek helps guests during the incredibly popular “Rise of Resistance” attraction. It’s definitely some of the most tense moments as passengers find themselves captured by the First Order. 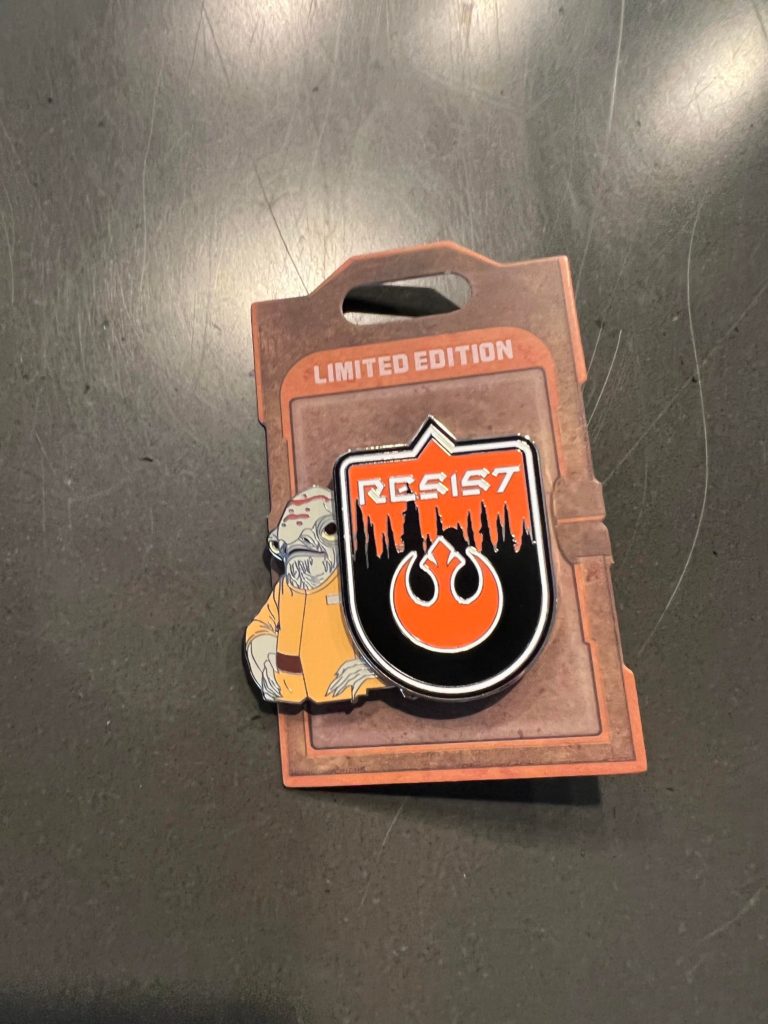 Thought to be created by Sabine Wren in “Star Wars: Rebels,” the Starbird stands as a powerful symbol for the Resistance in Batuu as well as in other Star Wars narratives. In fact, Wren makes her live action debut in the near future as a Mandalorian on the new Disney+ show, “Star Wars: Ahsoka.” 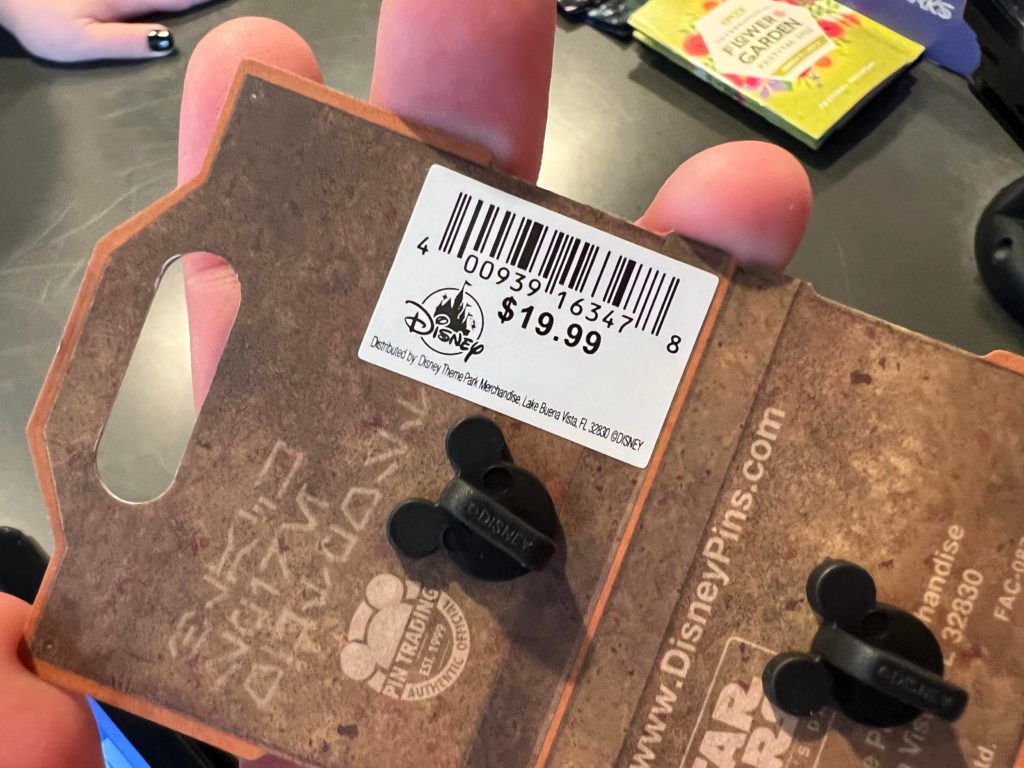 We spotted these $12.99 pins at Pin Traders, a popular stop for collectibles just under Spaceship Earth. Odds are good that they may also be found at the Resistance base on Batuu as well, but we have not seen them there yet.