With the beginning of Spring just around the corner, Walt Disney World Resort merchandise appears to have its plans set on this summer’s more patriotic holidays. Today, a new tee emphasizing the red, white and blue arrived at the Main Street Cinema. The popular Main Street U.S.A. merchandise location features the Vault Collection, a throwback line celebrating the resort’s 50th anniversary. 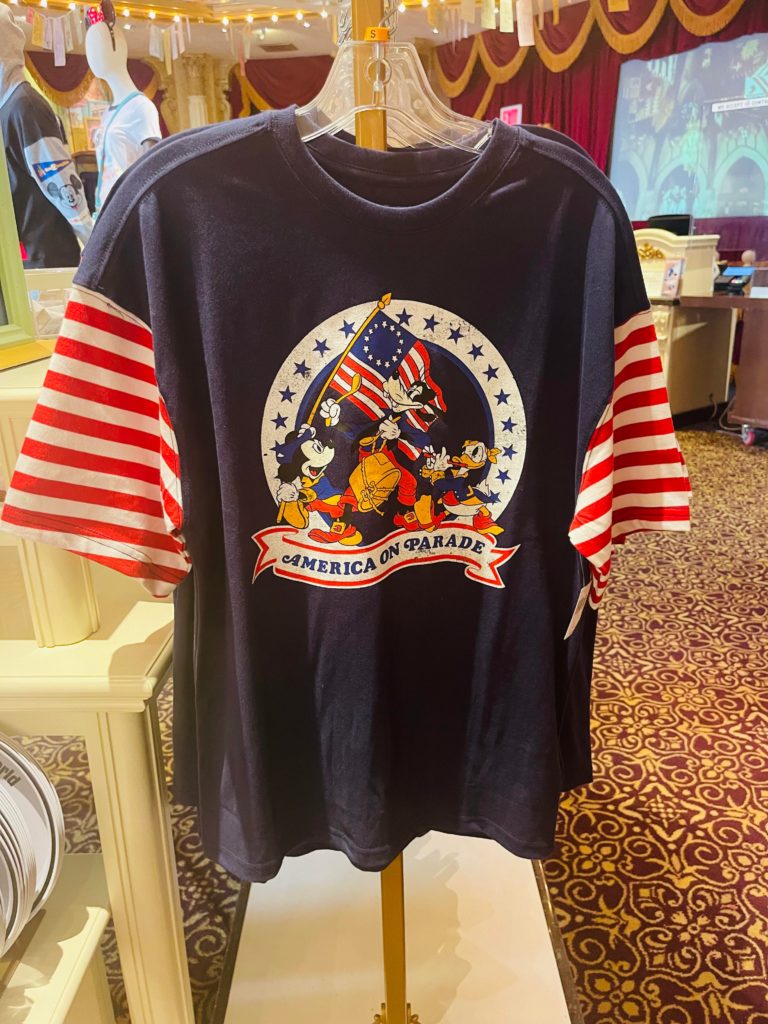 Mickey Mouse leads the way in his colonial period-inspired outfit, carrying a Betsy Ross flag. The early American flag utilizies 13 stars in a circle representing the 13 original colonies. Goofy drums along behind him while Donald Duck accompanies the trio on the fife. The three friends appear ready for the parades that often define the summer season. 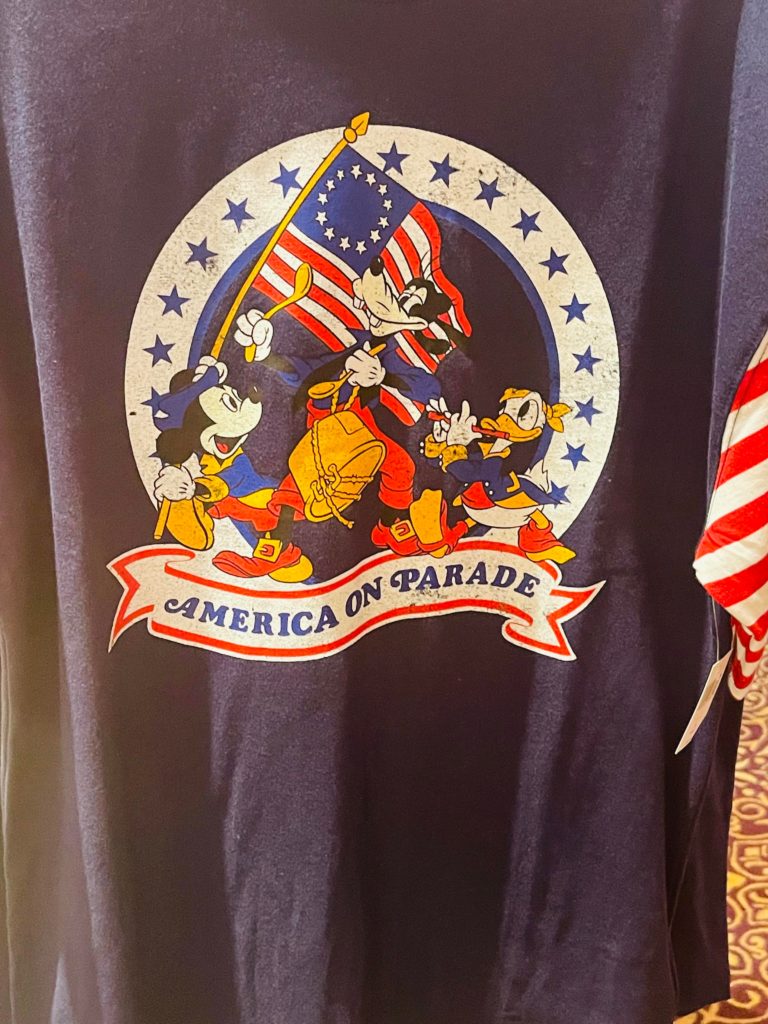 In fact, the tee also notes the annual tradition with a scrolling white banner outlined in red that commemerates “America on Parade.” Circling around the three patriotic pals, the 13 five-point stars of the flag also provide a defining boarder to the t-shirts focal point. 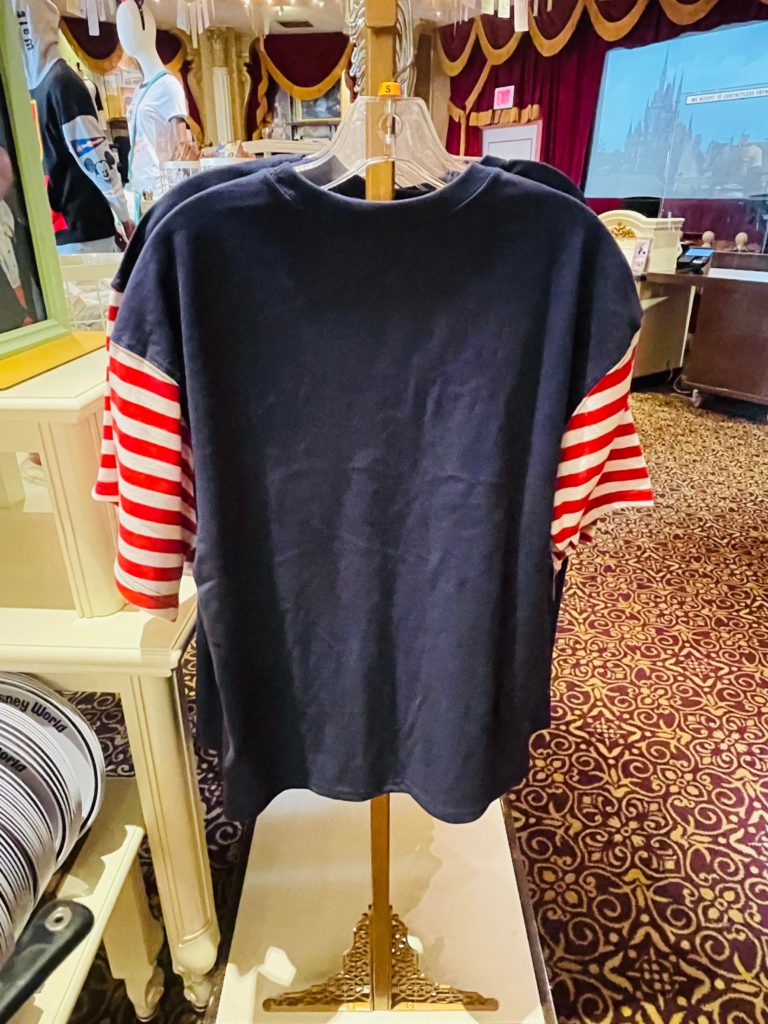 The majority of the patriotic cotton tee utlizes a vintage navy blue color. Long red-and-white-striped sleeves add a touch of whimsy as well. 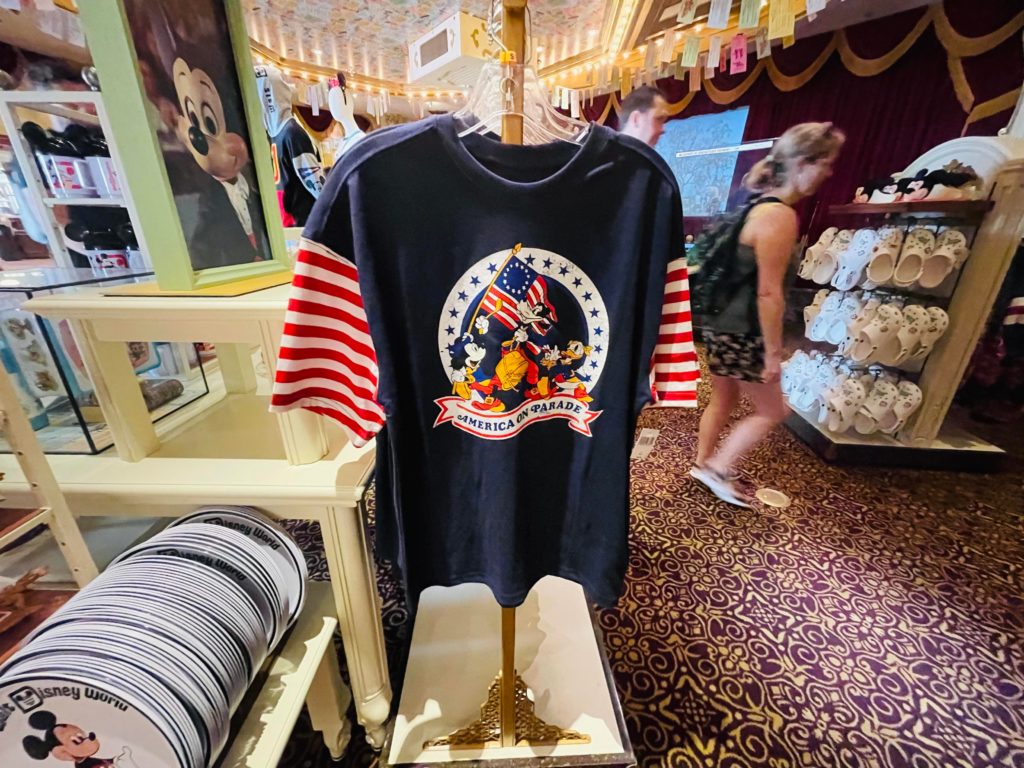 Featured alongside an abundance of other vintage merchandise, the “America on Parade” tee captures the same bold primary colors that run throughout the Vault Collection as well as the signature golden yellow that defined much of the park merchandise in the 1970s. The tee retails for $36.99. 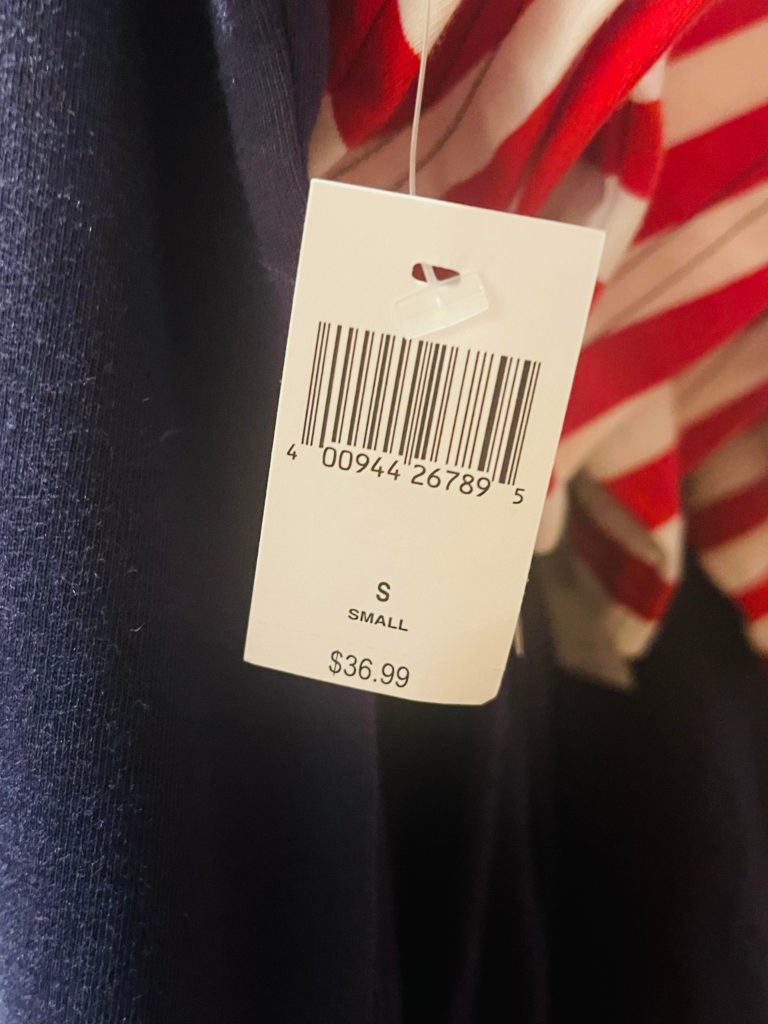 Currently, the Vault Collection primarily appears in two retail locations: the Main Street Cinema at Magic Kingdom and the Marketplace Co-Op at Disney Springs. A number of items can also be found at Port of Entry, a merchandise location at the front of World Showcase at EPCOT. 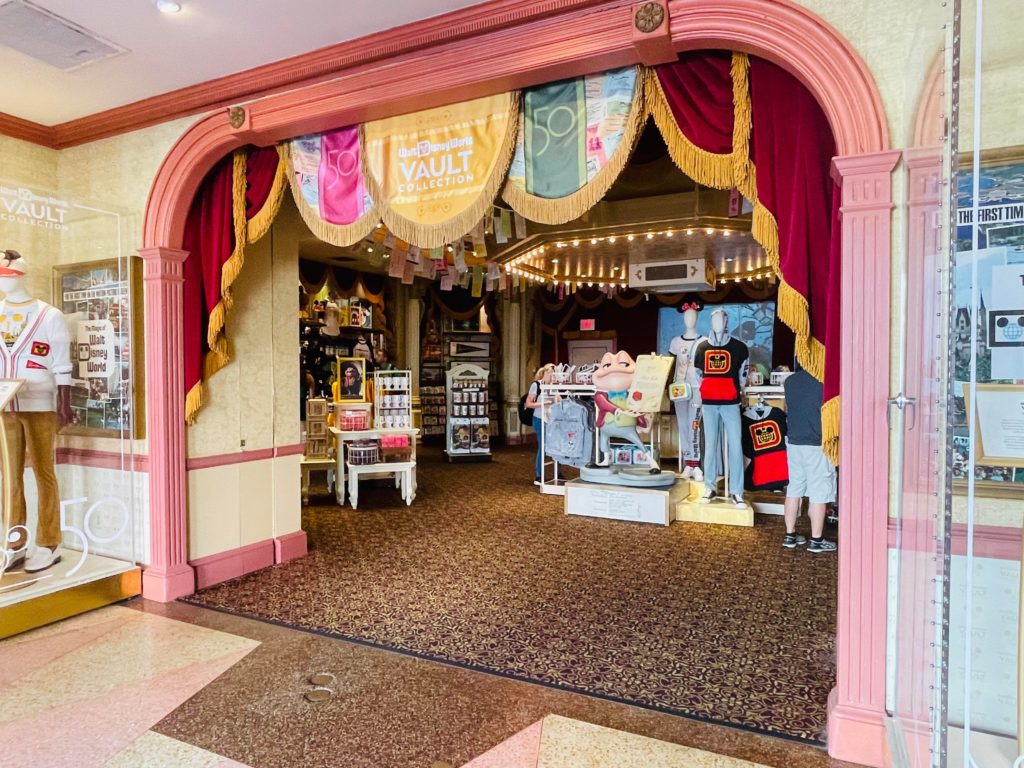 New items appear weekly in the nostalgic line. We anticipate this continuing throughout “The World’s Most Magical Celebration.” The festivities began on Oct. 1st, the resort’s actual fiftieth anniversary, and will run throughout the 18 months that follow that date.