Welcome to February everybody! This might be the shortest month in the calendar, but it’s the one filled with the most love and sweetness for sure.

With another month comes another exciting line up of pins to be released at Disneyland Paris. So, without further ado, let’s see what’s in store for the month ahead! 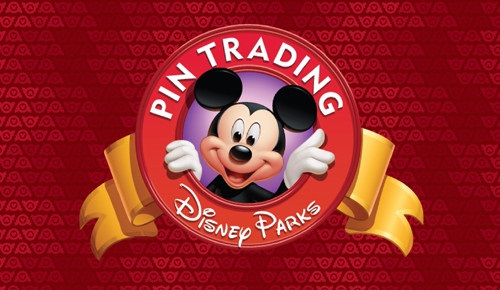 The first big pin release of the month at Disneyland Paris is set to take place on 5th. On this day, five new pins and a lanyard will be released featuring the characters of Sleeping Beauty, including a rather awesome one of Aurora’s dress, in a pink and blue muddle by the three fairies.

Also on 5th February will be the cheeky Stitch releases for the month! There are two pins featuring everyone’s favorite alien set to be released, including a hilarious one of Stitch raiding Nani’s washing basket! 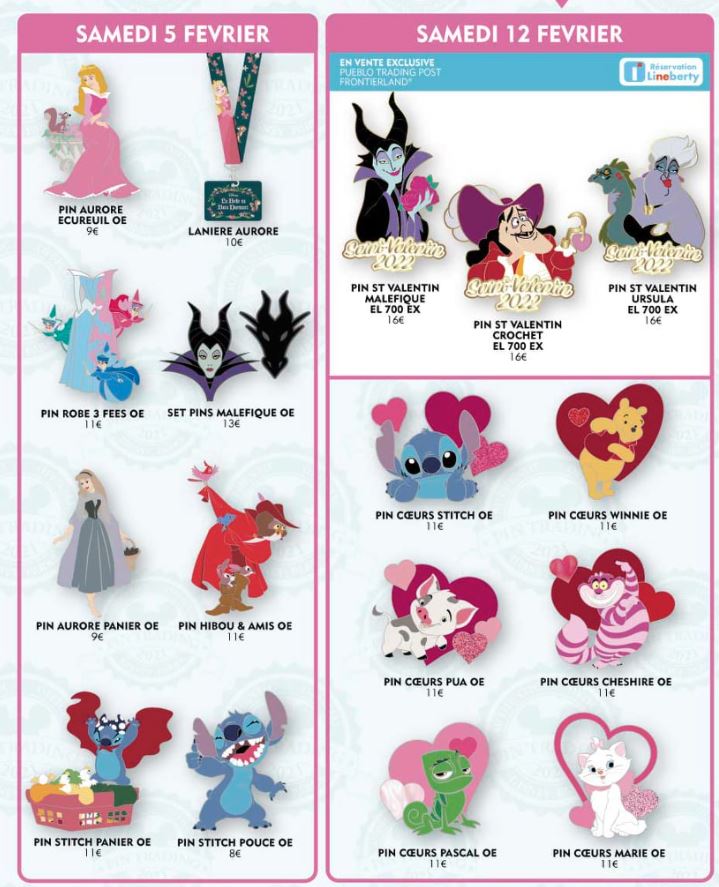 On February 12th, Disneyland Paris Pin Traders will be able to get ready for Valentine’s Day, with some truly awesome new pins! First up, there are six open edition designs featuring some of our favorite Disney character animals, posing in front of bright red and pink love hearts. If my Valentine happens to be reading this, I hope he gets me that adorable Winnie the Pooh pin!

Also on this day, there will be a release of three rather hilarious pins, showing three Disney Villains really getting into the spirit of Saint Valentin. These exclusive pins feature Captain Hook, Maleficent and Ursula, each dreamily swooning over a Valentine’s Day sign – I wonder who they’re each dreaming about? These will be released exclusively at the Pueblo Trading Post inside Frontierland, in the Disneyland Park. 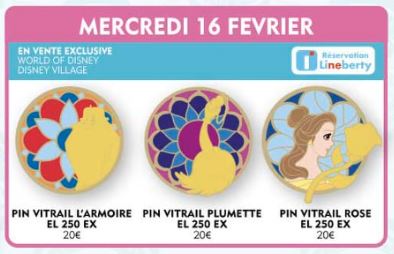 If you have been collecting the Beauty and the Beast stained-glass themed pins each month, you’ll be glad to hear that the next three are set to be released on 16th February. Going on sale exclusively at World of Disney in the Disney Village are the three newest pins in the collection, featuring Belle, the Wardrobe, and Plumette! 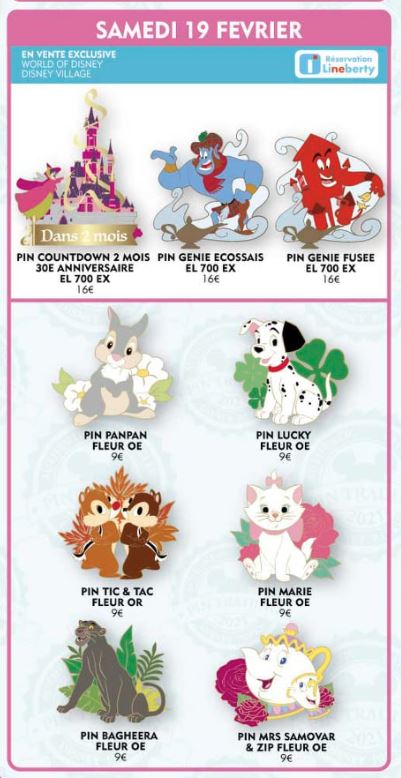 Another exclusive release will take place at World of Disney on February 19th, this time featuring a special countdown pin for the 30th Anniversary Celebration (only two months away!) and some fun Genie pins.

Also on 19th there will be six pins featuring Disney friends, each posing in front of some sweet greenery. For instance, there’s Lucky in front of some four-leaf clovers, Mrs Potts and Chip surrounded by roses, and Bagheera in a jungle!

Then, on 26th February, there will be two more exclusive releases at that store, this time adding Goofy and Figaro to the silver star collection. Finally, three stylish yet simple Minnie Mouse open edition pins will be released, complete with bright red bows. 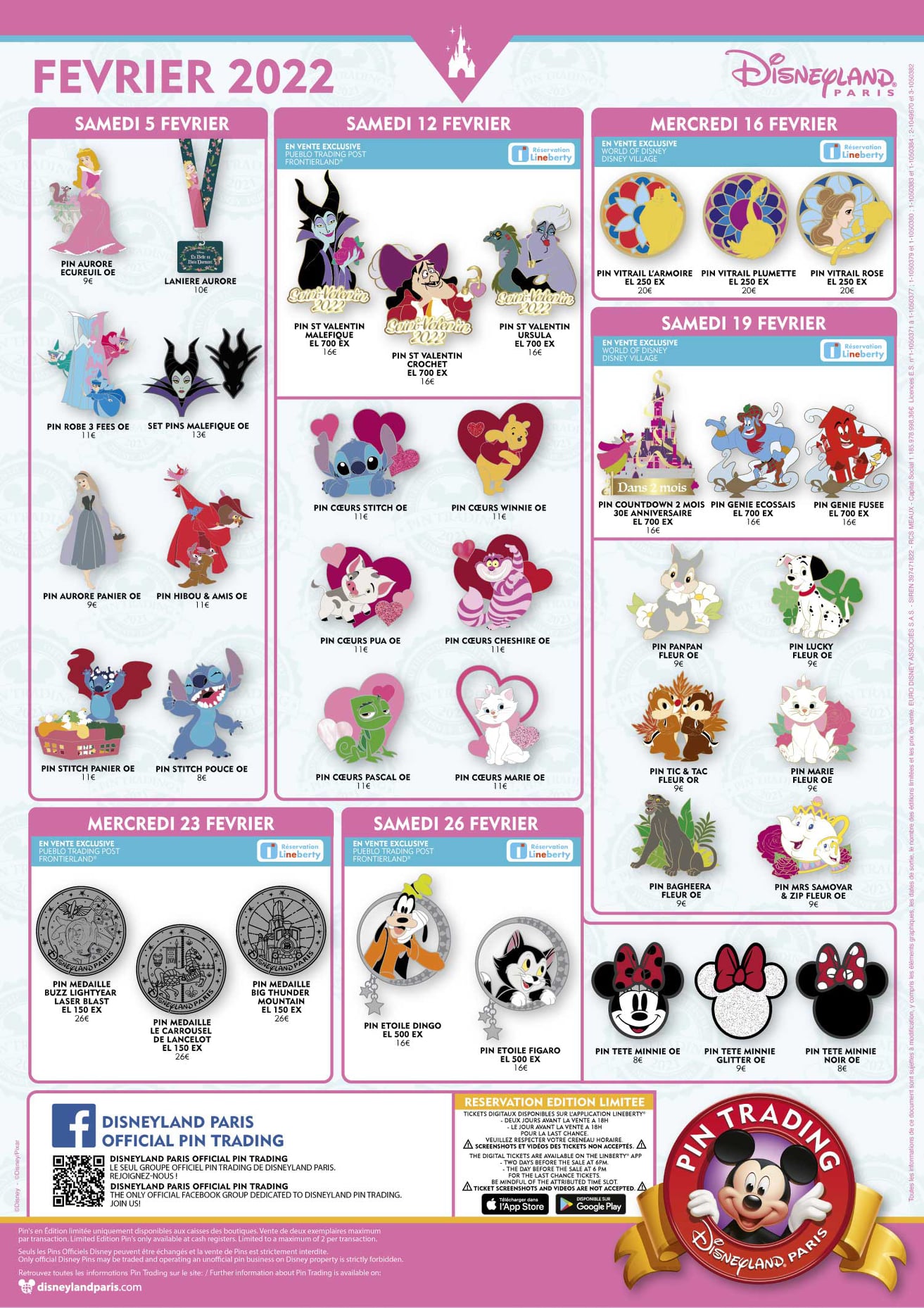 And that’s the pin release schedule for Disneyland Paris for the month of February 2022! To check out last month’s releases, click here, and stay tuned to MickeyBlog.com each month to find out more about the newest pins to arrive at Disneyland Paris and beyond!